Analyze the performance of Keith Haring.

Browse and search for Keith Haring within our price database.

An artistic revolutionary who paved the way for an ever-evolving conversation between street art and high art, Keith Haring used his work as a voice for social change in a turbulent era. His playful style, which softened some of the hard realities of his personal life, his career, and his generation, is immediately recognizable today and continues to attain remarkable prices at auction.

Born in Reading, Pennsylvania, in 1958, Haring grew up absorbing the work of famed illustrators and cartoonists and initially thought this passion would lead to a career in commercial illustration. Soon after enrolling at the School of Professional Art in Pittsburgh, though, Haring, found his art pulling him in another direction altogether. He moved to New York, where he found himself at the center of one of the country’s most thriving avant-garde artistic circles. He studied at the School of Visual Arts and dabbled across art forms, all the while gaining inspiration from those like innovative graffiti artist Jean-Michel Basquiat (a close friend) and Andy Warhol (a later mentor), Haring sought a means to create new modes of art for public consumption.

This goal was, in essence, achieved in the 1980s when Haring began a series of streamlined subway drawings that made use of simplified lines applied to various advertisements plastered to the station walls. He created so many of these drawings that they became the conduit for further innovation: each new drawing was a new space in which Haring could allow new ideas to flow forth. At the same time, Haring was also showcasing his work to an increasingly larger clientele. In addition to a monumental Times Square billboard design, Haring’s art was featured at both Documenta 7 in Kassel, Germany (1982), and the Whitney Biennial (1983).

On the heels of these accomplishments, Haring put his plan for art for the masses in action. He launched what he called “The Pop Shop” in 1986, from which he sold various paraphernalia that featured his now-iconic stylized line drawings that recalled both the simplicity and power of street art. He also embarked on an ever-increasing number of public art projects, including his beloved and vibrant “Crack is Wack” mural that adorned a handball court wall in New York’s Harlem neighborhood. He was deeply committed to working with and in communities to showcase how art could bring joy, and that passion did not wane even after Haring was diagnosed with AIDS in 1988.

Shortly after his diagnosis, he created the Keith Haring Foundation and continued to find ways to use his art for education and for funding research and care initiatives for a disease that at the time was little understood. He died in February of 1990; his work lives on, though, in important collections around the globe, and the Keith Haring Foundation continues to keep Haring’s aspirations for public art alive and well. 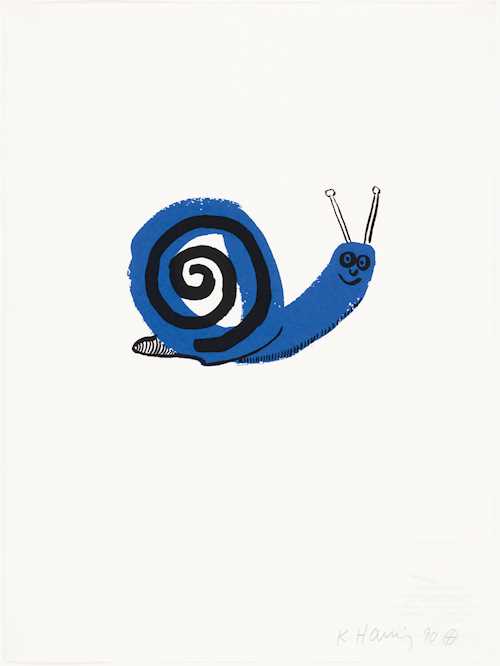 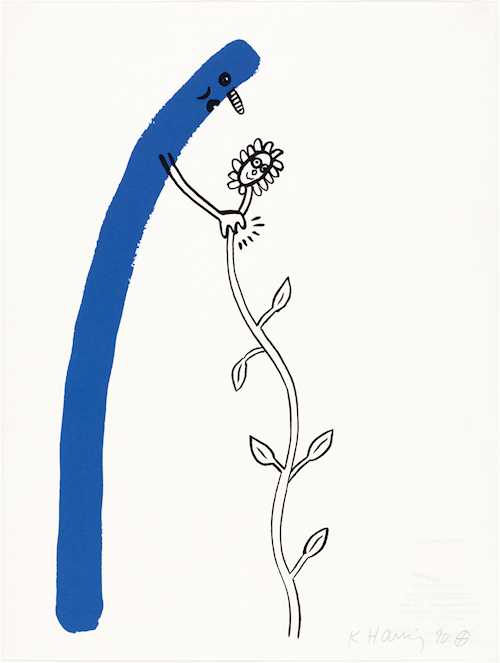 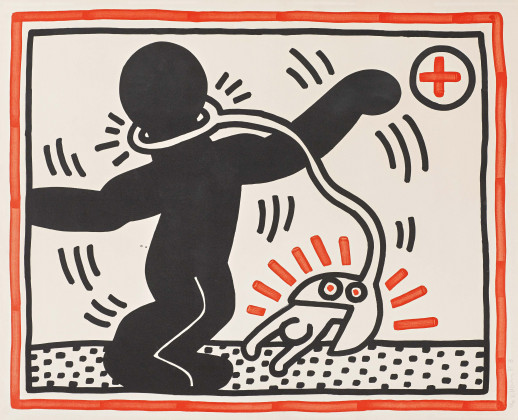 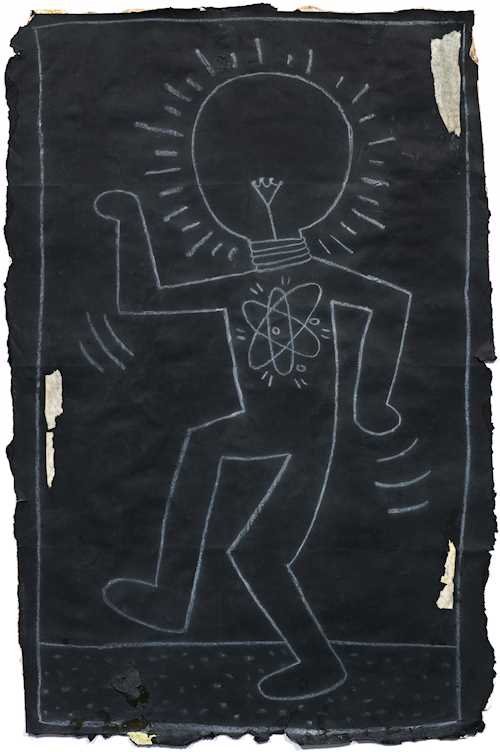 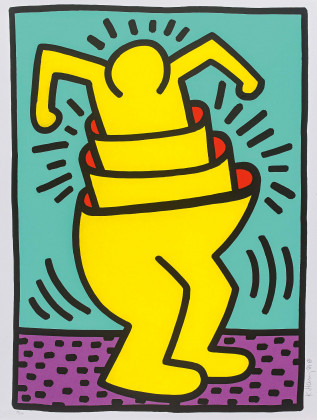 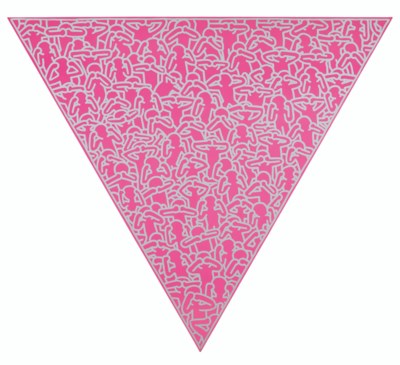 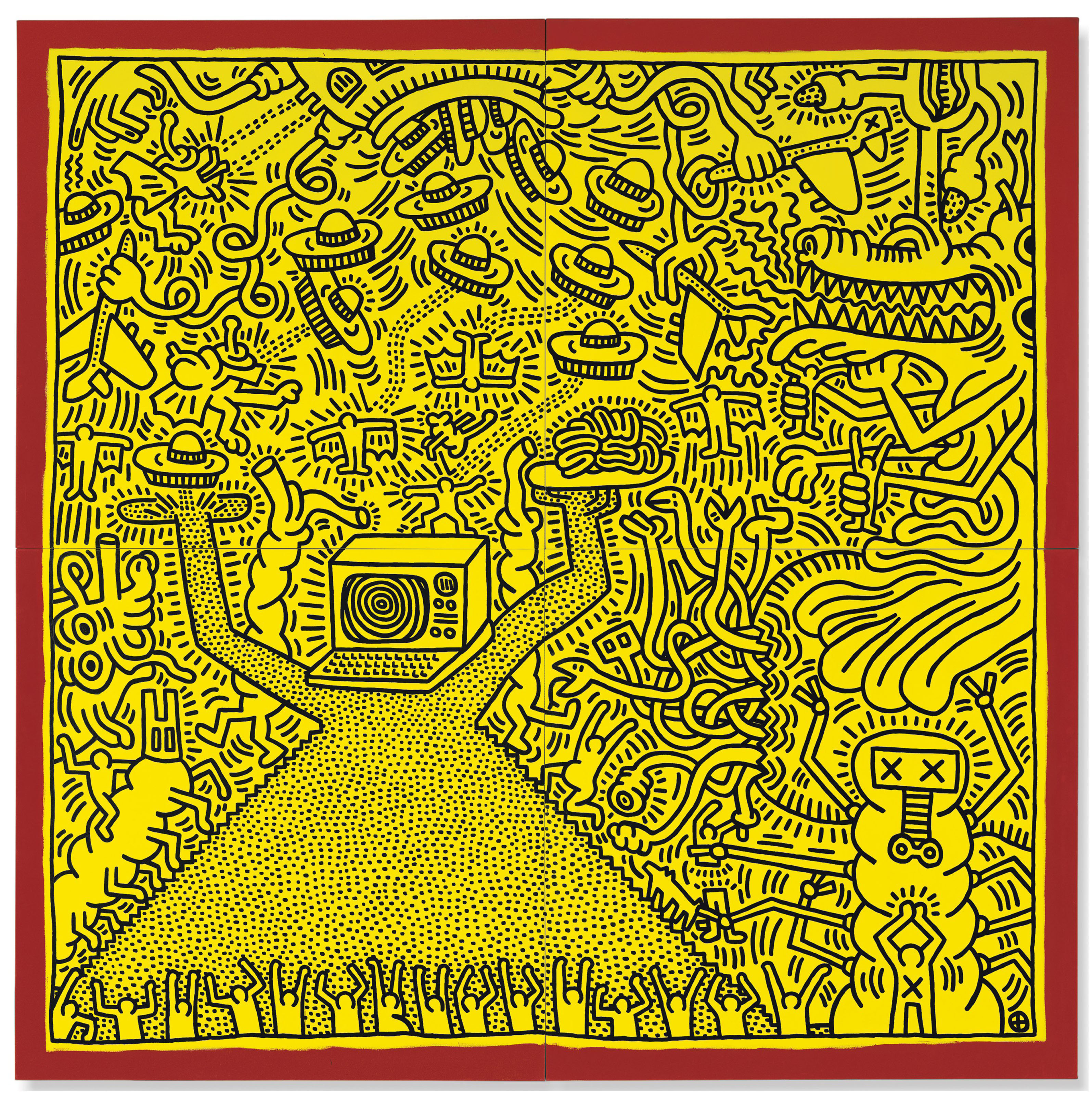 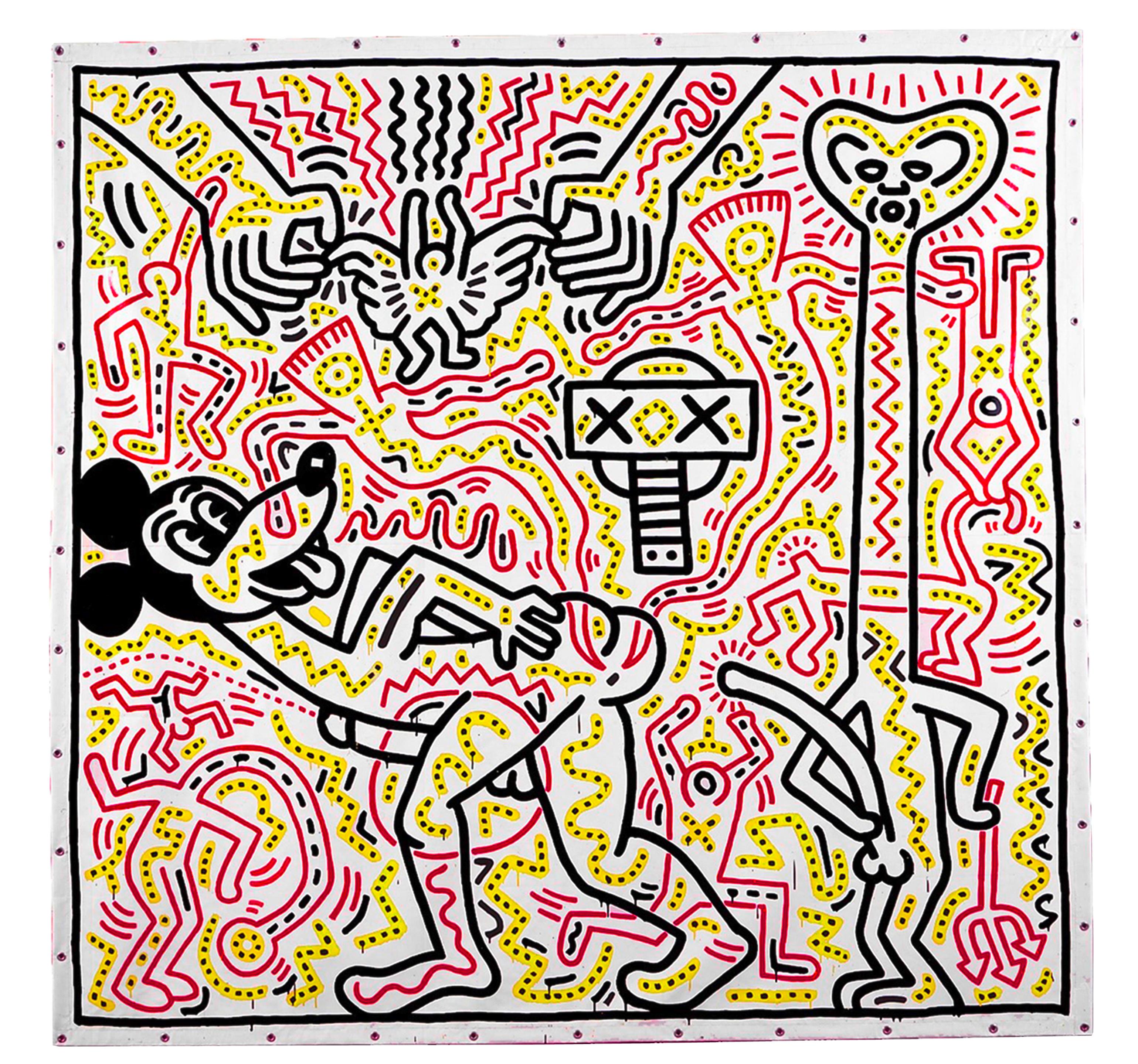 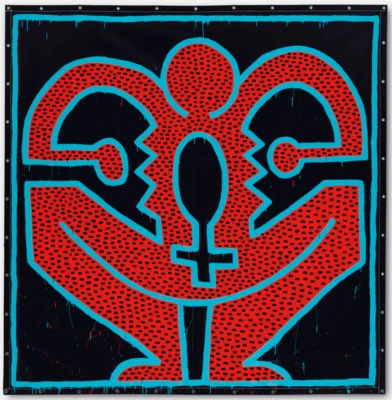 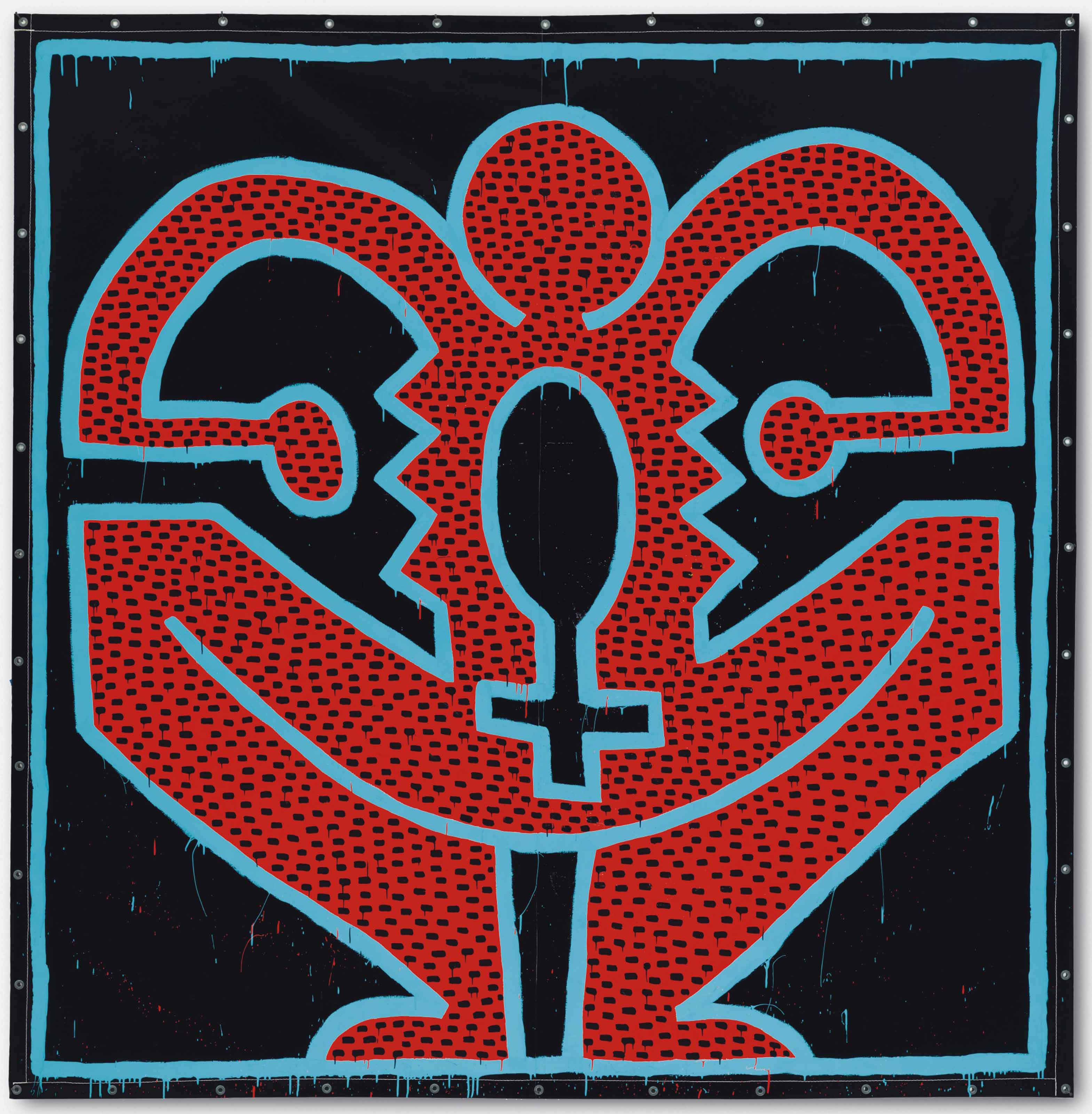 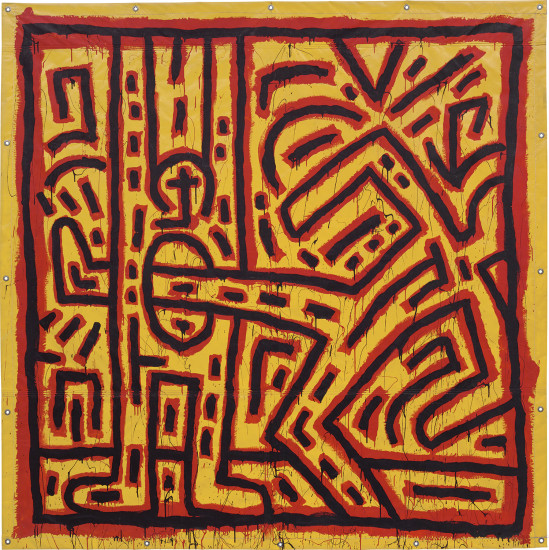 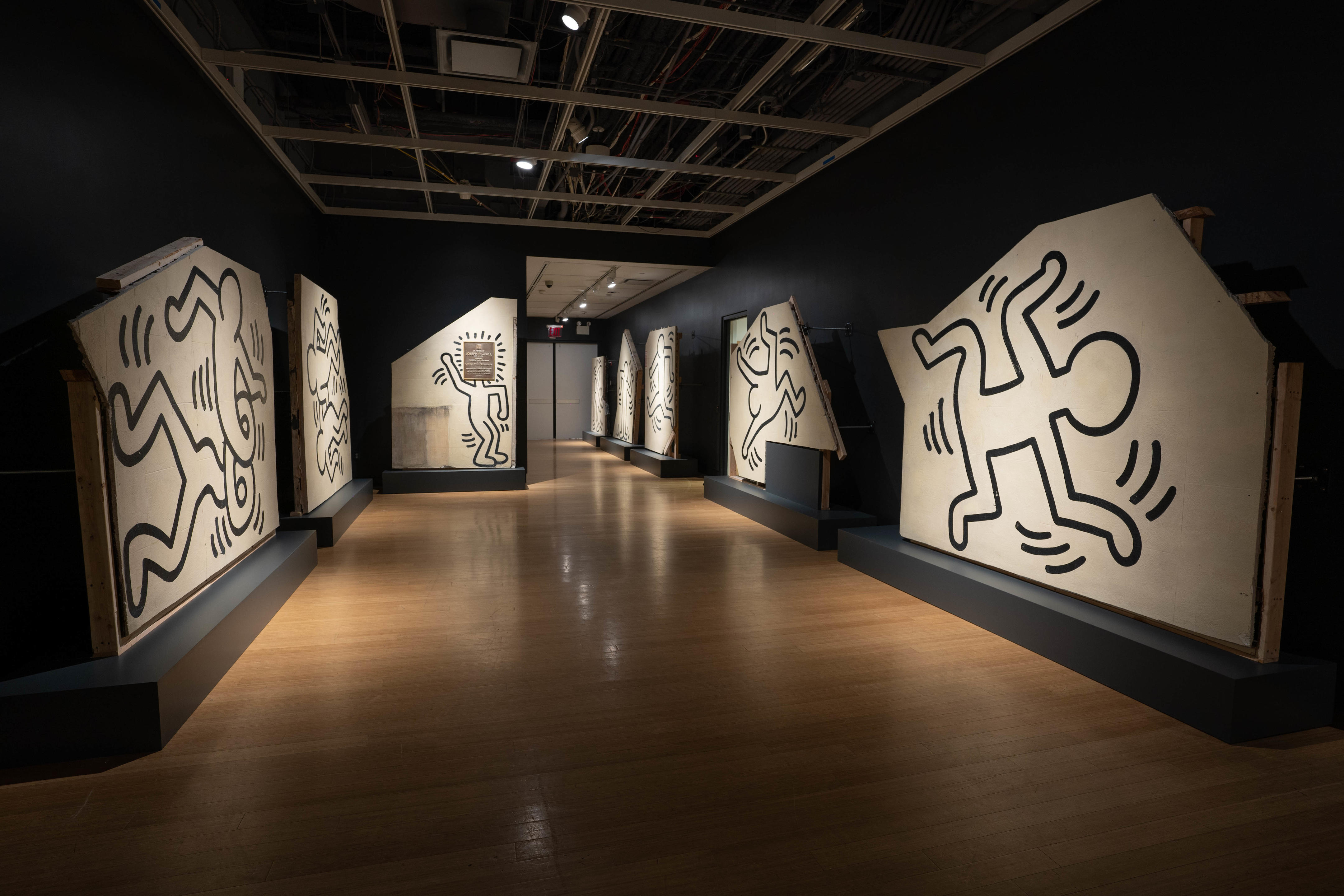 How much does an artwork form Keith Haring cost?

The most expensive piece of art by Keith Haring in our art price database was sold at 18 May 2017 by the auction house Sotheby's for US$6,537,500. The price distribution shows that most of the artworks are sold between US$1,000 and US$5,000.

Where are most artworks from Keith Haring sold?

6 works by Keith Haring are at auction. Within our Archive you will find 5158 works, 2904 of them with realised prices.

Most artworks from Keith Haring in our archive – 1338 lots – were sold in United States. At the moment the most objects (3) are offered in auctions in Switzerland.

How can I value an artwork from Keith Haring?

Please keep in mind, that our algorithm uses all works and objects of Keith Haring in our price analysis. This is due the fact, that many collectors are not only interested in f.e. paintings but also in other objects of the artist. The price distribution indicates the value of a typical artwork. You can use our Archive Search to find the realized price for a similar artwork of Keith Haring. The best indication for the value of an artwork are similar artworks that were sold in the near past.

When to buy an object / art of Keith Haring?

If you want to stay informed about new works by Keith Haring coming up at auction, you can create an alert for free.

Create an alert for Keith Haring.