The Porsche 928 was a sports-GT sold by Porsche AG of Germany from 1978 to 1995. Originally intended to replace the company's iconic 911, the 928 attempted to combine the power, poise, and handling of a sports car with the refinement, comfort, and equipment of a luxury sedan to create what some Mercedes-Benz introduced the W123 four-door versions in January, 1976. While there were some technical similarities to their predecessors, the new models were larger in wheelbase and exterior dimensions. At the Frankfurt Auto Show in September, 1977 the W123T estate was introduced; the T in the The Triumph Spitfire was introduced in October 1962 and the vehicle was based on a design produced for Standard-Triumph in 1957 by Italian designer Giovanni Michelotti. The codename for the vehicle was the ""Bomb"" and the car was largely based on the Triumph Herald saloon, throughout its life was Mercedes-Benz introduced the W123 four-door versions in January, 1976. While there were some technical similarities to their predecessors, the new models were larger in wheelbase and exterior dimensions. The 280CE models were produced from 1977-1985 and the car offered here wwas one of the later

The Jaguar XJS is a luxury grand tourer based on the XJ Saloon and manufactured until 1996 replacing the legendary E-Type from September 1975. It had been developed as the XK-F, though it was very different in character from its predecessor. Although it never had quite the same sporting image, the The Lotus M100 Elan, launched in 1989, was a two-seater, convertible sports car designed by Lotus and built with the development and testing resources of General Motors. Around £35 million was invested in its development - more than any other car in Lotus history. Its design, featuring a fibreglass The Pontiac Firebird was built by the Pontiac division of General Motors between 1967 and 2002. The Firebird was introduced the same year as its platform-sharing cousin, the Chevrolet Camaro. This coincided with the release of the 1967 Mercury Cougar, which shared its platform with another pony car The Rolls-Royce Silver Shadow was a luxury saloon car built from 1965 to 1980. It was the first Rolls-Royce to be constructed using a monocoque chassis, and to date has the largest production volume of any Rolls-Royce. The original Shadow was 3½ inches narrower and 7 inches shorter than the Silver Unveiled at the 1973 Glasgow Motor Show, the Ford Advanced Vehicle Operations division conceived and produced the equivalent of the Ford Germany made RS2600 'Homologation Special' entitled the RS3100, a very rare example of which is offered here today. For whilst the FIA International Group 2 This example of the Bavarians art was first bought new by Roald Dahl in 1982 from a dealership in High Wycombe in Buckinghamshire. It was during the owner ship and subsequent servicing regimin that the current owner first came into contact with the car as they both frequented the same garage. As The Citroën 2CV or ""deux chevaux"" or 2 horsepower was an economy car produced by the French car maker Citroën from 1948-1990. It was technologically advanced and innovative, but with uncompromisingly utilitarian and unconventional looks, and deceptively simple Bauhaus inspired bodywork, that Tasmin - 'The TVR for the 1980's' as the slogan reads.... The Tasmin was launched in 1980 to an expectant crowd and a generally warm welcome. The Tasmin signalled 'all change' for the Blackpool based sports car manufacturer as the car differed in almost every mechanical and technical detail to The Mercedes R107 was launched in 1971 and production continued through to 1989, being the longest single series ever produced by the firm, besides the G-Class utility vehicle. The R107 replaced the W113 Pagoda SL in 1972 and was replaced by the R129 SL in 1989. The R107 had the longest run of any The Ford Mustang is an American automobile, originally based on the Ford Falcon compact. The first production Mustang rolled off the assembly line in Dearborn, Michigan on March 9, 1964, and was introduced to the public at the New York World's Fair on April 17, 1964. It was, and remains one of the Introduced in 1946, the MKVI was Bentley's first post-war model. Aimed at the emerging 'owner-driver' luxury car market, the newcomer was closely based on the 1939 Mk. V (of which only fifteen were produced). Built around a massive cruciform-braced chassis with independent front suspension and a The Mini is a small car that was made by the British Motor Corporation (BMC) and its successors from 1959 until 2000. It was designed for BMC by Sir Alec Issigonis whose friend, John Cooper - owner of the Cooper Car Company and designer and builder of Formula One and rally cars - saw the potential In 1920 Rolls-Royce made the dramatic announcement … ""A limited number of Rolls-Royce chassis will be produced at the American Works … the same quality of materials will be employed as in England.'' Claude Johnson was to be Chairman of the American operation based at Springfield, Massachusetts, and The Mustang was introduced in 1964 and was well received by the public from day one, indeed the car is still in production today albeit many generations on from the 1964 model. The 1967 model had major styling revisions and was now bigger and more powerful than before. The 1968 model was visually This beautifully executed 250 GTO recreation is based on an original matching numbers, righthand drive 330 GT, the aim being to create an accurate copy of the only right hand drive 4.0 Litre five speed 250 GTO that Ferrari built for Le Mans. Completed in 1993, the chassis was shipped to Italy where The original company, TG John and Co. Ltd., was founded in 1919. Its first products were stationary engines, carburettor bodies and motor scooters. The company's founder T.G. John was approached by Geoffrey de Freville with designs for a 4-cylinder engine whose design called for aluminium pistons In 1954 the XK120's were superseded by the mechanically updated XK140's fitted with the more powerful 190bhp XK engine which had been used in the Special Equipment 120's. The new models were visually similar to their predecessors differing in external details only. The fixedhead had an extended roof The Ferrari F355 was produced from May 1994 to 1999 and was an evolution of the Ferrari 348, using the same configuration with a mid-engine V8 driving the rear wheels. Displacement was increased from 3.4 litres as used in the 348 to 3.5 litres and the F355 also featured 5 valves per cylinder which 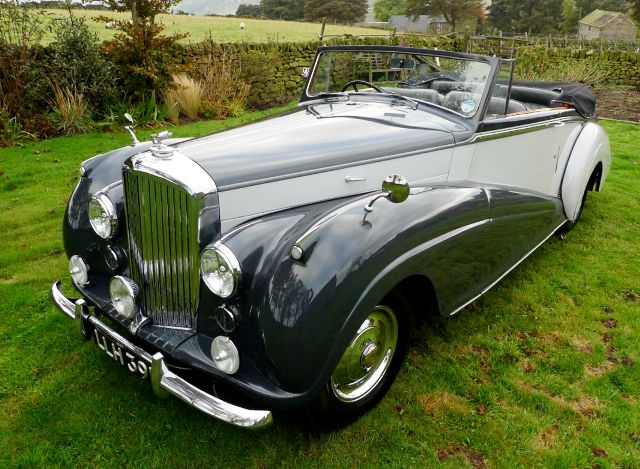 Following World War II, Rolls-Royce recognised the changing requirements of its clients, shifting away from chauffeur driven cars to ""owner-driver"" saloons, their first all new model was the Bentley Mk.VI of 1946, designed to be as compact as possible, due to steel rationing. Powered by an all new The Turbo R has something that no other manufacturer can emulate: an unmistakable and deeply ingrained quality. Inside, whether at the wheel or reclining in the rear chairs, the aura is unique. This is a jewel of a motorcar, crafted to stand the test of time.' - Sports Car International. Introduced

The Plymouth Road Runner was the muscle car variant of the intermediate Belvedere, Sebring, and later Volare saloons built by the Plymouth division of the Chrysler Corporation in the United States between 1968 and 1980. Although Plymouth already had a performance car in the GTX, they decided to go

The Bentley Arnage was launched in 1998, a large luxury saloon car that replaced the previous Bentley Turbo saloon. Built by Bentley Motors in Crewe, England from 1998 to 2009, the Arnage and its Rolls-Royce sibling named the Silver Seraph, were introduced in the Spring of 1998 and were the first In 1971 the Jaguar E-Type was 10 years old and needed a new lease of life. However, history repeated itself and the new series III was a huge success when Jaguar debuted its robust new engine in a sports car instead of a sedan, for which it was designed. Despite its sports-car heritage, Jaguar