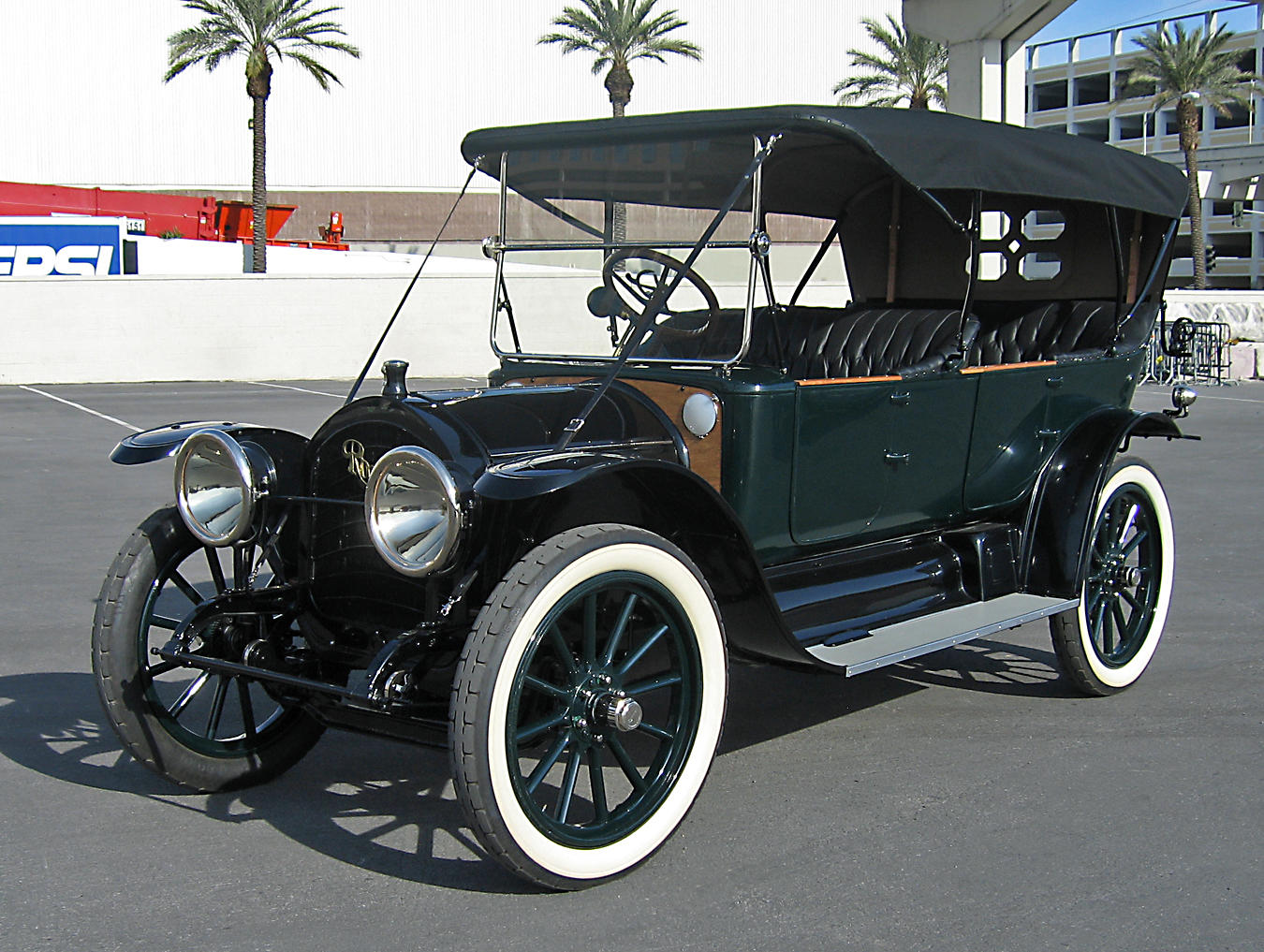 Thomas Jeffery was a bicycle manufacturer, his Rambler model the second-best-selling cycle in the United States during the 1890s. At the turn of the Nineteenth Century, Jeffery became interested in the automobile, and built a single-cylinder car in 1897. The following year, with his son Charles he built two more and exhibited them in shows in his home city of Chicago and in New York. The new cars had front-mounted two-cylinder engines and left-hand drive and were given a good reception by show-goers and the press. Although the cars were not displayed with a particular name, the press generally referred to them as 'Ramblers,' the brand with which Jeffery was well known. In 1901, the Jefferys sold the bicycle business to Colonel Albert Pope’s conglomerate, the American Bicycle Company, and went decisively into automobile manufacturing, taking the 1898 car to a new plant in Kenosha, Wisconsin, to work up production. The car that they introduced in February 1902, however, was rather different, having its single-cylinder engine under the seat and being steered by a tiller on the right. Customers found it attractive and 1,500 were sold in the first year at a price of $750. Rambler cars enjoyed excellent sales, placing third in 1905 and 1906 and remaining in the top ten throughout the decade. Thomas Jeffery died of a heart attack in 1910. In 1914, to honor his father’s memory, Charles Jeffery re-christened the ‘Rambler’ car with the family name. But in 1915, having narrowly escaped death at the sinking of the Lusitania, Charles experienced an epiphany and chose to retire. He sold the company in 1916 to Charles Nash, after which the Nash name was gradually phased in. This 1913 Cross Country model is from the last year before the cars were re-named ‘Jeffery.’ Restored by a previous owner in 2001, it is painted in the correct colors of Brewster Green with black fenders, splash aprons and hood. The seats are also in the correct pattern, upholstered in black leather. In 1913, Rambler produced a single series, the Model 83, in four body styles. At the top of the catalog was a seven-passenger ‘Gotham’ limousine, below it a four-passenger ‘inside drive’ coupe. The four-five passenger touring car and two-three passenger roadster were both given the name ‘Cross Country,’ a designation revived in 1954 for a station wagon version of Nash’s popular Rambler, a name retrieved in 1950 for the company’s new compact car. The recipient of a quality restoration, this car runs and drives well. Its 42 horsepower, 318 cubic inch four-cylinder engine has individually cast cylinders and magneto ignition. It is water-cooled, with pump circulation, and has an accessory speedometer, folding windshield and full canvas top. Rambler cars were guaranteed for 10,000 miles in 1913. This car will please a new owner whether in show, on tour or simply attracting admiring glances in the street.