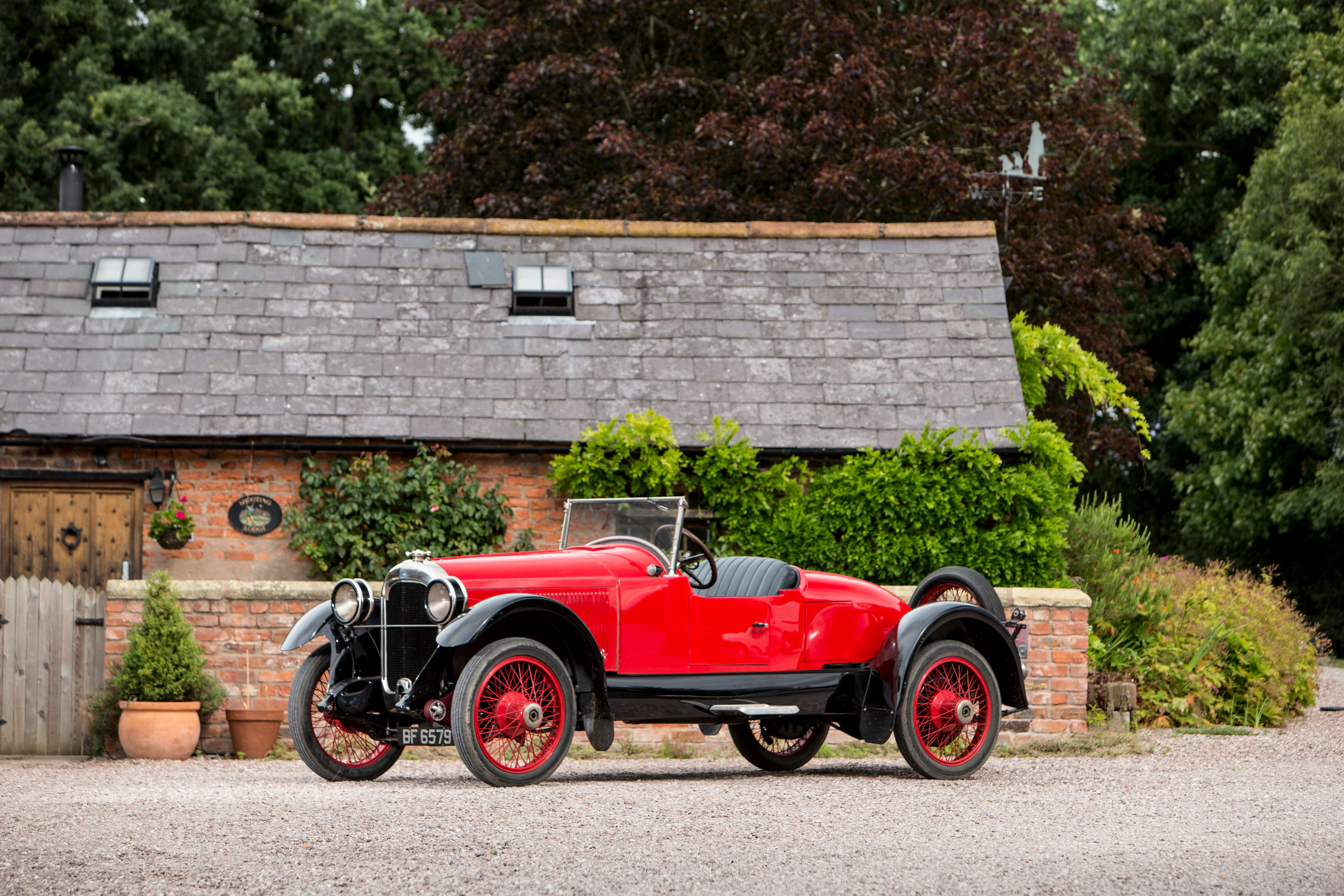 5,430cc Flathead Continental Inline 6-Cylinder Engine Single updraft bronze Rayfield Carburetor 70hp at 2500rpm 3-Speed Manual Transmission Solid axle front and rear suspension 2-Wheel Drum Brakes *One of 18 believed surviving Daytona Speedsters *One of the first 100mph capable American built stock cars *Sporty and stunning good looks *Recent Mechanical Restoration THE PAIGE MOTOR COMPANY Around 1909, Frederick Osgood Paige and Harry Mulford Jewett joined forces to establish the Paige Detroit Motor Company and would subsequently build motorcars from 1909 until 1927. The highest engineering standards were employed seeing potential much in the same fashion as Rolls, Johnson, and Royce on the other side of the Atlantic. In 1910, Fred Paige left the company and Jewett took over as president, shutting down the assembly line in order to reorganize the engineering department to build a more conventional design. In total, the company sold around 800 vehicles in its first year. Eventually, the 'Paige Detroit' became 'Paige' and total production is said to have amounted to around 400,000 vehicles, with peak sales of 43,500 in 1923. Paiges were large, powerful cars for the period that featured substantial engines and sporty styling. Some models, like the Brooklands and later Daytona, were named after famous motorsport venues. In 1921 a stock Paige 6-66 Daytona was one of the first production cars to breach the 100mph barrier. Subsequently, Paige introduced the Daytona Speedster to celebrate this achievement. THE MOTORCAR OFFERED Paige's head of marketing in the early 1920s was ahead of his time; he realized that speed sells. On January 21st,1921 with factory support in Daytona Beach, FL, a stripped down but otherwise stock Paige Speedster covered the measured mile in 35.1 seconds. This equaled a speed of 102.8 mph and established a new record for an American production car. Later, the same Paige set a long-distance record in Australia traveling from Brisbane to Adelaide in 68 hours. The earliest known owner of the car on offer is Mr. Henry Vogt of Sacramento, CA in 1956. It is believed that he owned this car until his death in 1980. It then passed to another private collector who began a restoration. The motorcar would subsequently pass through a few more owners, but none ever fully completed the project. In 2013 the car was purchased by the consigner and shipped to the UK. At the time it was a complete yet partially disassembled restoration project. The consigner then went about the process of putting the car back together. The car was stripped to a bare chassis and reassembled. A full engine rebuild was completed. The details of which included new pistons, rings, and repoured engine bearings. Additionally, a slew of new parts found their way into the car including a new camshaft that allows for a small amount of valve overlap, a lightened flywheel. Lastly, the compression ratio was increased to improve performance. To make the car a safe and reliable touring car, the axle and gearbox were also rebuilt. The back axle received new bearings and stronger half-shafts from a 1922 model. It was then converted to 12 volt electrics, and the car was completely rewired. Flashing turn signals were also incorporated into the cowl and rear lights. The Paige Daytona Speedster is one of the only true American sports cars that was built in the early 1920s as the manufacturer promised 80 mph plus performance from the fully road going Daytona. One of 18 known survivors, genuine Paige Daytona Speedsters seldom come available for sale. This automobile makes a great alternative to a Mercer or a Stutz with exciting performance and incredibly good looks. This Paige is freshly rebuilt and ready for a slew of vintage car tours or just as an enjoyable driver. With their rarity and iconic speed records, the Paige Daytona will be a coveted collector car for years to come. The opportunity to acquire this iconic surviving example should not be missed. 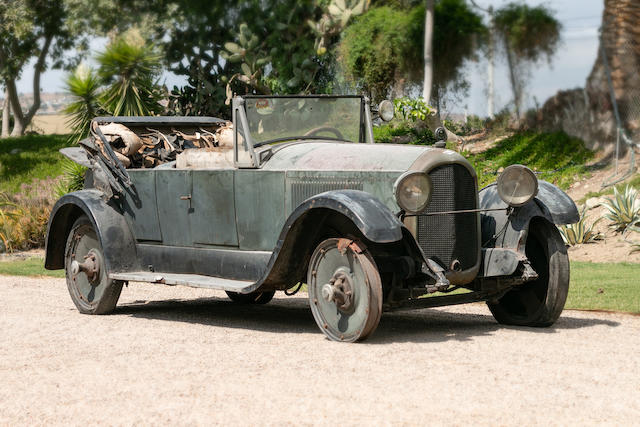