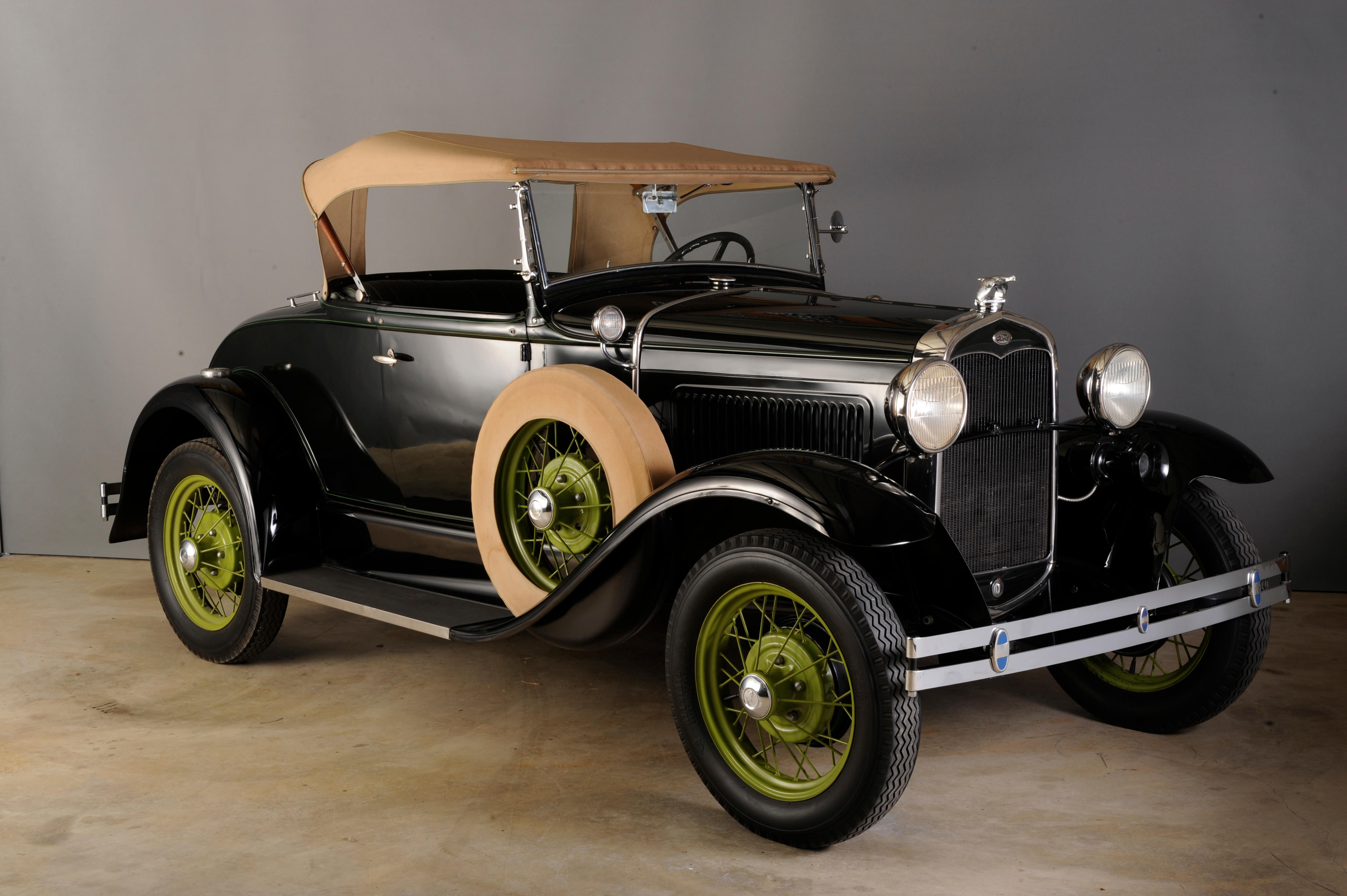 The Model A had big shoes to fill in succeeding the legendary Model T and the very timidity of its changes reflected both Henry Ford’s reluctance to put the Model T behind him and the corresponding reluctance of Ford’s legions of satisfied customers to take anything but baby steps away from the tried, true and familiar Model T. There was no planning for the changeover, and in the process Ford shut down its immense River Rouge plant – the legendary factory where iron ore went in one end and Model Ts came out the other – for months, losing momentum and market position to its faster-moving competitors. When it was finally introduced in December of 1927, the Model A was substantially different from the Model T, but at the same time it was still a 4-cylinder and it still had transverse leaf spring suspension. There were many improvements, important evolutionary elements like pumped water cooling, coil ignition, sliding gear 3-speed transmission. The 103 1/2 inch wheelbase was longer, making room for bigger, more luxurious, bodies. The 200 cubic inch 40 horsepower four-cylinder engine had the legs to carry the heavier coachwork of Ford’s new Fordor sedans. However many of the visual changes incorporated in the Model A had been foreshadowed in the styling evolution of the Model T in the late Twenties. The Model A was different, but it still looked like a Ford, and that was probably a very wise and sensible thing for Ford to do. 1931 saw a milestone passed at Ford: the production of the 20 millionth Ford automobile, only 23 years since the first, hand-assembled Model T rolled out of Ford’s shop and only about 17 years since the first moving assembly line began operation. The automobile itself was barely forty years old, an astounding progression that saw the automobile, led by Fords, permeate and influence the structure of society. A Model A roadster was under $500, even with Deluxe trim and accessories, and within reach of a modestly successful tradesman, farmer or clerk. The Paine Collection’s 1931 Ford Model A Roadster is typical of the time. Finished in basic black with green coachline and green wire wheels mounting blackwall tires it has dark green vinyl upholstery and a beige cloth top with matching covers on the dual sidemounted spares. It is fitted with a quail radiator cap ornament, rumble seat, luggage rack, Sparton horn, outside rear view mirror and a single vacuum powered windshield wiper. An older restoration, it shows some subsequent use. The top and sidemount covers have some discoloration but the paint, chrome, upholstery and glass are very good for the restoration’s age. Underhood the engine shows evidence of some past coolant leaks but is ready to be returned to nearly like new condition with conscientious detailing. A 1931 Model A Roadster still has the appeal it did nearly 75 years ago. It won’t exactly keep up with freeway traffic but the traffic will slow down to look and wave approval. It has a jaunty air of carefree enjoyment that appeals to collectors, an elemental combination of good looks and top down enjoyment that is accessible and devoid of pretentiousness. Model A clubs abound, with events, tours and gatherings as well as good company and abundant support in maintenance, operation and restoration. It not is only one of the most important automobiles in American auto history but also is one of the most enjoyable to own and use and this example is perfect to introduce collectors and the public to the experience. 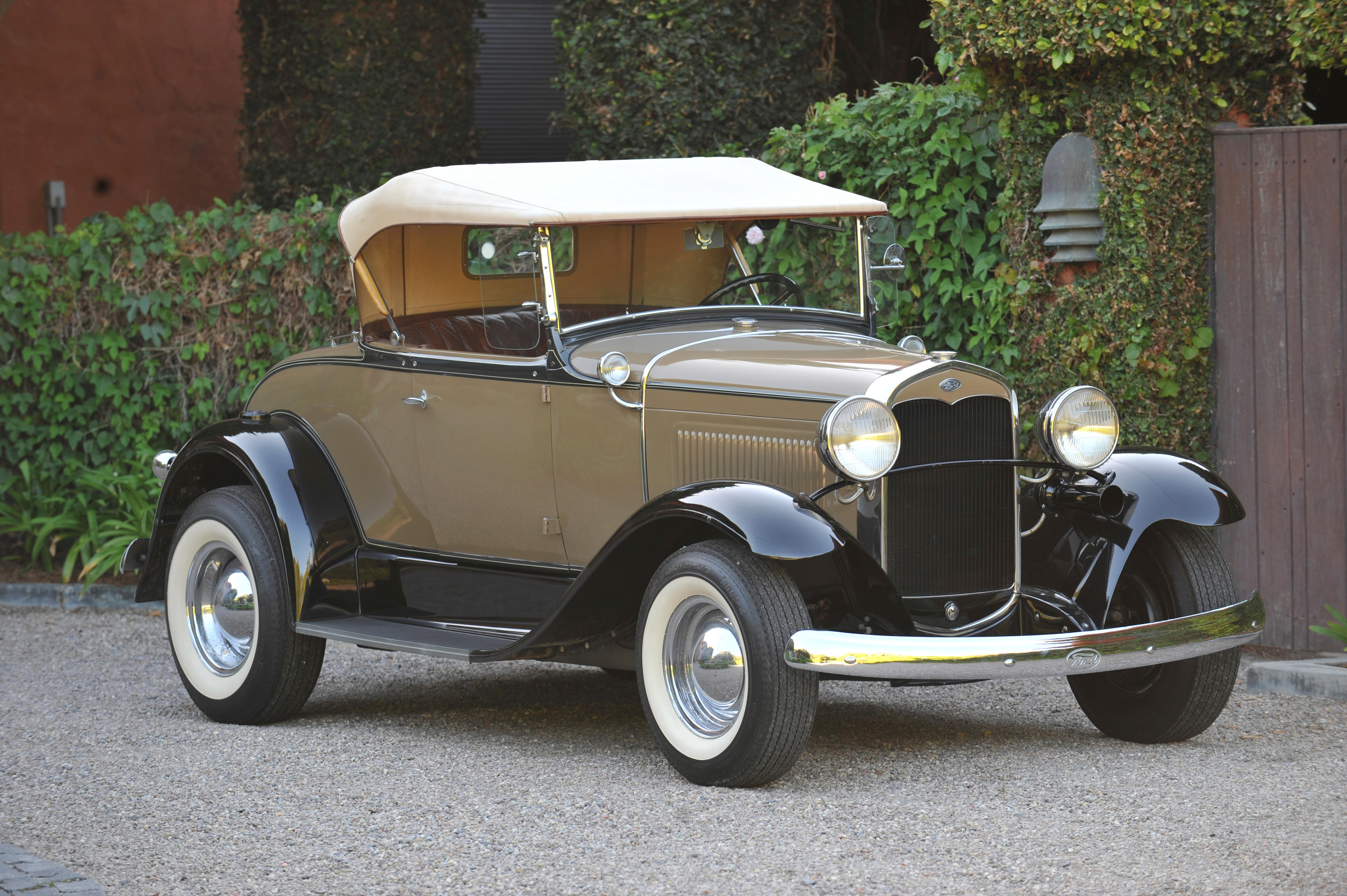 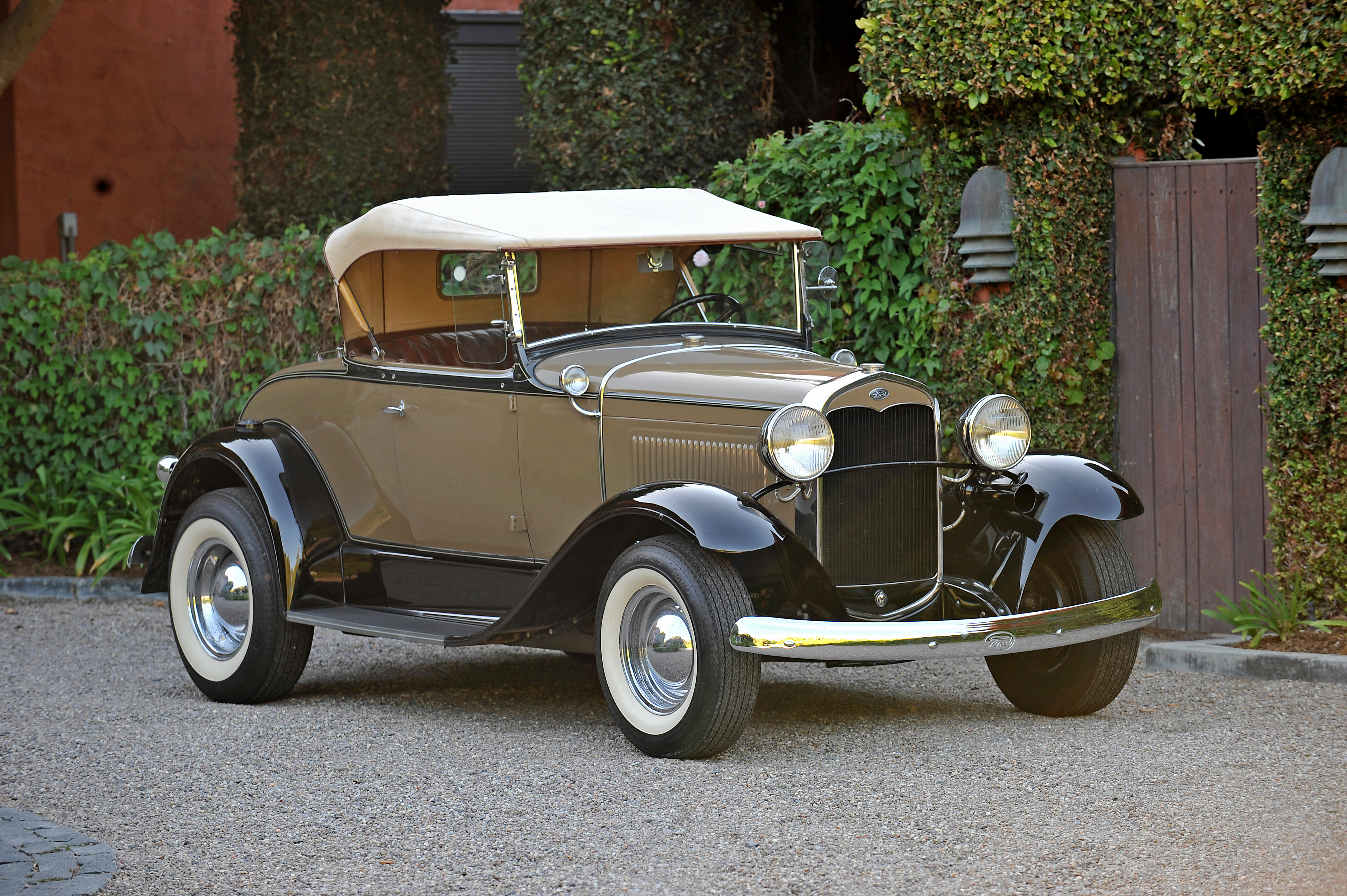