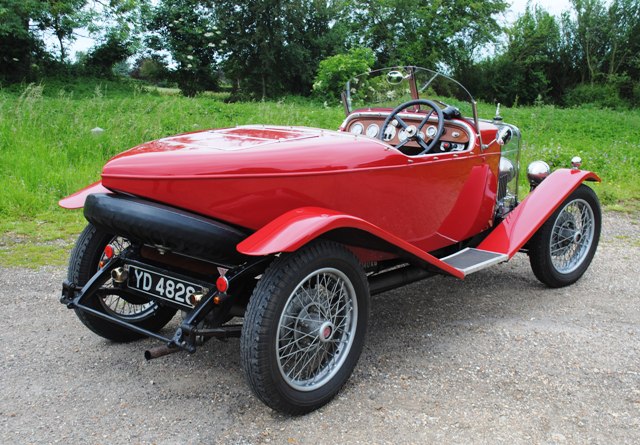 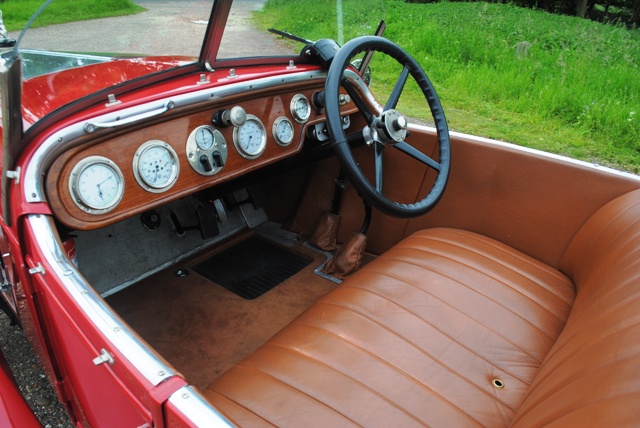 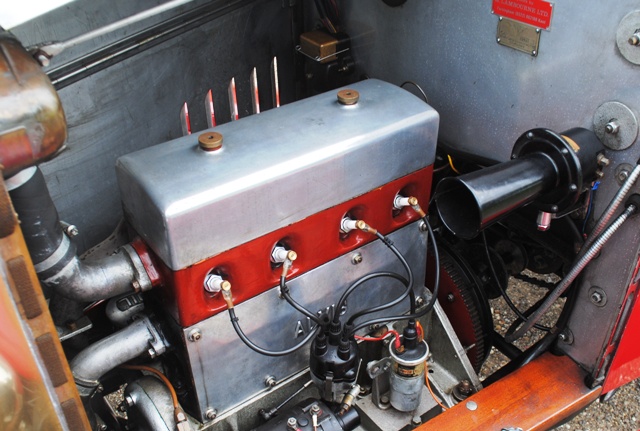 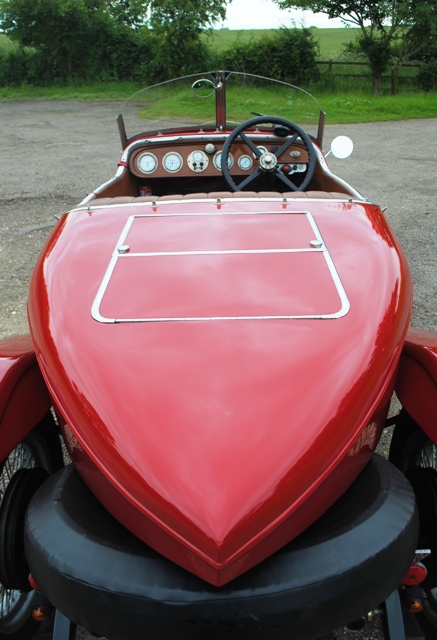 The 12/50 was the car which really marked the arrival of Alvis as a serious and successful car maker and set the standard for the remainder of the company's car production. Alvis took the basic side valve design and converted it to pushrod overhead valves in 1923. All subsequent production Alvis cars had overhead valves. It was immediately apparent that this was a quite exceptional 1500cc sports car and, with minor changes, it was reborn as the immortal 12/50; the very quintessence of the vintage sports car. The 12/50 was produced over a long period but discontinued in 1929 when the firm pinned its faith on the front-wheel drive models. When these failed to win wide acceptance, the 12/50 was hastily re-introduced and is believed to have saved the firm. Most of the early examples had overtly sporting coachwork, either the classic ducks-back on the 9'0½"" chassis or a rakish four seat tourer on the 9'4½"" length but as the vintage decade progressed the range of styles increased to include less sporting tourers and a variety of saloons. Front wheel brakes, of Alvis design, were added in 1924, a gear driven dynamo replaced the earlier belt-drive instrument in 1926, along with a new platform chassis frame of great strength. Most examples were capable of 75-80 mph, if not grossly over bodied, with excellent roadholding and direct, positive steering. The 12/50 was an immensely robust and versatile car, well-designed, well-built, easy to service and simple to repair. The performance and roadholding were outstanding for a 1½ litre car of the time and it must be said that it possessed a large measure of an elusive and ephemeral commodity called character. This striking example of the last of the 12/50 Ducksback designs was put together by the previous owner, a Mr. Jim Shelley; the build of which was comprehensively documented in the Alvis Register magazine. Work began in 1991 when a 1927 12/50 chassis and Ducksback body by Lambourne of Farningham were brought together. The engine and gearbox were of 1930 origin and various works were undertaken by trusted professionals in their field. The engine compression ratio has been increased from 5.3:1 to 6.2:1 whilst the gearbox was stripped and re-built by Andrew Bird of Coton in the Elms. The body was rebuilt and prepared whilst the dashboard received twenty coats of yachting varnish and looks frankly stunning. The hand-made polished aluminium bonnet is of the very highest quality and matches well with the lustre of the contrasting red coachwork, low-baked by Thompson Motorbodies of Walsall. The tan-coloured trim is also of a high standard as is the thought behind the storage of the full weather equipment and dickey seat. Presented with an MoT test certificate valid until May 2013, definitely an asset with any pre-1960 motorcar, an extensive history file and handbook and some action footage ( http://youtu.be/ZyO4huV8jhU ) , this represents a very useable pre-war motorcar in the very pinnacle of condition.