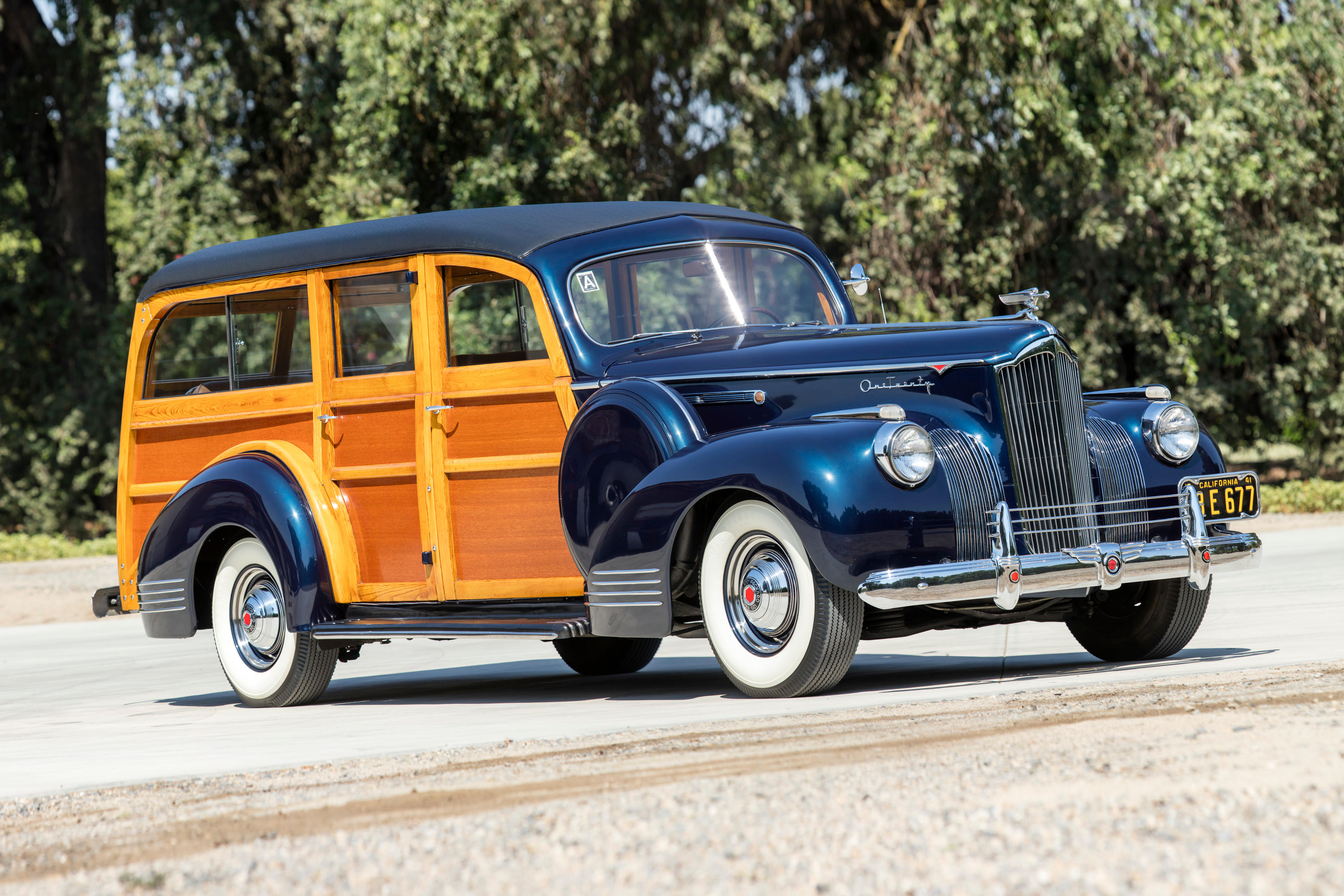 282ci Flathead Inline 8-Cylinder Engine Single Downdraft Carburetor 120bhp at 3,600rpm 3-Speed Manual Transmission Independent Front Suspension - Live Rear Axle 4-Wheel Hydraulic Drum Brakes *Beautifully presented, top-of-the-line Packard Woodie Station Wagon *Factory Correct Barbola Blue exterior *Most expensive One-Twenty Packard of its day *An unquestionable Classic with room for the whole family THE PACKARD ONE-TWENTY Always built to the highest standards, the Packard was unquestionably one of the finest American automobiles of the pre-war era and deservedly popular on this side of the Atlantic. Dissatisfaction with his Winton motor carriage assumedly spurred James Ward Packard to build a superior automobile. Aided by his brother and two defectors from the Winton company, Packard set up shop in his electrical engineering factory in Warren, Ohio. From this factory, the first Packard car emerged in November of 1899. Right from the start, Packard's innovative engineering and superior build quality attracted the attention of wealthy clients. An example being William D. Rockefeller, who purchased two at the New York Automobile Show in November of 1900. The phrase, "Ask the Man Who Owns One" was adopted as the company's advertising slogan. The Packard was counted among the world's top luxury makes and was a frequent sight at the most exclusive society functions of its era. This was due to it being favored by film stars, celebrities, and plutocrats. Indeed, throughout the 1910s and 1920s, Packard ranked alongside Peerless and Pierce-Arrow; this elite trio of the US automobile industry being known as the "Three P's." Introduced for the 1935 season, the "One-Twenty" Eight, also known as the "Junior Packard," represented the company's first foray into the medium-priced market sector. These models have the 282ci (4,623cc) 120bhp engine, independent front suspension, synchromesh transmission, and hydraulic brakes (which have been part of the specification for some years). Curiously, the "One-Twenty" designation was dropped for 1938 but returned for 1939. THE MOTORCAR OFFERED The 1941 models, like the one presented here, received mild styling changes for the new year. Headlights completely settled in the fenders and a one-piece rear window were among the most noticeable updates. Of all the body styles offered that year, the Station Wagons sat at the top of lineup, costing $400 dollars over the entry-level business Coupe. The Deluxe model seen here would have set its original owner back $1,541. Although, the vehicle's figure was presumably larger than that considering it was under seat optioned with a single side spare, radio, and heater. Furthermore, these vintage Packard wagons are particularly special due to their coachwork being engineered by Hercules of Evansville, Indiana; a firm known for its high-quality builds. While we lack information about this mysterious, affluent first buyer, it is known that the Woodie wagon was subjected to a body off restoration by Bill Halliday, a noted Southern California restorer, in the early 1990s. Reports and restoration photos show that much of the original ash and mahogany wood used to build the body of the vehicle has remained since leaving the factory nearly eighty years ago. Moreover, the wood shows in good condition due to many coats of marine spar varnish. In addition, the Barbola Blue paint dressing the metalwork matches the exact color the vehicle wore as it left the factory. The revitalization of this Packard was well-documented with numerous photos and maintenance records; the most recent service work being carried out by Custom Auto Service in Santa Ana, California. After this work was completed, the vehicle was regularly driven and maintained with great care by its next owner, who kept the car in the Pacific Northwest for twenty years, showing it at the Port Gardner Bay Classic and Kirkland Concours. The most recent owner has furthered the restorative work and continued meticulous ser 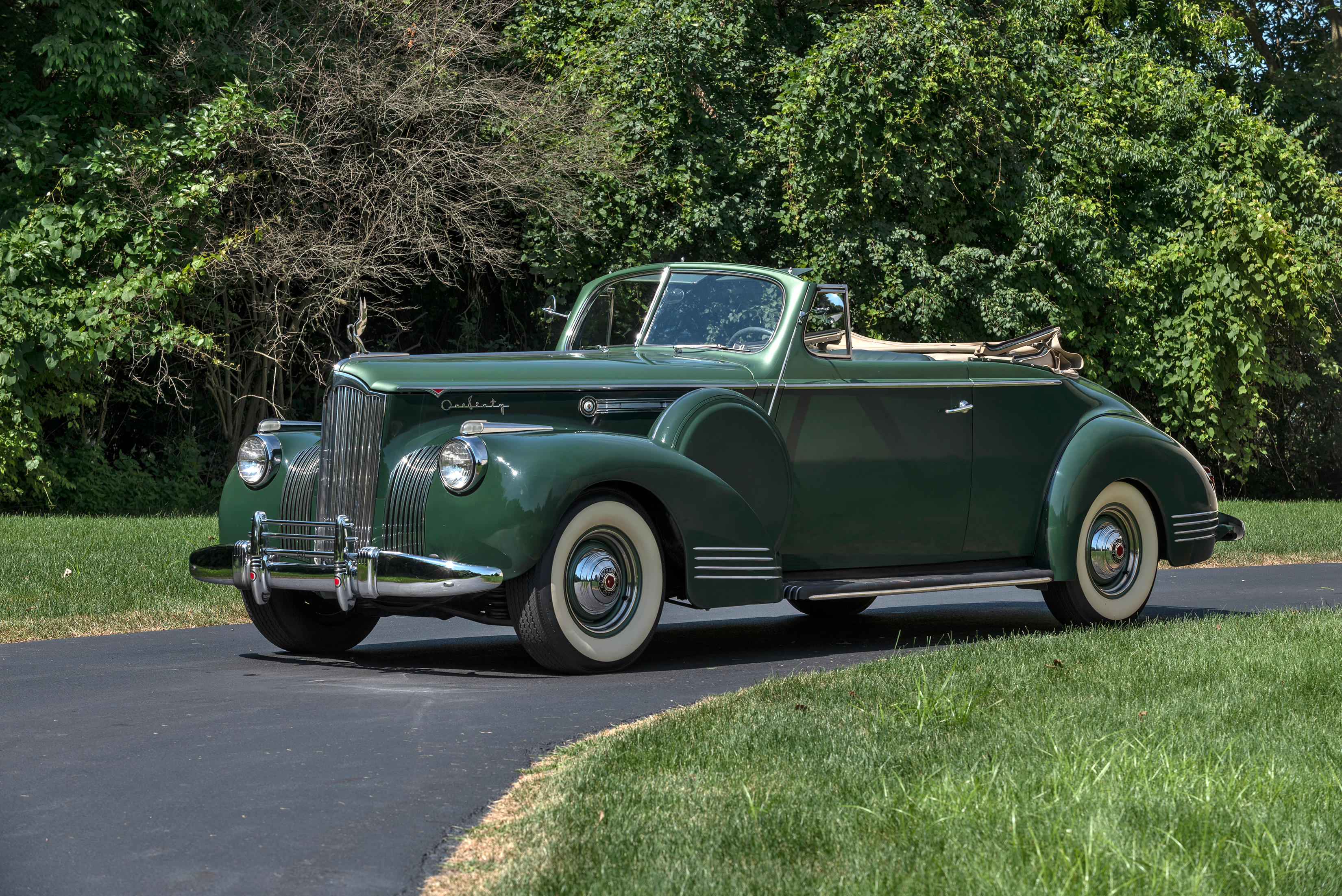 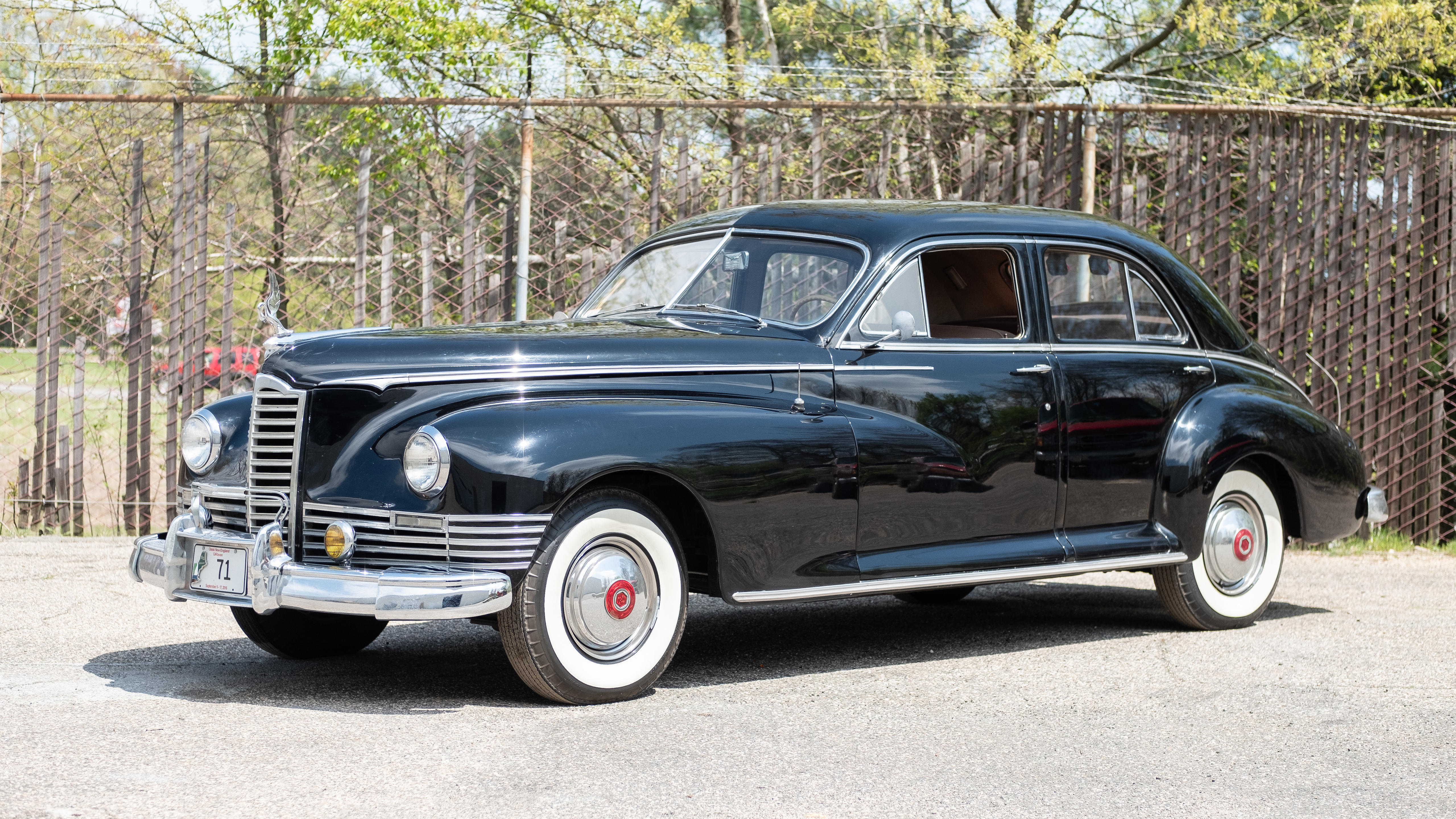 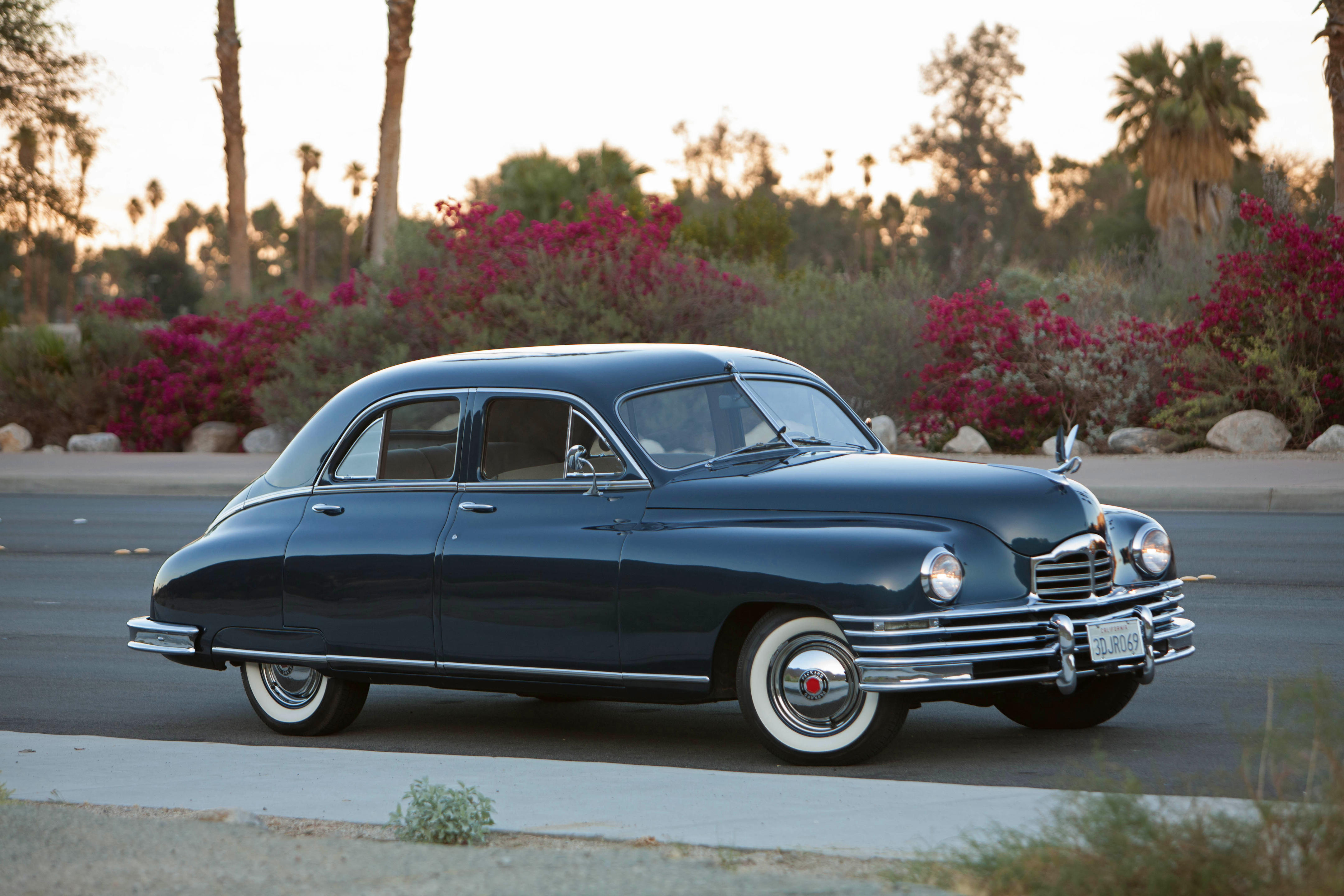 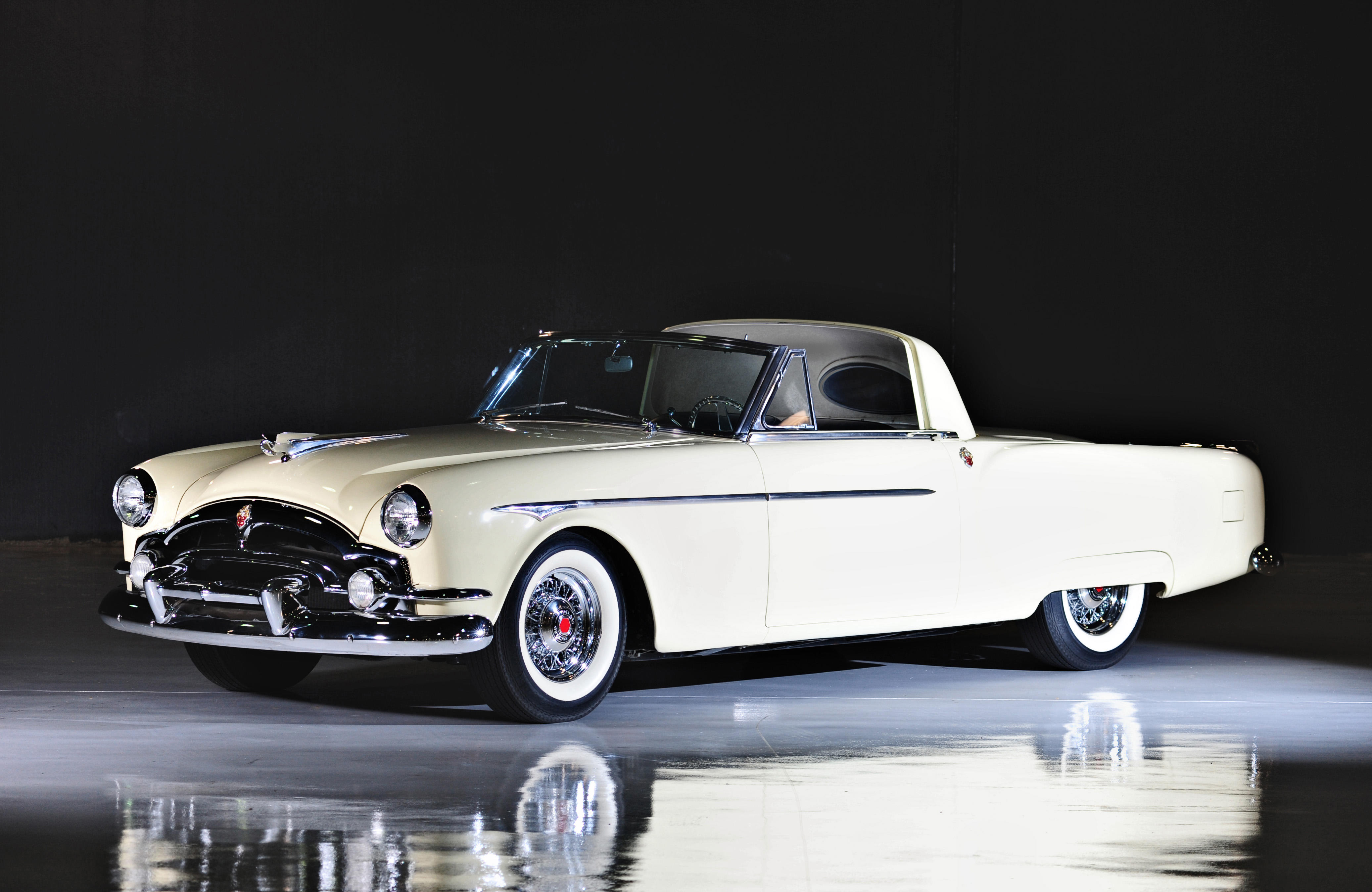