1955 MERCEDES-BENZ 300SL GULLWING Registration No. Not UK registered Chassis No. 5500698 Engine No. 5500743 Silver with black leather interior. Engine: six cylinder, in line, 2996cc, 240bhp; Gearbox: four speed manual; Suspension: independent front and rear; Brakes: hydraulic drum. Left hand drive. When Mercedes-Benz returned to motor racing in 1952, they dominated the major long distance sports car events with futuristically-styled 300 SL race cars. Considerable pressure and a guaranteed 1000 orders from the Mercedes New York agent convinced Stuttgart to produce a street version of the 300 SL Gullwing, duly launched at the New York Motor Show to ecstatic acclaim. It closely resembled the race cars except that, with all-steel bodywork, appropriate road equipment and larger doors, it was even more stunning. To resolve the carburettor location problems, it was the first production car to have Bosch direct fuel injection with a resultant increase in power to 240bhp. These cars were not only sensational in appearance, but had a performance that only race drivers normally experienced. It was not surprising that such drivers were eager to buy one, and to extract the maximum performance which ranged from 150-165mph dependent on axle ratios, one needed their expert skills. The swing axle rear suspension and drum brakes did require considerable respect when driving on the limit. Even so, these highly specialised and very expensive cars sold amazingly well and 1,400 were hand built in three years. The Gullwing offered is an example of an older restoration which still presents well. Recent work carried out includes flushing out the fuel tank, the injection system and the brakes and some $6000 has been expended this year on various mechanical work. The Gullwing is therefore running well. The interior black upholstery is in good condition and was probably replaced some years ago. Generally the car appears sound with only a small amount of dry surface rust detected here and there on a recent inspection. The engine bay is clean and again has the appearance of an older restoration; the car does have its original belly pans fitted. This is an opportunity to purchase a useable Gullwing which is undoubtably more practical for an enthusiast owner who wishes to drive rather than show their 300SL and is sensibly estimated in our opinion. 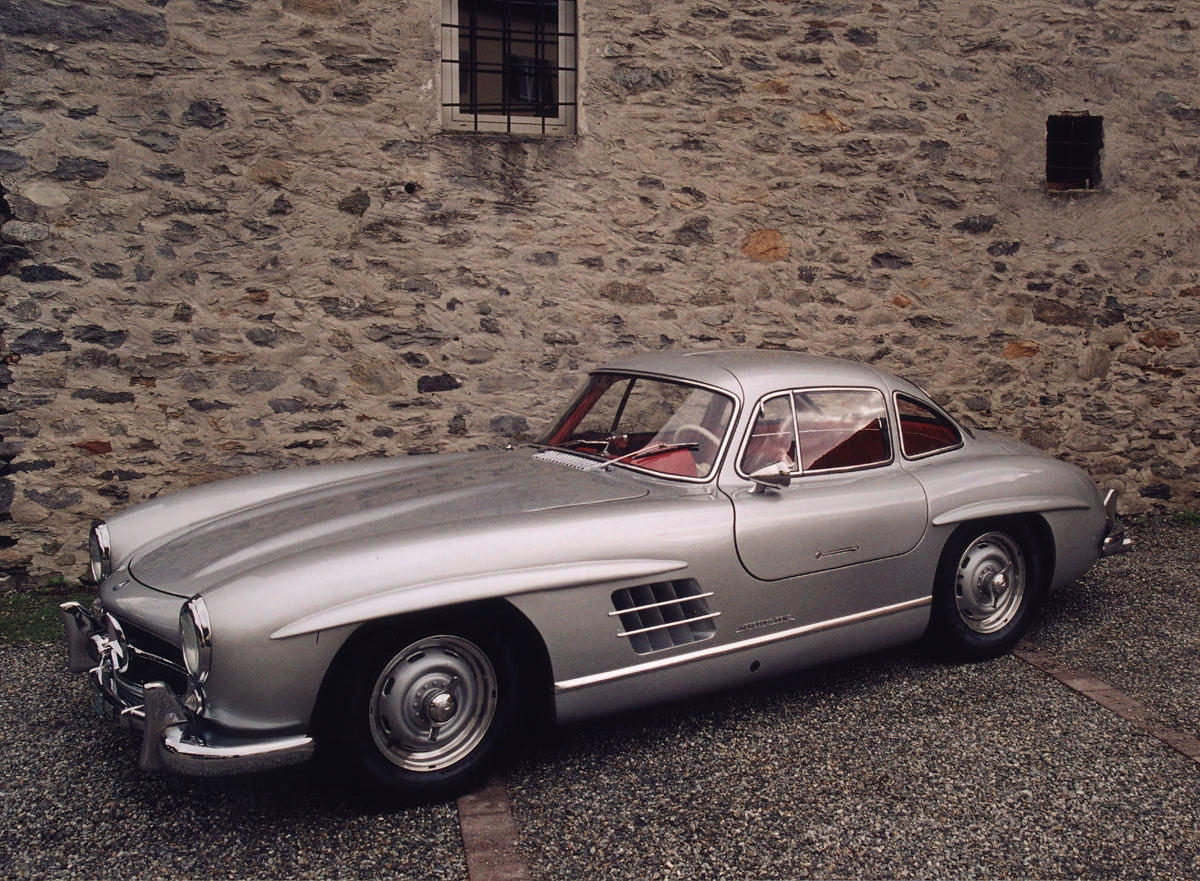 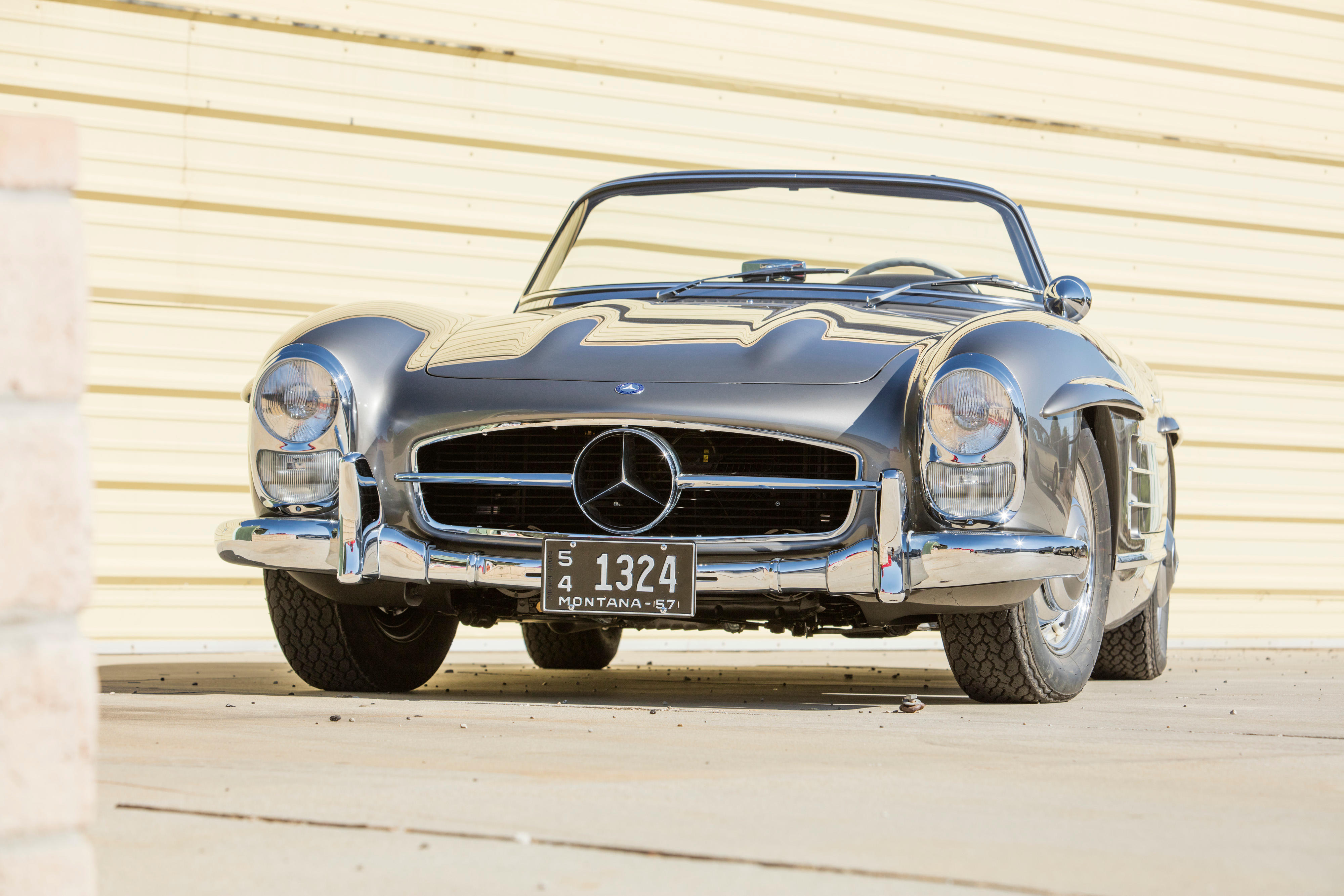