1964 AUSTIN-HEALEY 3000 MK III CONVERTIBLE Chassis No. HBJ8L27357 Engine No. 29K-RU-H2068 Healey blue with dark blue interior Engine: six cylinder, in-line, pushrod overhead valves, twin SU carburetors, 2,912cc, 148bhp at 5,250rpm; Gearbox: manual four speed with synchromesh (overdrive optional); Suspension: front independent by wishbones and coil springs, rear live axle with transverse control arm or radius rods, half elliptic leaf springs; Brakes: front disc and rear drum. Left hand drive. At the London Motor Show of 1952, the Donald Healey Motor Company, which had been building modest numbers of well-respected, quite expensive high performance sporting cars, launched a two-seater sports model aimed at a wider market, using a tuned Austin A90 four cylinder engine and running gear. Good-looking, fast and simple to manufacture, the type was adopted by the Austin Motor Company, now a part of British Motor Corporation, and went into production as the 90bhp Austin-Healey 100. It did well in the marketplace and in competitions until it was succeeded in 1956 by the 100 Six, powered by a weighty overhead valve six cylinder engine yielding 102bhp already seen in BMC's large saloons. At the same time, the 100 was extensively revised, given a longer wheelbase, a little more room inside and provided more creature comforts than the pared-down fours. The 'Big Healeys', skillfully prepared at Abingdon by the Works team and driven with great panache, shone in that golden era of long-distance international rallies over the still uncluttered roads of Europe. Finally in 1964 came the 3000 Mk III, generally considered to be the finest variant of them all. It was more convertible than the roadster with its wind-up windows, excellent hood and two plus two seating. In the cockpit there was a varnished wood dashboard with the traditional array of instruments, a central console between the comfortable bucket seats and well-fitted carpets. There was also a more fully curved windscreen with quarter windows. But with nearly 150bhp on tap and surging mid-range torque, the Mk III was as accelerative as ever - 0 to 60mph took only 11.2 secs - and its 121mph maximum speed was readily obtainable. With large, power-boosted brakes and predictable handling, this last of Healey's big Sixes was exhilarating to drive and continued to sell briskly around the world. Fifteen years after that momentous appearance at the London Show, Donald Healey's fluent styling had not dated but safety and emission regulations, particularly in the USA, brought production of one of the greatest of traditional English sports cars to close in 1967. This superbly well-restored example was sold new by Orange Motors of Miami to a local lady by the name of June E. Herath. A copy of the original sales invoice notes that she traded in her Triumph TR4 for this example and that a radio was thrown in at no extra charge by the dealer. It is reported that she had ordered the Healey in black thus when the blue car arrived she had it painted (albeit the original color was still prevalent in the trunk, engine bay and other areas not so easy for a bodyshop to access). After sixteen years in her custody, she sold the car in October 1980 to Jim Wicklein of Boca Raton (a short drive north of Miami) who kept the car for six years before it was bought by fellow Boca Raton resident Bob Dostal. Dostal, a Healey aficionado, spent the next three years carrying out a cosmetic and mechanical restoration and in the fall of 1992 he completely rebuilt the engine and drivetrain. After approximately 2,500 miles of use in the following three years, Dostal stripped the car once more for a freshen-up and later sold it to another local individual who maintained and lightly used the car. The last repaint, again to concours standards, was done in 2000. The car today is described as being in concours condition and reportedly drives equally well. For nearly twenty years this fastidiously maintained Healey has comman 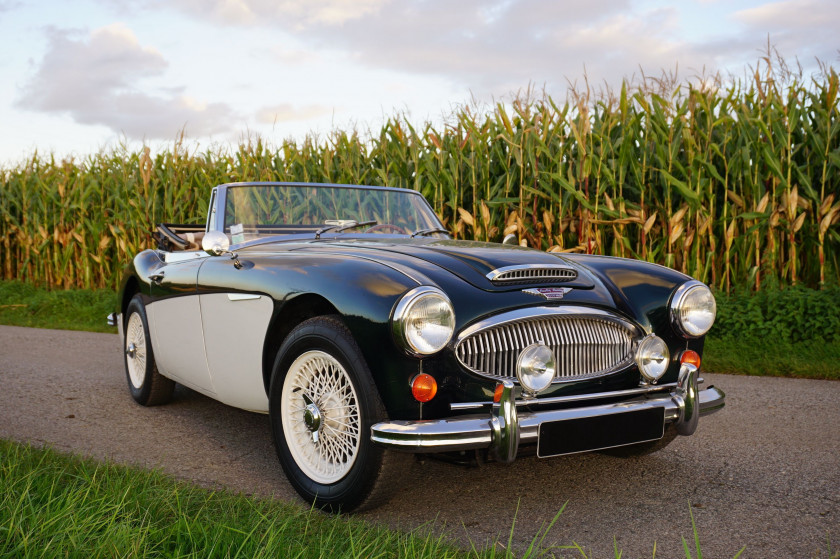 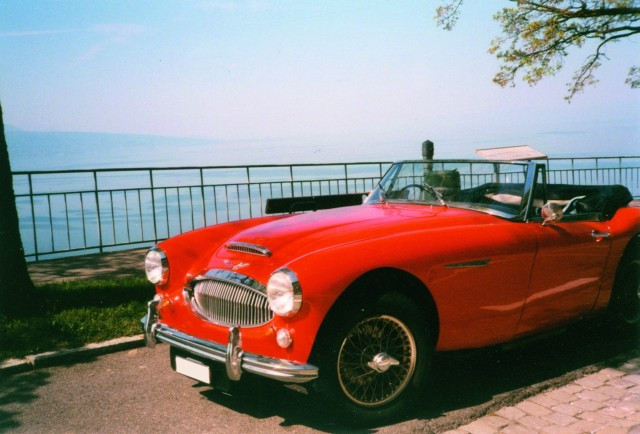 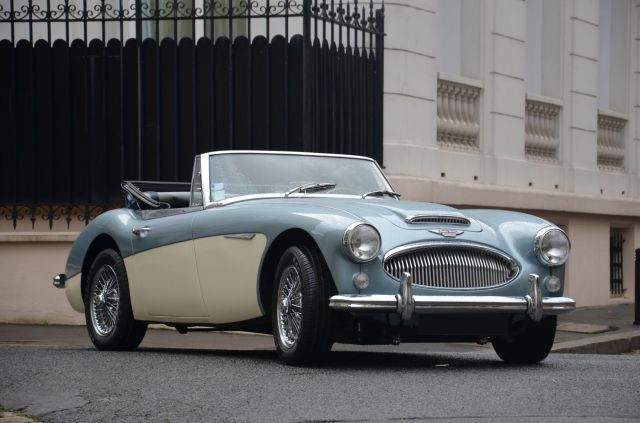 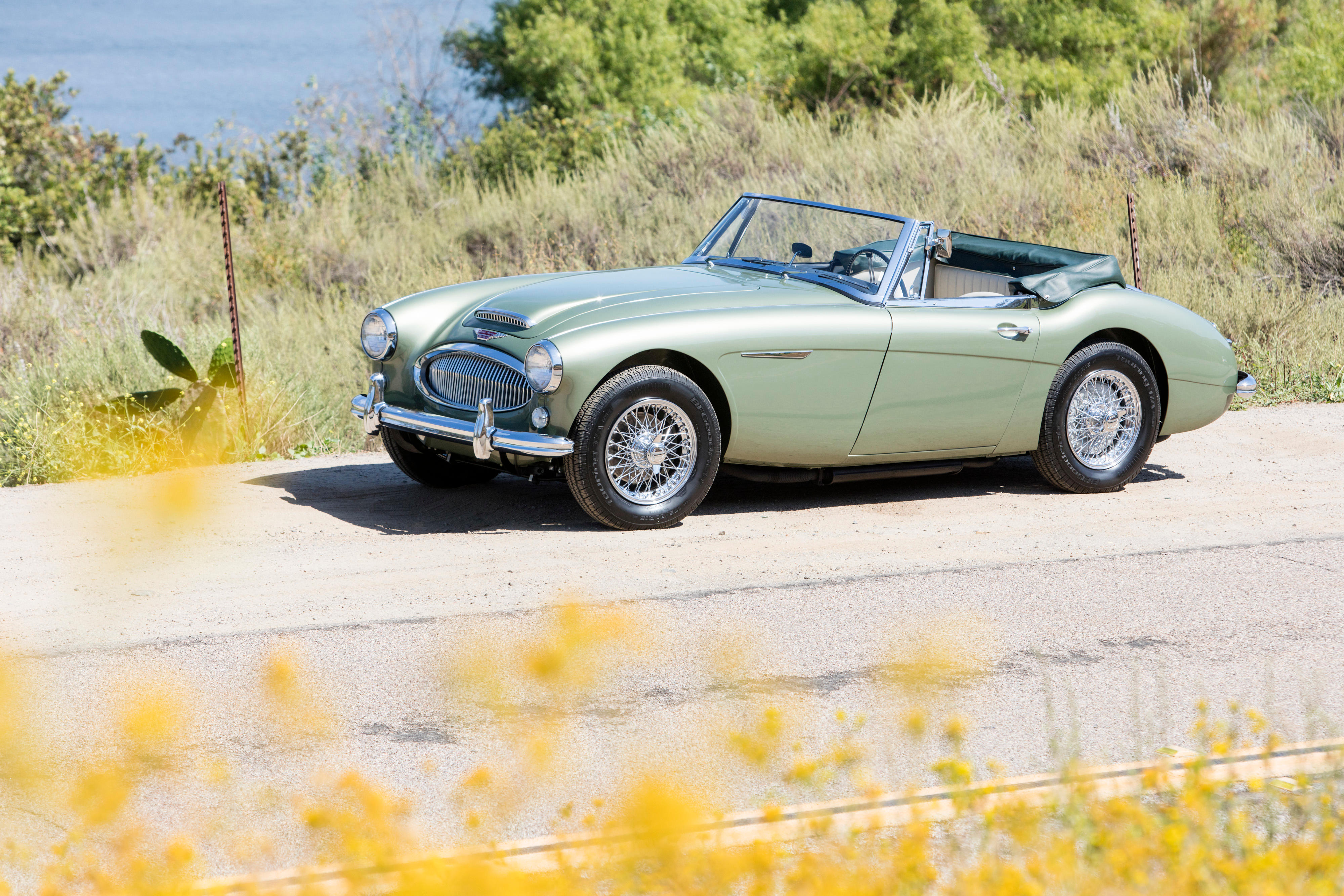 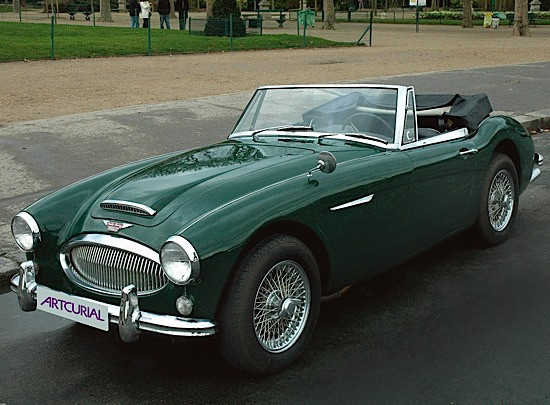