1968 MERCEDES-BENZ 250 SL CALIFORNIA COUPE WITH HARD TOP
1968 MERCEDES-BENZ 250 SL CALIFORNIA COUPE WITH HARD TOP Chassis No. 11304310003913 Engine No. 12998210001992 Ivory with palomino interior Engine: Six cylinder, single overhead camshaft, 2496cc, 146bhp at 5600 rpm; Gearbox: four speed manual transmission; Brakes: four-wheel disc; Suspension: independent all round with coil springs, single joint swing angle at rear. Left hand drive. The Mercedes 250SL is a truly exceptional example of Benz quality and styling which makes it one of the most sought after classics of today. Considered by many to be the most practical sports car of its generation, it offers the excitement of a sports cabriolet, which more than holds its own in today's driving conditions. After the success of the 230SL model, Mercedes went on to refine its offering by producing the 250SL which retained the elegant body shape with the addition of the more powerful 2496cc injection engine. The car offered here today is rare for many reasons. Most of the 250SL series featured automatic transmissions and convertible tops, with the factory hardtop as an accessory. However, this example is a "California coupe" model and has the limited and sought after four speed manual transmission. Hardly known to exist, it features the exact same body and mechanical specifications but does not include a convertible top. With the elimination of the top and subsequent additional space between the trunk and passenger compartment, a rear bench seat (or cargo deck) was added. An ideal set-up for motoring in dry climates or close to home jaunts, the space is quite functional. Inclusive of the factory hardtop, the 250SL is also a practical choice with its stiffer suspension and sportier feel. As the model designation suggests, this car was until recently in California. Most of the car appears to be in its original form inclusive of the interior, but has been re-sprayed some years ago. It should be noted, however, that factory records indicate this car was originally produced with an automatic transmission and at some point was switched to the desirable sporty manual transmission. Showing some minimal signs of age, this is an "honest" and solid example and is ready for summer enjoyment. The 250SL is the most rare of all "Pagoda's" and because this particular car has the limited 2+2 manual transmission and is a "California coupe" it is especially desirable. 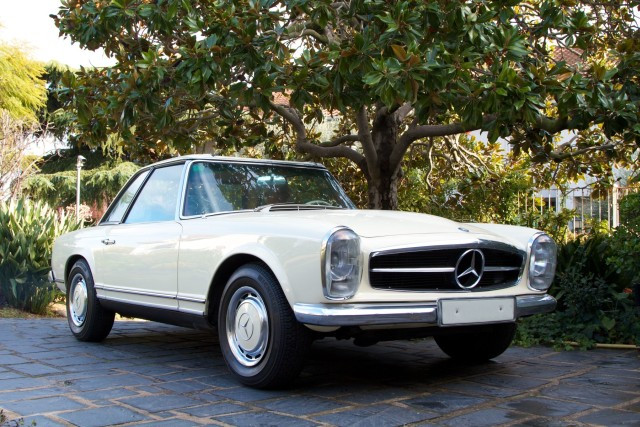 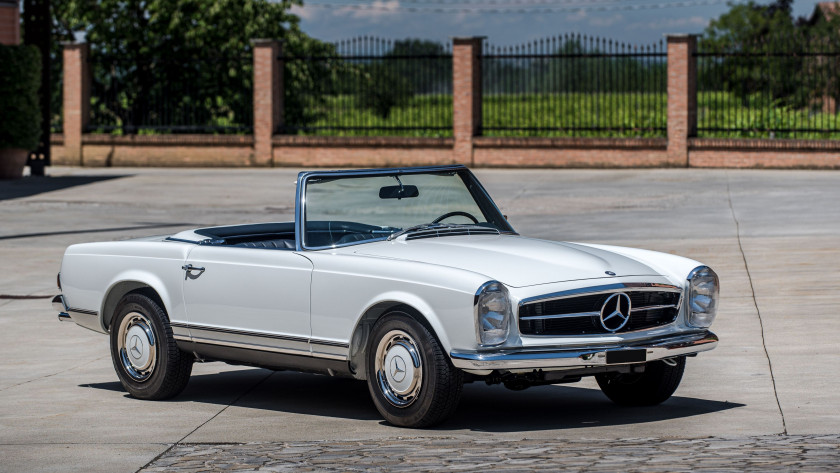 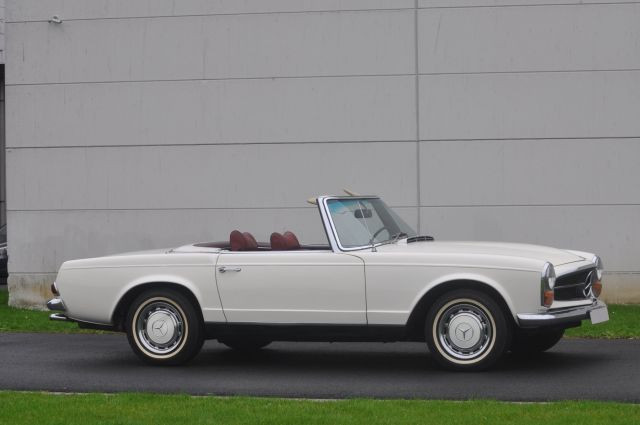 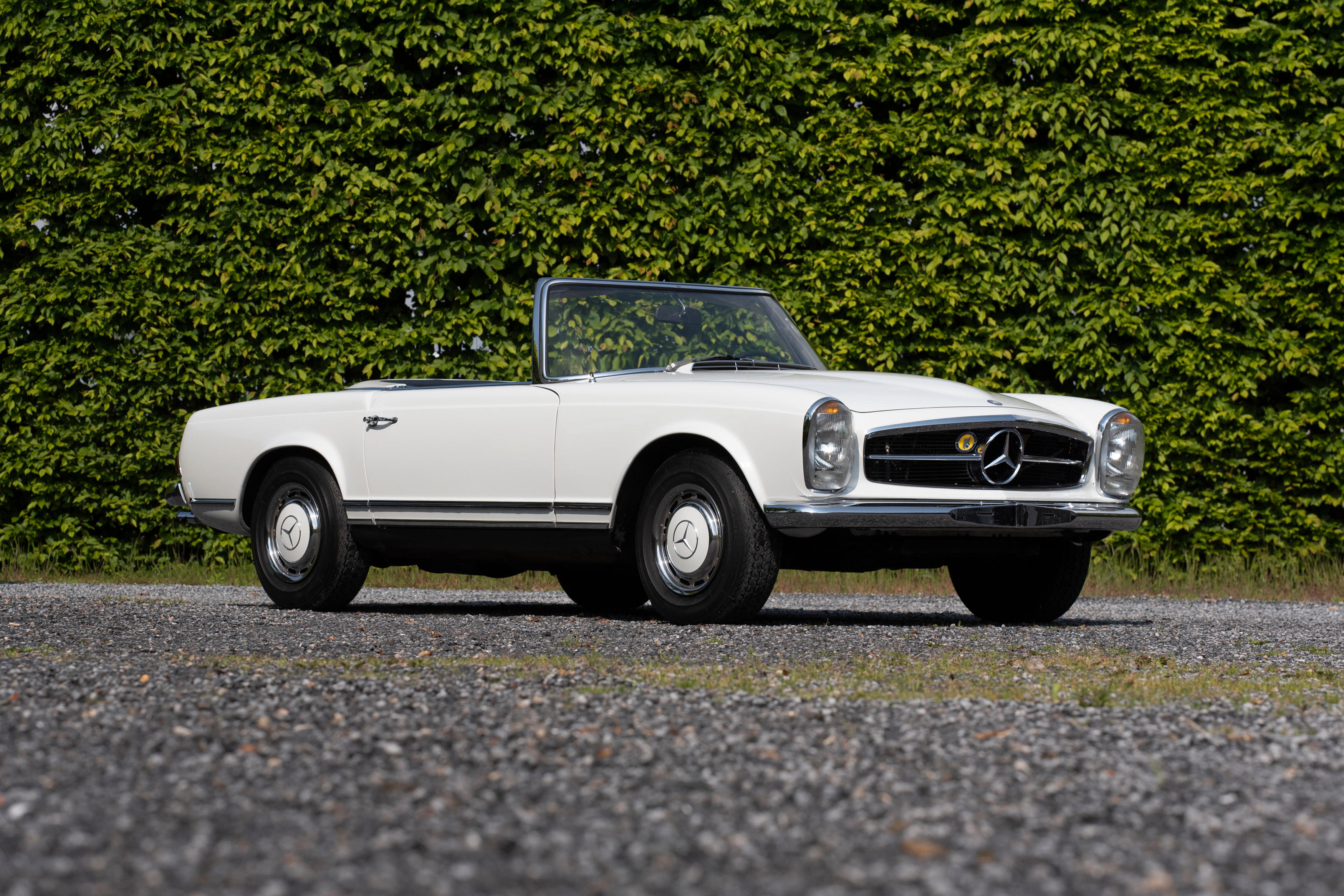