In the spring of 1963, Mercedes-Benz debuted an all-new roadster to replace the 190SL and 300SL – the 230SL. The 230SL ‘Pagoda’ was a stunning Paul Bracq designed two-seat convertible that followed Mercedes’ new design language, featuring crisp lines and upright headlights. The 230SL was fitted with a prominent three-pointed star in its grill as a reference to the already iconic 300SL. To save on weight, the hood, door skins, trunk lid, and tonneau cover were all composed of aluminum. The nickname ‘Pagoda’ was quickly adopted thanks to the slightly concave roof on the optional removable hardtop that resembled a pagoda roof. Although controversial at its introduction, these SLs are now considered a masterpiece of design. In 1967, Mercedes introduced the third and final iteration of the ‘Pagoda’, the 280SL, and it then became apparent that some cars don’t change, they just get better. “The Mercedes-Benz 280SL, the latest version of a line that began as the 230SL in 1963, is the same as ever, just better,” concluded Road & Track after testing a 280SL in 1968. “For those who value engineering, finesse and high quality construction, it’s alone in the field,” enthused the highly respected American motoring magazine, while its manufacturer considered the 280SL: “a Grand Tourer in the traditional sense” and “a unique combination of sports car performance and saloon car comfort (a Mercedes-Benz saloon naturally).” The 280 featured the same modified W111 chassis with a rear swing axle and independent front suspension and four-wheel disc brakes. Power came from a 2.8-liter version of Mercedes’ robust inline-six and used Bosch fuel injection, a combination producing 160 horsepower in US-market variants, which had to be modified slightly to comply with emissions standards. To compensate, the rear-end ratios were changed in these US-market cars to offer greater low-end acceleration. The example on offer here comes complete with a service file detailing recent works carried out by marque specialist Steve Redfearn. Works include a recent repaint and a new soft top in dark blue, and a new leather interior and new carpets. Fitted with a factory option rear seat, this is an excellent opportunity to acquire a superb example of this classic Mercedes. Enquire Your name Email Telephone Message Type your message Join the COYS Connoisseur Club and receive monthly COYS newsletters, regular updates & exclusive member benefits. 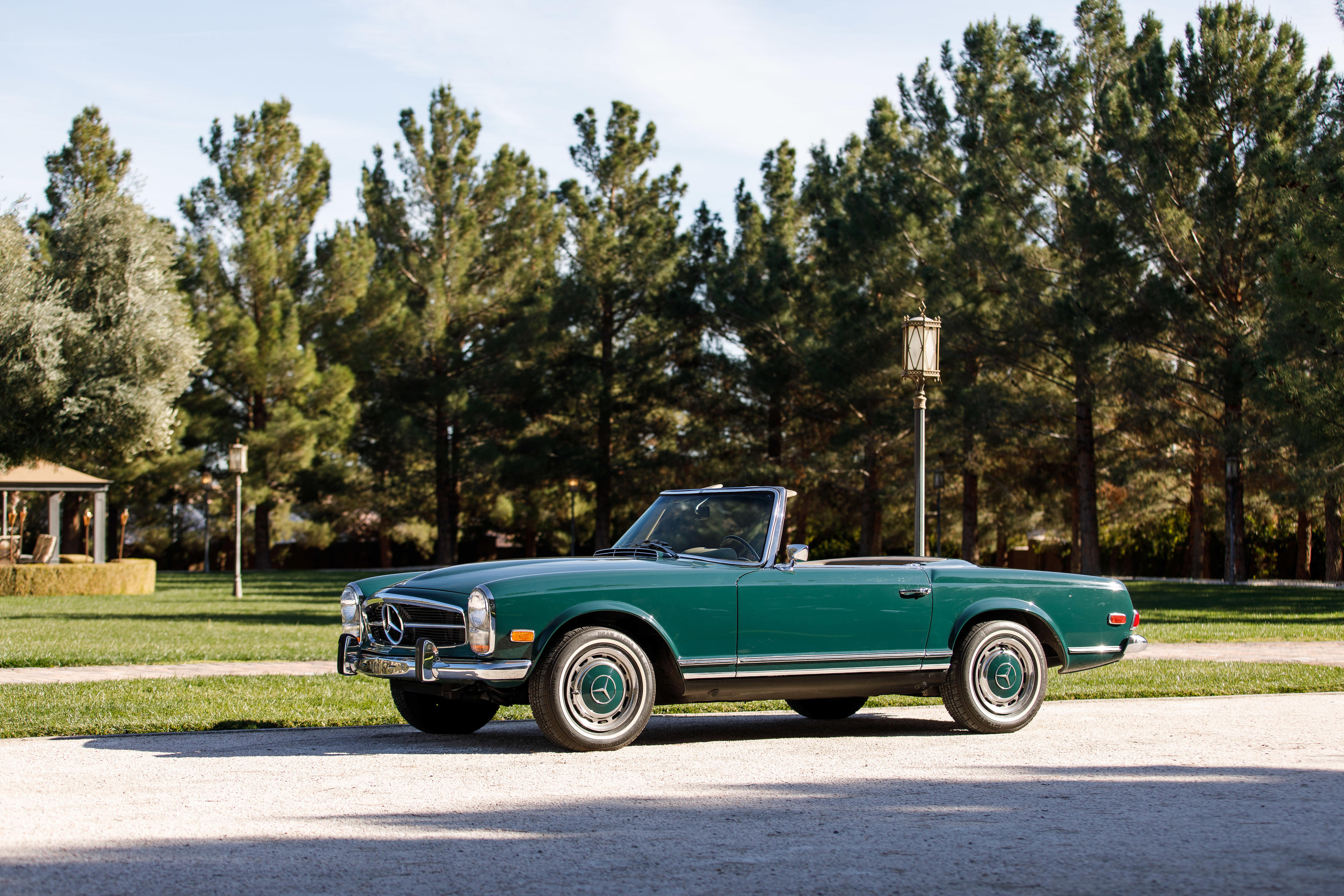 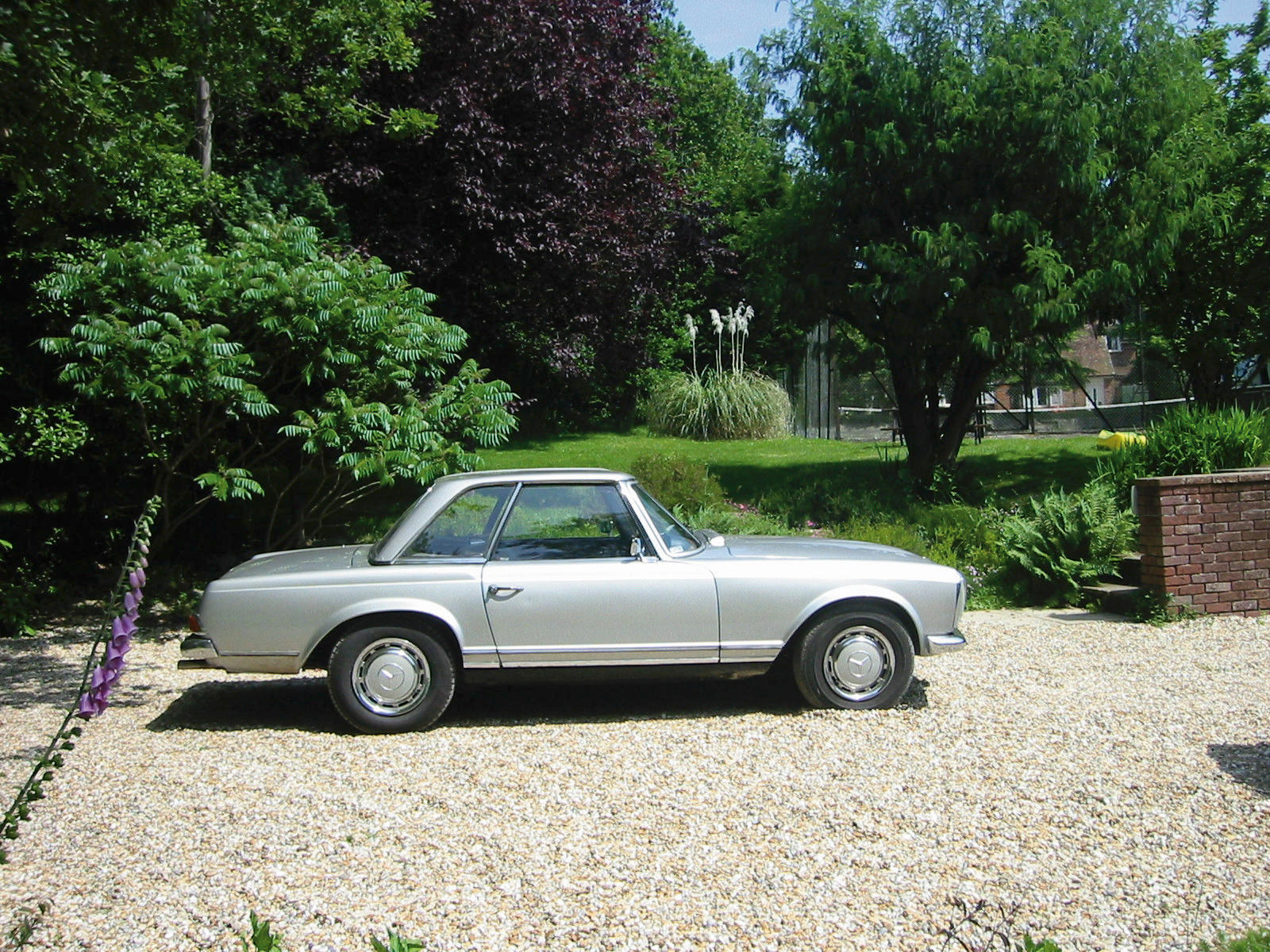 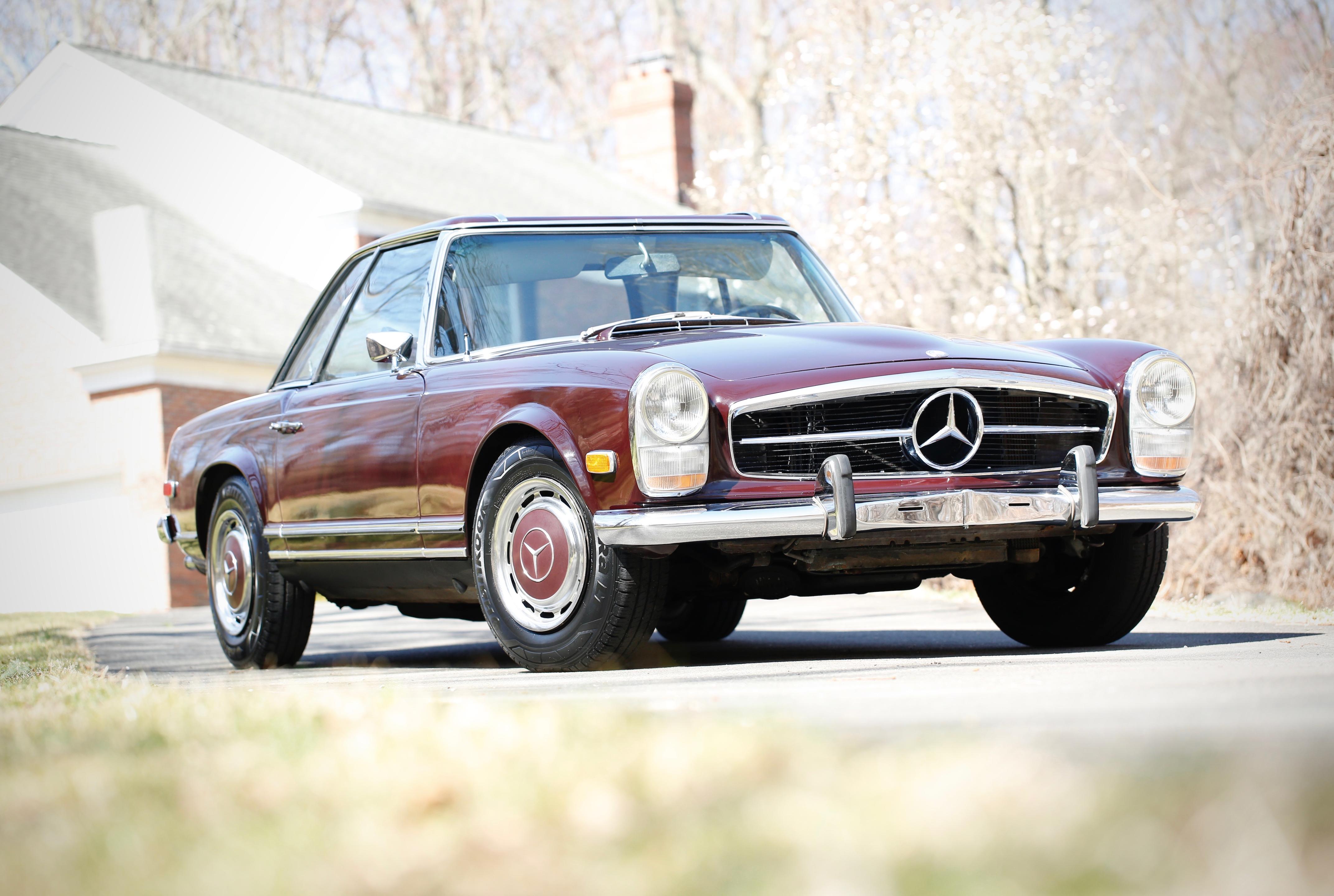 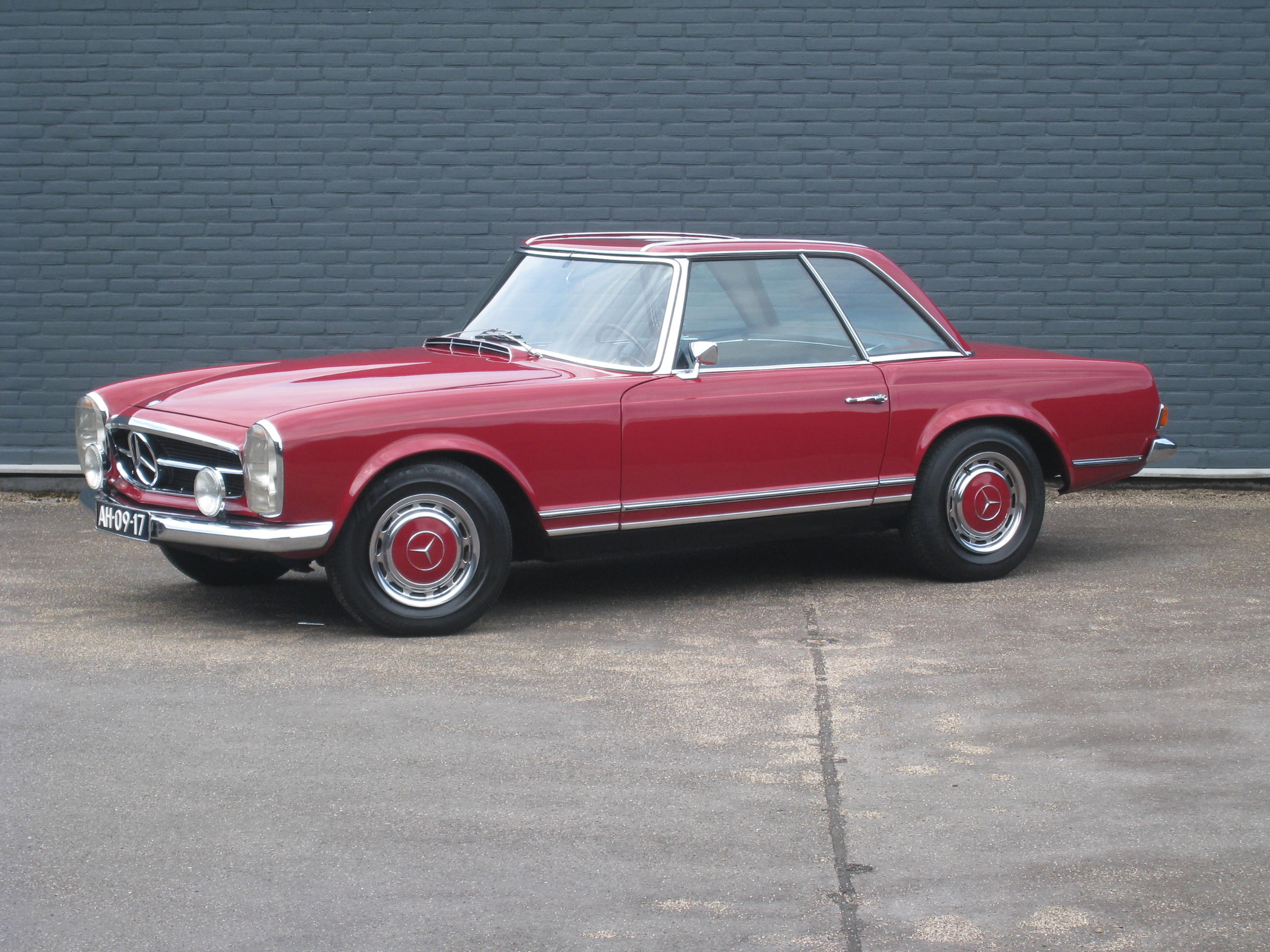 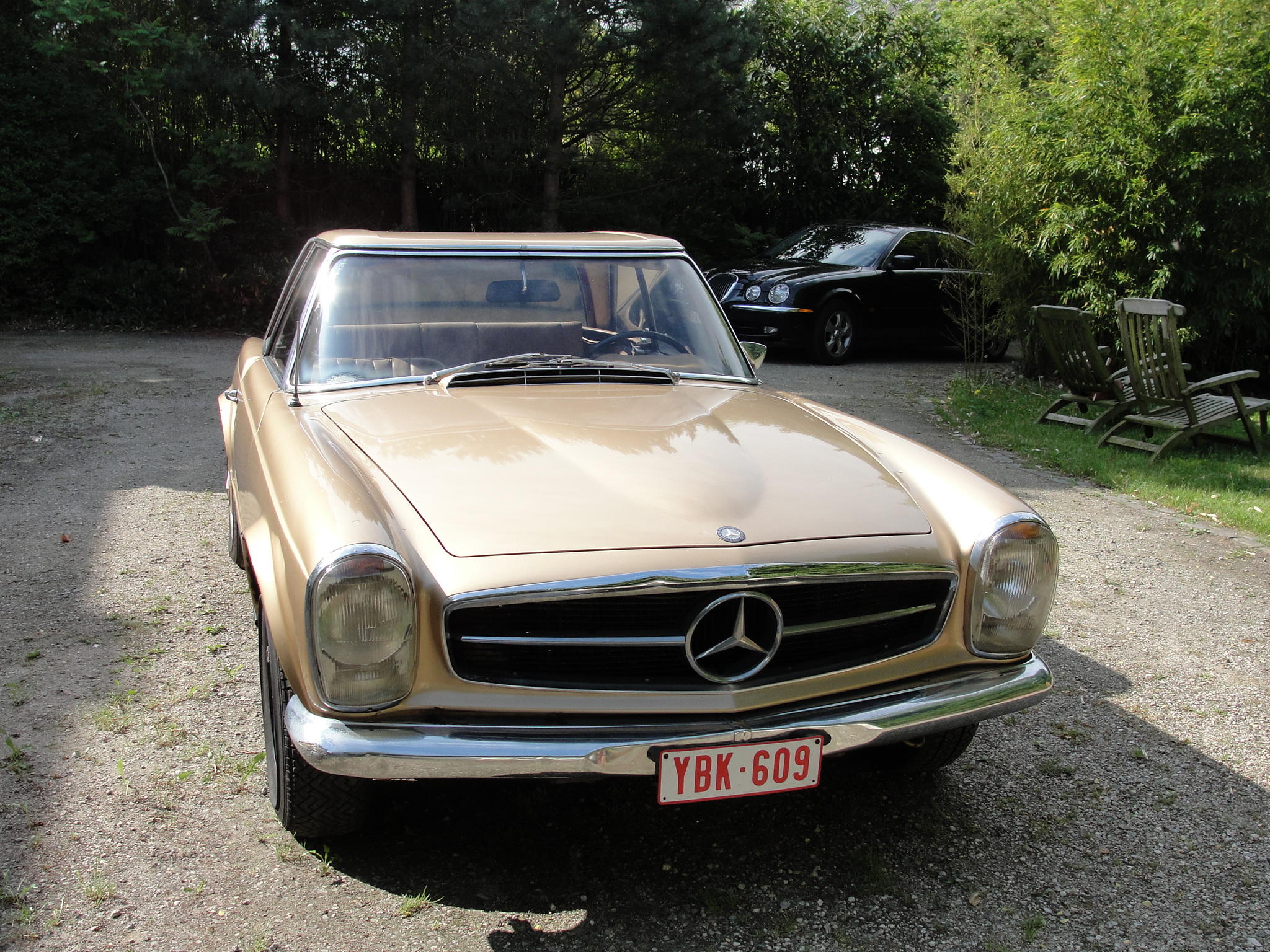 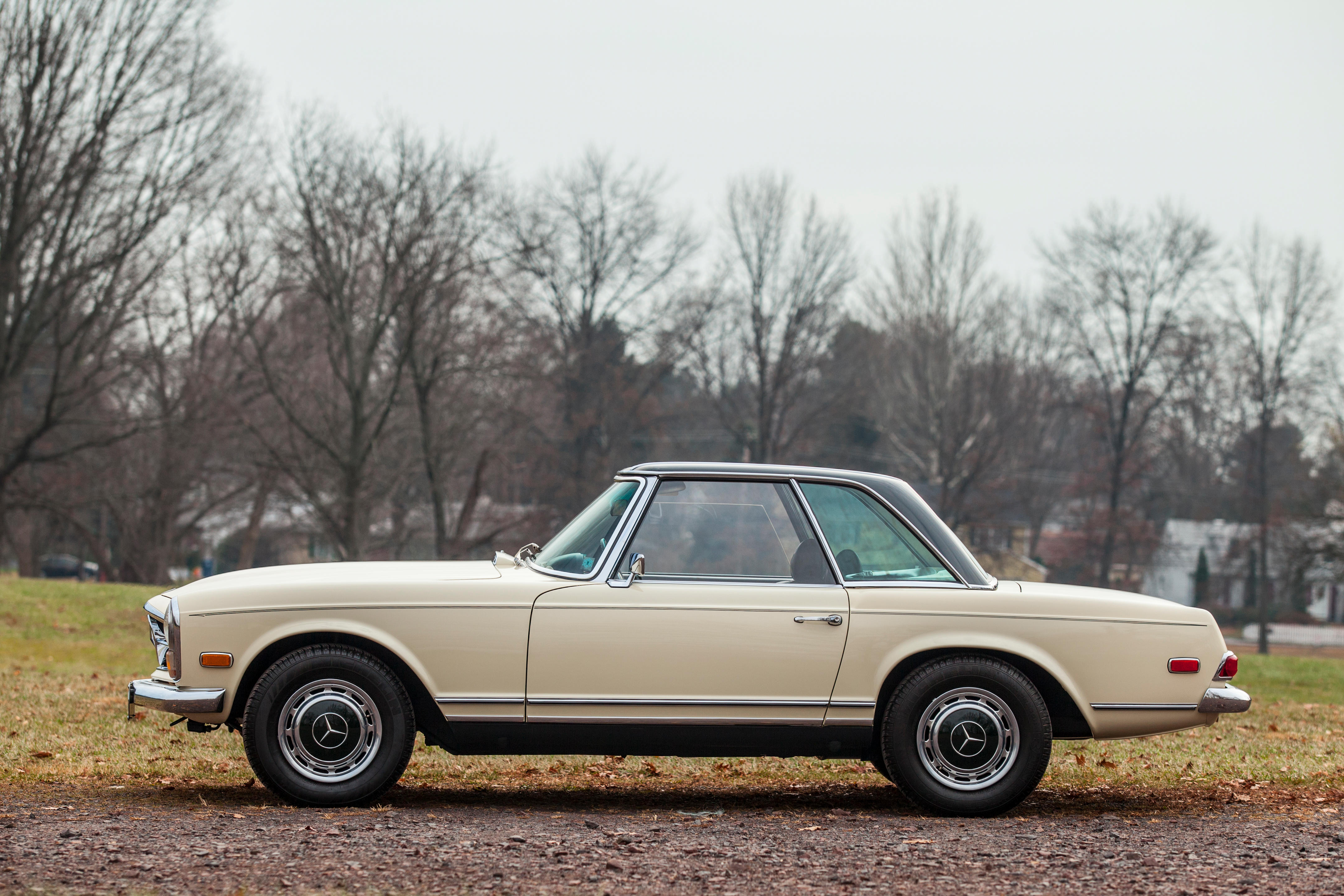 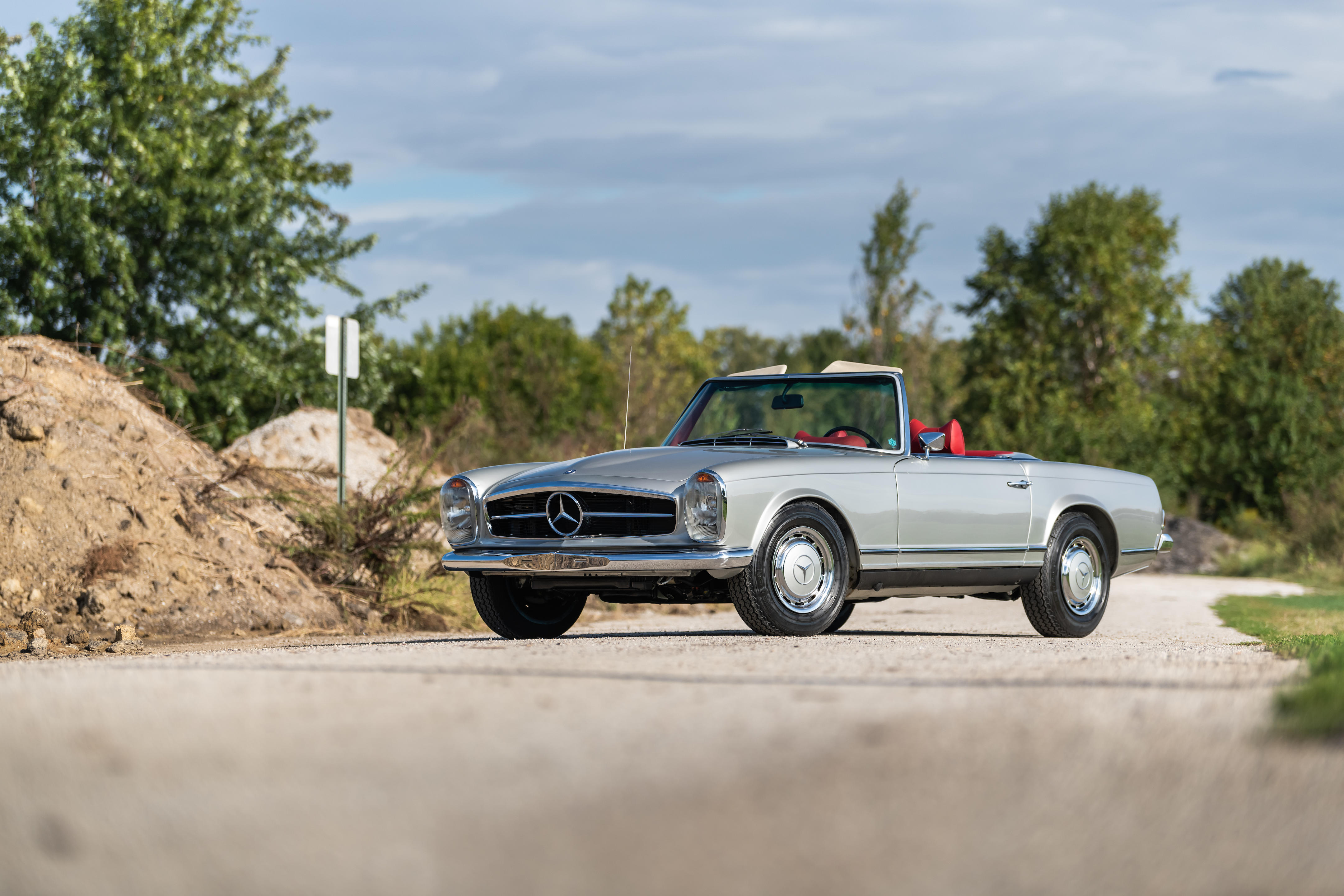 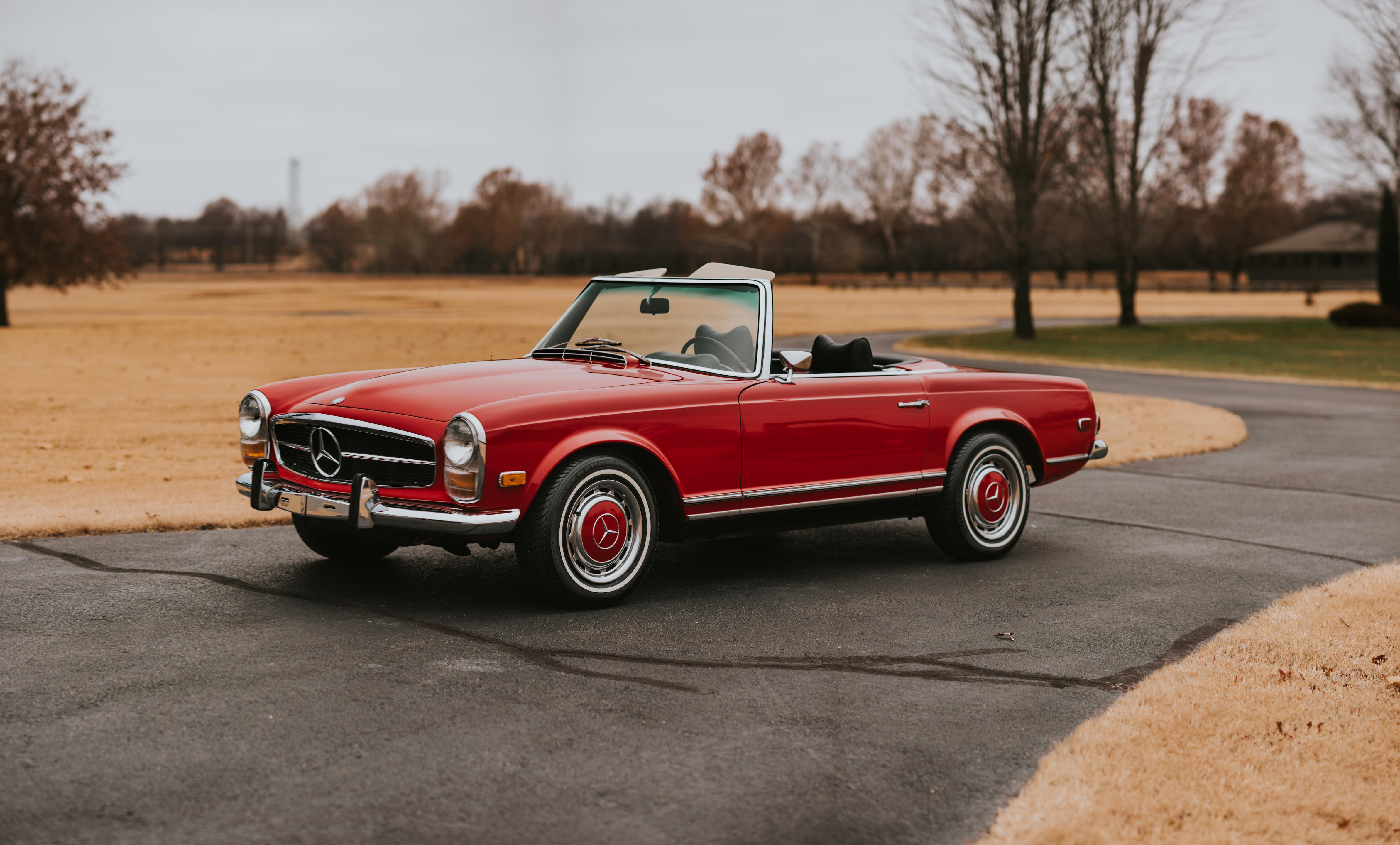 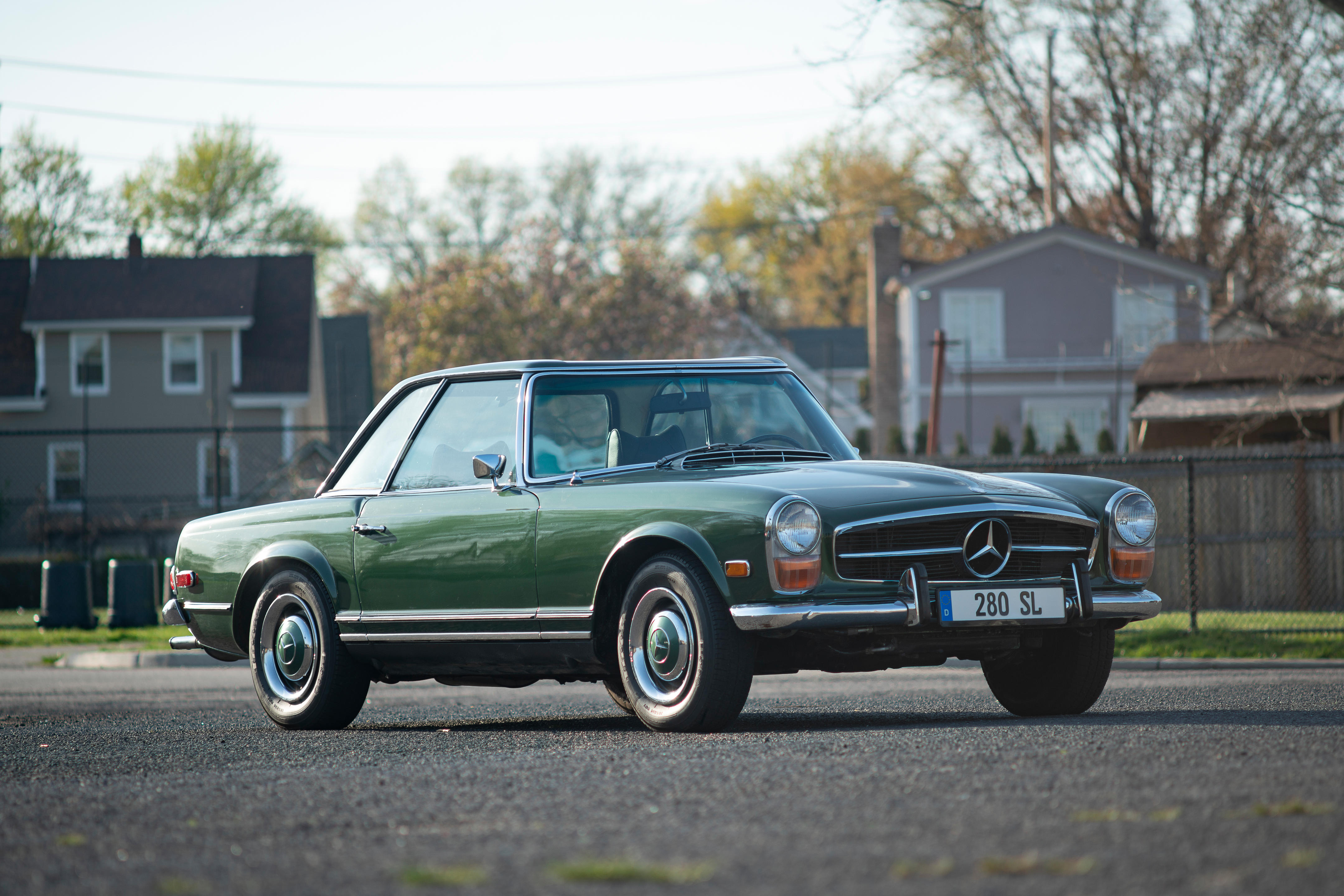 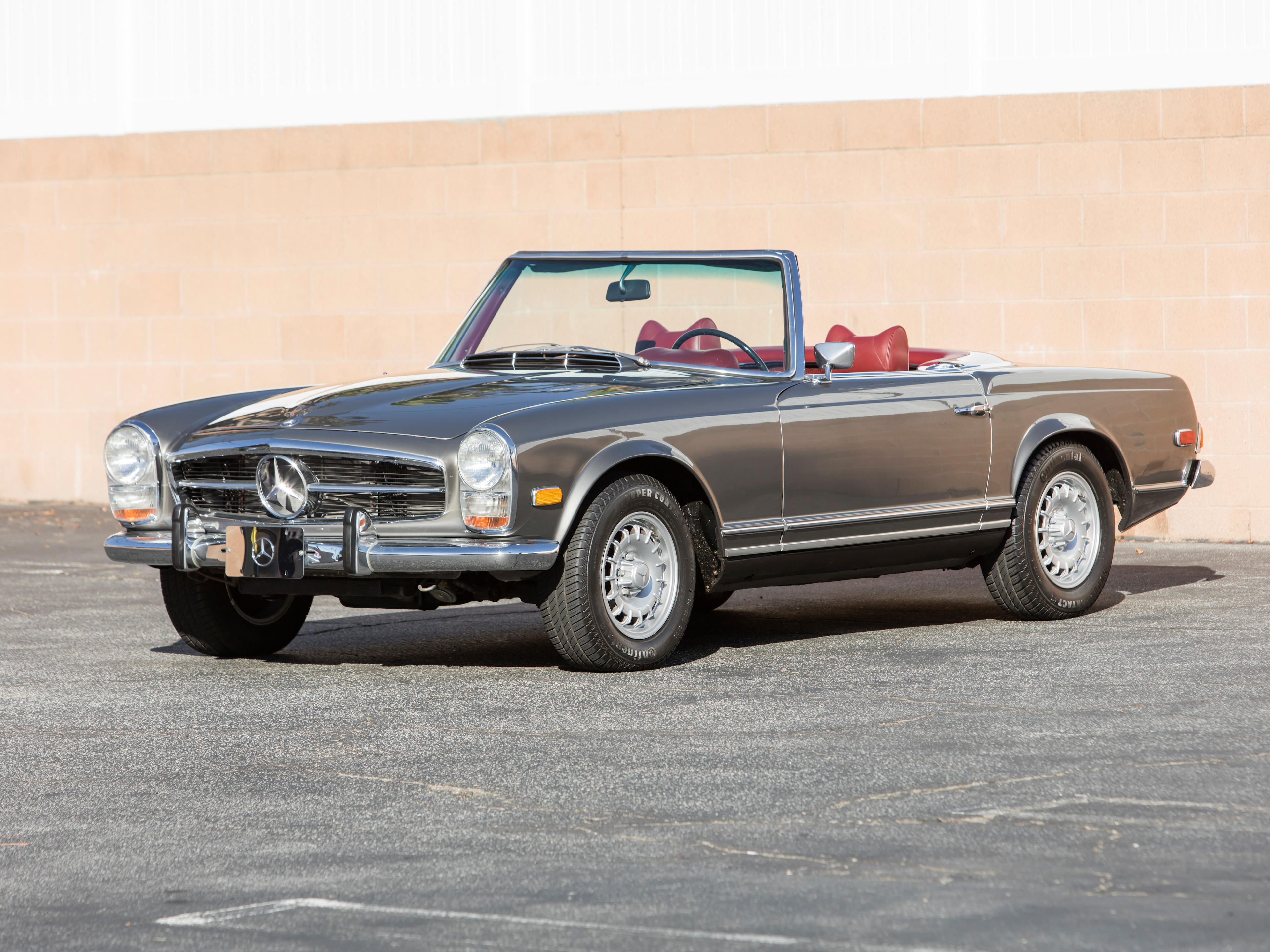 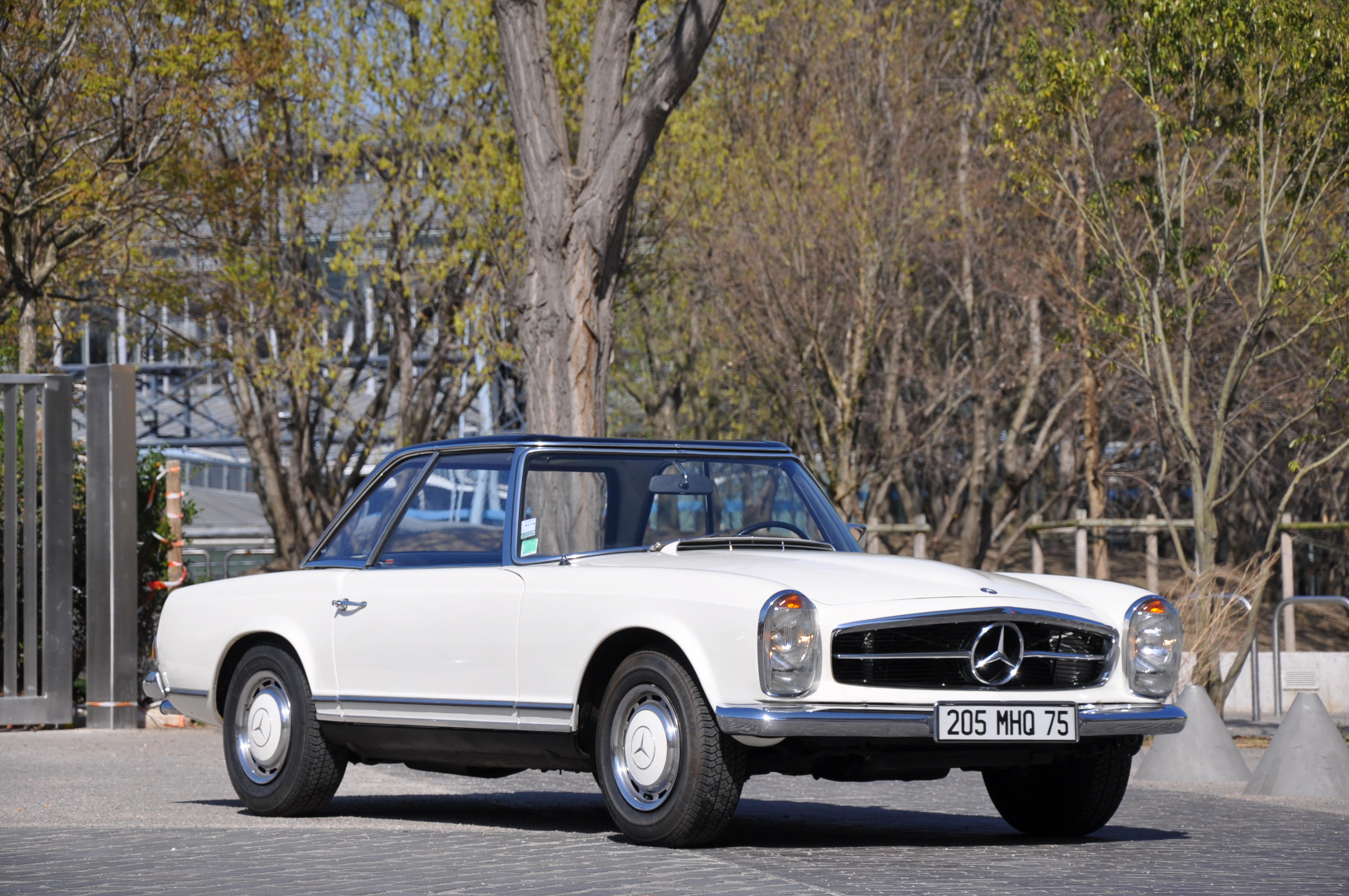