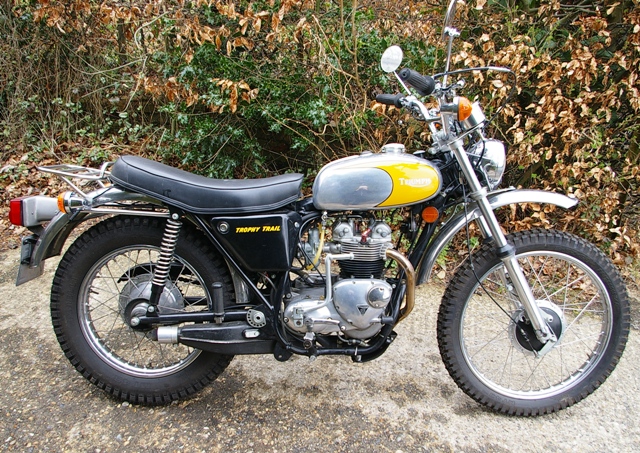 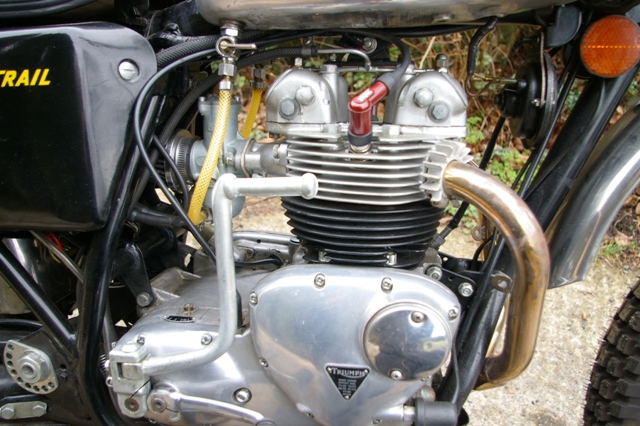 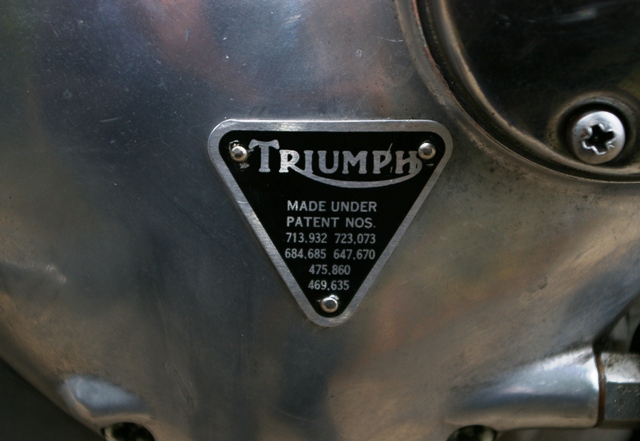 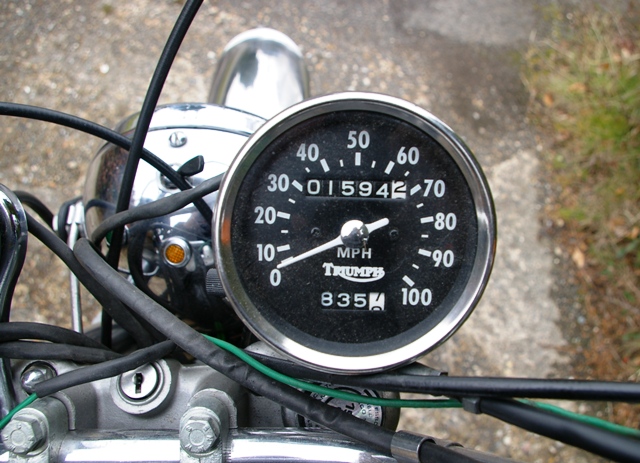 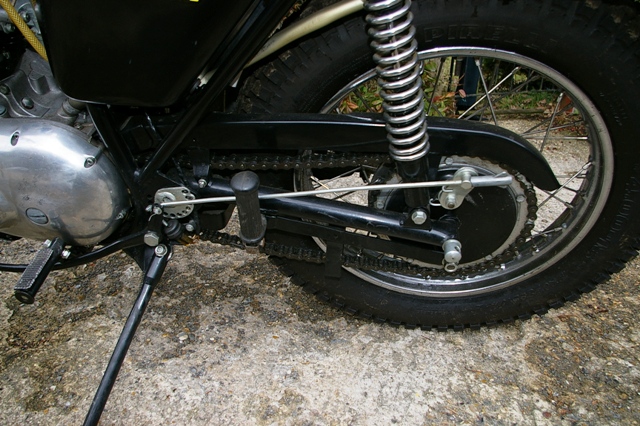 Triumph had gone from a world leader in the 1950's and 1960's to insolvency in 1974. The Trophy Trail, was one of the last motor cycles produced by the manufacturer, and is considered by many to be one of the finest machines to be made by them. Winner of the Daytona 200, the 490cc twin engine - one of the best built at Meriden Triumph - produced a very usable 38hp at 7500 rpm. The chassis was derived from the BSA B50, which was still a winner in motocross as late as 1972. With this combination, its power and excellent handling, the Trophy Trail was an all round dual sports/road machine. If it had been introduced in the late 1960's, rather than 1972, it might have been able to stave off stiff competition from the Far East; however, by 1972, Triumph released this bike as its last hope. Unfortunately, it proved to be too little too late, but 40 years later, it still represents a pinnacle of Triumph development. Today we are pleased to offer this very low mileage, matching numbers example, manufactured on the 24th November 1972 and certified by the Vintage Motorcycle Club, a copy of which resides within the history file. Acquired by the current owner from a long term private collection, the Trophy Trail was re-commissioned in 2012. During re-commissioning the machine was fitted with an Amal Premium carburettor and Boyer Electronic ignition with the original parts being retained to put back to original if required. It is also fitted with a small stainless steel rear rack and is hard wired to trickle charge the battery. Only available due to personal health issues, this Trophy Trail is presented in excellent condition and working order and comes with a current MoT test certificate, historic road fund licence and an original Owner's Handbook. As Trophy Trail 500's are very collectible today, this represents an ideal opportunity to acquire such a fine example. 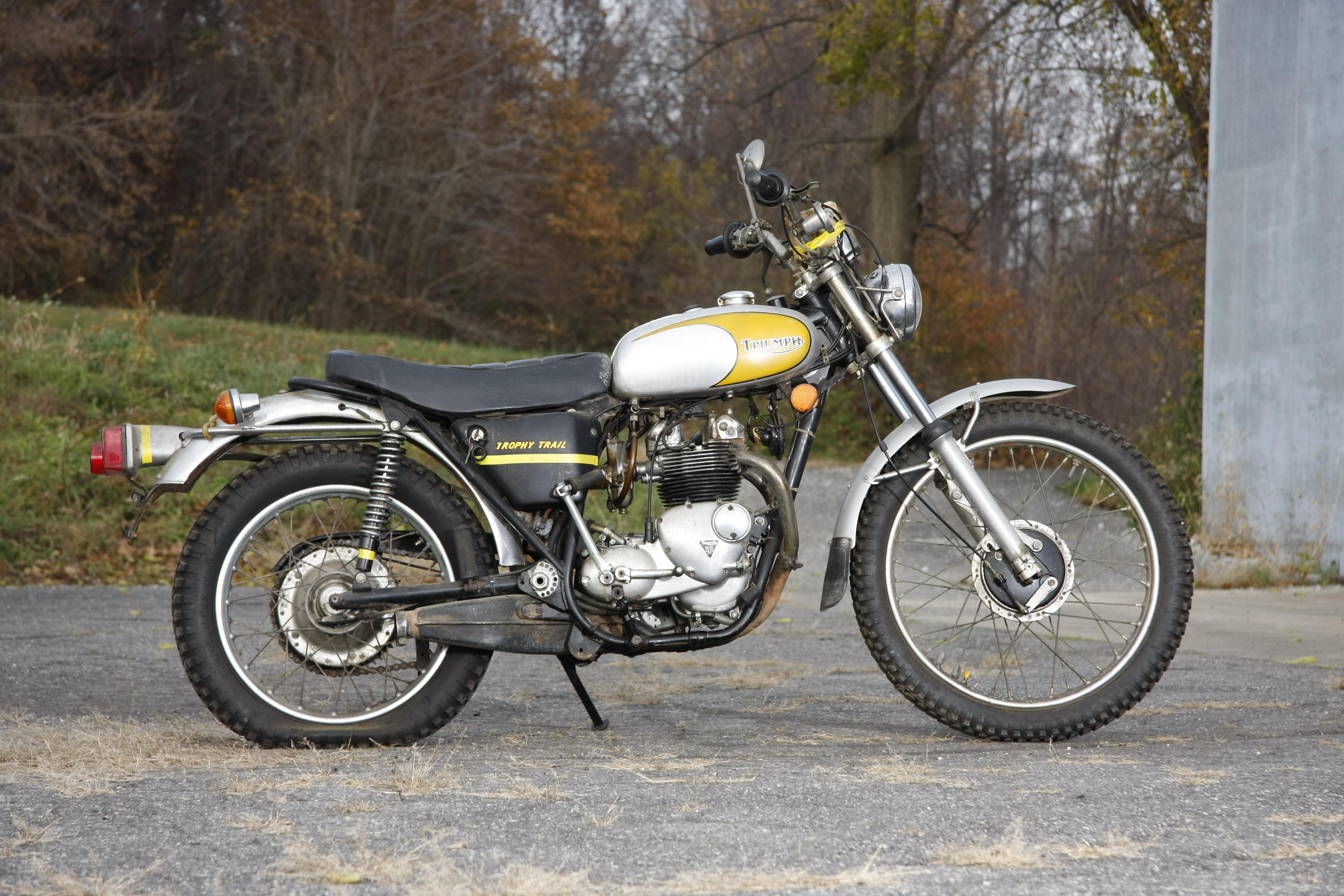 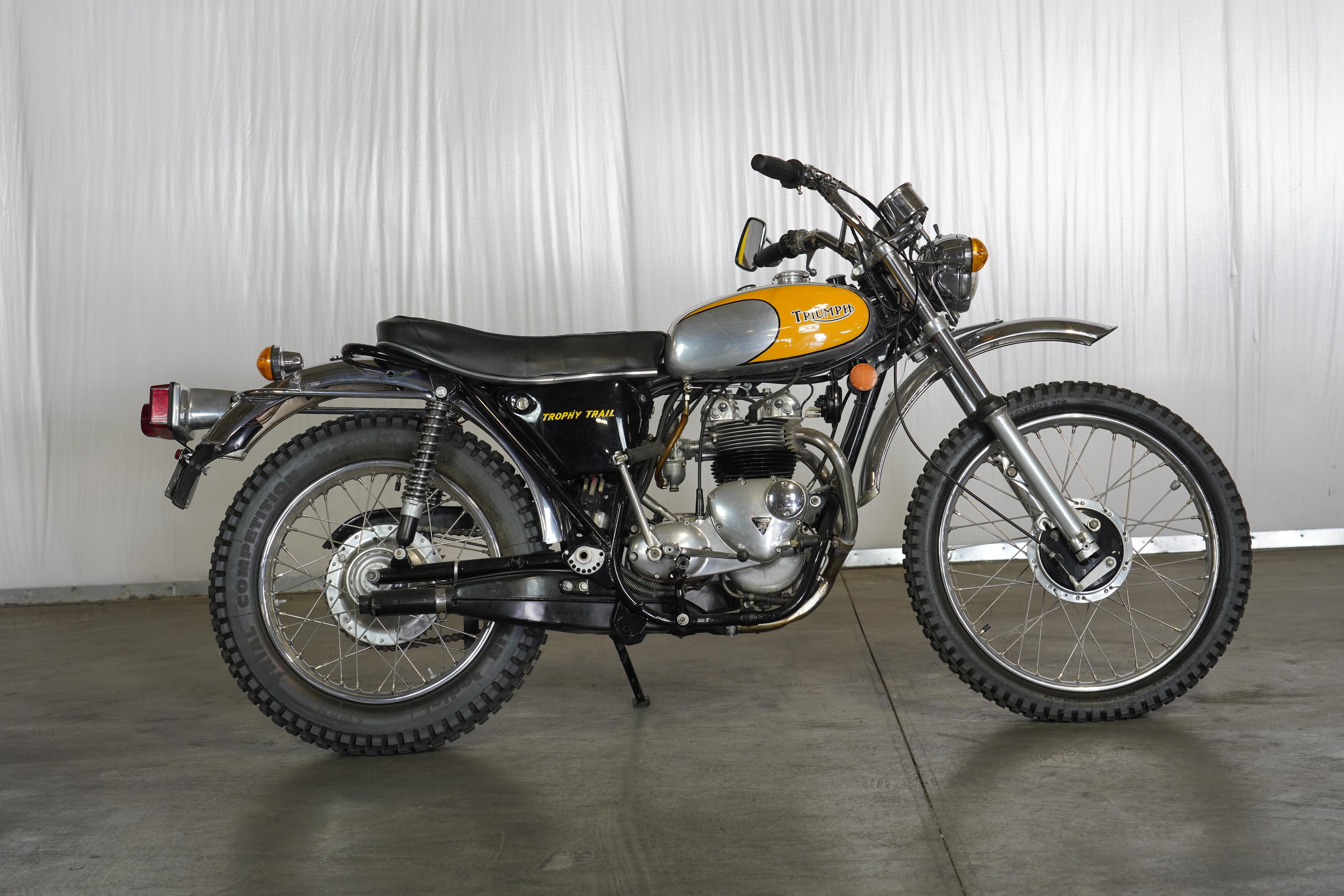 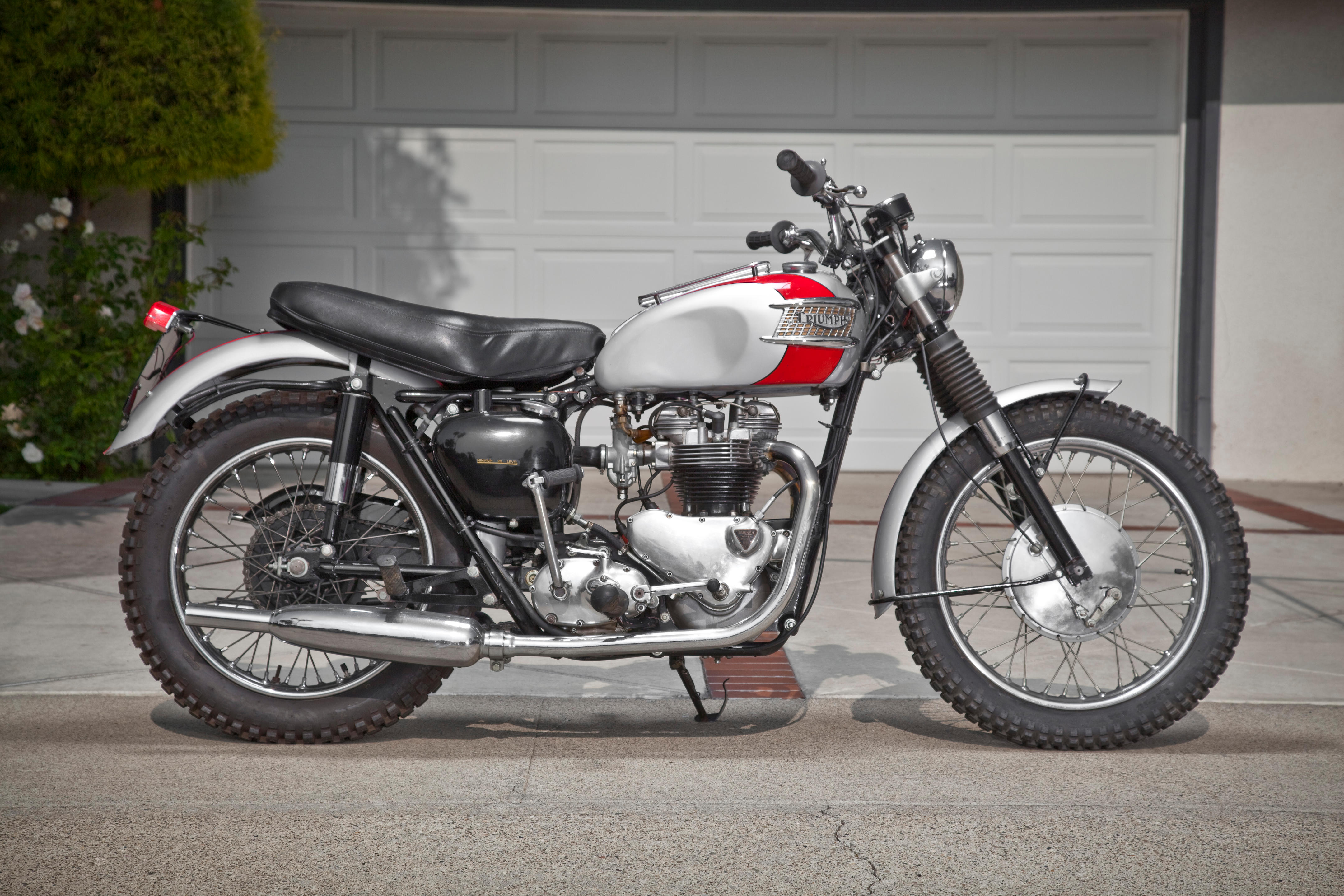