Description We are delighted to offer this rare piece of rally history, the Vauxhall Chevette HSR DTV works rally car, XEG 550X, driven by Englishman Russell Brookes who said that he “considered the car to be one of the finest handling rally cars I’ve driven”! With correct 2.3 Engine, matching Roll-cage and chassis numbers, this is without doubt an extremely important part of Rallying history and offered for sale for the first time since the current keeper purchased the car in 1988. Supplied with an extensive works spares package (please see file for full list). In 1974 Brookes started one of the longest running sponsorship deals in motorsport when he signed with “Andrews – Heat for Hire”. Their distinctive yellow and white livery, still correctly displayed on XEG550X, graced nearly all of his cars through to 1991 and created a benchmark for other sponsorship deals in the sport. Brookes with his Heat for Hire sponsorship joined the Vauxhall Team in 1982 and was given the first drive of XEG 550X, the last of the DTV HSR’s to be built which took the HS variant’s basic body but with lightweight GRP bonnet, boot-lid, wide wings & sill extensions – thus gaining the nickname of the “Plastic Fantastic!” During this first year, Brookes drove impressively and gained notable successes with a 3rd at the Hunsruck Rally and 2nd at the Manx. Moving into 1983 with the new Group B rules and homologation amendments completed on XEG 550X, there were many great podiums during the season but the crowning glory came at the Circuit of Ireland Rally where Brookes had vast experience. With multiple attacks from the start with opposition in the form of Opel, Audi and Pentti Arikkala in a Lancia Rally, Brookes used his knowledge of circuit to quickly take XEG 550X to 2nd position by day 2. By Stage 22 into Killarney, Brookes had a 2minute lead over the field with the solid reliability of the HSR proving to be a fantastic advantage and on Stage 33 they were the fastest car recorded on the Sunday. With a 3 and a half minute lead by the Monday, Brookes finished off the Rally with a superb and unwavering drive to take the coveted top podium. Throughout the 1983 Rothmans-RAC Series, Brookes had a running battle with Stig Blomqvist and Audi’s formidable Quattro, so by the end of the season Brookes finished a truly admirable 2nd place overall with XEG 550X, also notably ahead of the more powerful Opels. In 1984 Brookes moved on to the Opel Mantas himself and XEG 550X was used by another Englishman, Cyril Bolton who competed in the car before selling onto the current owner a few years later. During 1988 in the hands of its current and only 2nd owner since the works team, XEG 550X continued to show its credentials with further successes and only just missed out on winning that year’s Irish National Rally series. In 1989 XEG 550X retired from competitive Rallying and was placed in storage until 1999 where it was entrusted into the hands of Kenny McKinstry for a full restoration. Since the completion of the restoration, the owner has kept XEG 550X in superb condition, maintaining it fully. A wonderful piece of Rallying history with a pedigree that is legendary in Rallying circles around the world, including the many followers of Brookes illustrious career. This is a unique opportunity – don’t miss it! Next Lot » Enquire Your name Email Telephone Message Type your message Search Enter the make/model/year you are interested in 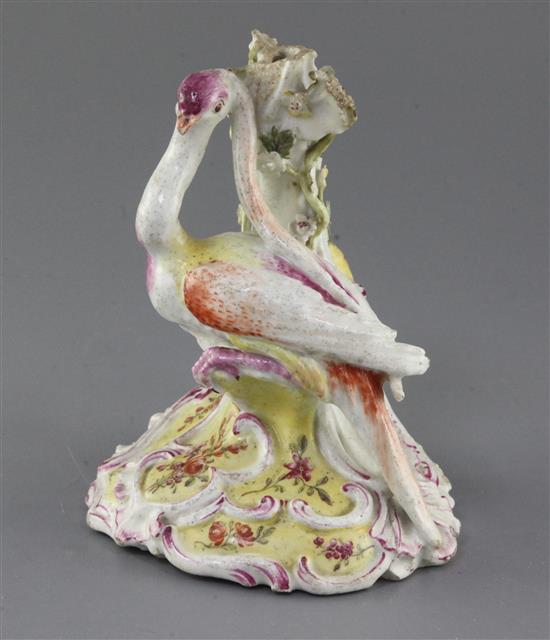 An extremely rare Girl-on-a-Horse or Com