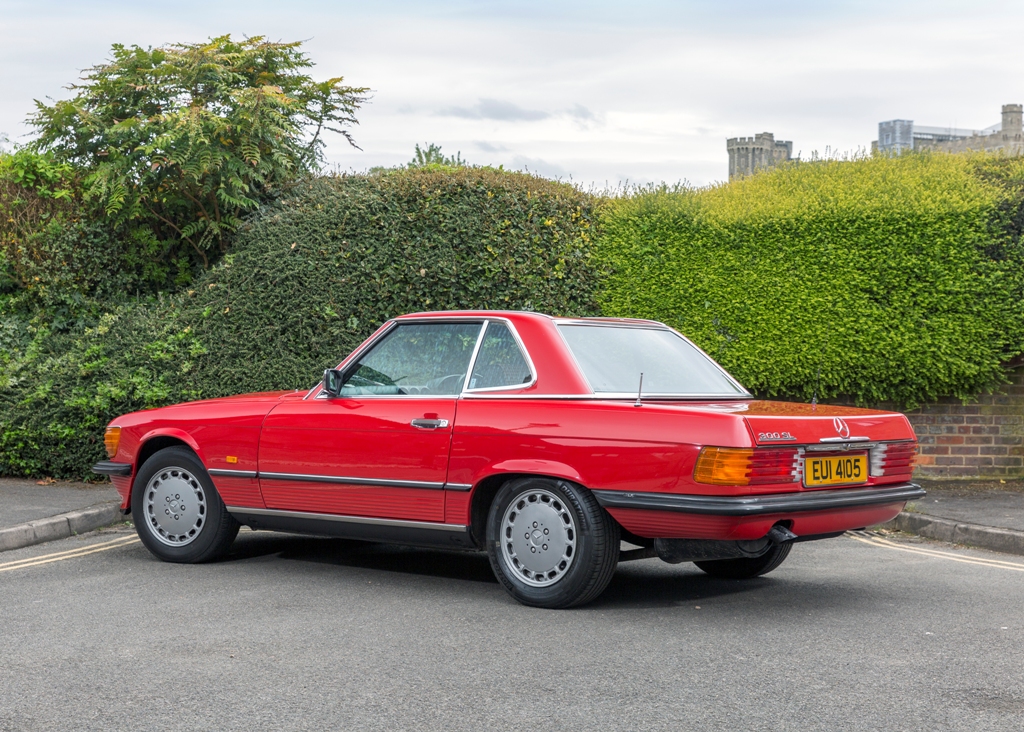 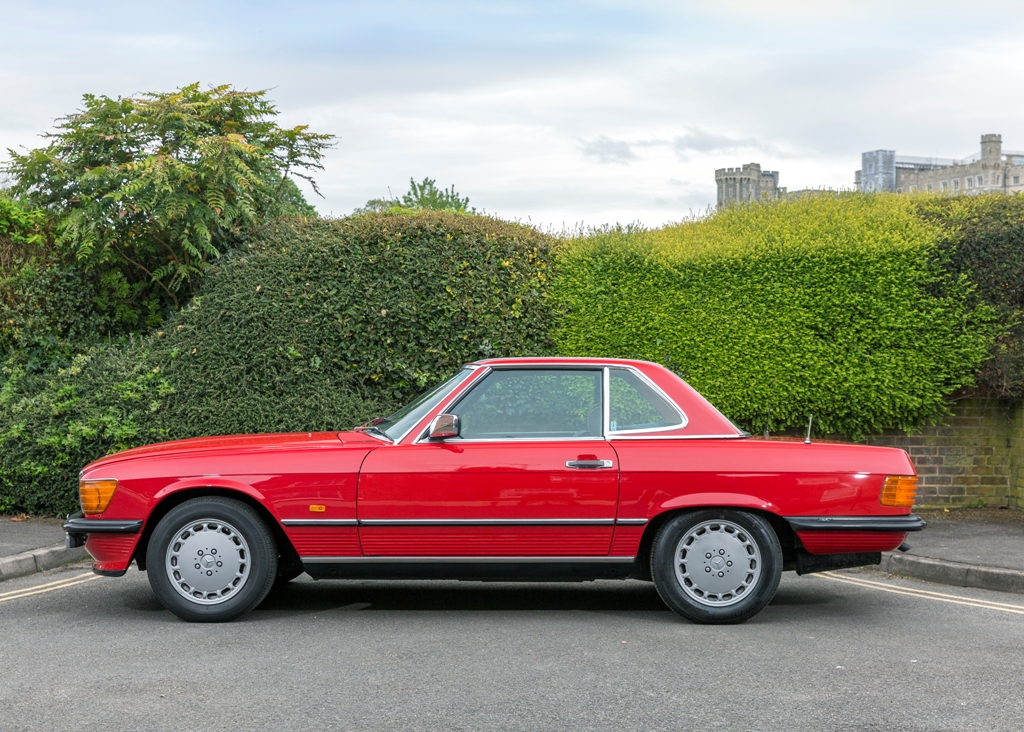 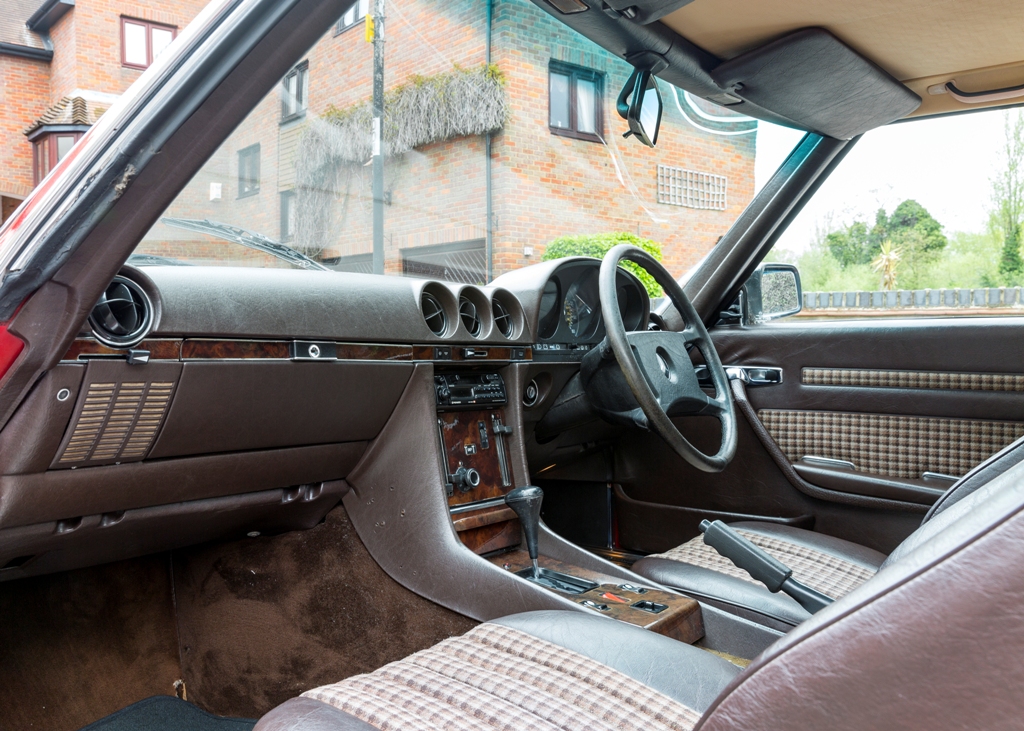 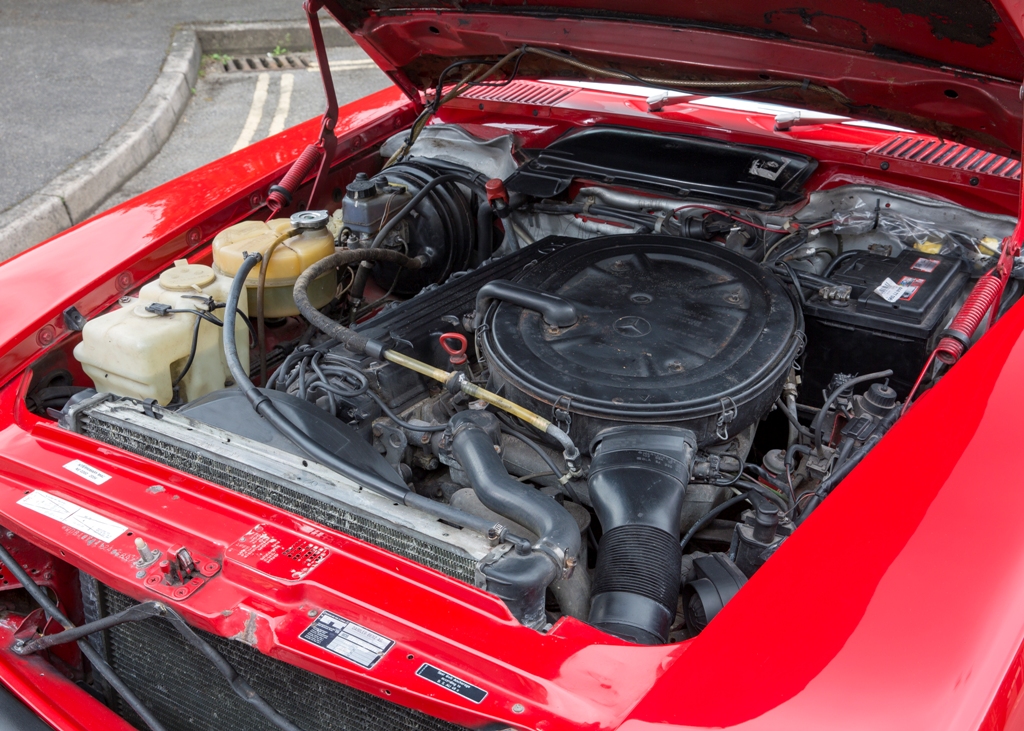 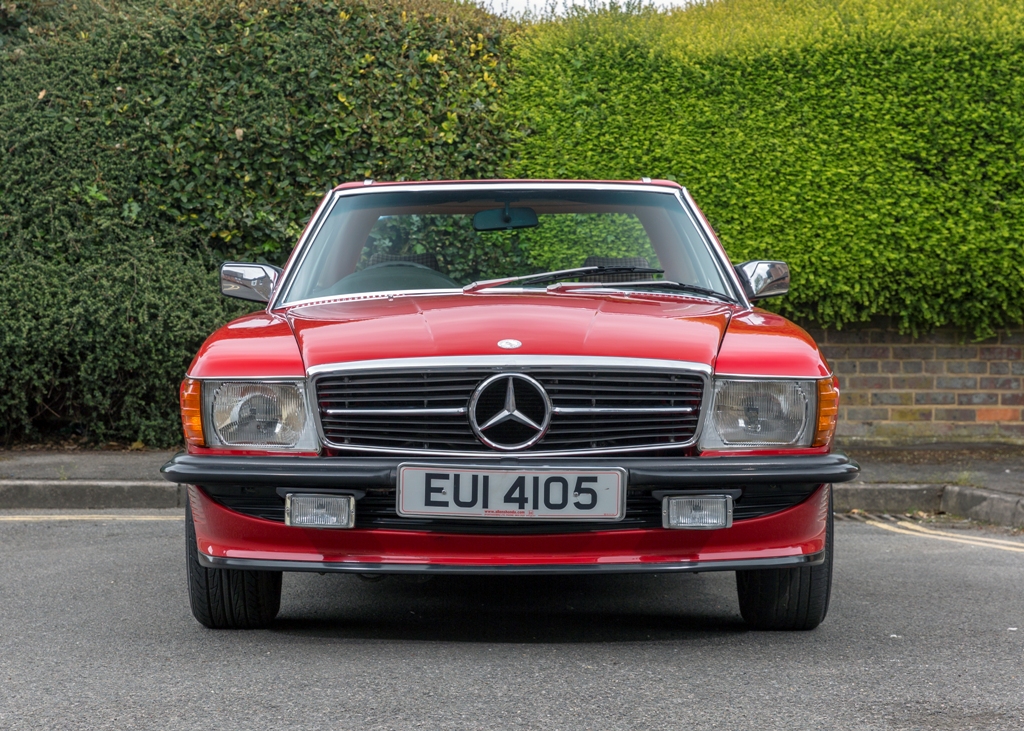 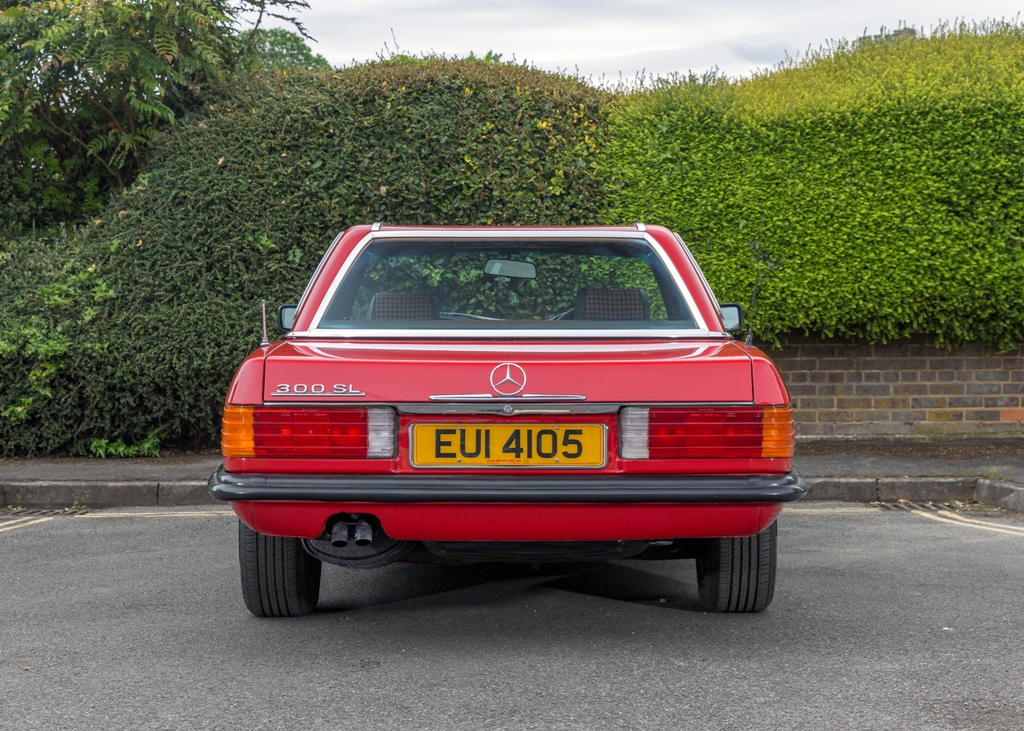 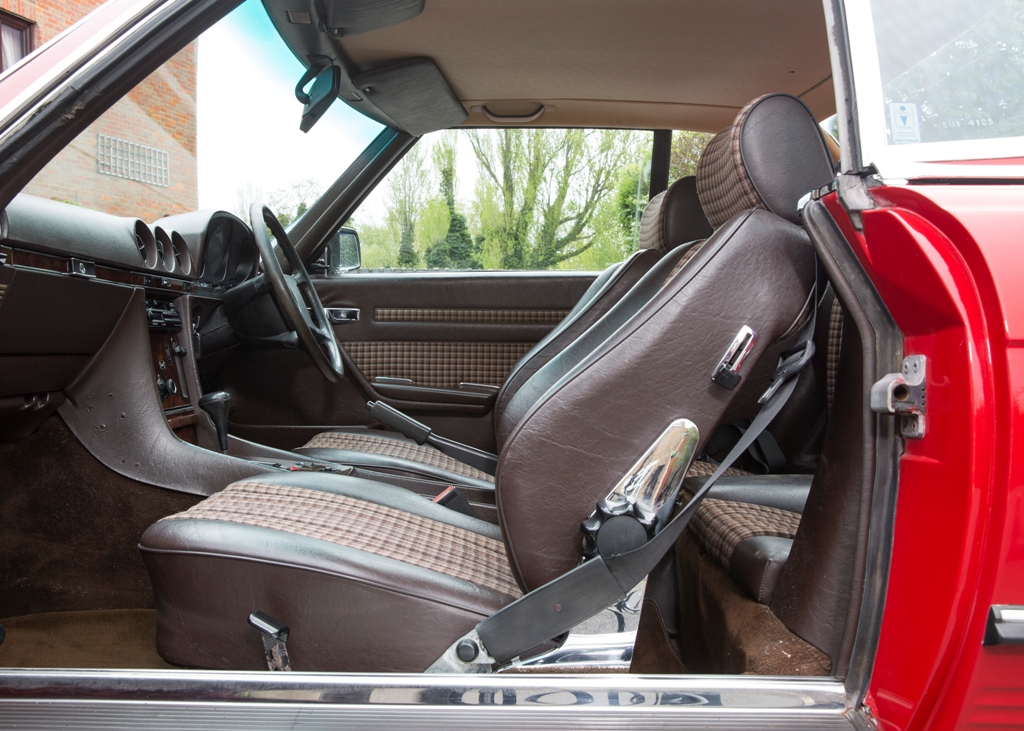 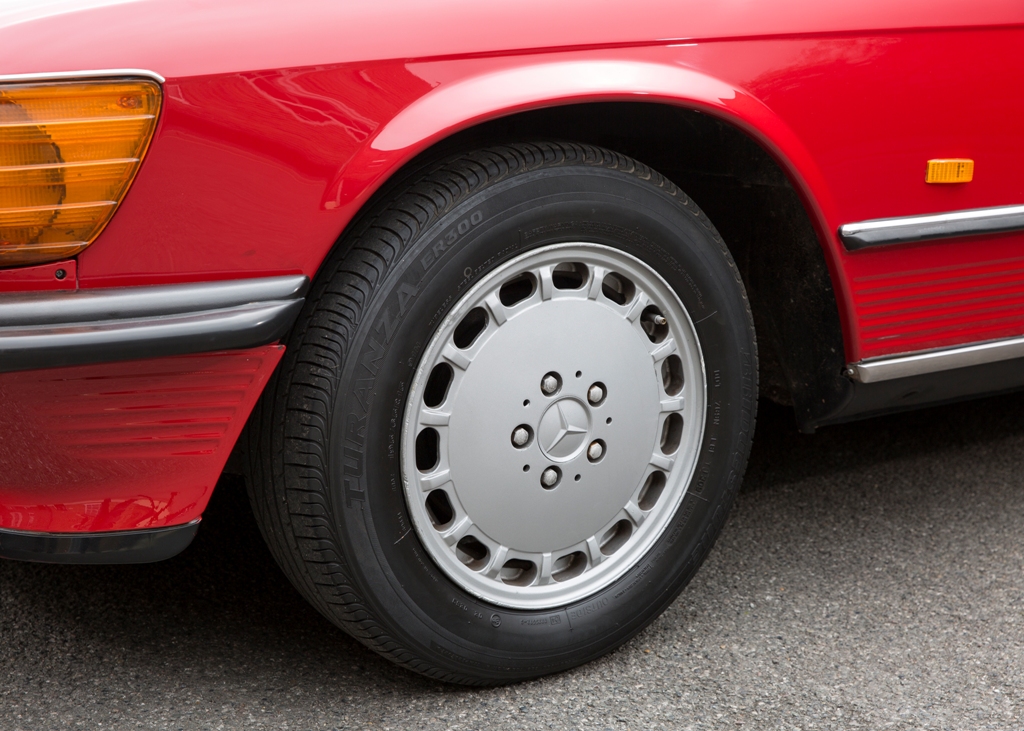 Comprehensive service history Desirable 300 variant Introduced early in 1971, this impressive two-seater sports car replaced the 280 SL. The body and chassis of the 3rd generation SL were considerably heavier and longer than its predecessor but still showed a slight resemblance to them. The front and rear axles were similar to those of the 200-250 models, with independent wheel suspension using double wishbones and anti-dive control at the front and a diagonal swing axle at the rear; four-speed automatic transmission was available as an option. The 3.5 litre, V8 engine underwent slight modifications to those being used on other models and the gear lever was placed on the floor in the centre of the car. The standard transmission provided a top speed of 130mph and a very respectable 0-62mph in 8.8 seconds. As with the previous generation SLs, the vehicle came as an open roadster with removable hard-top roof. The R107 body shape went on to become one of the longest running styles from Mercedes-Benz, remaining in production until 1989 with some 13 variants during that period. This delightful and very well presented 300 SL is offered in red coachwork with iconic Mercedes-Benz contrasting chequered trim. Supplied new in 1987 to the Isle of Man, this is clearly a well cared for example and has been stored in a warm garage since 2000 when it was last used and serviced showing 100,838 miles. Accompanying the car is a full original book pack which includes the original service booklet comprehensively completed until 1999 with 18 entries from main dealers and specialists alike. Although supplied to the Isle of Man this car appears to have been brought straight to London in 1987 and then in 1991 it was exported to Northern Ireland. Supplied with every MoT test certificate since its time in Ireland, this car was recently returned to the UK but will require a UK V5 certificate if to remain on British roads. A current MoT test certificate is present until August 2018. A lovely example of a very desirable R107 Mercedes-Benz SL and sure to be very popular with bidders. 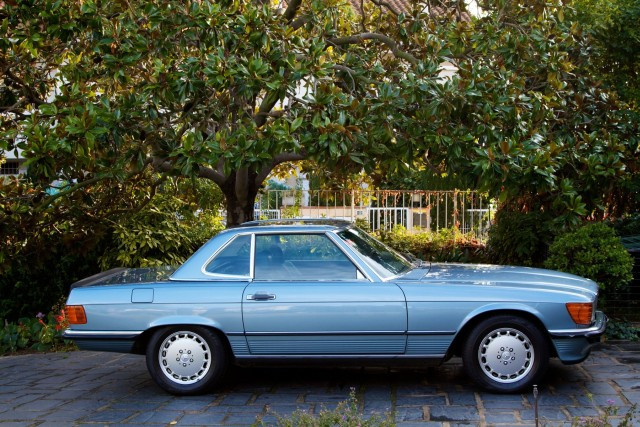 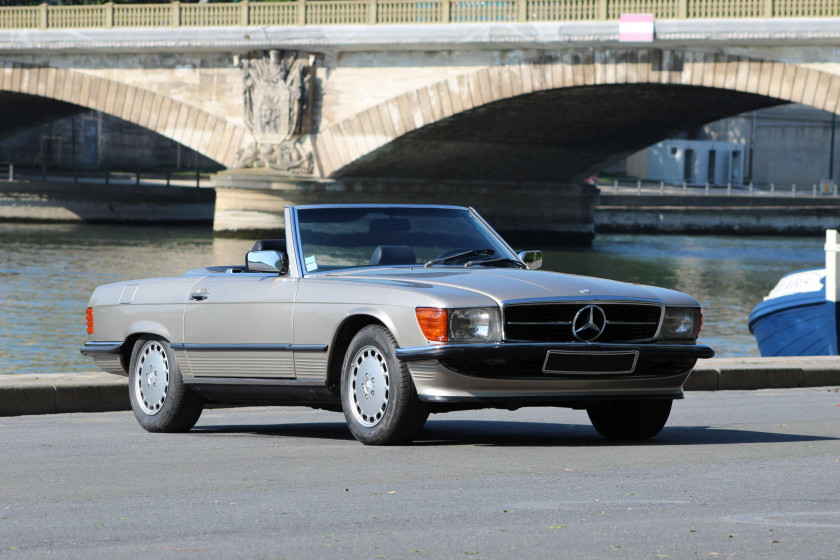 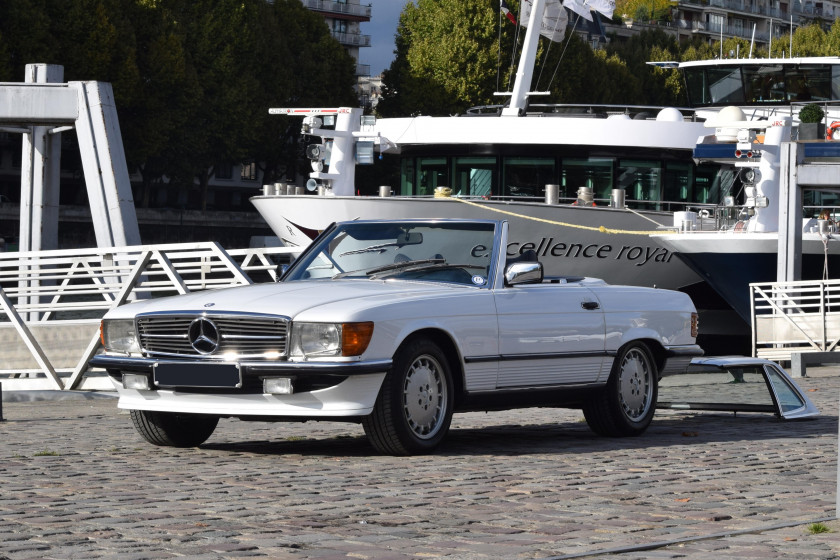 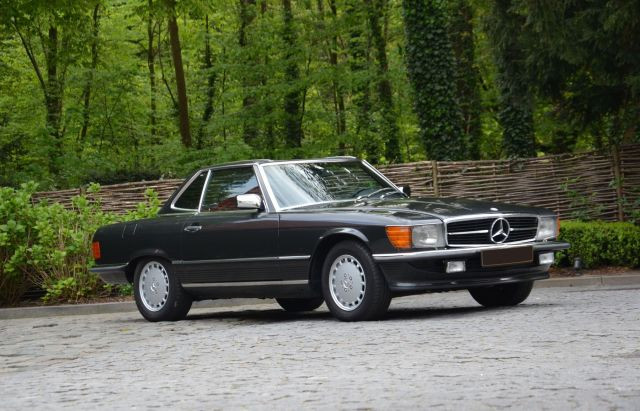 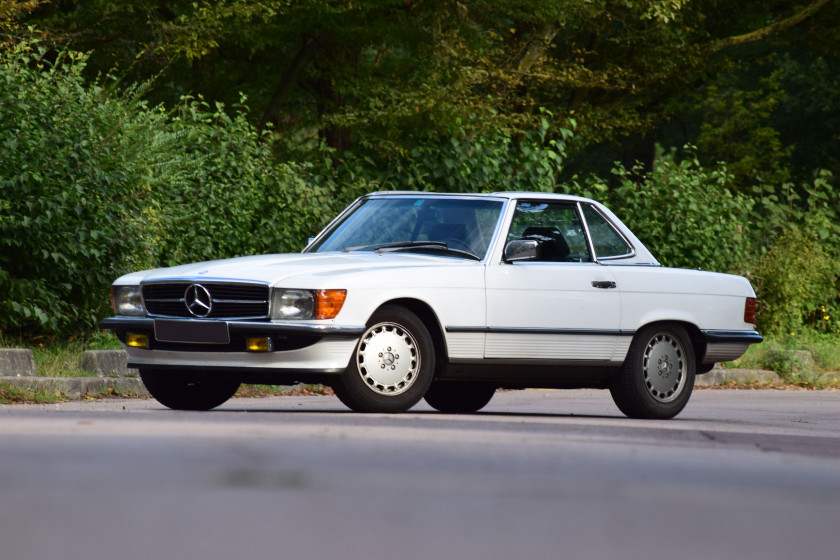