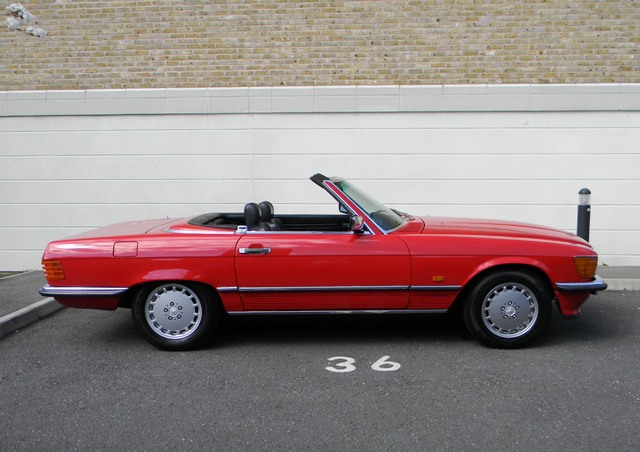 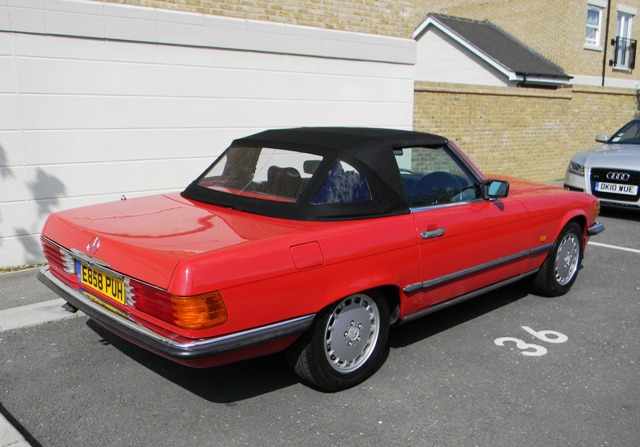 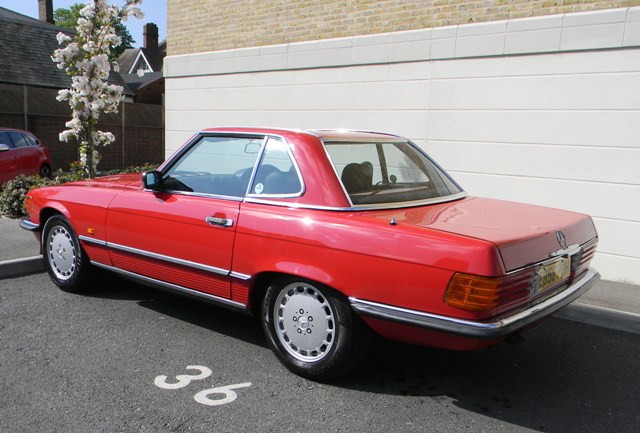 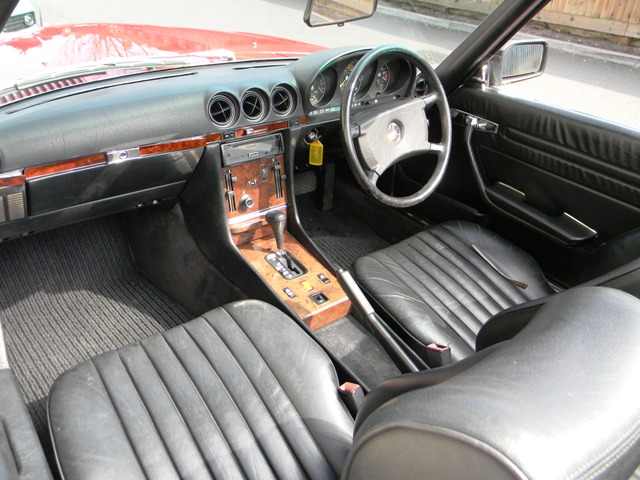 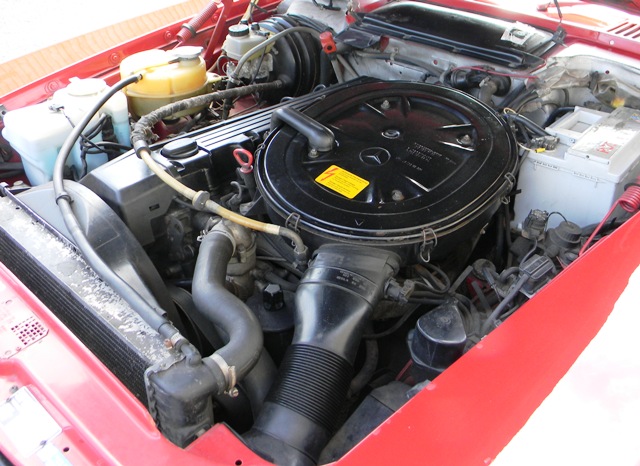 Mercedes-Benz have been producing an SL model or range of models since 1954. The similarly styled but mechanically unrelated 190 followed in 1955 completing the first generation of cars. The second generation SL's began with the 230 in 1963. It was distinguished by its lower waistline, big curved screens and a distinctive optional hardtop that earned the model its nickname of `pagoda top'. Over its nine years of production, the second generation SL's engine grew in capacity from 2.3 litres to 2.5 litres and finally to 2.8 litres which was shown by the name 230Sl, 250SL and 280SL. The larger, third generation SL was launched in 1971, initially with just a 3.5-litre engine (350SL) mated to four-speed automatic transmission. The car featured a two-door monocoque body shell with independent suspension all round, coil springs and anti-roll bar at the front and semi-trailing arms, coil springs and anti-roll bar at the rear. The power assisted steering was Daimler-Benz's own re-circulating ball system. Over its seventeen year reign, the R107 range was powered by no less than eight different engines - two sizes of straight-six unit and six versions of 90-degree V8. This excellent, righthand drive Mercedes-Benz 300SL with the optional rear seats was purchased by the vendor from a very reputable Mercedes-Benz SL specialists in the Midlands and while in his ownership has spent approx £4,000 to make sure that the car is mechanically sound, recent work carried out to the car includes a new black mohair soft-top, the repair and painting to the driver's side sill panel and the replacement of the offside steering track rod end. Finished in red with matching hard-top and black leather interior this Mercedes-Benz 300SL is supplied with a V5C registration document, an MoT test certificate which expires in November 2013 and a file containing invoices regarding the works carried out. The vendor tells us that this car does drive superbly, never misses a beat and is a true grand tourer. The ideal car for what we hope will be a stunning summer. 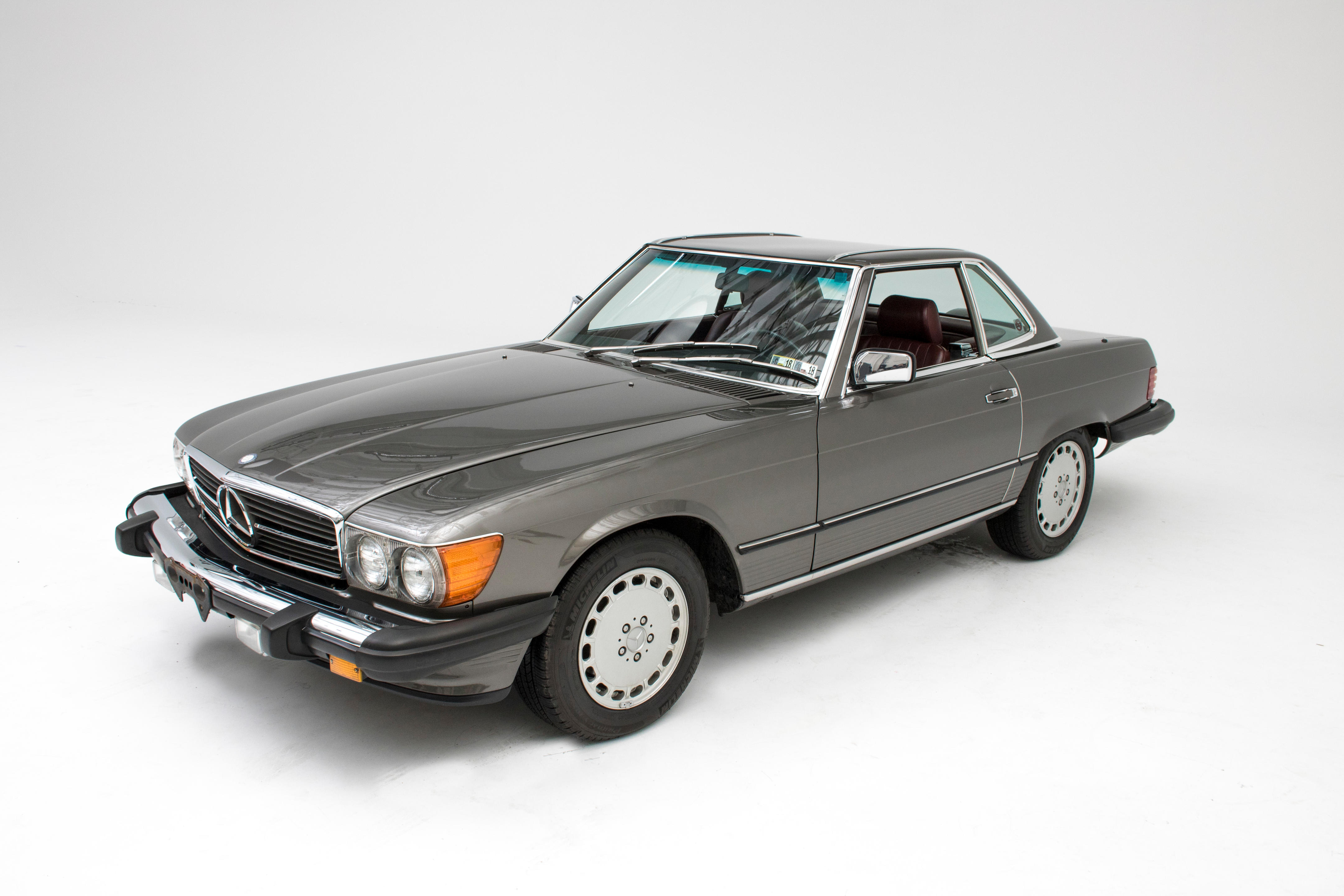