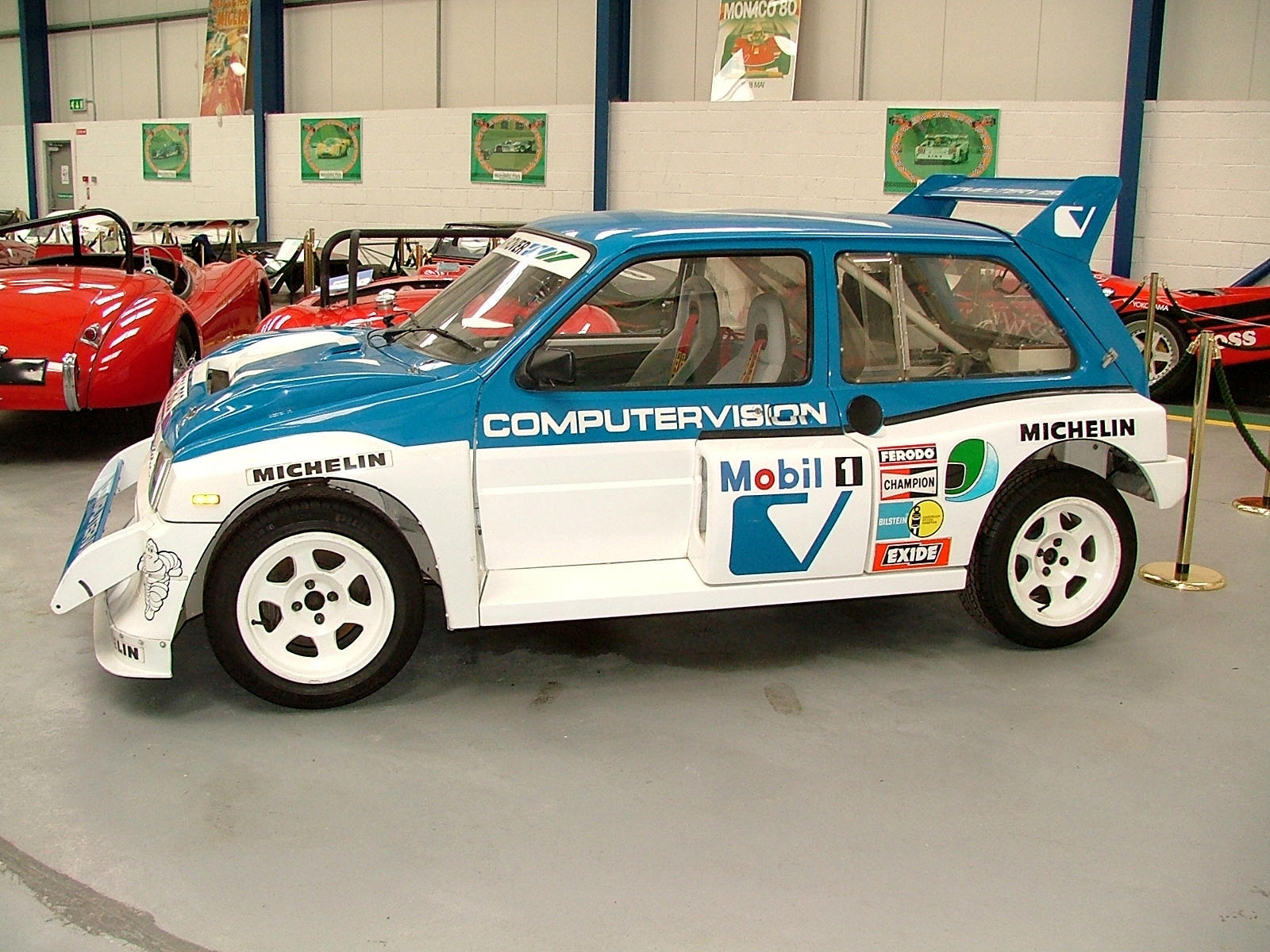 Even back in the 1980s, Austin-Rover’s Metro must have seemed an unlikely candidate for World Rally Championship honours. But although the Metro 6R4 - like its Group B rivals from Lancia and Peugeot - bore a passing resemblance to the road car whose name it bore, beneath the skin it was an entirely different animal. Gone was the puny A-Series engine/front-wheel-drive package, replaced by a 3-litre, 90-degree V6 sited behind the front seats and driving all four wheels. Twin-cam cylinder heads modelled on those of Cosworth’s Formula 1 DFV V8 engine enabled the 6R4 unit to develop 250bhp in road trim, up to 410bhp being available in full works tune. The mid-engined chassis, needless to say, owed almost nothing to that of the standard Metro. In the course of development a host of aerodynamic and other appendages were grafted on to the basic Metro bodyshell, resulting in an end product that looked… well, ‘purposeful’ was about the kindest description. Group B regulations required a minimum build of 200 cars, the first of which was completed in mid-1985 and the last in November of that year. Sadly, the works Computervision-sponsored 6R4’s debut performance, when Tony Pond drove one to third place in the ’85 RAC Rally behind a brace of Lancia Delta S4s, would prove to be its most successful. However, after the works team’s withdrawal from World Championship rallying the 6R4 found its true métier, Rallycross, a sport it would continue to excel at well into the 1990s. This Metro 6R4 is the Computervision works show car. Built to Clubman specification, the car has the 250bhp engine, belt guards and interior ‘comfort’ kit, but has never been used in competition events. Finished in the works Computervision livery of white/blue with grey/red interior, it is presented in full working order and in perfect condition throughout. 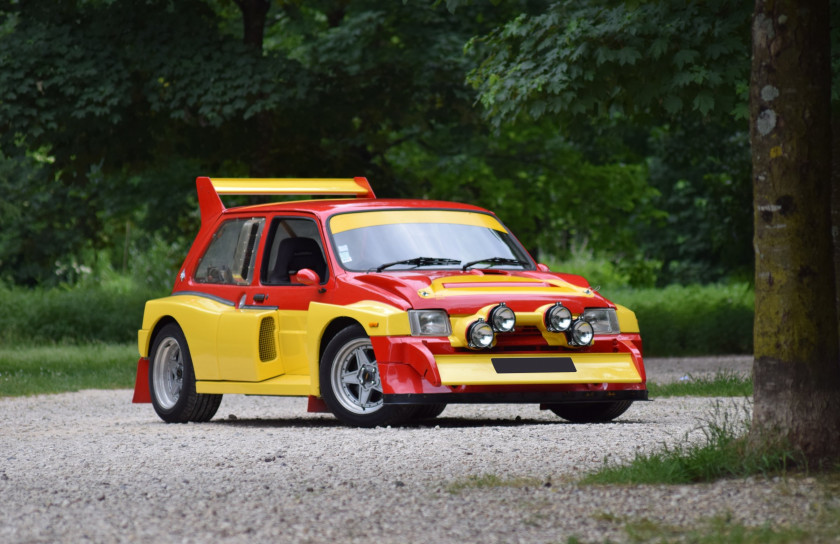