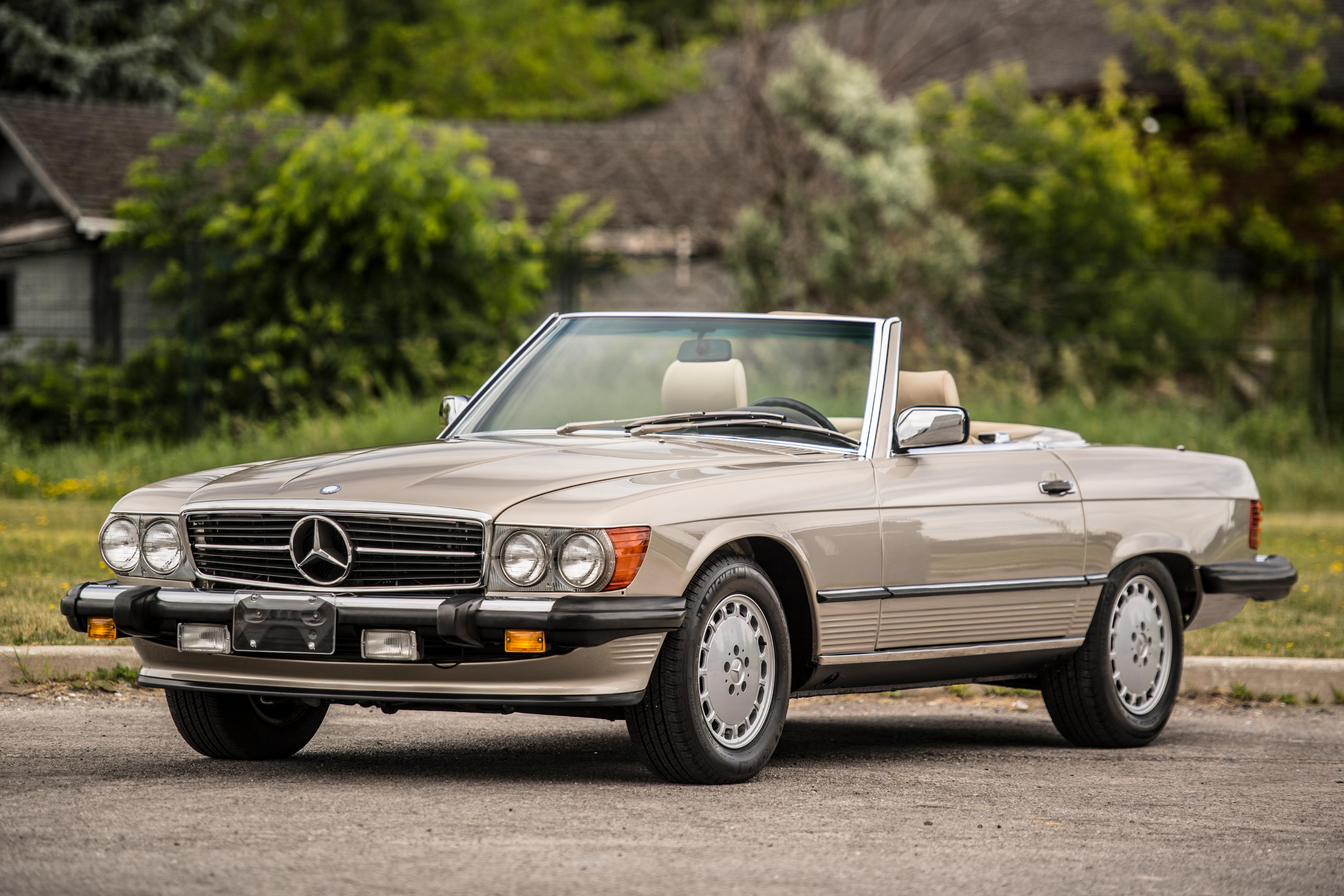 5,549cc SOHC V8 Engine Bosch Fuel Injection 225bhp at 5,200rpm 4-Speed Automatic Transmission 4-Wheel Independent Suspension 4-Wheel Disc Brakes *Less than 28,000 miles from new and exquisitely presented throughout *Presented in the elegant factory livery of Smoke Silver Metallic over Crème Beige *High-quality, end-of-the-line Mercedes-Benz icon *Offered with comprehensive history file and factory hard top THE MERCEDES-BENZ 560SL When Mercedes redesigned its famed SL in 1971, there was a lot of equity behind it—after all, when the incomparable 300SL Coupe and Roadster were built fewer than 20 years before, they set the world on fire. In 1963, the next-generation 230/250/280SL brought Mercedes' sports car down to earth, replacing both the incredible 300SL and four-cylinder 190SL. For the next SL, Mercedes started with the chassis of the mid-size "W114/115" model and added the motors from the large "W116" S-Class. The result was a luxurious V8 Convertible that ended up being the longest passenger car series ever produced by Mercedes to date. Despite its age, the final iteration, the 560SL, remained a prized automotive status symbol and an iconic part of the brand's lineup. THE MOTORCAR OFFERED Completed at the Mercedes-Benz Sindelfingen factory in May of 1989, this exceptional 560SL was delivered new to the U.S. market. Generously optioned and equipped with both a soft and hardtop, this 560SL was finished as it appears today, in the classy Smoke Silver Metallic over a Crème Beige interior. The new Mercedes-Benz was sold new by Ray Catena Motor Car Corp. to the first owner in July of 1989. According to the CARFAX report, the 560SL remained in the Northeast until 2010, at which point the car is recorded to have had just over 26,800 miles. Today, this fine Mercedes-Benz presents in extraordinary condition with quality finishes throughout, and less 28,000 miles on the odometer. The exterior has been professionally re-finished in the elegant Smoke Silver Metallic, a color suitable for the luxurious Mercedes-Benz. Many service records can be found in the cars history file, along with the original window sticker, owner's manual, service booklet, spare keys. and the tool to remove the factory hard top, also accompany the car. As such, this high-quality Mercedes-Benz, from the very last production year of the legendry model, is ideally suited for open top touring with nearly all the power and amenities of a modern car, yet uniquely elegant and stylish in a way only a classic Mercedes-Benz SL can capture. 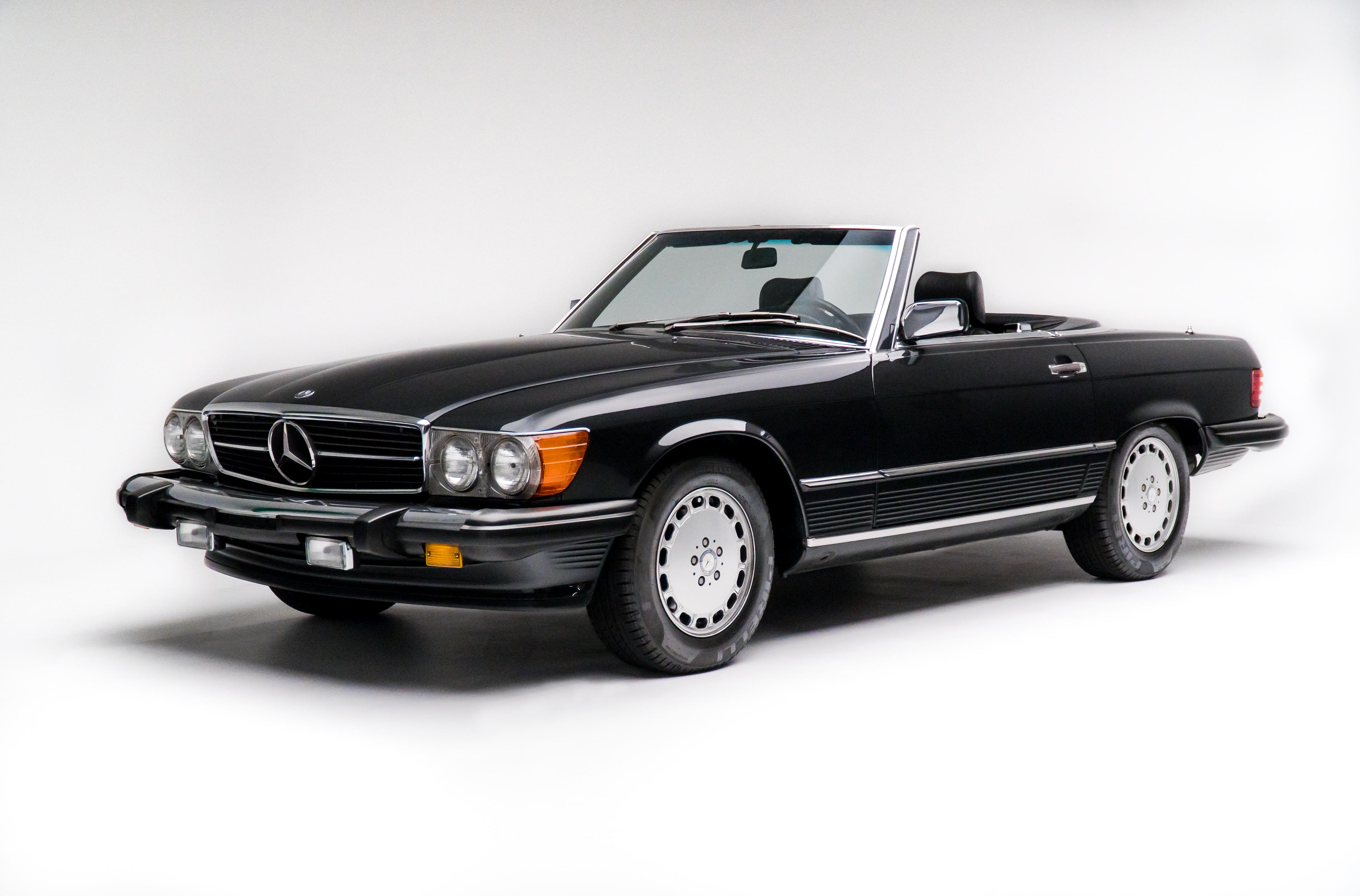 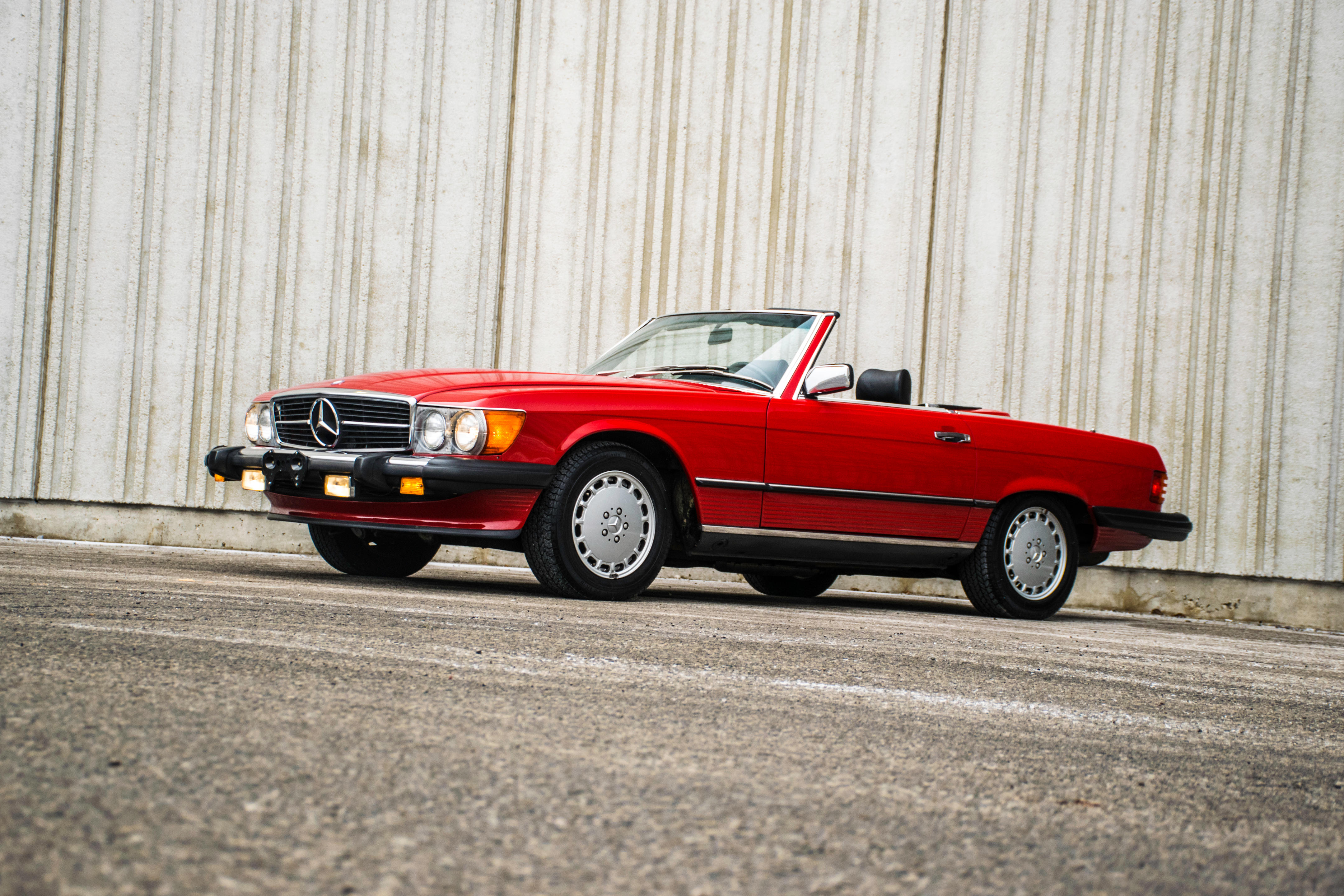