A BLACK AND WHITE ‘ZHONG KUI’ JADE SNUFF BOTTLE, QING DYNASTY Katalognummer: SN0618-034 Nephrite, carved in high relief, with a smooth surface polish China Qing dynasty The bottle is carved to depict on one side with Zhong Kui escorting his sister to her wedding. The demon queller holds a fan as he walks in front of his sister who is being pushed in a wheeled chair by a demon, while another demon carrying a stack of ribbon-tied books follows behind from the reverse of the bottle which is carved with a raised couplet, zhong shan feng xing, zhu e mo zuo, which may be translated as ‘cultivate all good, create no evil’. The clever use of the white markings in the stone to enhance the figural scenes speaks to the mastery of this bottle’s maker. The contrast of the seated bride in white against the black wheeled chair is particularly impressive. Zhong Kui is a figure of Chinese mythology. Traditionally regarded as a vanquisher of ghosts and evil beings, and reputedly able to command 80,000 demons, his image is often painted on household gates as a guardian spirit, as well as in places of business where high-value goods are involved. Shape: Bulbous oval shape Hollowing: Excellent, the bottle is therefore quite light in weight, especially given its size Mouth, neck and lip: Short, broad cylindric neck, slanted lip, convex top, small cylindric mouth with minor drilling inconstancies Base: Oval, slightly convex base Design, marks, school: While in the past reputed experts have unequivocally attributed this bottle to the Suzhou school, it is this authors opinion that it could be either from Suzhou school, dating to the 18th century, or a later example, dating from the 19th or, unlikelier, the early 20th century (please see also detailed remarks about comparable bottles in the literature section of this text) Stopper: Pink tourmaline cabochon Height of the bottle with stopper: 7.5 cm. Width of the mouth: 7 mm. Width of the neck: 23 mm. Condition: Excellent, with minor wear, some tiny nibbling to exposed areas (only visible under the magnifying glass) and two minute chips Provenance: American private collection Literature comparison: THE BLANCHE B. EXSTEIN COLLECTION OF CHINESE SNUFF BOTTLES. Christies, New York, March 21st, 2002, lot 260. (for a comparable bottle, dated to 1750-1820, also with a raised couplet on the backside, the white layers in the stone of a similar, milky appearance) Chinese Art. Sotheby’s, New York, March 21st, 2015, lot 864. (for a comparable black and white jade bottle, dated to the 19th century) The Joe Grimberg Collection of Chinese Snuff Bottles. Sothebys, New York, September 14th, 2010, lot 70. (for a comparable bottle, not dated) SNUFF BOTTLES FROM THE MARY AND GEORGE BLOCH COLLECTION, Part I. Bonhams, Hong Kong, May 28th, 2010, lot 93. (this bottle is particularly interesting to compare: it shows similar drilling inconstancies to the mouth, the design of the base and the shiny surface polish are alike, and the manner in which the surfaces of the rocks have gracefully been left empty is also somewhat related; however, the stark contrast between white and black is key in the Bloch bottle and such contrast was at some point regarded as a must for an unequivocal attribution to the Suzhou school; however, see for example Chinese Snuff Bottles from the Sanctum of Enlightened Respect III, Denis S. K. Low, lot 63, or Moss, Graham, Tsang, The Art of the Chinese Snuff Bottle, no. 24, for bottles firmly attributed to Suzhou, showing similar ‘shady’ white layers in the black jade with similar softer contrast as in this bottle) 清代黑白玉“鍾馗“鼻烟壺 品相極好，局部有磨損，衹有在顯微鏡下可見的磕碰紋及兩道細紋 美國私人收藏 Schätzpreis 估價: € 1.500 Startpreis 起拍價: € 750

A black and white squad photograph of To 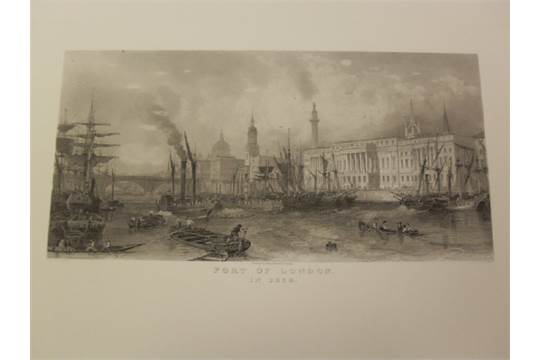 AN ELEGANT PAIR OF BLACK AND WHITE CULTU

A rare Steiff Bison , with brown and bla

A quilt of printed cottons, the centre o

A black and white portrait photographic

A PAIR OF BLACK AND WHITE CULTURED PEARL

A Dean's Mickey Mouse, with black boot b