A good Albert Medal for Land awarded to

A good Albert Medal for Land awarded to Gunner J. Fairclough, Royal Artillery, for saving three boys from a raging petrol fire at a warehouse in Ambala, India, 27 April 1927, which necessitated entering the collapsing building on three separate occasions despite suffering severe burns to his body. Still alive in 1971, he was one of only 15 living Albert Medallists who declined to exchange their awards for the George Cross Albert Medal, 2nd Class, for Gallantry in Saving Life on Land, bronze and enamel, the reverse officially engraved ‘Presented in the name of His Majesty to Gunner John Fairclough, Royal Artillery, for Gallantry in endeavouring to save life at Ambala on the 27th April 1927’, in case of issue, central cypher slightly loose with small chip to red enamel, edge bruising, therefore very fine £4,000-£5,000 Footnote Provenance: Spink, September 1993. A.M. London Gazette 8 May 1928: ‘On the night of April 27th, 1927, a serious fire occurred in a petrol godown in Ambala. Three Indian boys had gone to the godown in a lorry to get petrol and they entered the building carrying a lantern. The naked light ignited the petrol vapour with which in the hot weather the building was filled and in a very short time the whole building was ablaze. On the outbreak of the fire the lorry driver departed and before any organised aid could arise the boys were trapped in the burning building. Gunner Fairclough who happened to be walking alone near by at once went to their assistance. in spite of the fact that the heat from the burning building was so intense as to keep onlookers at a considerable distance from the fire, he three times entered the building and rescued the three children. Gunner Fairclough was severely burned and unfortunately the three Indian boys later died. Gunner Fairclough in entering on three separate occasions a burning building containing a highly inflammable and in certain circumstances a highly explosive substance, three times put his life in the gravest danger. To enter the building the first time was an act calling for great courage, but to enter it twice thereafter, knowing the full danger to be run, was an act of exceptional gallantry.’ John Fairclough was born in St. Helens, Lancashire, on 29 October 1900, and upon leaving school was employed at the United Glass Works, St Helens, where his father was manager. At the age of 19 he enlisted into the Royal Garrison Artillery, and spent the next seven years in India, based mainly at Lucknow. Whilst serving with the 21st Medium Battery, Royal Artillery, in India he was awarded the Albert Medal, for his gallantry in saving three boys from a raging petrol fire at a warehouse in Ambala on 27 April 1927, when he entered the collapsing building on three separate occasions despite suffering severe burns to his body. He was presented with his Albert Medal by H.E. The Viceroy. Fairclough transferred to the Army Reserve in 1927, and upon his return to St Helens was re-engaged by United Glass. He worked there until his retirement in 1965. He was called up for service in the Second World War, at the age of 41, but was declared medically unfit, and spent the War working in the glass works. In December 1971 the Royal Warrant governing the Albert Medal was revoked, and living holders of the award were deemed to be recipients of the George Cross, and were invited to exchange their awards. Of the 64 living holders of the Albert Medal at the time, Fairclough was one of the 15 recipients who declined to exchange their awards, his reason being that he was not one for ‘a fuss’, and did not want to draw attention to himself. Indeed, it was only after his death that many of his former workmates learned of his gallant act. He also declined membership of the V.C. and G.C. Association, being the only Albert Medallist so to do. Fairclough was awarded the Silver Jubilee Medal in 1977, and died in St Helens on 12 October 1984. Sold with copied research including the complete Home Office file r 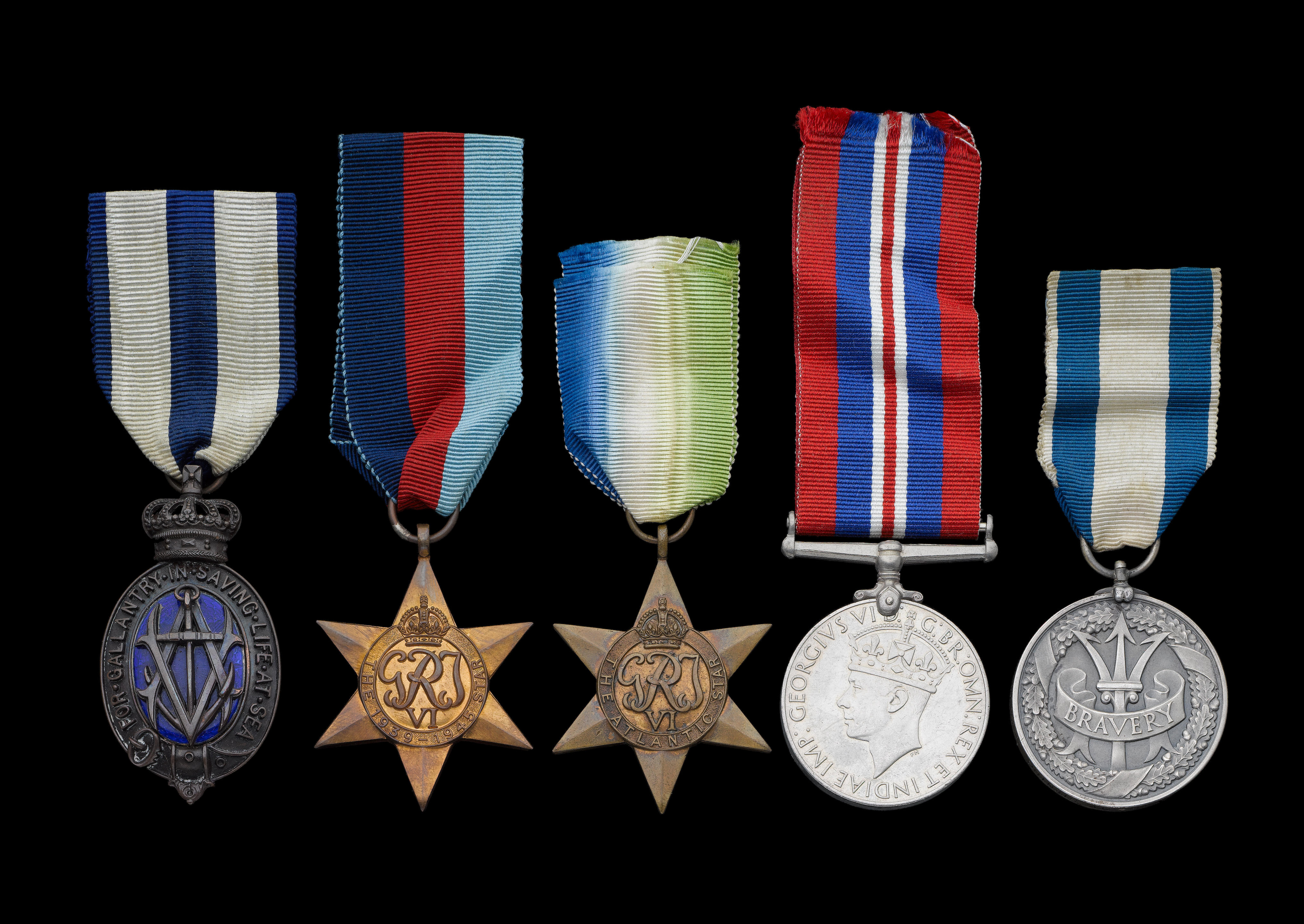 I have had, in the last four years, the

An Albert Medal for Land awarded to Mr.

An Albert Medal in Gold for Land group o