A large and very unusual Sino-Tibetan thangka of multi-armed and eleven headed Avalokiteśvara, …

A large and very unusual Sino-Tibetan thangka of multi-armed and eleven headed Avalokiteśvara, Sahasrabhujalokeshvara, 19th century, flanked by Manjusri and Vajrapani, surrounded, on either side, by musicians and Shadakshari Avalokitesvara, above Vajshravana, Mahakala and Yama, protective guardians of the dharma, below the lineage masters, all set within the wondrous Pure Land realm of Potakala, the verso consecrated with handprints and Lama seal, 100cmx75cm Provenance: Private UK Collection. 西藏十九世纪 格鲁派传承千手观音唐卡 Unusual in format and its brilliant adaptation of Indian, Chinese and Tibetan elements, the thangka provides a powerful visualisation of the blissful state of enlightenment achieved through the cult of the Bodhisattva Avalokitesvara. Venerated in Indian Buddhism as embodiment of the Compassion of the Buddha, Avalokitesvara was incorporated in beliefs concerning the rebirth in the Pure Land of the Amithaba Buddha from at least the 1st-2nd century AD. In this context, the deity effected the spiritual rebirth of the devotees in the blissful land, the ideal atmosphere leading to peaceful nurturing and enlightenment. As Pure Land Buddhism grew in popularity, so did the prominence of Avalokitesvara as the supreme saviour of all beings and separate cults dedicated to the deity begun to surface, also spreading in other parts of Asia. In Tibet, Avalokitesvara reached a position of tremendous importance. Penetrating the region during the 7th century, he was credited with the creation of the Universe, the Hindu gods and even the ruler of Tibet: several kings and religious masters, in fact, considered themselves the emanation of the deity. The multi-headed and armed form of Avalokitesvara, in particular, became emblematic of Tibet and widely employed in tantric visualisations aimed at bringing about the experiential realisation of the deity’s teachings. According to the Karandavyuha Sutra and the Flower Garland Sutra, both compiled between the 5th and the 6th centuries AD, the eleven towering heads crowning the head of the deity designated the ten steps towards enlightenment, culminating with the visualisation of the Amithaba Buddha; the fan of arms holding different implements signified the measureless skilful means to save all suffering beings. In conjunction with Manjusri and Vajrapani, seated to his right and left, Avalokitesvara formed the Three Families of Kriya branch of Esoteric Buddhism, embodying, respectively, the wisdom, compassion and power of all Buddhas. Surrounding the main deity are celestial musicians, the Shadaksharī emanation of Avalokitesvara, bringing a better understanding of the deity to humankind, the Hindu gods Indra, presiding over the lesser heavens where ordinary mortals engaged in their endless cycles of birth and death, and Brahma, protector of the historical Buddha. To the lower register are three wrathful protective guardians, aiding the main deity in his liberative work of striking through the selfish grasping, petty dislikes and clouds of confusion of those who may be awakened to their own spiritual path: Vajshravana, holding the banner of Wealth, protects the Dharma; Mahakala, sundering the pachyderm of ignorance, converts all the impediments to enlightenment, and Yama, guards the spiritual practice. The lavishly decorated pavilions, lotus ponds, gems and other wondrous adornments, surrounding the deities, present close similarities with the features making up Amithaba’s Perfected Realm, which are meticulously described in the Amithaba Sutra, composed during the first century AD. Complementing the setting, the vaporous, lobed clouds, rounded mountains, peony-like lotuses and flowering, fruit-laden trees, were all derived from the Chinese stylistic conventions. Adding naturalism to the composition, these elements were typically employed in the production of the Menri School of Central Tibet. It is possible, therefore, that the painting may have been a product of the same school, and an interesting 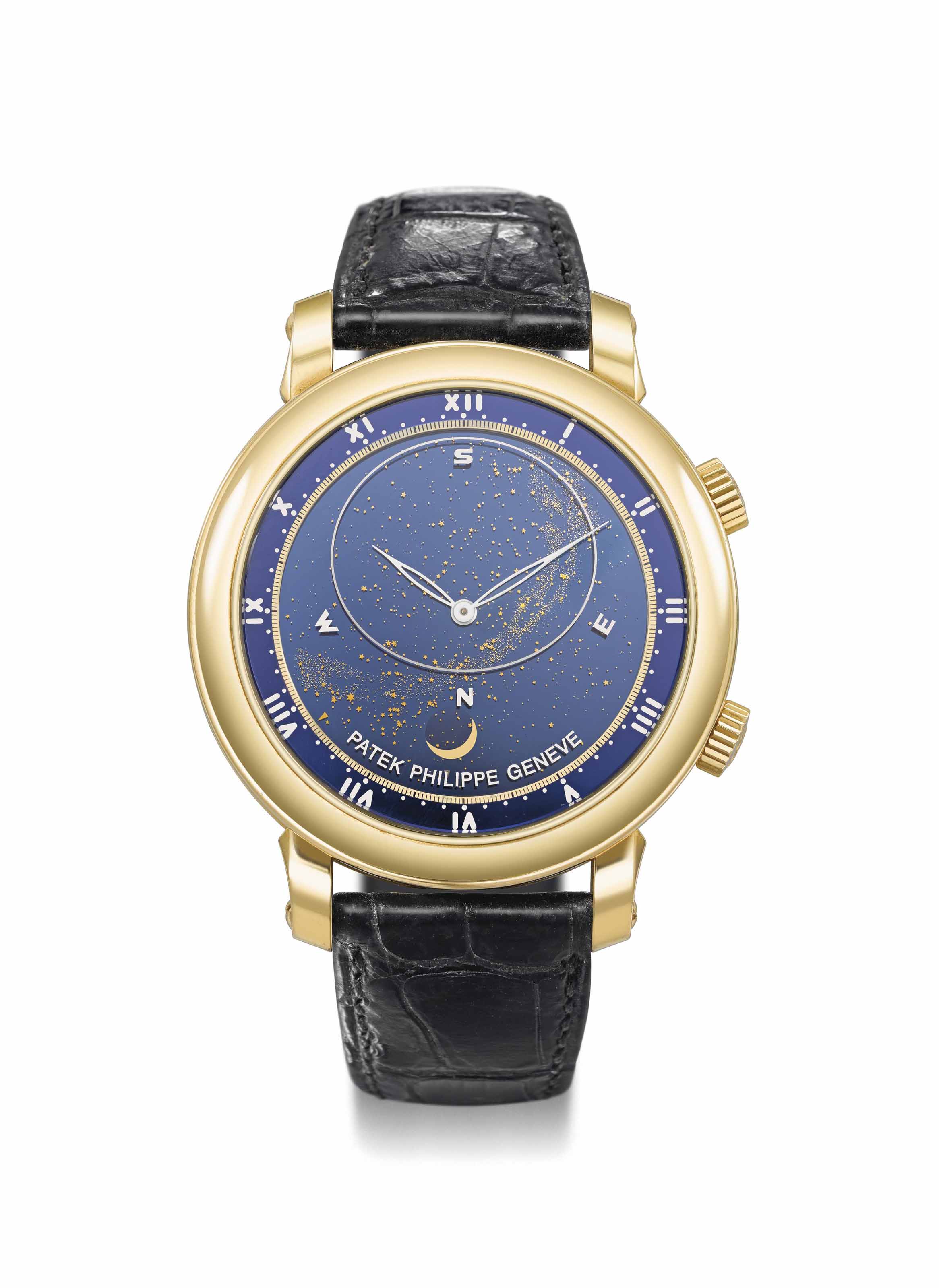 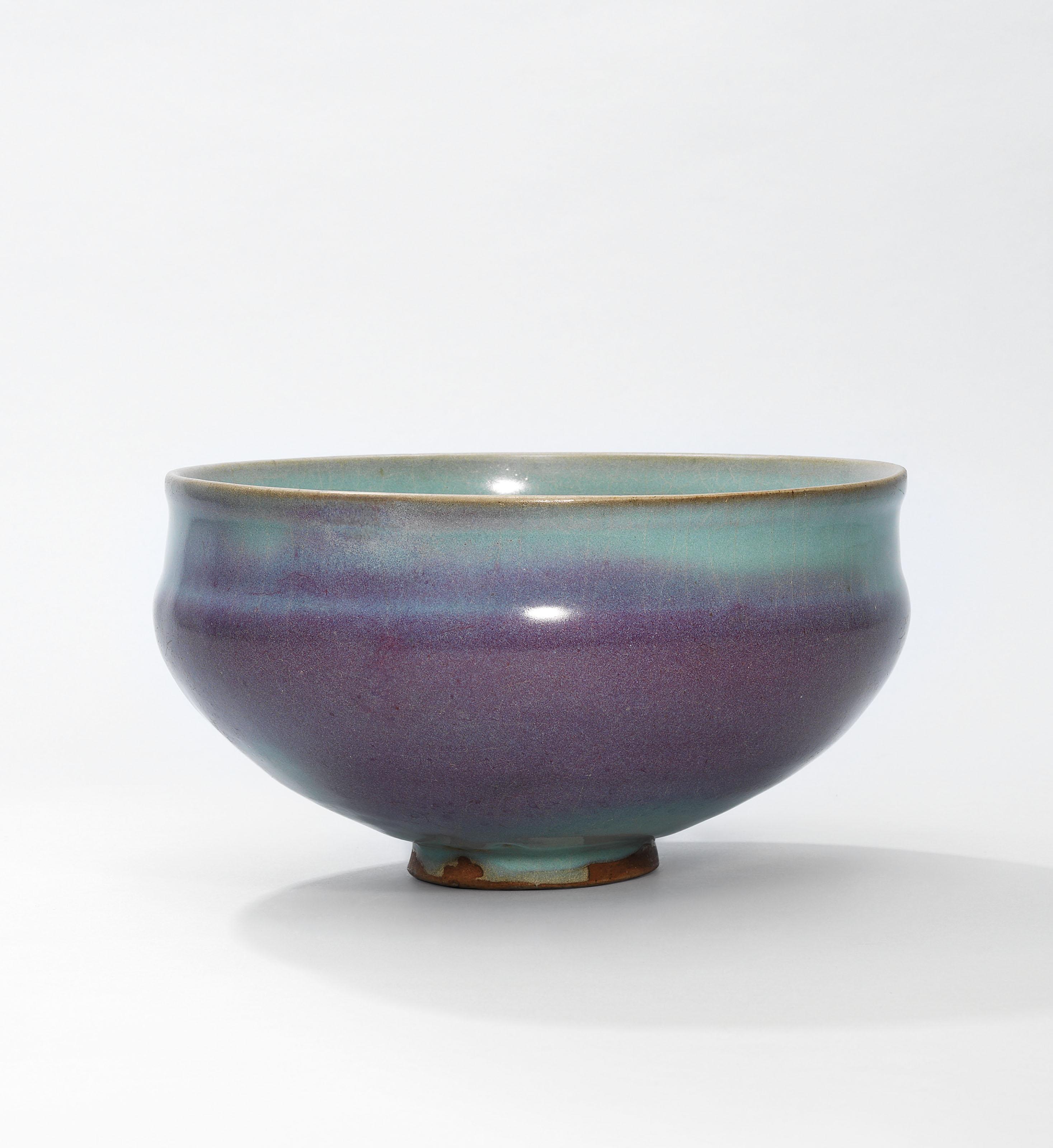 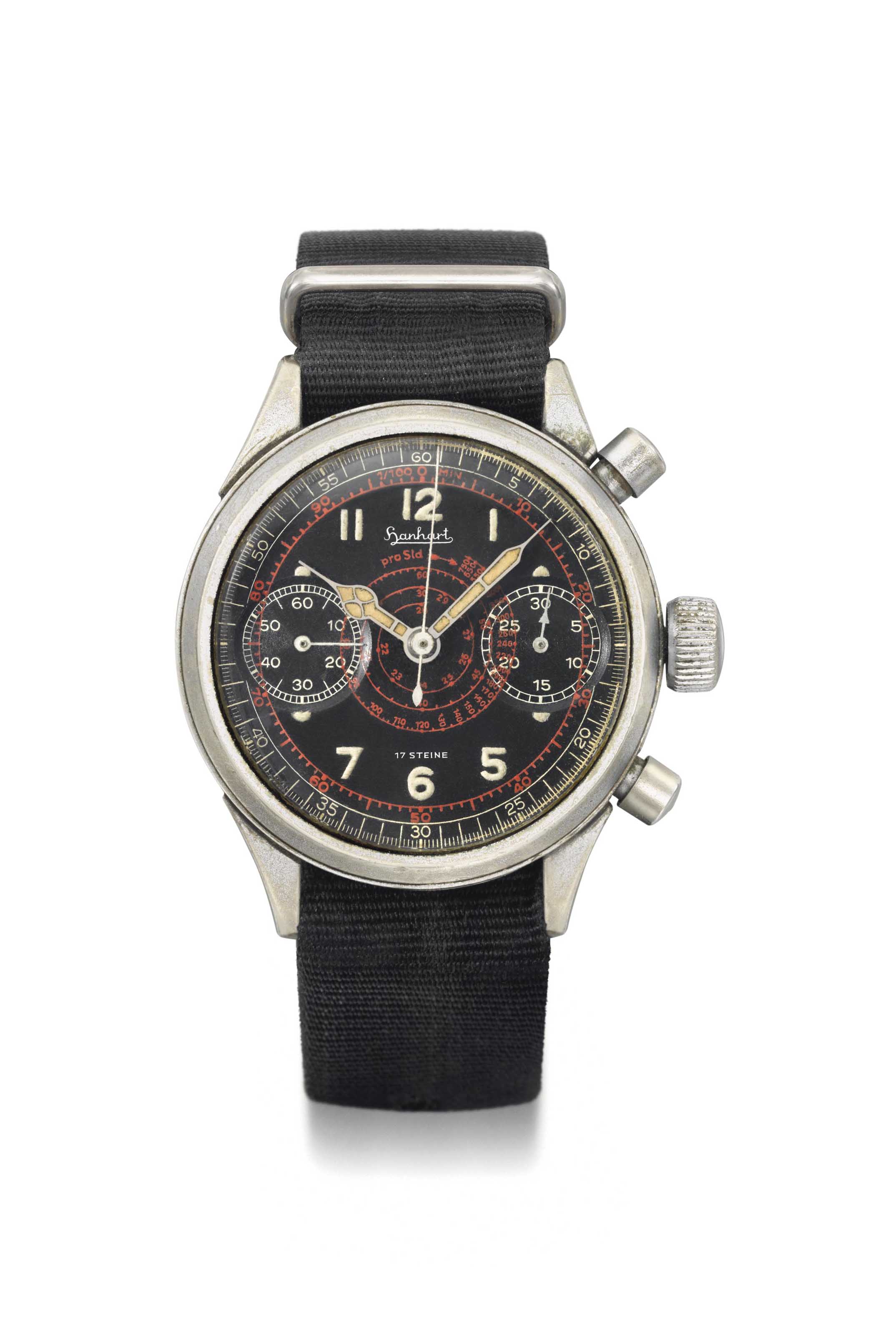 Hanhart A large and very rare nickeled b