A Miniature Napoleonic Prisoner of War Boxwood Model of a First Rate Ship of the Line Anonymous; ca. 1805 A very fine and well detailed miniature model with the hull built up from the solid in boxwood. The topsides of the model are painted with a black waist, and black bands running between the gun decks. The bottom of the model is finished bright with a tinted varnish. Along the topsides are the gun decks with the cannons fixed and gunports raised. The head rails lead up to the bow to support a carved ivory figurehead of a warrior with a red flowing cloak. The transom and quarter galleries are pierced and decorated with numerous windows and a balcony at the stern. The deck of the model is boxwood veneer which has had the deck planking drawn in India ink.The deck is fitted with a number of details which include anchors, capstan, cannons, ladders, ship's boats amidships and at the stern. The model is fitted with three masts, cross spars, bowsprit, spanker boom and gaff. The model is rigged with standing and running rigging and a complete suit of sails made from veneer. The model is mounted on a pair of painted wooden pedestals on a three tier diamond shaped base. The bottom tier of the base has a railing made of boxwood. The model is displayed in a glass and mahogany base. Mounted in the case is a mahogany plaque inscribed with a brief history of the model. 7 3/8 x 4 x 5¼ in. (18.7 x 9.3 x 13.4 cm.) cased dimensions.

A pair of miniature Napoleonic Prisoner

A set of Napoleonic prisoner of war bone 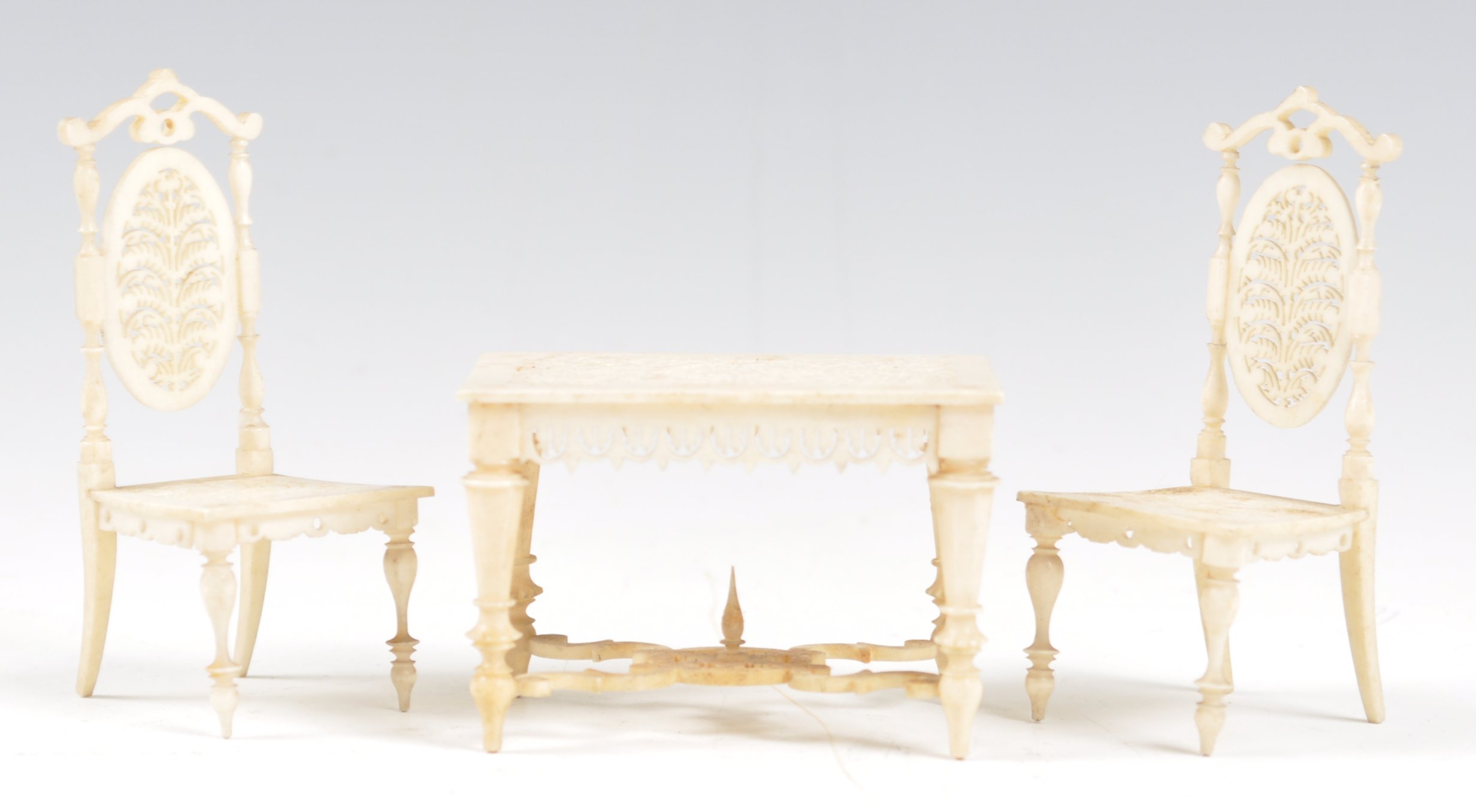