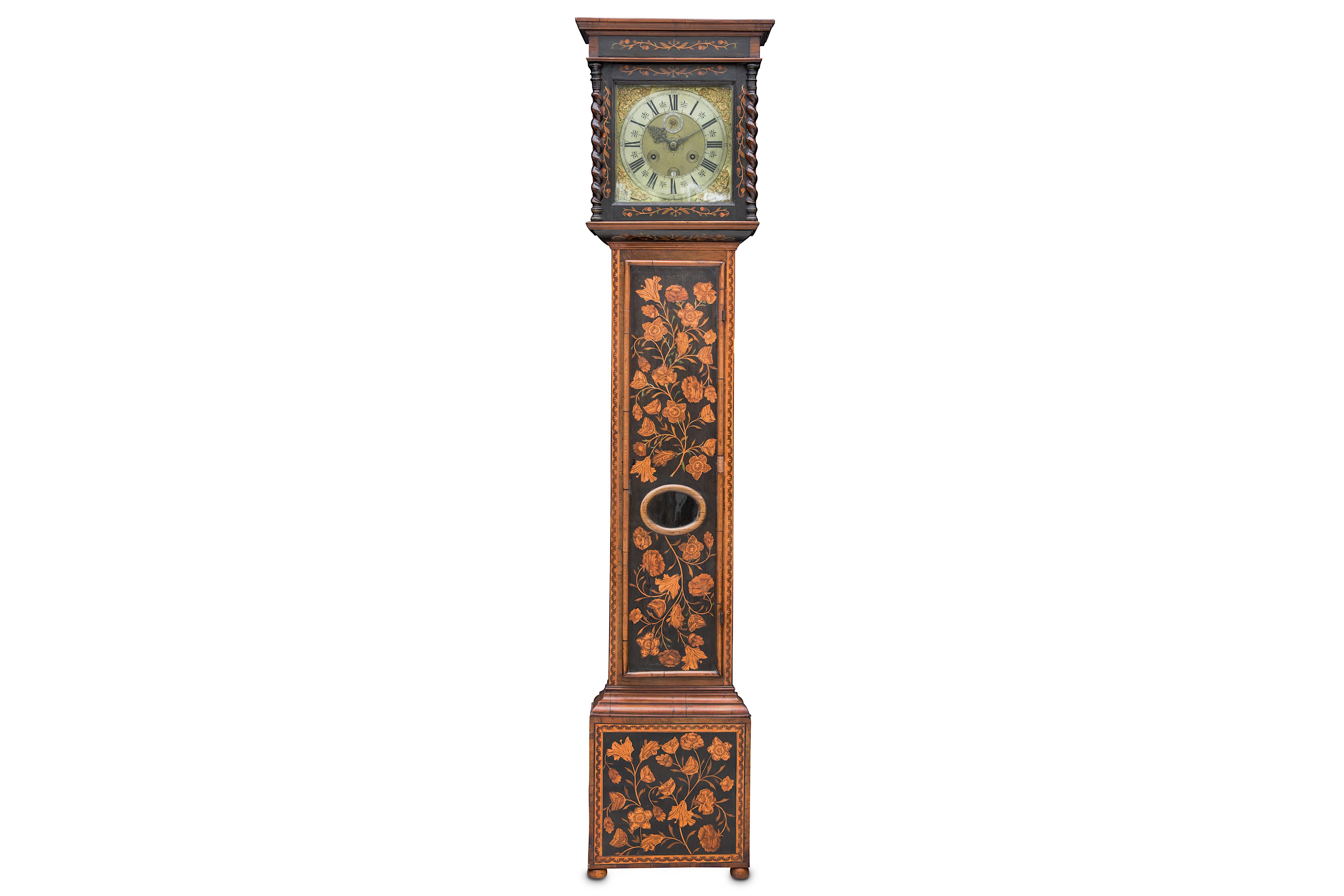 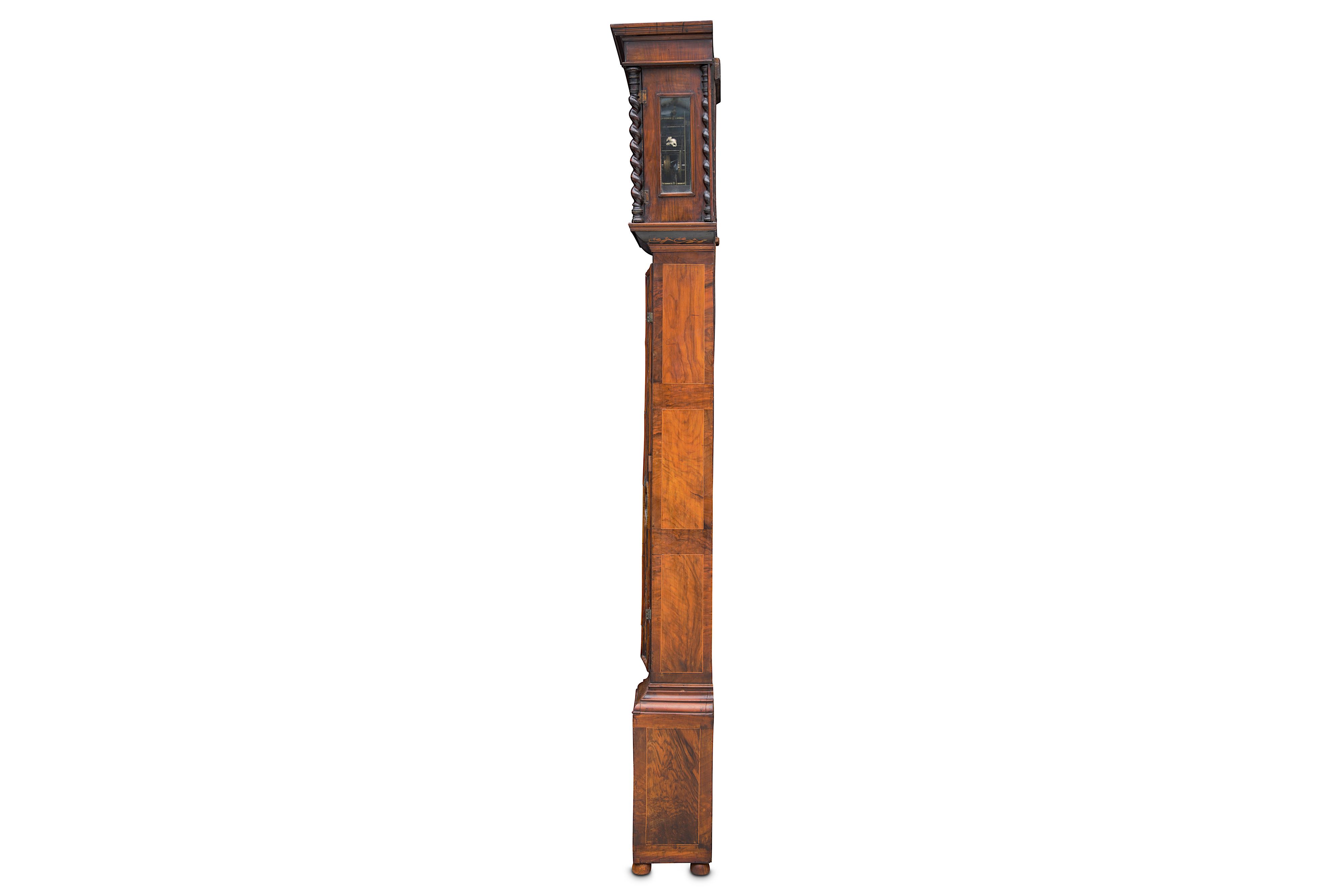 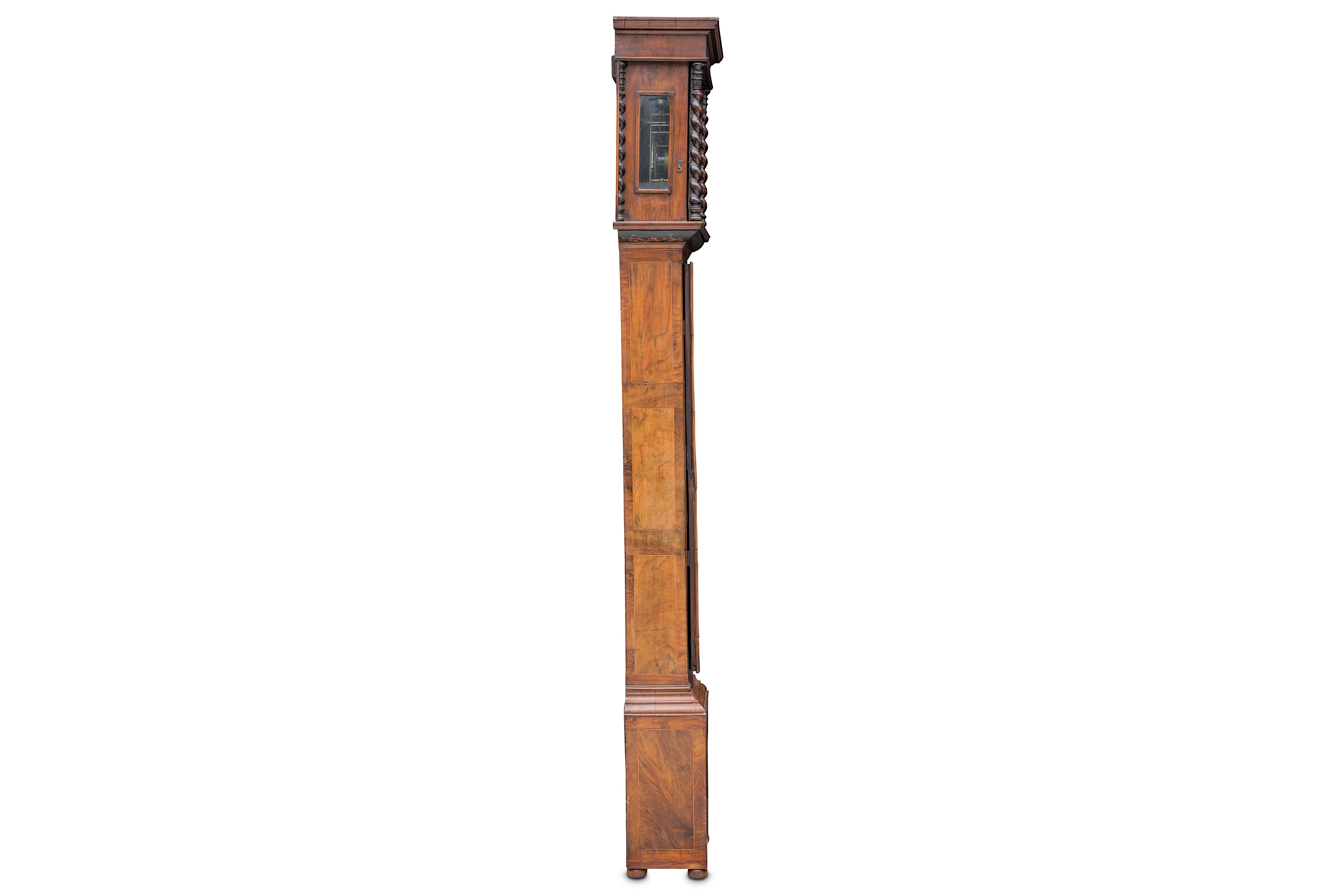 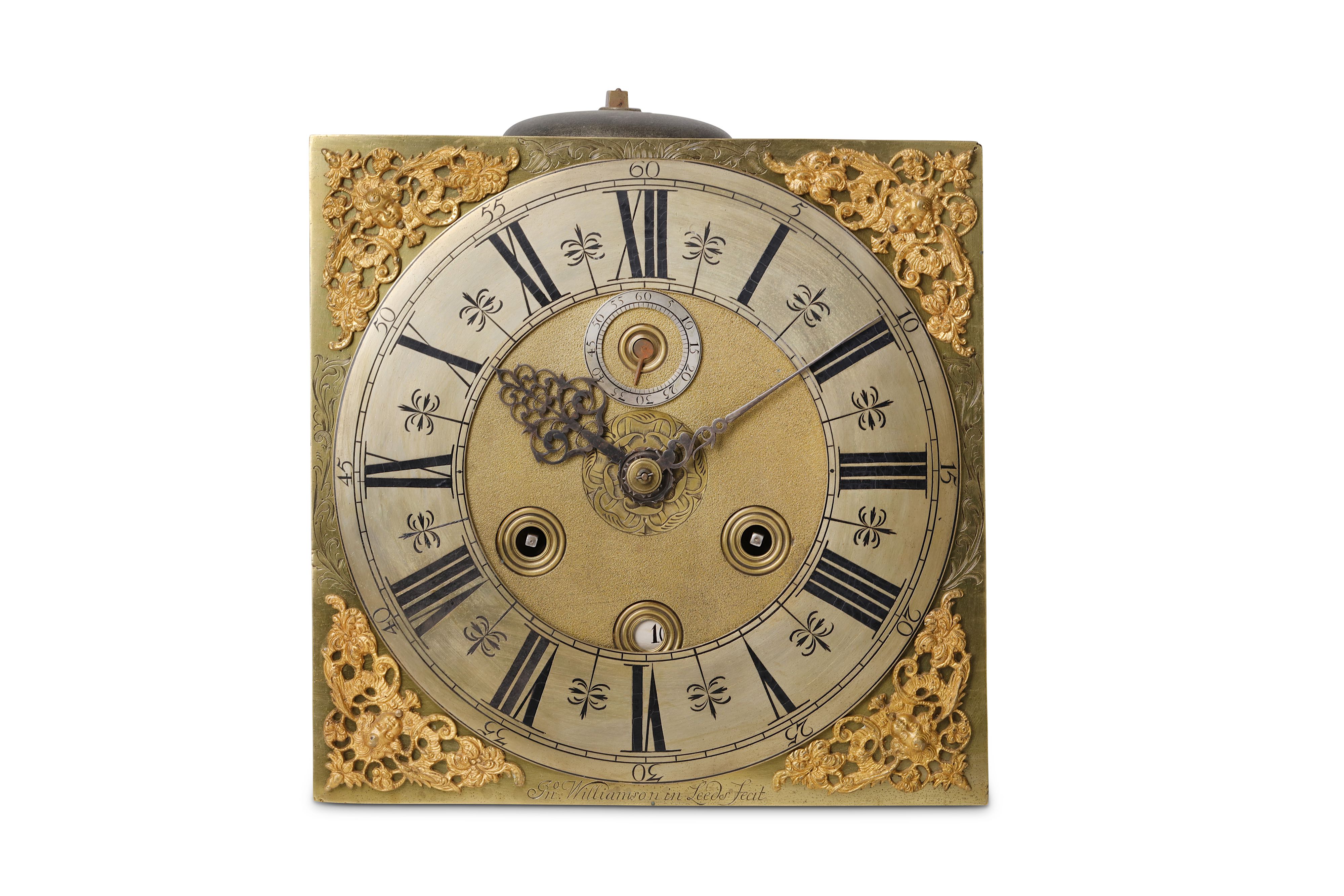 A RARE EARLY 18TH CENTURY WILLIAM III WALNUT AND FLORAL MARQUETRY MONTH GOING LONGCASE CLOCK BY JOHN WILLIAMSON, LEEDS the flat topped hood with barley twist columns and glazed side apertures, over the conex throat moulding and moulded trunk door with oval moulded lenticle, on a plinth base and bun feet, decorated with fruitwood stringing to the sides and inlaid with floral marquetry, the 11 inch square brass dial with gilt winged putto mask spandrels, signed 'Jn Williamson in Leeds Fecit', the silvered Roman chapter ring with Arabic five minute markers, with ringed winding squares and ringed date aperture, the centre engraved with a Tudor rose, with silvered subsidiary seconds dial, the weight driven month duration movement united by five knopped and finned pillars, with anchor escapement striking on a bell, with pendulum, two weights, winder and case key, 202cm high PLEASE NOTE: This lot will be on display at our South Kensington branch from 29th May until it goes on view at Chiswick from 7th June. Provenance: From a private collection. Condition: Seen running in owner's home, but not fully tested or guaranteed. Notes: John Williamson was a clockmaker of the very highest repute. Although from Leeds he was admitted as a free Brother in the Clockmakers' Company in London in 1682, and his workmanship and the quality of his clocks are very much on a par with the main London makers of the time. He returned to Leeds in 1683 where he married and had ten children. Following the death of his first wife he married twice more and produced more children, eventually dying in the poor house in 1748 aged in his eighties. F Auction comparable: A William III marquetry longcase clock by John Williamson at Sotheby's, London, 4 April 2001, lot 301. A very rare year-going and striking longcase clock by John Williamson was sold 'Masterpieces from The Time Museum' Sotheby's, New York, 2 December 1999, lot 78. This clock is illustrated B. Loomes, 'Brass Dial Clocks' Antique Collectors' Club 1998. A month going marquetry longcase clock by John Williamson was sold in these rooms in 21 March 2017 lot 435, sold for £10,000.