A Voyage to the Pacific Ocean. Undertaken, by the Command of His Majesty, for Making Discoveries in the Northern Hemisphere. Performed under the Direction of Captains Cook, Clerke, and Gore, in His Majesty's Ships the Resolution and Discovery; in the... 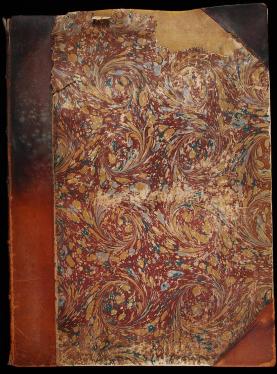 Title: A Voyage to the Pacific Ocean. Undertaken, by the Command of His Majesty, for Making Discoveries in the Northern Hemisphere. Performed under the Direction of Captains Cook, Clerke, and Gore, in His Majesty's Ships the Resolution and Discovery; in the Years 1776, 1777, 1778, 1779, and 1780 Author: Cook, James and James King Place: [London] Publisher: [G. Nicol] Date: c. 1784 Description: 2 maps (1 large folding map and 1 double-spread map), 61 plates. (Folio) 21½x15¾, ¾ period tan morocco with raised bands, spine lettered and decorated in gilt, marbled boards, marbled endpapers, all edges yellow. Early Edition. Maps and illustrations from Cook's fateful third voyage, a search for the Northwest Passage, during which he was clubbed and stabbed to death by the once friendly natives of Hawaii. The superb copper-engravings include portraits of Pacific islanders, coastal scenes of northwest America and its native residents, charts, coastal profiles, various artifacts, etc.; there are two large charts, of the world, and of Alaska, Kamtchatka, the Bering Strait, etc. The publication of the official account was much delayed, and, according to Holmes, "it was so eagerly awaited by the public that it was sold out on the third day after publication.” This edition has the same collation and plates as the first edition. The plate of the Death of Cook, which was not included in the original issue of the atlas but sometimes shows up in second edition atlases, is not present in this copy. Holmes 47; Howes C729a; Lada-Mocarski 37. Lot Amendments Condition: Spine and joints rubbed, spine lacking top 1" of morocco, top half of leather back and corners darkened and water damaged; top half of boards buckled, marbled paper torn and damaged; bottom half with rubbed corners and light to moderately worn boards; maps and plates moderately water stained with a few creases and marginal tears. Complete; poor, sold with all faults. Item number: 194233

BLIGH, William A Voyage to the South Sea 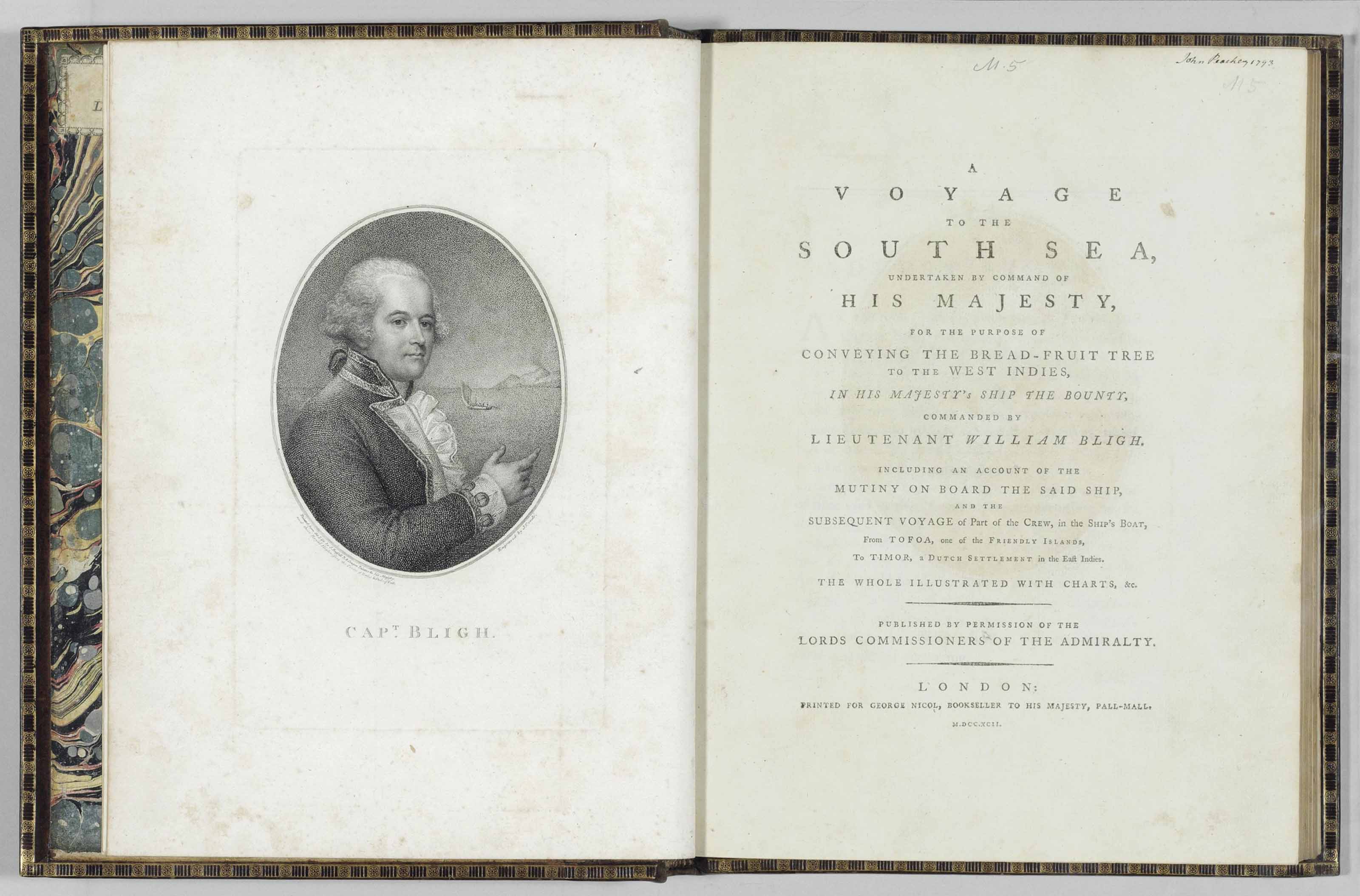 BLIGH, William A Voyage to the South Sea A True and Impartial Journal of a Voyage 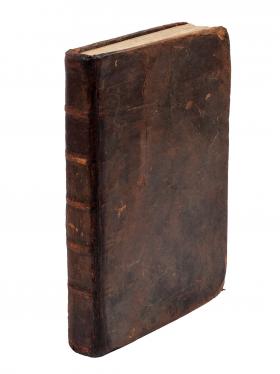 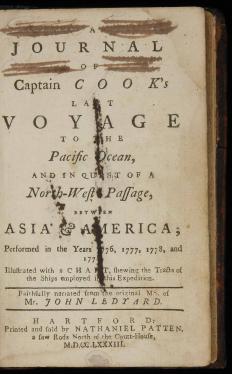 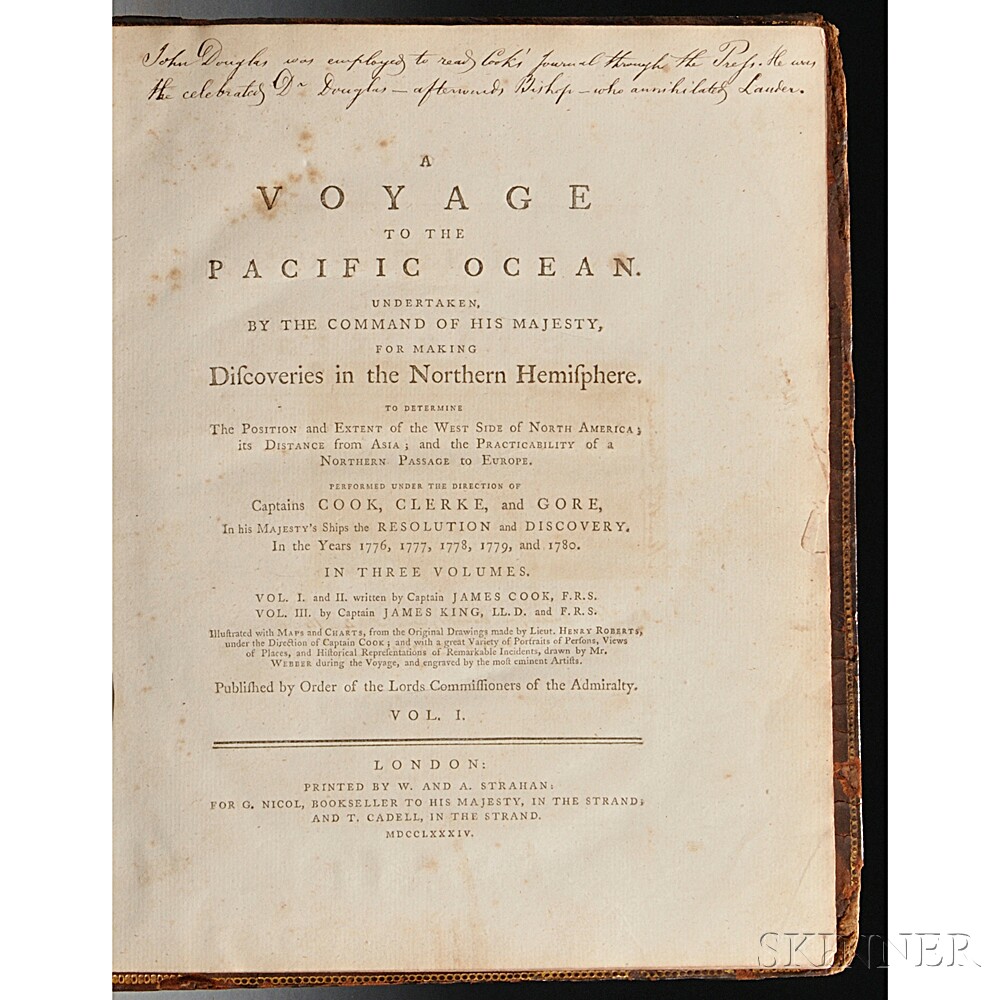 A Voyage to the Pacific Ocean...for maki 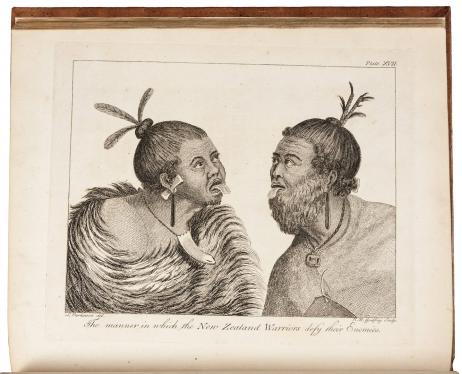 A Journal of a Voyage to the South Seas,