Ahmed Ben Driss El Yacoubi (Morocco, 1929-1985) Portrait in Smoke oil on canvas, framed signed "Yaccoubi" (lower left), executed in 1963 81 x 60cm (31 7/8 x 23 5/8in). Fußnoten Provenance: Property from a private collection, New York Acquired directly from the Artist by the present owner's father, circa late 1960's Thence by decent to the present owner "The painting of Yacoubi is a window opening into space. You do not look at his pictures but through them." – William Burroughs. "Eventually it was Francis Bacon who supplied the key, suggesting that Ahmed sit each afternoon in his Casbah studio and watch him paint. There was to be no conversation; it was merely a matter of seeing a painter paint." – Paul Bowles The following two lots are masterful renditions of the "cosmic abstraction" concocted by the enigmatic artist Ahmed Yacoubi. Swirling, nebula-like abstract apparitions swarm Yacoubi's canvas, resembling astronomical forms, indicating an abstraction not dictated by mere reference to paint and form, but one which evokes the abstract and ultimately unintelligible properties of the wider cosmos and its majestic celestial scenery. Ahmed Ben Driss El Yacoubi, was born in Fez, Morocco, in 1928. Educated as a traditional healer, he was also known as a storyteller, poet, painter, playwright and author. Yacoubi met the American composer and writer Paul Bowles in Fez in 1947, and later in Tangier. Yacoubi then began doing translations for Bowles. Bowles and his wife, novelist and playwright Jane Bowles, encouraged Yacoubi to draw and paint the characters in his own stories after seeing Yacoubi's illustrations of his translations. The Bowles arranged for Yacoubi's first exhibition of visual work at the Gallimard bookshop on Boulevard Pasteur in Tangier. The exhibition was highly acclaimed, and 28 pieces were sold. Later exhibitions were held at the Galerie Clan in Madrid, the Betty Parsons Gallery in New York in 1952, the Hanover Gallery in London in 1957, and elsewhere throughout the 1960s, 1970s, and 1980s. A wide range of notable collectors began acquiring his drawings and paintings, recognizing his talent and artistic integrity. The Museum of Modern Art in New York, the Musée d'Art Moderne de la Ville de Paris, and the Sao Paolo Museum of Modern Art also purchased his works. In 1952, Bowles invited Yacoubi to his island, Taprobane, off the southern coast of Sri Lanka. While visiting the island, Yacoubi prepared meals for fellow guest Peggy Guggenheim, which she mentions in her memoir, Confessions of an Art Addict (1997). Guggenheim purchased several of Yacoubi's drawings. Ahmed Yacoubi evolved from what was described as a primitive style to a sophisticated secret technique of layering in oil glazes that produced canvases of with great depth and complexity. Having become acquainted with Francis Bacon during the latter's trips to Tangiers, Bacon further encouraged his work by painting four small canvases blue and telling him to "Paint!" according to an anecdote by Allen Ginsberg. Bacon and Yacoubi painted together and remained friends for the duration of their lives. For Bacon, he was simply the 'most sympathetic Moroccan in Tangier'. 'Ahmed and I had no common language,' he remembered, 'but between my limited Spanish and French and his very good Spanish, we were able to talk a lot." In the 1960's, Yacoubi moved to New York City permanently in the late sixties where Ellen Stewart provided him with a loft space in La Mama's rehearsal building that Yacoubi transformed into "The Rising Night Gallery." Amidst the changing art trends of the 70's and 80's, Yacoubi continued to delve with his singular and secretive oil techniques, maintaining the integrity of his inspired approach, producing magical scenes, portraits, and worlds that reveal his depth of insight into humanity and life.

Browse our archive with more than 32.3 million lots. 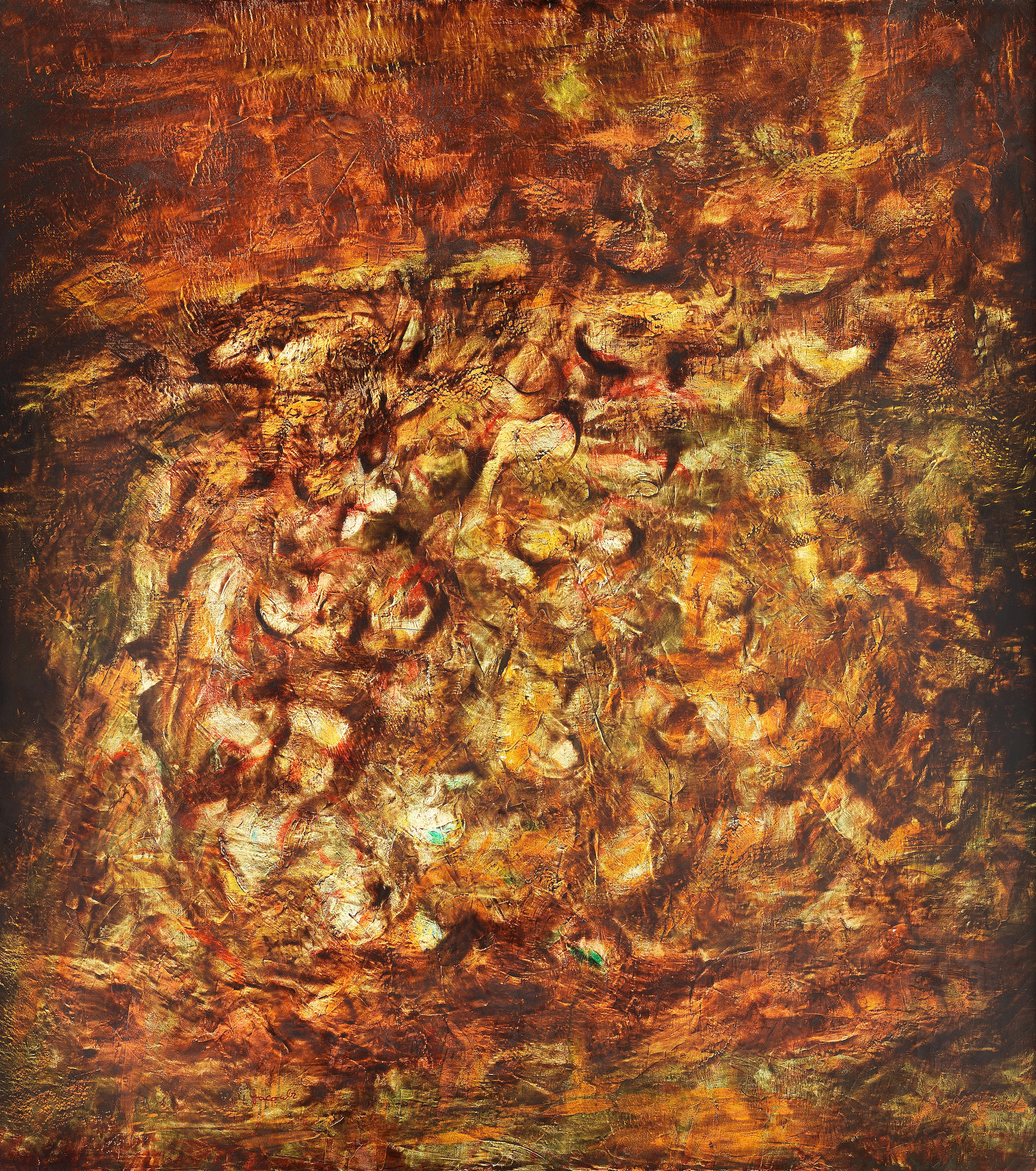