Alex Israel Untitled (Flat) 2011 acrylic on stucco, wood and aluminum frame 96 x 60 in. (243.8 x 152.4 cm) Stamped "MADE AT WARNER BROS. STUDIOS BURBANK, CA." on the reverse; further signed and dated "Alex Israel '11" on the reverse.
Provenance Peres Projects, Berlin Acquired directly from the above by the present owner Exhibited Berlin, Peres Projects, Alex Israel, September 10 - November 5, 2011 Catalogue Essay "Los Angeles is one of the main subjects of my work. Every day is an experience of all of this material, which for me, is an art material. Every day, as I move through this city, I’m experimenting with it. It’s a constant process." Alex Israel For Los Angeles born artist Alex Israel, “Hollywood is not simply a town, but also an attitude and a way of moving and being.” His series of Flats are intended to evoke the experience of “Hollywooding,” a term used by the artist to describe the unique character of the city. Although they hang on the wall, the Flats are never described by Israel as paintings; rather, he defines them as “flats,” a technical term used in the film and television industry to describe backdrops for sets. This terminology implies the hierarchical relationship between background and foreground, stage and action. These works are but a stage set for the performance of objects or actors. Israel explored this relationship most fully in his 2011 exhibition at Peres Projects, in which this work was first shown. Concurrently with the Flats, Israel exhibited another series of work, Property, which consisted of a number of rented cinema props. These objects operated as a site-specific installation of found sculpture staged among and in front of the Flats. The Flats, including this Untitled, therefore, operated explicitly as stage artifice, but within the gallery setting, they also manifest an original and real setting. Breaking down the notion of foreground and background, or artifice and reality, Israel’s work is a beautiful invocation of aspiring Hollywood doublethink. Additionally, these Flats are related to Israel’s hometown in one other important and distinct manner – they take their form from the architectural elements of the Spanish Colonial Revival style pervasive in Southern California. This particular arch could be a window, or door. Always operating across a multitude of meanings, this Flat is both the sky brought back in through the window and the window itself; in it the stage becomes a particular and discrete reality as an object within the gallery and the backdrop for the performance of the sculptures placed in its presence. Untitled, 2010, is one of Israel’s earliest and most successful Flats; its sublime ethereal beauty and rigorous conceptual underpinnings clearly elucidate the reasons for which Israel has become one of his generation’s most important representatives working today. Read More 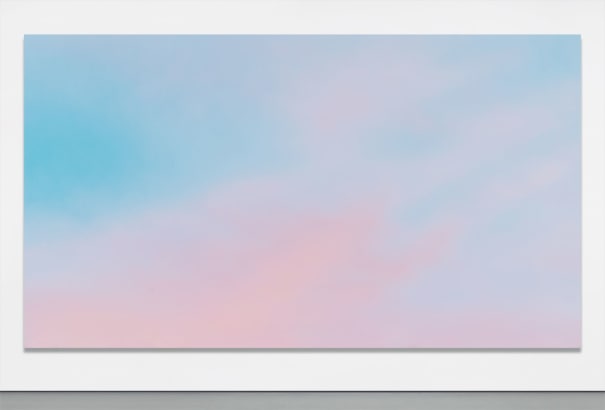 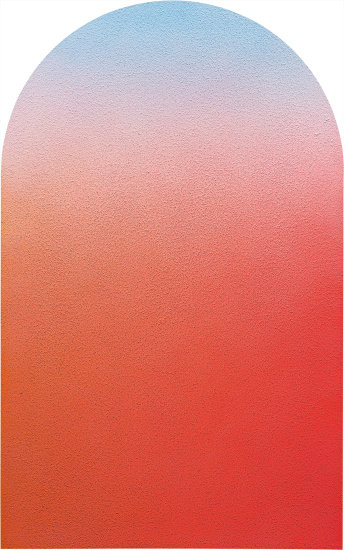 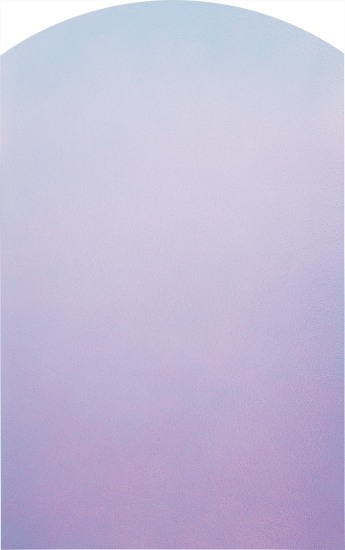 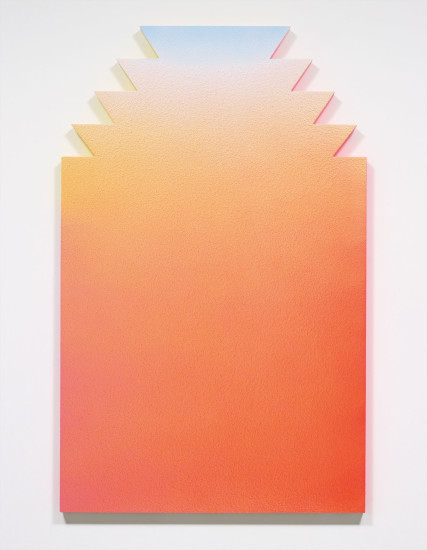 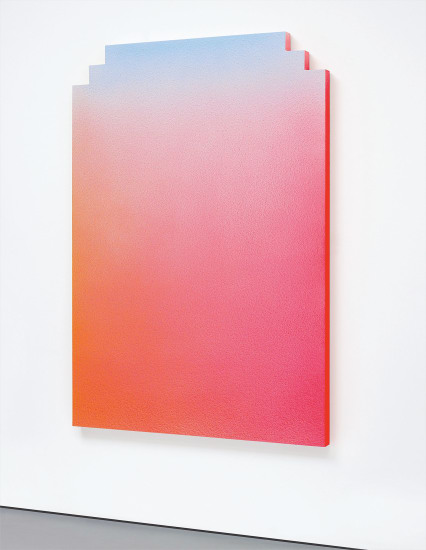 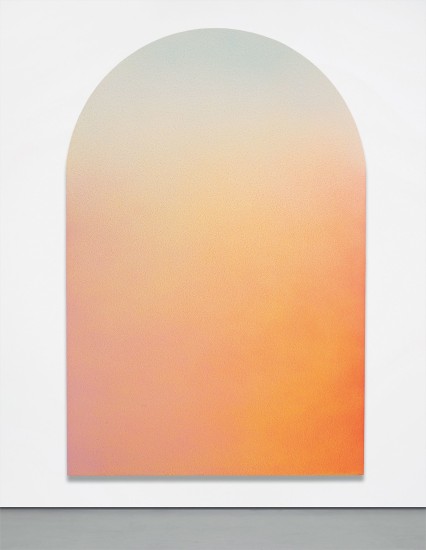 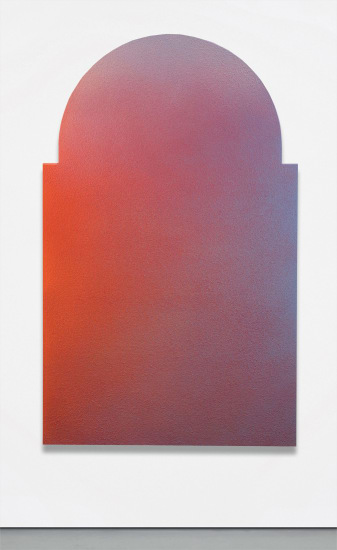 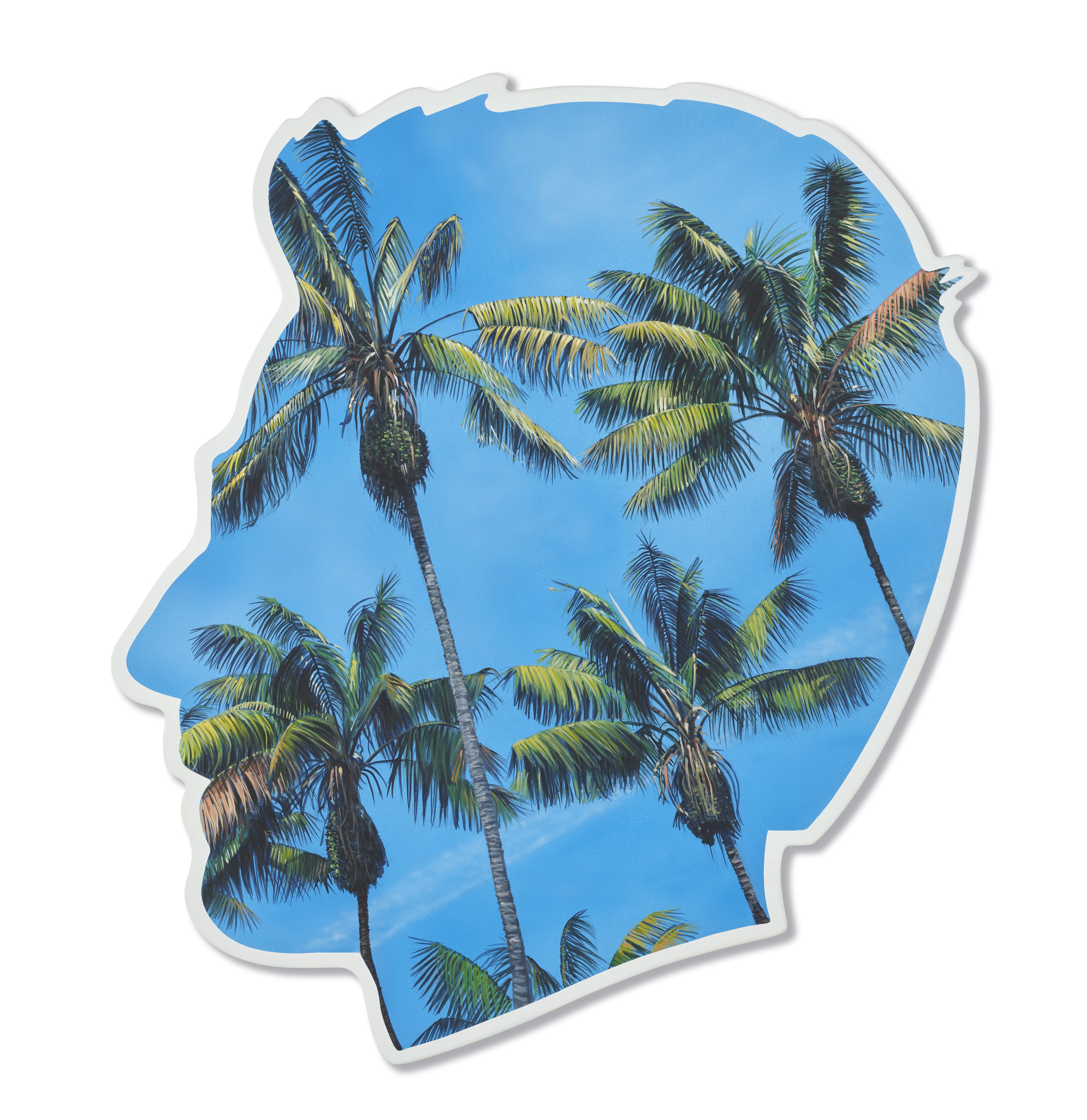