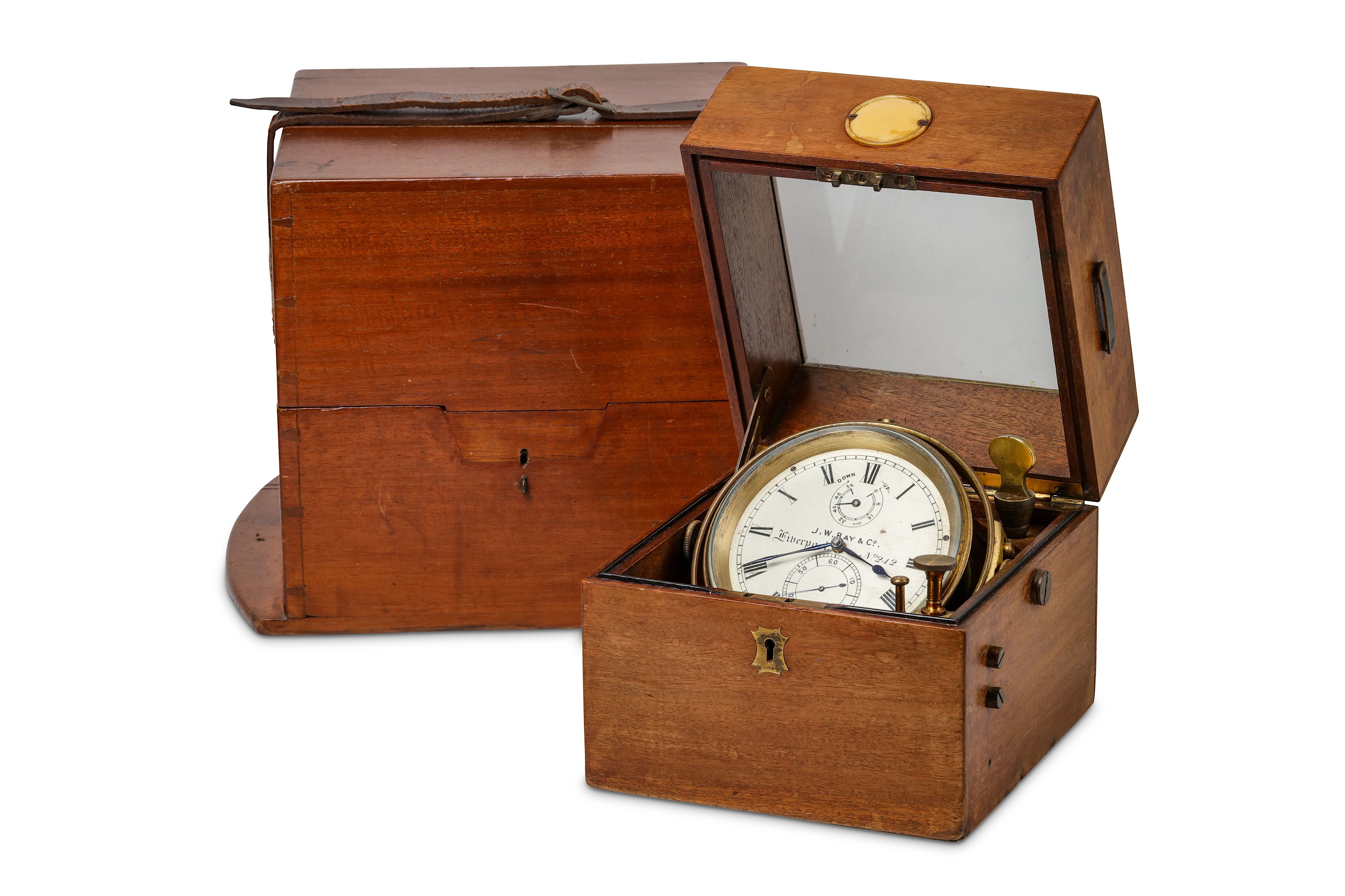 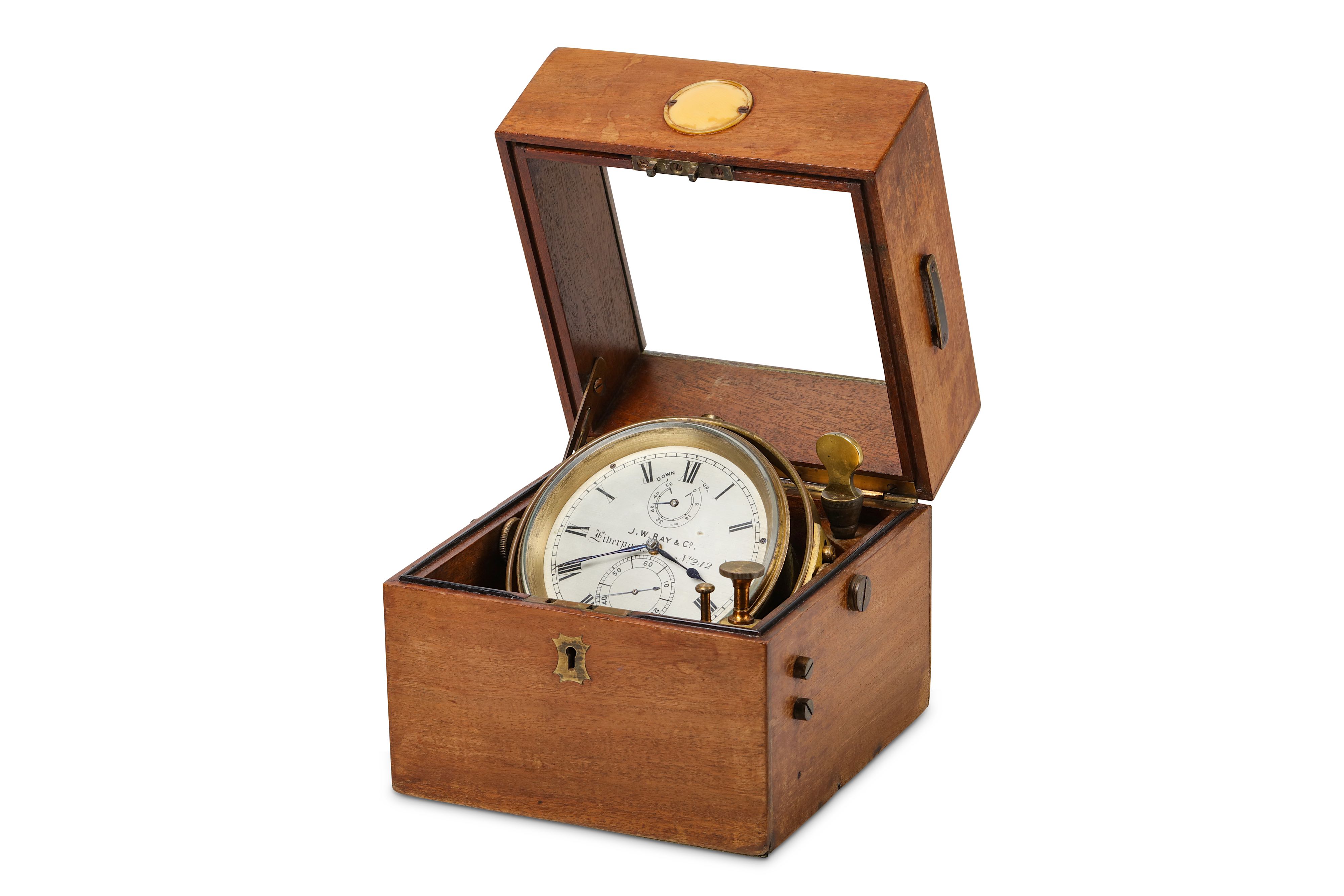 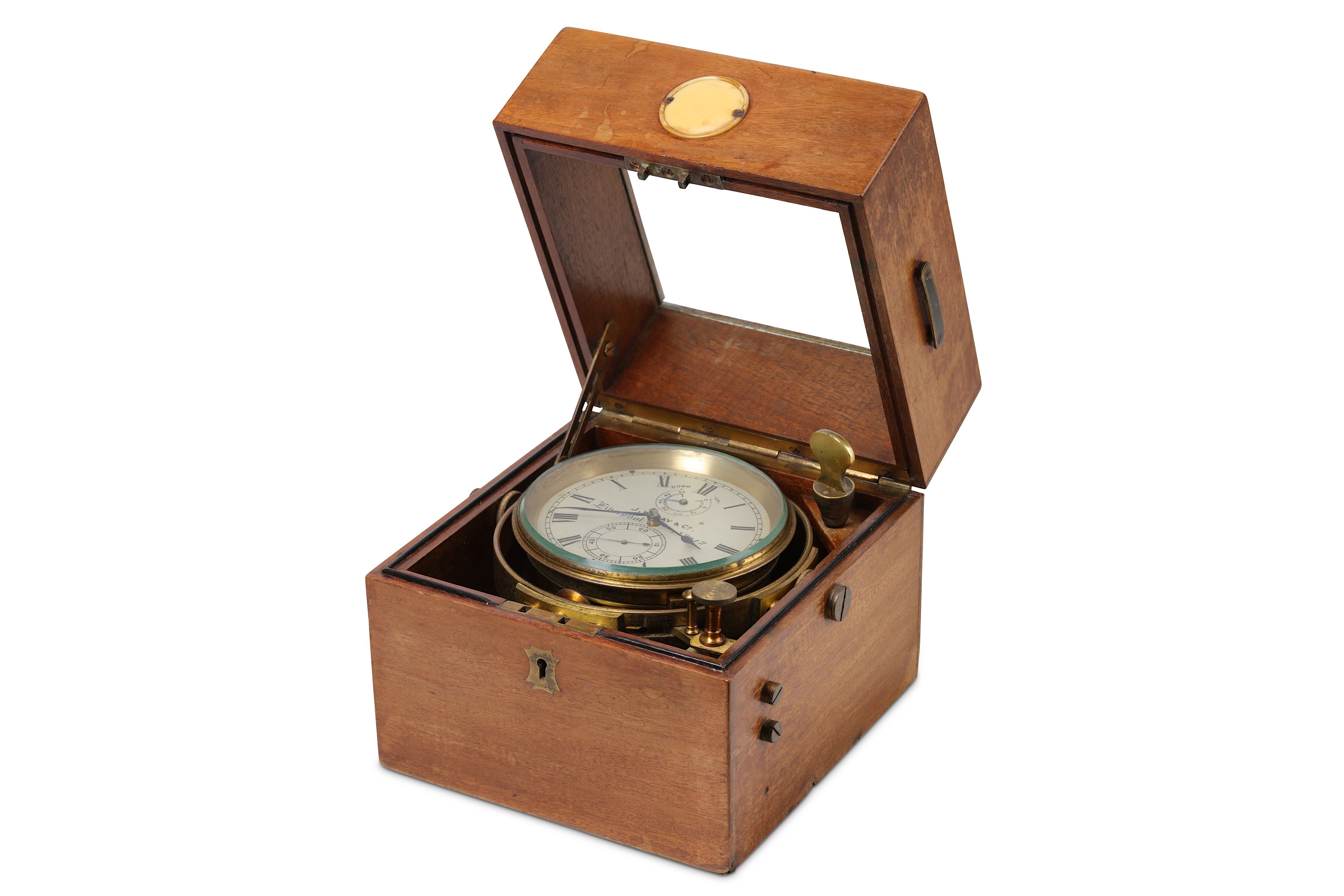 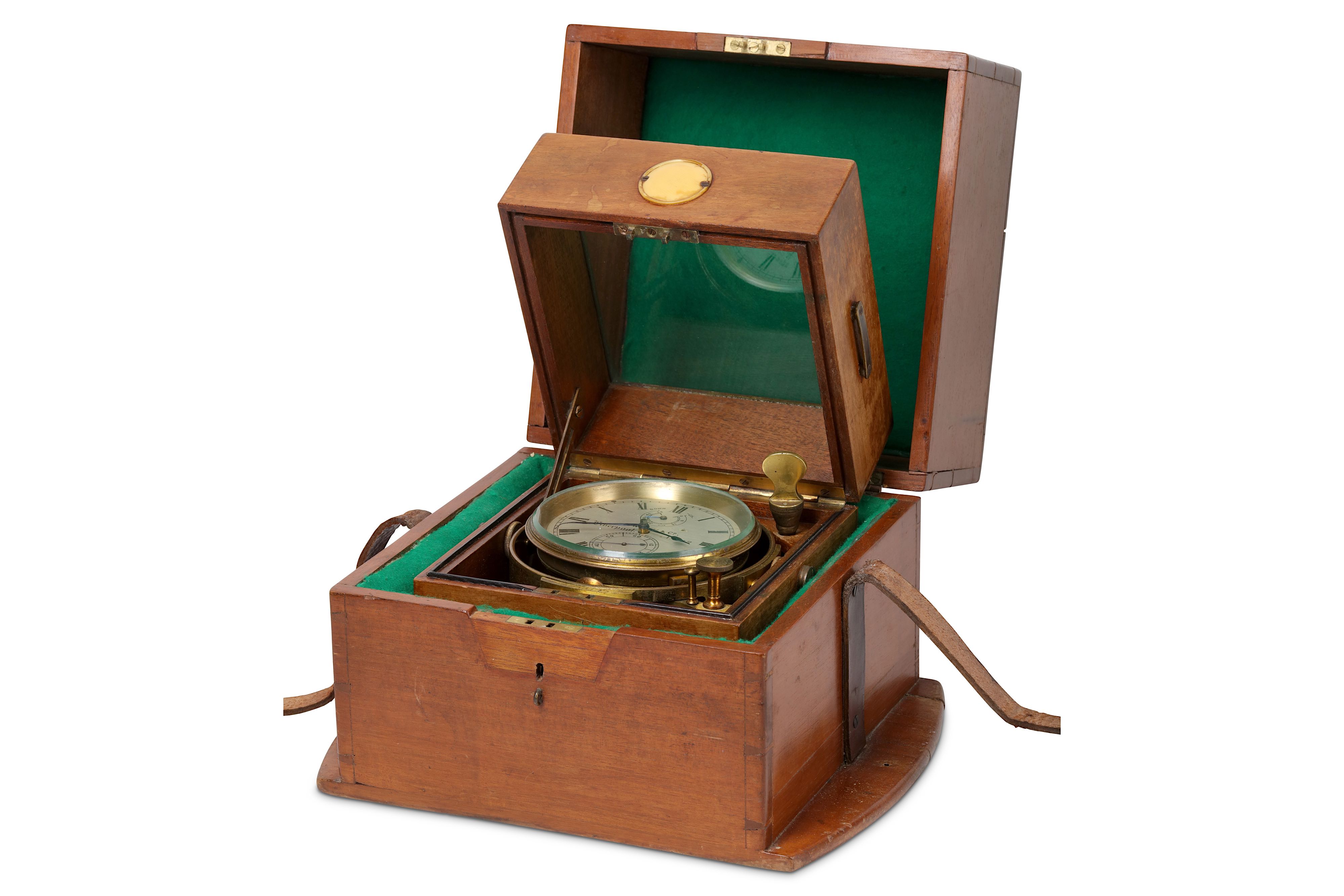 AN EARLY 20TH CENTURY ENGLISH TWO DAY SHIP'S CHRONOMETER BY J.W. RAY & CO., MAKERS OF THE TITANIC CHRONOMETER, No. 242 the mahogany case with glazed top and brass handles to the sides, the interior with gimbals supporting the ring turned bowl with moulded lip and plain bezel, the base with sprung dust cover to the winding hole, the 4 inch silvered dial with Roman numerals signed 'J.W. RAY & CO. Liverpool, No. 242, with subsidiary dials for up / down and seconds, the chain fusee movement with maintaining power, spring detent escapement, split bi-metallic balance, helical balance spring, together with the original mahogany outer travelling case, with leather securing strap, the chronometer case 17cm high x 18cm wide, the outer case 23cm high x 32cm wide Please Note: This lot will be on display at our South Kensington branch from 29th May until it goes on view at Chiswick from 7th June. The movement is running but not fully tested or guaranteed. Notes: During an expedition to the wreck of the Titanic in 1996, a chronometer was recovered and brought ashore.This chronometer from the Titanic was also made by J.W. Ray & Co., Liverpool and was numbered 204; it later went on display at the Science Museum in London in 2003. The Titanic chronometer was presumably made just a couple of years before the present chronometer which is numbered 242. The design of the two chronometers is almost identical, the style of text inscribed on the dial varies slightly, in that the Titanic chronometer is signed 'J.W. RAY & CO., 17 South Castle St. Liverpool 204'. Even the remnants of the outer travelling case of the Titanic chronometer look identical to the present outer case. Related Literature: 'Time and Again, Titanic's Final Hours', Ed. C. Akers-Jordan, published online. This article includes images of the present chronometer and compares its similar design to the chronometer aboard the Titanic. In fact they argue that the presence of a retaining nut atop the pinion that secures the hands of the present chronometer indicates that the Titanic chronometer would also have had a similar nut which is now missing, meaning that the hands may have moved before the Titanic chronometer was recovered.

An early 20th century Teddy bear and an