An important bronze and cast iron upholstered curved seat by Oscar Bach
American, early 20th century 145cm.; 57ins wide Born in Breslau, Germany, in 1884, Oscar Bruno Baksti studied painting at the Royal Academy in Berlin and apprenticed in metallic arts. Soon thereafter he worked as artistic director of a metalwork firm in Hamburg where he won a commission to make an ornate jewel encrusted Bible cover for the study of Pope Leo XIII, which remains in the Vatican's permanent collection. This important commission led to others designing metalwork for civic buildings, notably Berlin's new city hall. Between 1904 and 1911 Bach worked as a successful metalsmith in Germany, producing both small, utilitarian objects and monumental architectural works. The resulting designs, whether in bronze, iron, steel, aluminum, silver, copper, or lead, were adorned with the application of polychrome enamels, custom glass, patina work, and cast ornamental detail. In addition, from 1908 he had a studio in Venice and travelled extensively throughout Europe, the Middle East, and North Africa, which informed his stylistic and technical inquiries. His artistic repertoire thus stemmed from a variety of influences including Arts & Crafts, Gothic, Renaissance, Spanish Baroque, Tudor Revival, and Art Deco. In terms of iconography, Bach's creations often featured zodiac and mythological symbols, scrolling grapevines, and classical masks, many of which are apparent in the highly eclectic decoration of this seat. He joined his brother Max in New York in January 1912. Soon after his arrival, they opened a metal design studio, with Max most likely in charge of commercial aspects, in Greenwich Village under the name of Bach Brothers (they would relocate several times and sell under Oscar B. Bach Studios, Inc. and Bach Products). In 1924 Bach established another studio in Florence. In addition to creating attractive household objects for wealthy New Yorkers, Bach also excelled at custom architectural works for lavish country estates, on which he often worked with architect Harrie T. Lindeberg. Noteworthy commissions include metalwork for the New York American Building in Columbus Circle (1913), the Woolworth Building (1913), Riverside Church (1930), Temple Emanu-el (1929), the Daily News Building (1930), Ohio's Toledo Museum of Art (for which he won the 1926 Gold Medal of Honor in Design and Craftsmanship from the Architectural League in 1925), the Chrysler Building (1930), Rockefeller Center (1932), and the Empire State Building for which he created the large inlaid stainless steel mural in the lobby in 1931. From 1941 until his death in 1957 Bach worked solely as a consultant for companies such as Remington-Rand, Manning, Bowman, Edward Budd, Oneida, Baldwin Locomotive, American Radiator Company, and the Tappan Stove Company. Bach also exhibited widely from 1911, when he won the Grand Prix at the World's Exposition in Turin for a bed he designed for Kaiser Wilhelm II. In 1922, Oscar B. Bach and Oscar B. Bach Studios were mentioned in the metalwork category at the Metropolitan Museum of Art's annual exhibition of American industrial art, in which he would continue to participate until 1929. In 1924, he exhibited three examples of architectural work at the Carnegie Museum in Pittsburgh. Oscar Bach's work is today conserved in the permanent collections of The Metropolitan Museum of Art, The Minneapolis Museum of Art, The Wolfsonian, and Reynolda House. 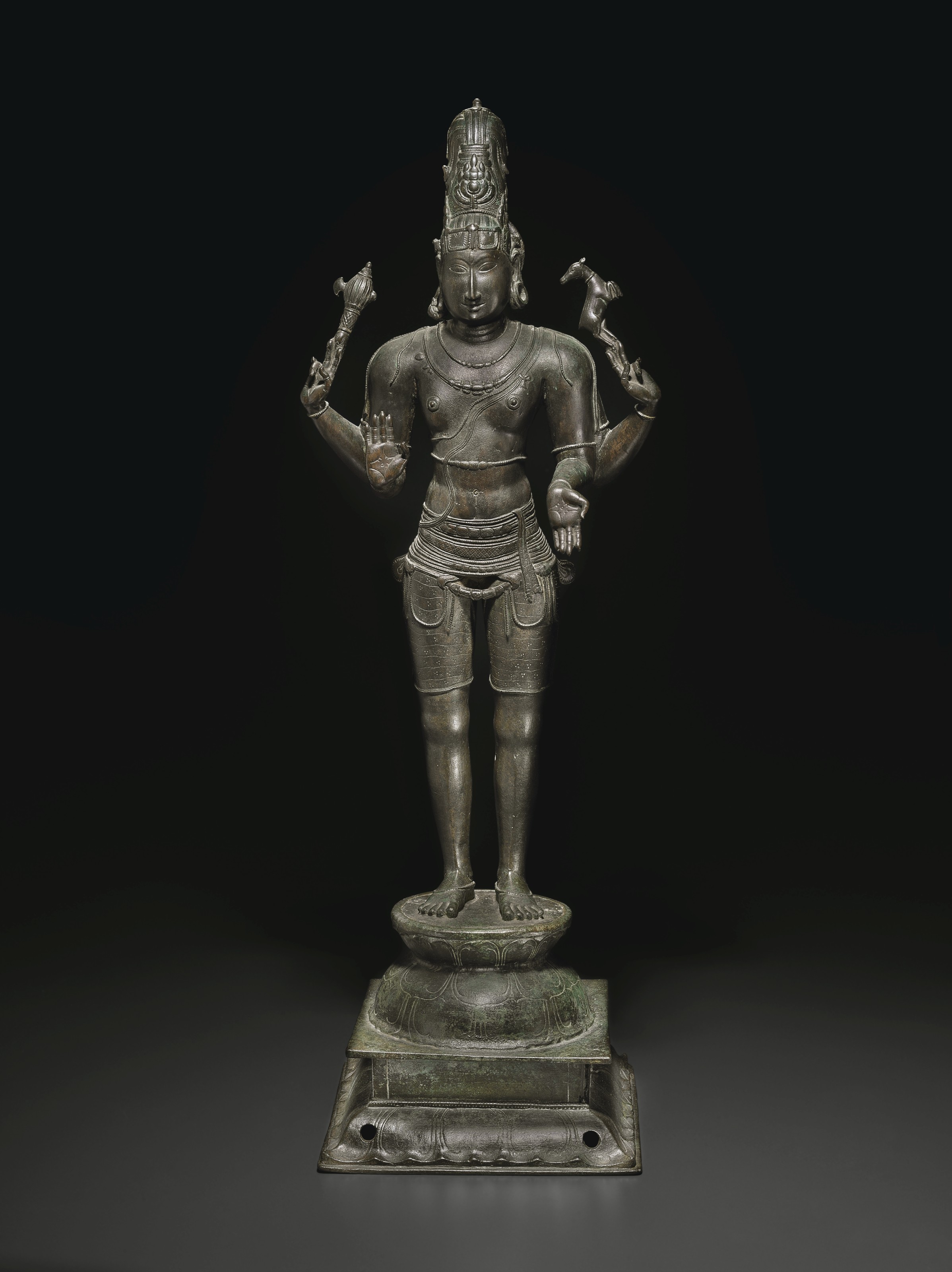 An important bronze group of Somaskanda

An important bronze figure of Shiva as t 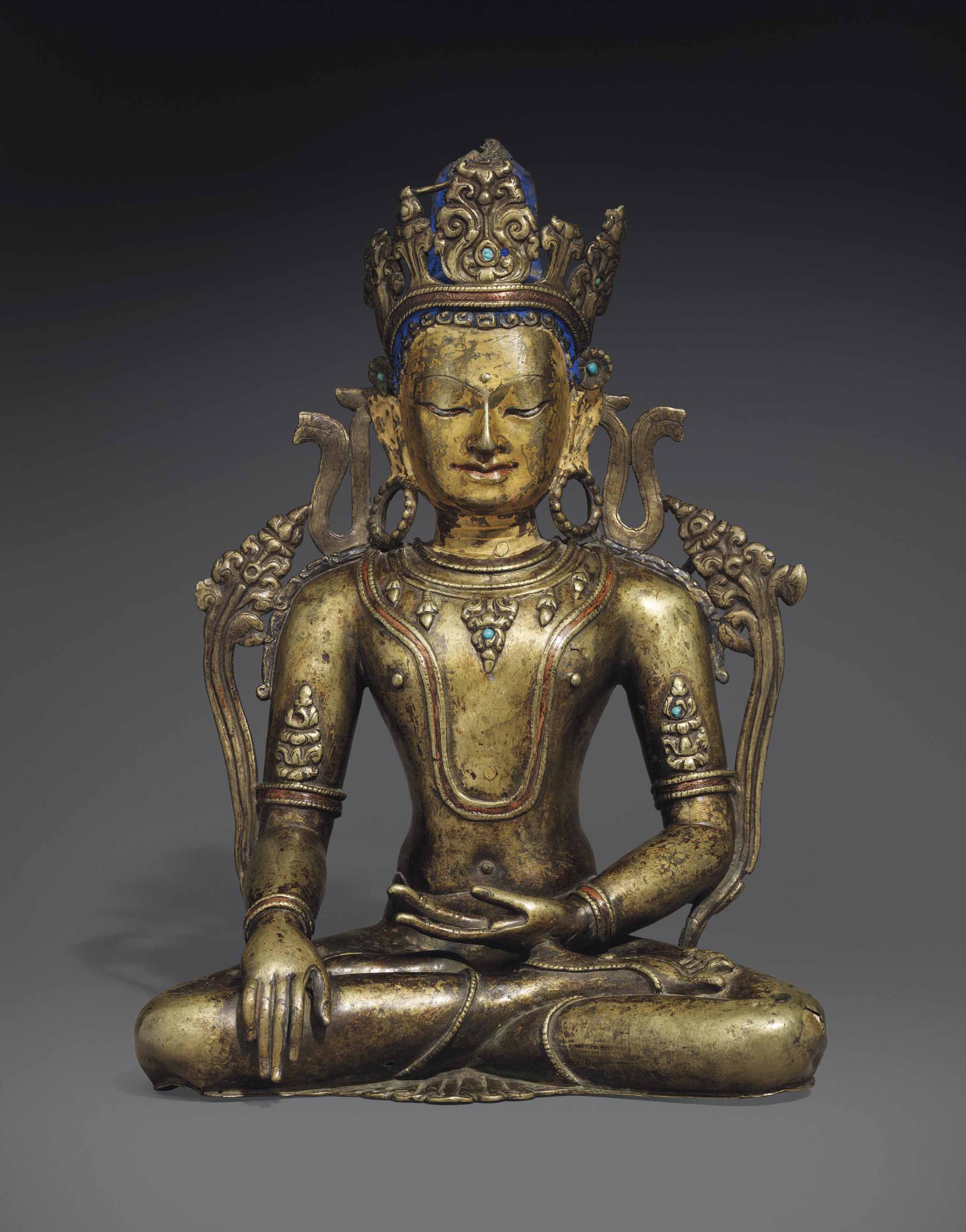 AN IMPORTANT BRONZE FIGURE OF AMOGHASIDD

An important bronze group of Shiva and P

AN IMPORTANT JEWELLED AND BRONZE-MOUNTED

AN IMPORTANT KINGWOOD AND ORMOLU 'SORMAN

An important bronze figure of Padmapani

An important bronze figure of Ushnishavi

AN IMPORTANT BRONZE FOUNTAINHEAD IN THE