An interesting Egypt Campaign group of

An interesting Egypt Campaign group of six awarded to Mr. J. R. Gibson, Director-General of the Egyptian Land Survey and British Commissioner of the Egyptian State Domains, who served as a spy for the Intelligence Department during the campaign of 1882 Egypt and Sudan 1882-89, dated reverse, no clasp (Mr. J. R. Gibson); Turkey, Order of Medjidie, 1st Class set of insignia, comprising sash badge, 67mm., gold and enamel, and breast star, 90mm., silver, gold and enamel, both unmarked, with original but frayed full sash, in Spink, London fitted red leather case; Turkey, Order of Osmanieh, 3rd class neck badge, 63mm., silver, gold and enamel, with original but frayed neck cravat; Khedive’s Star, 1882; Khedive’s Star, 1884, together with a silver medallion, obverse, Nile scene with the Pyramids, reverse, Ottoman arms and ‘Domaines del Etat’ engraved below, the edge further engraved, ‘Pour Coton Abbassi et Afifi (Garbieh), Jan. 1898’, 44mm., the first with official correction to initials, generally good very fine or better (7) £1000-1200 Footnote James Richardson Gibson, whose sister, Catherine, married Captain John William Clayton late 13th Light Dragoons (see previous Lot), as his second wife, in 1892, was the eldest son of James William Gibson and his wife Rosetta, of Circular Head, Tasmania. Young James commenced his career in the Revenue Survey in India in 1860, where he worked until being invalided to England in 1880, latterly having served as a Deputy Superintendent. Not quite having recovered his health, but by special request from the Foreign Office, he went out to Egypt with an appointment in the Land Survey, where, in early 1882, he was asked to assist Major (Later General) Tulloch of the Intelligence Department at Cairo. Here, he was charged with gathering intelligence in anticipation of forthcoming military operations, a chapter of his career described in his privately published memoir, Notes on Service in Egypt 1881-1895: ‘As my duties in the Survey Department enabled me to visit all parts of the country, and to have access to records which were not open to the public, I was able to obtain a certain amount of information without attracting attention and I finally prepared and forwarded to the War Office a map of Lower Egypt ... I was still endeavouring, with little success, to carry on the survey when the massacre of Europeans took place in Alexandria on 11 June 1882, which was soon followed by the arrival of the English Fleet. The Khedive, the British Consul General, and almost all the European officials then took up their residence in Alexandria, and their departure was the signal for a general exodus of European merchants and tradesmen from Cairo. I was left with three other English officials, and received instructions from Sir Auckland Colvin, the English Comptroller General, to send him a daily report of the events in Cairo. This I continued to do till the 9 July, when I received instructions to come to Alexandria as the bombardment would probably take place in 24 hours.’ On reaching Alexandria, where the streets were ‘swarming with soldiers and low class Arabs’, but where fortunately Gibson and his party were ‘allowed to pass through the town unmolested’, he sought refuge aboard one of H.M’s ships. The naval bombardment over, he volunteered his services, and was duly appointed to the Intelligence Department under Sir F. Goldsmid, to collect information for the use of the British military. Gibson continues: ‘While serving in the Intelligence Department, I made several reconnaissances in the country lying between the outskirts of Alexandria and the Abou Kir Lake, in order to watch the movements of Arabi’s troops who were entrenched on the banks of the Mahmowdieh Canal. On my return from one of these excursions I learnt that Midshipman De Chair had been taken prisoner by a patrol of Arab cavalry just outside the village of Ramleh. I had passed through the same village, which consists of a single street, at an early

Awards to Civilians from the Collection 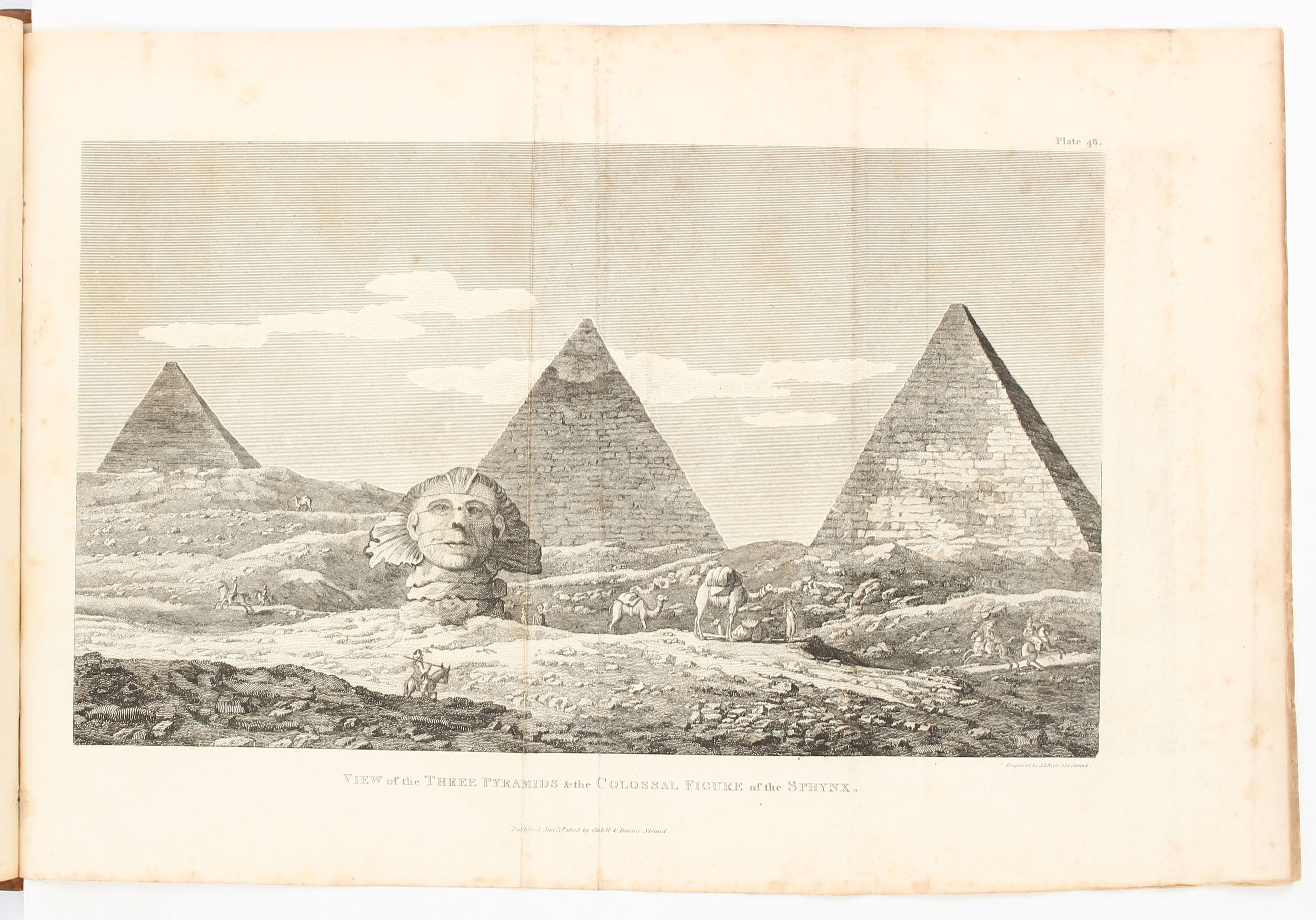 The AA Upfill-Brown Collection An intere

The Waterloo medal awarded to Sergeant-M

Map of the Battle of Waterloo, a contemp

Map of the Battle of Waterloo, a contemp

A most interesting collection of memorab

A most interesting collection of memorab