Title: Archive of 26 manuscript letters signed by King Philip IV of Spain, to Luis Enríquez de Guzmán, 9th Count of Alba de Liste, his Viceroy in New Spain, written from February 1651 to February 1653 Author: Philip IV, King of Spain Place: Madrid, Spain Publisher: Date: 1651-1653 Description: 26 manuscript letters, signed by King Philip IV of Spain, “Yo El Rey” (I am the King). On 4-page folios of Sello Quarto (sealed paper), except 4 are on plain paper. Approx. 30.5x21.5 cm (12x8½”), in early 20th century folder lettered in gilt “Twenty Six Letters from Philip IV to Conde de Alba His Viceroy in New Spain.” Rare and significant archive of letters from the King of Spain to his representative in New Spain, now Mexico, with instructions for governing, with particular attention paid to reforming the colony’s treasury and tax collection, to maintain a better stream of revenue back to Spain. The necessity of maintaining the revenues from the New World was of particular importance during this stage of the Spanish Empire, as the Thirty Years War and ongoing domestic turmoil were putting pressure on the financial stability of the realm, and foreshadowing the slow but steady decline in the fortunes of Spain. The letters reveal the detail-oriented management that Philip tried to exert over his American dominions, and the difficulty considering the time and distance affecting communication. Luis Enriquez de Guzman, IX Conde de Alba de Aliste, to whom the letters are addressed, was appointed Viceroy of New Spain in May of 1649, assuming office on June 28, 1650 and serving until August 15, 1653. He was later to serve as Viceroy of Peru. During his tenure in New Spain, he is credited with stabilization of the hacienda real (i.e. the royal estate and its financial liquidity) of the colony due in part to the mining boom in Mexico. This is reflected in the letters by the many references to the silver shipments being made to Spain. There is also mention in the letters to auditing the finances, in an effort to curb graft and corruption (one solution was to ban auditors from contracting marriages with daughters or relatives of officers of the Royal Treasury). Other details include the setting aside a portion of the overall revenue to help maintain the Almaden quicksilver mine in Spain, so a supply of the necessary ingredient in refining silver would always be available for shipment to the New World; asking for an investigation of friars in the province of Mechoacan, where there was dissension; the sale of various bureaucratic offices to raise money; payroll moneys sent to the Philippines, religious matters, coinage, smuggling out of silver, and more. Also, an announcement of the birth of Infanta María Margarita, dated 8 August 1651. The letters have not been fully translated, but there is a handwritten summary list, prepared evidently by Goodspeed’s Book Store where the archive was purchased, it is believed in the 1920s or 1930s. A typed transcript of this list is available. Provenance: Edward Hohfeld/Jane Hohfeld Galante. Summary of Letters from Philip IV to his Viceroy in New Spain 1. Informs of arrival of fleet with silver send by Viceroy and gives instructions to collect all moneys due the Royal Treasury and to send by two vessels to Havana, there to await a convoy of galleons. 11 February 1651. 2. Asks for report on violations of decree forbidding auditors of the Exchequer from contracting marriages with daughters or relatives of officers of the Royal Treasury, or of the latter with daughters &c. of auditors. 25 February 1651. 3. Requires senior auditor of the Exchequer to be present whenever moneys are paid into the Treasury or paid out of it. This was to have some check on speculators who bought up orders on the Treasury from persons needing money without delay. 8 May 1651 4. Refers to No. 1. Officer who was to command the two vessels left without proper papers. 22 June 1651. 5. Asks Viceroy to investigate prese Archive of manuscript letters and docume Archive of manuscript material from the 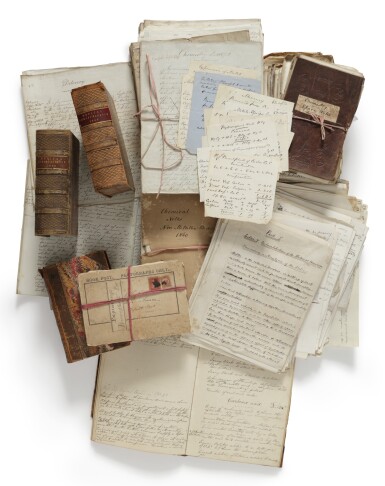 GOLD RUSH CALIFORNIA AND THE SOUTHWEST]. 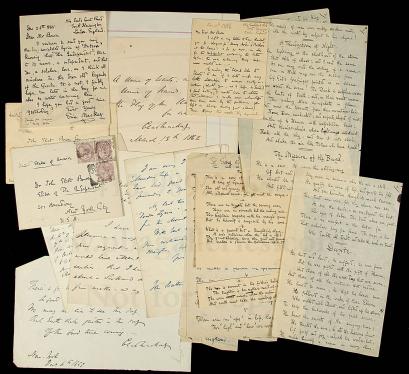 Archive of Autograph Letters and Poems b 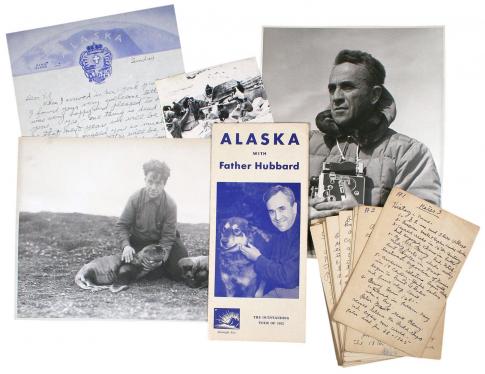 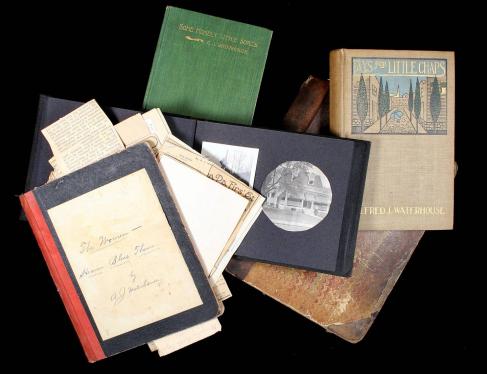 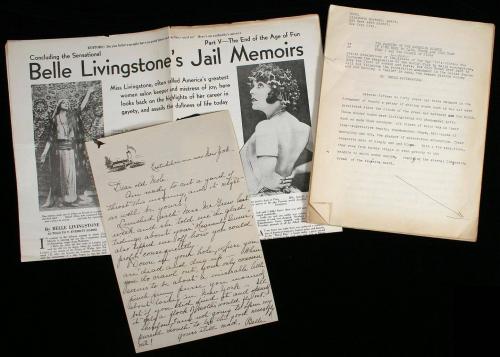 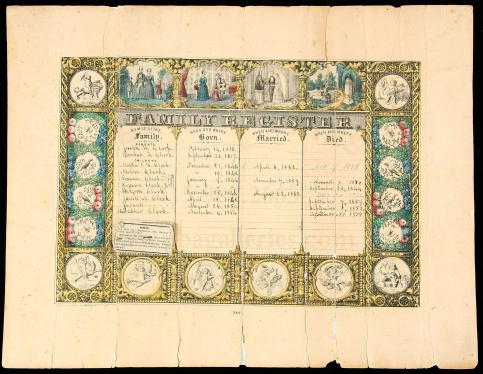 Archive of photographs, letters, and oth