Autograph document in Churchill’s hand outlining the terms of a bet placed between himself and James C. Young whilst dining at the latter’s home in Minneapolis. According to the document: ‘Mr. James C. Young bets Mr. Winston Churchill - one hundred pounds even - that within ten years from this date the British Empire will be substantially reduced by loss in Australia, or Canada, or India equal to a quarter by population of one of these provinces…’, signed by Churchill, Young and counter-signed by British poet Richard Le Gallienne as a witness, with corrections and two “WSC” annotations by Churchill, framed and glazed, one page, 8vo, 23 January 1901 CHURCHILL BETS £100 THAT THE BRITISH EMPIRE WILL ENDURE IN THE WAKE OF QUEEN VICTORIA’S DEATH. Churchill in America In early 1901, a 26 year-old Winston Churchill having recently been elected into the House of Commons, crossed the Atlantic to lecture in various American and Canadian cities about the Boer War and the military troubles that the United Kingdom had been facing in South Africa. Following his ordeal as a Prisoner of War in Pretoria, eventual escape, and hero’s welcome into neutral territory, Churchill was soon offered the opportunity to tour around various theatres in the States to recount his story. By late January 1901, Churchill had arrived in Minneapolis amidst reports from back home that Queen Victoria’s health was rapidly declining. In one of his lectures, the young politician addressed the grave news, stating: “A greater loss than fertile province or loss upon the field of battle threatens us at this time. I can but ask the American people to hope with us that the new century may not dawn with one of the greatest losses the world could ever know-the loss of our sovereign, the Queen Victoria” (Millett, Lost Twin Cities, pp.208-09; St. Paul Pioneer Press, Jan. 20, 1901, p. 4). James Carleton Young An entrepreneur in finance and real estate as well as an acting agent for various railroad companies, James Carleton Young was regarded by his local community as a successful businessman. However beyond his capitalist endeavours, Young was a committed bibliophile, spending a ‘great portion of his life acquiring a library of selected literature, the greatest of its kind in existence, each volume inscribed by its author’. ("The book of Minnesotans; a biographical dictionary of leading living men of the state of Minnesota"; archive.org) It is not documented how Churchill came to be acquainted with the American businessman; nevertheless one evening during Churchill’s tour, Young hosted him at his home in Minneapolis for a small and intimate dinner party. The bet Todd Ronnei describes the events surrounding this period in his essay ‘Churchill in Minnesota’ (from Minnesota History, vol. 57, No. 7, 2001). In one section, he recounts the evening, one day after Victoria had died no less, that Churchill returned to Young’s home for a dinner party along with British poet Richard Le Gallienne, describing how ‘naturally, the focus of their discussion was the death of Victoria and what it would mean to the British Empire. Young was certain the Empire would soon begin to crumble; Churchill was adamant that nothing of the sort would happen.’ Both parties took such firm stances on the matter that they ‘agreed to put their money where their mouths were’ and take a bet. The stake was set at £100 and the terms, that the British Empire would be ‘substantially reduced’ and see a decline ‘equal to a quarter by population’ of one of its provinces- Australia, Canada or India - 'before ten years are gone’. Two copies of the bet were produced. One written out in Young’s hand and kept by Churchill, the other, shown here, written in the hand of Winston Churchill and kept in possession of Young. Both copies were signed by all three men present that evening, Le Gallienne signing as a witness. Provenance Sold to Dr. A.S.W Rosenbach from the estate of James C. Young’s daughter in 1945. An original newspap 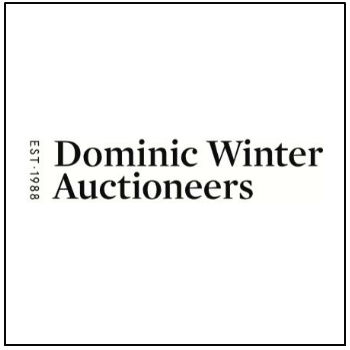 British History | a collection of 113 le 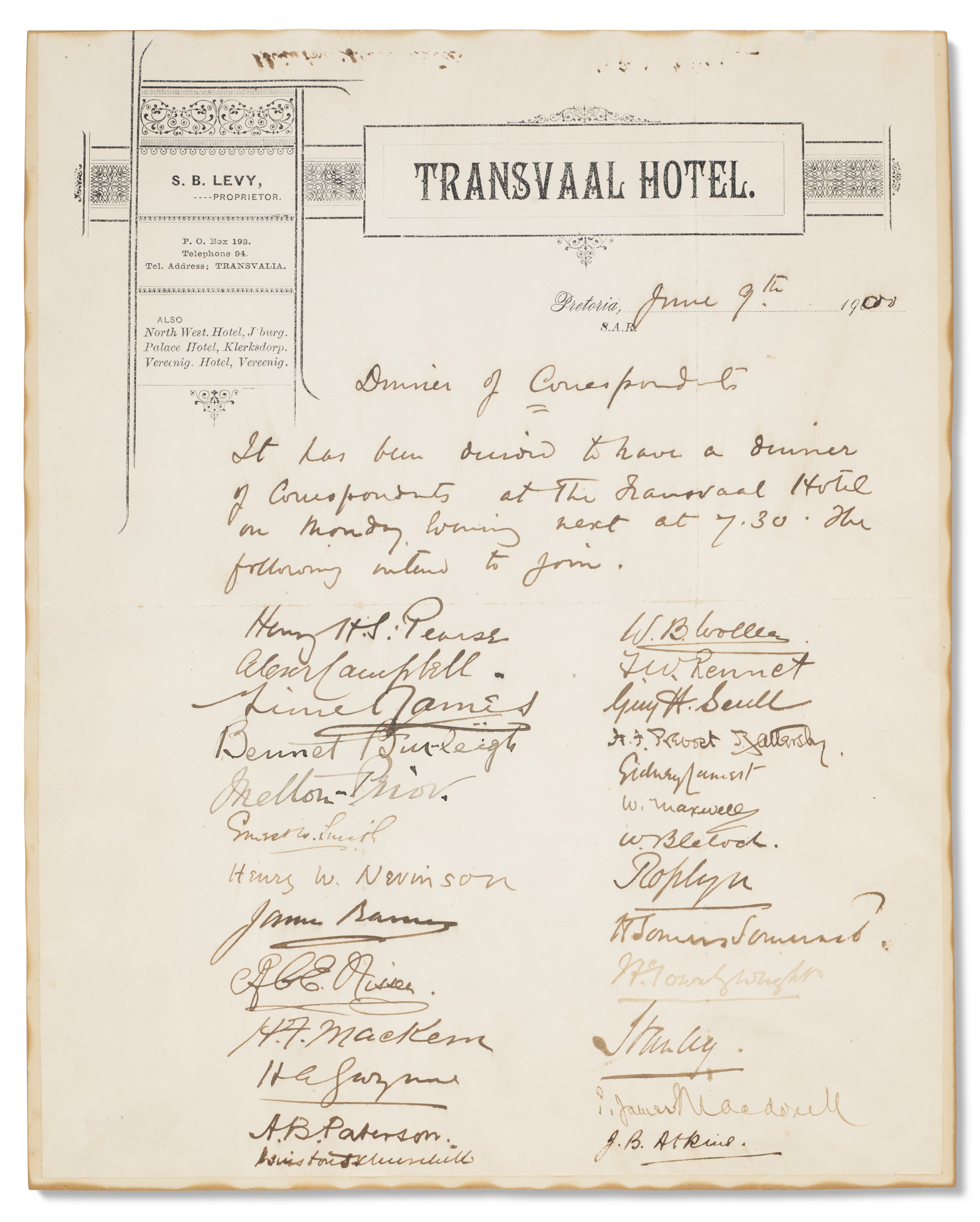 Signed as a correspondent in South Afric