BIBLE, in English -- Biblia. The Bible, that is, the holy Scripture of the Olde and New Testament, faithfully and truly translated out of Douche and Latyn in to Englische (by Miles Coverdale, 1488-1568). [Cologne and/or Marburg: Eucharius Cervicornus...

BIBLE, in English -- Biblia. The Bible, that is, the holy Scripture of the Olde and New Testament, faithfully and truly translated out of Douche and Latyn in to Englische (by Miles Coverdale, 1488-1568). [Cologne and/or Marburg: Eucharius Cervicornus (pts. 1-2, 6) and Johannes Soter (pts. 3-5), perhaps for Jacob van Meteren in Antwerp, 4 October 1535; preliminaries (first quire) printed at Southwark: [James Nicolson, 1535 or 1536]. Median 2° (315 x 195mm), six parts in one volume. Collation: + 8 (+1 title in facsimile, +2r dedication to Henry VIII (and "Quene Anne") by Coverdale, +4v prologue by Coverdale, +7v table, +8v chapter headings of Genesis); a-p 6 (Pentateuch, p6v blank); aa-vv 6 (aa1r title The seconde parte of the Olde Testament , aa1v chapter headings of Joshua, aa2r Joshua-Esther); Aa-Hh 6 Ii 4 (Job-Song of Solomon, Ii4 blank), Aaa-Rrr 6 (Aaa1r title All the Prophetes in Englishe , Aaa1v chapter headings of Esau, Aaa2r Prophets); A-N 6 O 6 (A1r title Apocripha , A1v address to the reader and chapter headings of Esdras, O6 blank); AA-TT6 (AA1r title The new testament , AA1v chapter headings of Mathew, AA2r New Testament, TT5r colophon, TT5v-6 blank). 566 leaves (of 570, without blank O6 and TT6, title and TT2 supplied in facsimile by Harris). Without the map, found whole in 2 copies only. 57 lines, double column. Main text in schwabacher type (92mm/20 lines), with roman for marginalia and disputed words, preliminaries (except facsimile title) in English black-letter. Four woodcut borders (each printed from 8 blocks), 108 woodcut illustrations from 68 blocks derived from designs of Hans Sebald Beham (which first appeared in a Bible printed at Frankfurt by Christian Egenolff, 1534), woodcut initials as described by Sheppard. The title-page facsimile is of the original "foreign" title printed in schwabacher type, designed by Hans Holbein (Preliminary leaves repaired and hinged, a1.6 hinged and repaired affecting text slightly but supplied in manuscript, other corners or margins repaired in 26 leaves, affecting text slightly on K4, AA5, TT1,3-5; SS6 and TT1-5 hinged, upper corner of Fff3 and lower corner of Iii1 expertly repaired with text in facsimile.) Gold-tooled blue morocco over pasteboard, sides panelled with roll-tool borders, corner ornaments, spine tooled in compartments, gilt turn-ins, red glazed endpapers, gilt edges, by Charles Lewis for Botfield, about 1832. Provenance : Near-contemporary signature erased from end of part 4; later note above colophon erased; Botfield, acquired from Payne & Foss in 1832 for #105.0.0 (P. & F. Acquisitions, p.9v), laid in is a letter from James Warner dated 1860 requesting details of this copy, also laid in is the list of subscribers to the Coverdale Memorial window, erected at Coverham Church, Yorks. in 1855, which includes Botfield. FIRST EDITION OF THE BIBLE IN ENGLISH. Despite the amount of literature it has engendered, the Coverdale Bible still raises many questions concerning its production and distribution which remain unsatisfactorily answered. Once thought to have been printed by Christopher Froschauer at Zurich, it was assigned to Johannes Soter and Eucharius Cervicornus, printers at Cologne, by Sheppard on the basis of the woodcut initials. Sheppard also observed that the initial sets used by each printer generally appeared exclusively in the different parts and concluded that the parts had been divided between Soter and Cervicornus for working off. The place of publication for the Coverdale Bible has also been posited as Marburg, since Cervicornus operated a second press there as printer to the university, simultaneously printing books at Cologne and Marburg from 1535 to 1537. It had probably been intended to print Coverdale's Bible in Antwerp where Tyndale's New Testament in English had been printed in 1534, with which Coverdale was associated, and where Jacob van Meteren, who financed the translation and its publication, according to his descendant Emanuel 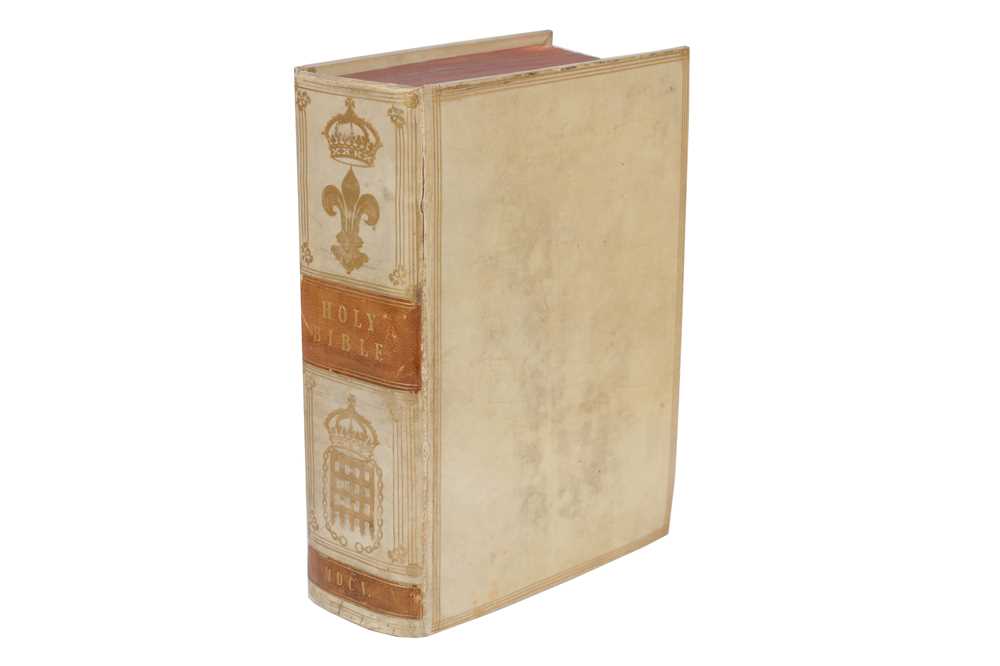 BIBLIA. THE BIBLE, ... FAITHFULLY AND TR 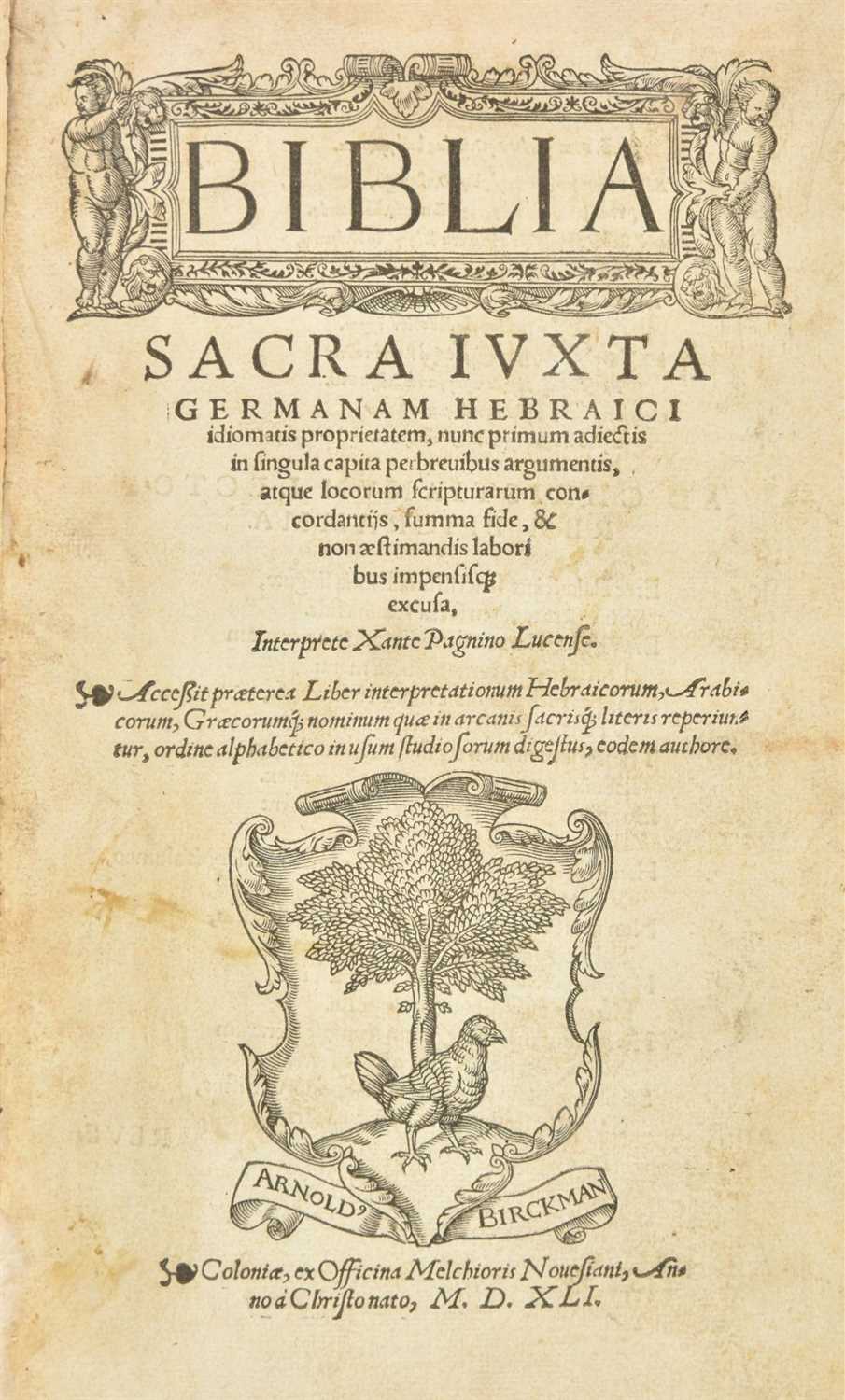 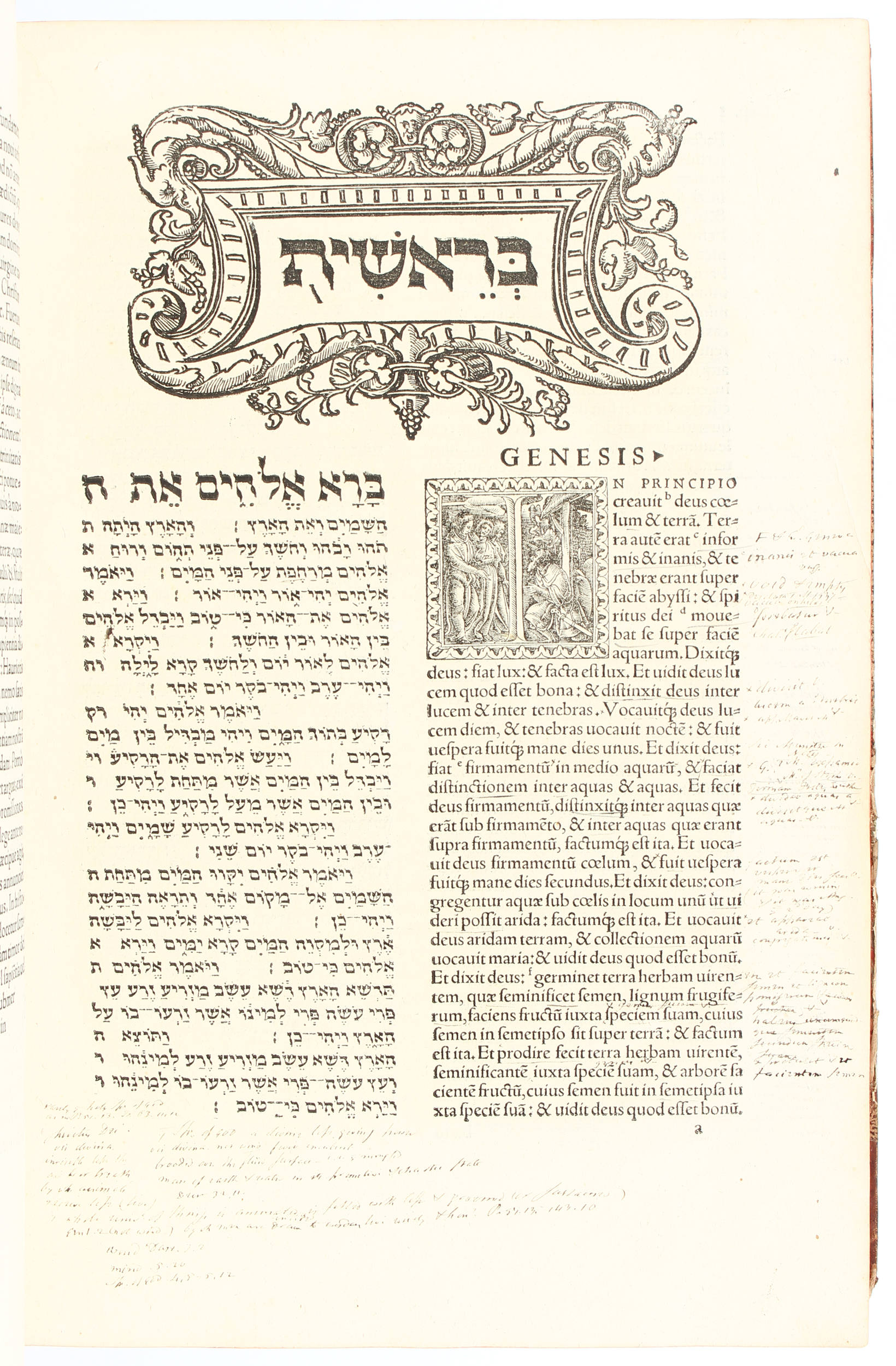 BIBLE with Prologues, in Latin, ILLUMINA 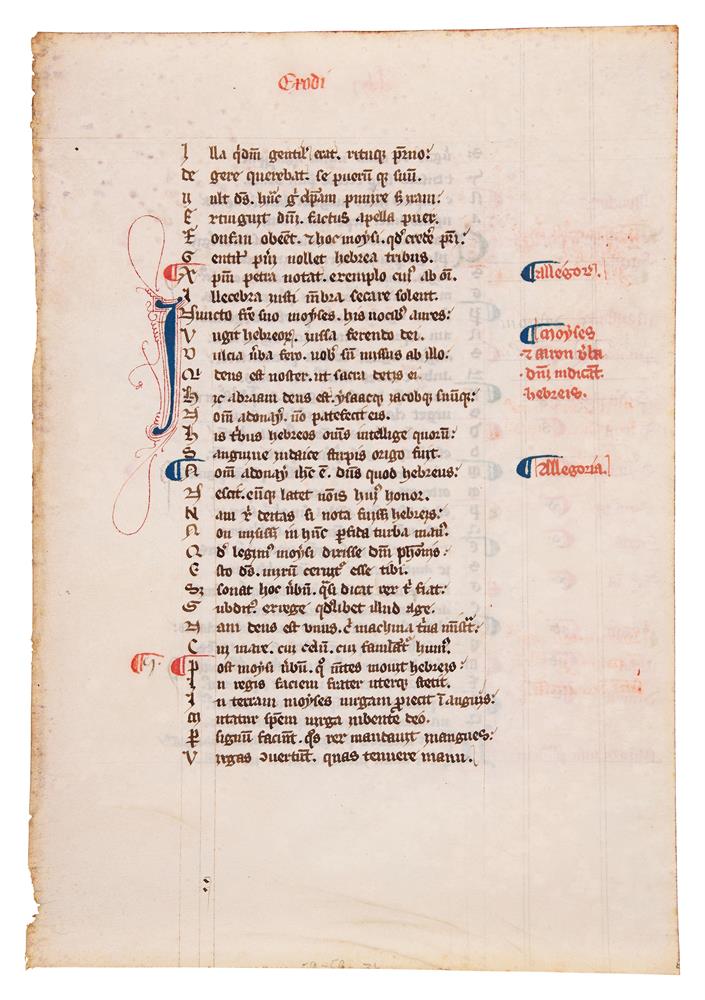