BLAEU, Willem Janszoon. Terrestrial Globe . Amsterdam: dated 1599 [but after 1621]. A terrestrial table globe, diameter 13½ inches (34cm.), overall height 20 inches (51cm.). The globe made up of 12 engraved gores and two polar calottes, hand-coloured in outline, unvarnished, elaborate dedication, address and explanation cartouches, showing the latest discoveries of Schouten and Le Maire around Cape Horn and the along the coast of Chile. (Green hand-colouring faded to brown, some minor abrasions of paper surface, particularly to the northern hemisphere, a few small areas restored.) Brass axis, hour and meridian circles, stamped No 9, graduated on one face (later hour circle and pointer, the horizon circle rubbed with loss of some paper surface.) The globe mounted in Dutch style ebonised and oak stand, the horizon bar carried by four turned and fluted legs, cross-stretchers supporting turned wooden base-plate with wooden centrpost (minor crack to base-plate). A fine and unsophisticated example of the 34cm Blaeu globe, one of the greatest Dutch globemakers of the 17th century. Willem Janszoon Blaeu (1571-1638) made his first 34cm. globe circa 1598, soon followed by the 1603 issue. This example with the addition of the Schouten and Le Maire discoveries and the change of his name to Blaeu is dated after 1621. He changed his name around this time to distinguish himself from his competitors. On these globes the style and depth of the engraving of the name 'Blaeu' is different from the rest of the text. Blaeu was originally educated as a clerk in the hering trade, but later went on to study mathematics, and, in 1594 studied under the astronomer Tycho Brahe. He returned to Amsterdam in 1596 and settled down as a globe, instrument and map-maker, building up a firm which became one of the most important map and globe businesses in Europe. 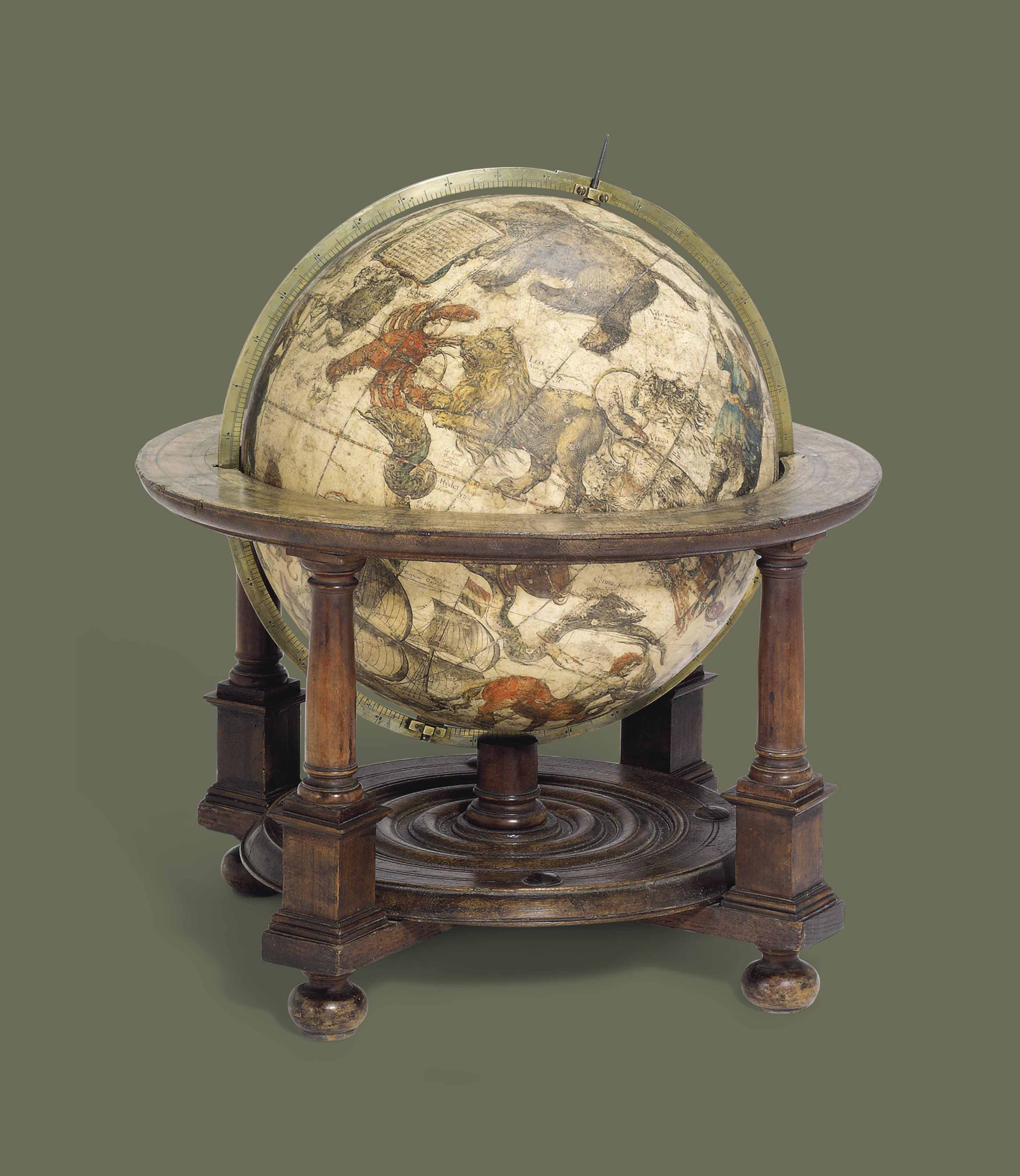 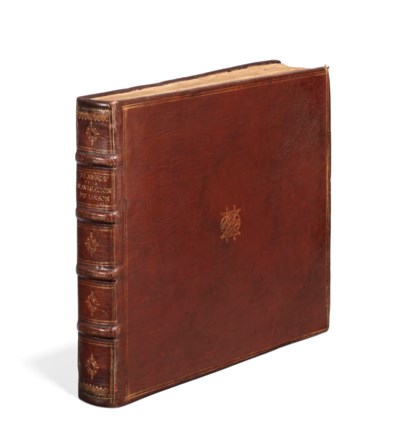