[Book of Hours - Hainaut] Horae. Use of

[Book of Hours - Hainaut] Horae. Use of Rome. [Hainaut, , ca. 1490-Latin and French manuscript on vellum (ca. 15,7 x cm), [ff. (incl. 2 initial blanks and 3 final ruled only ff.), ruled writing area (ca. 9 x 6 cm), ll., written in two sizes of a gothic liturgical hand, wide margins. In good condition (some slight dampstaining and rubbing). 18th-c. blind-decorated mottled calf (skilfully repaired, sl. rubbed), gilt spine with 5 raised bands, a.e.g., marbled endpapers, paper flyleaves. Contents: Calendar, in French; Hours of the Cross; Hours of the Holy Ghost; Hours of the Virgin [Use of Rome], with Matins, Lauds, Prime, Terce, Sext, None, Vespers and Compline; Penitential Psalms and Litany; "Salve Regina" (hymn); Memorials to the Saints (with female saints before male saints); Office of the Dead [Use of Rome] in shortened form. Decoration: Calendar in red and blue and burnished gold; rubrics in pale red; capitals touched in yellow; line-fillers and one- and two-line initials throughout in blue-grey heightened with white or in liquid gold on grounds of brown or pink or blue with tracery in liquid gold. Illumination: twelve large miniatures within full borders: Crucifixion (with a landscape of hills and trees), Pentecost, Annunciation (set before a wall with pillars and romanesque recesses), Visitation (in an empty hilly landscape), Nativity (in a thatched stone shelter, with ox and ass), Annunciation to the Shepherds (on a hillside, with a diminutive angel hovering in the sky), Adoration of the Magi (beside a thatched shelter up against a gothic ruin), Presentation in the Temple, Flight into Egypt (on a path around a huge rock), Massacre of the Innocents (in a medieval courtyard), David in prayer (looking through a church window), Raising of Lazarus (set outside a gothic church). This manuscript has its origins in the French-speaking part of Southern Flanders and Hainaut. The Calendar has St Vaast on July, not his usual feast day (6 February) but that of the finding of his relics (a "golden" feast in the dioceses of Arras and Cambrai). The miniatures and borders are in the Bruges style but with the soft colours of manuscript from further south. The illustration and decoration to be attributed to the Master of Marguerite de Liedekerke, a Hainaut manuscript painter, most probably working in Valenciennes in the wake of Simon Marmion This miniaturist was widely appreciated in Hainaut and in the Diocese of Cambrai, by religious as well as by secular patrons, such as Henri de Bergues (bishop of Cambrai), Charles de Lalaing, Antoine Rolin, Adolph of Cleves, John of Oettingen, and various Mons citizens. His major work is the Antiphonary of Forest/Vorst (Westmalle, Trappistenabdij, ms. 9), written at the request of abbess Marguerite de Liedekerke (in function 1500-1541), after whom he is named. Ref. A.-M. Legaré, Du nouveau sur l’enluminure en Hainaut à la fin du Moyen Âge: l’Antiphonaire de l’abbaye de Forest (Westmalle, Abbaye des Trappistes, ms. 9), in “Manuscripts in transition. Recycling manuscripts, text and image” (Leuven 2005). Prov. Sold at Sotheby’s, June lot (as “Artois, perhaps Arras, ca. 1500”).

THE ANNUNCIATION, FULL-PAGE MINIATURE ON

THE RAISING OF LAZARUS, FULL-PAGE MINIAT 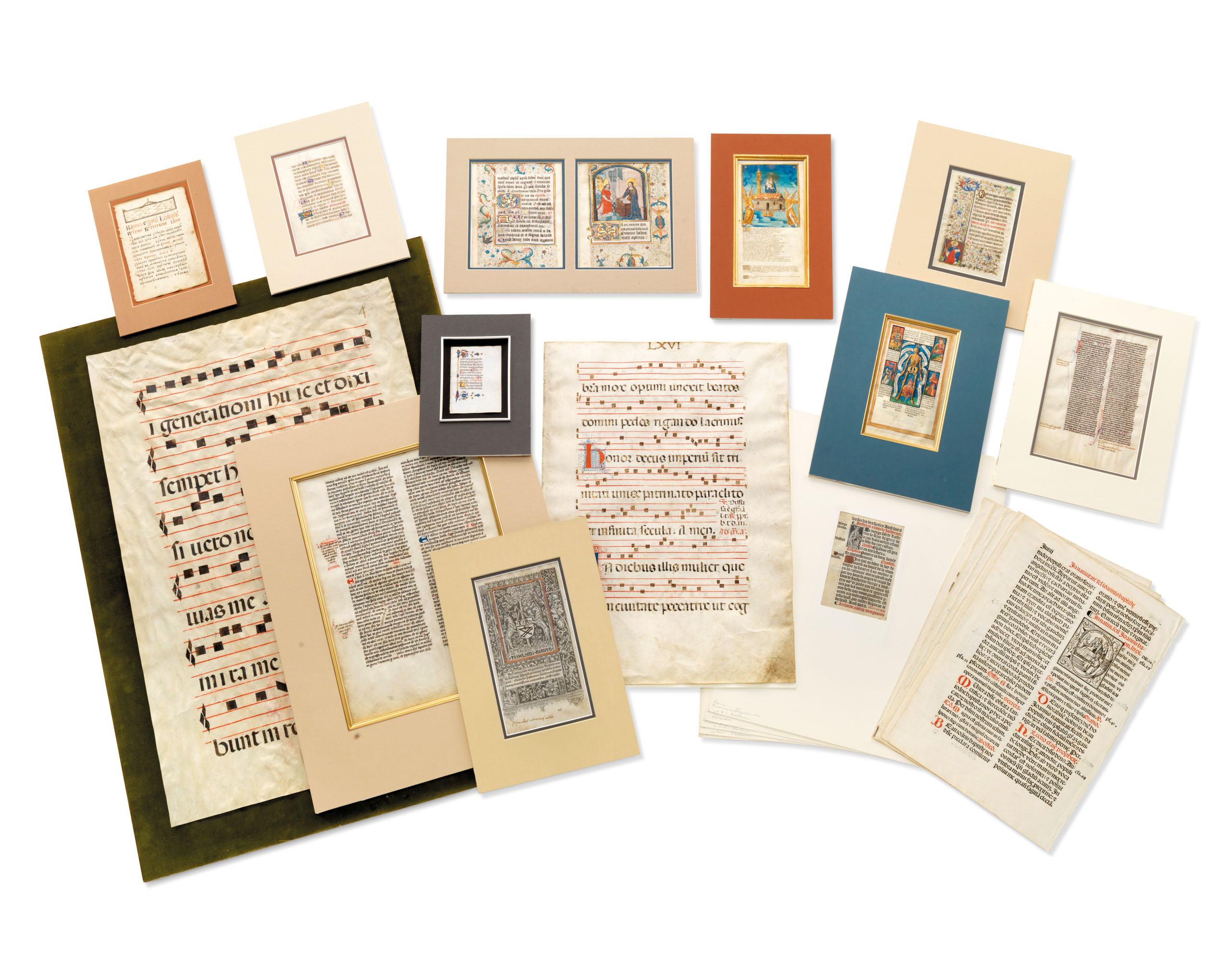 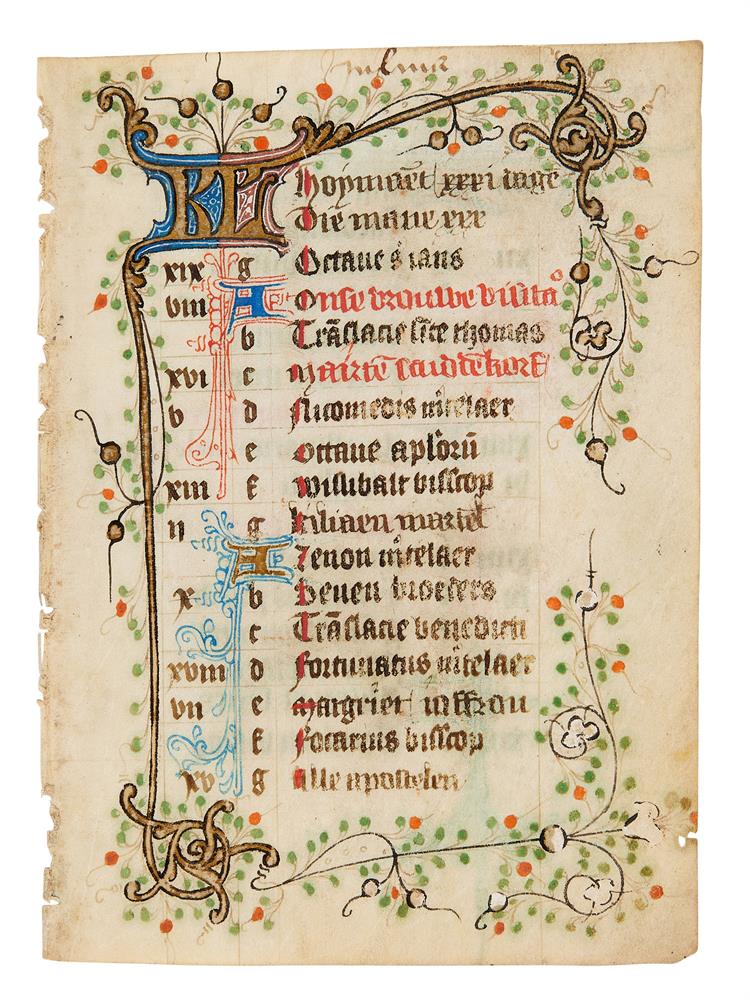 Leaf from a calendar with near-contempor 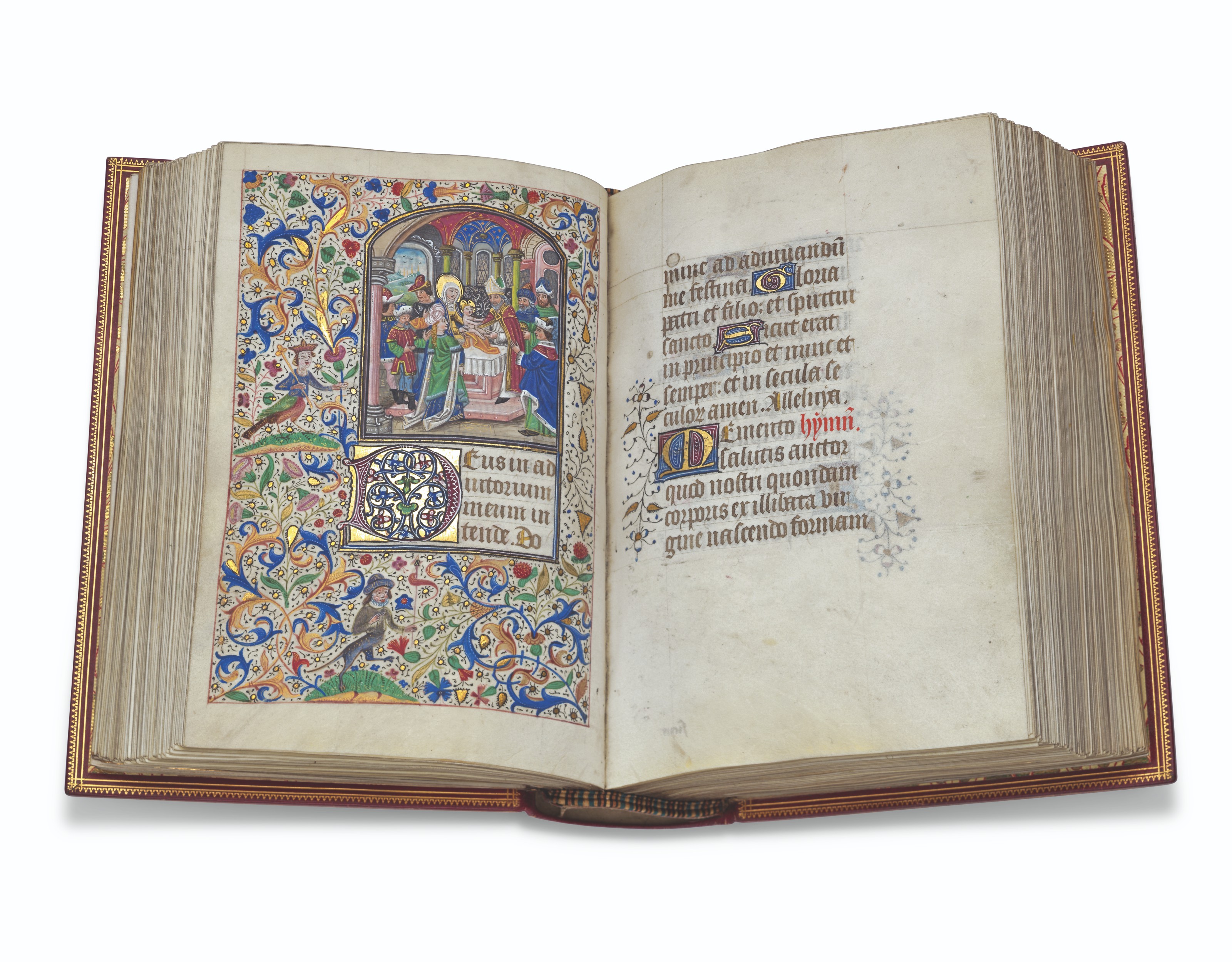 Use of Rome, in Latin, illuminated manus 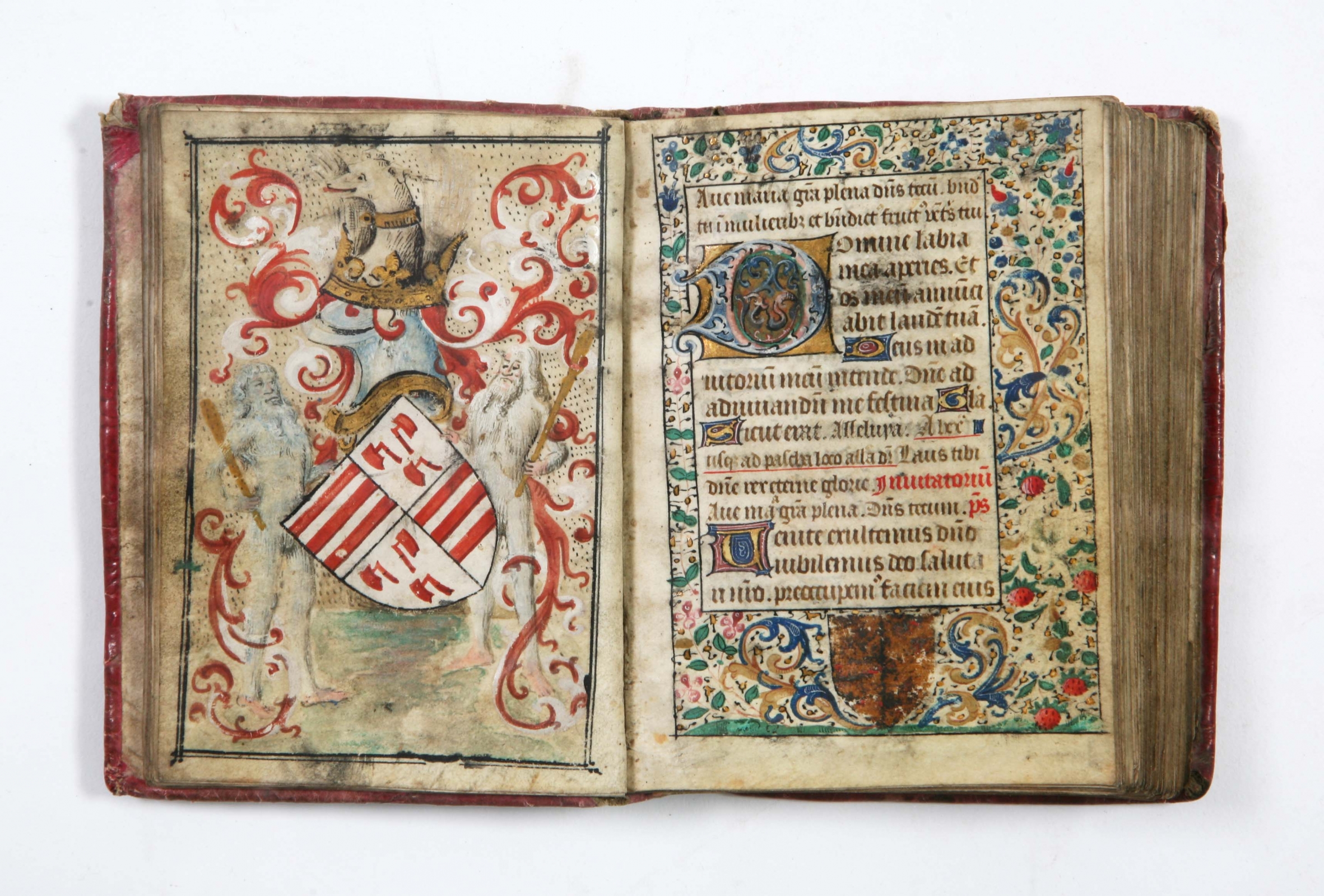 [Book of Hours - Bruges] Horae. Use of R

Horae. Use of Rome. Latin (and a few Fre