BOTERO, GIOVANNI. Le Relationi universali... divise in sette parti... In oltre vi s'aggiunge nell'ultimo un breve racconto di mostri, & usanze de quelle Indie, con le sue figure al naturale d'Alessandro de Veccho... quinta impressione ristampate, & ricorette. Venice: Alessandro Vecchi, 1622 [part 2: Aggiunta , 1623]. 8vo, 223 x 157 mm., (9 1/16 x 6 3/16 in.), contemporary mottled vellum over pasteboards, remains of ties, title stencil-lettered in ink on spine, later gilt morocco lettering-piece (defective), edges stained blue; scattered minor marginal foxing, some mostly marginal dampstaining, tear to lower corner of B7 in part 2 catching side note and 2 words, a few minor paper flaws not affecting text . 8 parts in one, titles with woodcut printer's devices, woodcut capitals and ornaments, 4 small folding engraved maps of the continents in part 1, the Aggiunta (part 8) with title woodcut, 30 full-page and 2 half-page woodcuts of monsters and of natives of India, Guinea, and "Arabia" or East Africa, BY HANS BURGKMAIR AND HIS CIRCLE. Alden & Landis 622/22; cf. Burden, 86; JCB (3) II:161; Sabin 6806 (1618 edition); W. Oakeshott, Some Woodcuts by Hans Burgkmair printed as an appendix to the fourth part of Le Relationi universali de Giovanni Botero , Oxford: Roxburgh Club, 1960). A very appealing copy of the eighth edition of the Relationi universali , first published in parts beginning in 1591 or 1592. Botero had originally intended to write a description of the progress of Christianity, but his work evolved into a systematic survey of cities, countries and peoples throughout the known world; for a century it was considered the best universal geography available. This edition is of particular interest for the Aggiunta alla Quarta Parte , consisting of three series of vivid woodcut illustrations, with accompanying text, printed from blocks cut in the early sixteenth century by Hans Burgkmair and his workshop. The present edition and the previous Vecchi edition of 1618 contain THE ONLY KNOWN APPEARANCE OF THESE WOODCUTS, which may be the first serious European visual study of African and Oriental dress, and which were probably intended to illustrate a book of travel, now lost, althought the cuts were known in the early 16th century, as illustrations showing their influence are known. In his 1960 study Walter Oakeshott convincingly argued that the woodcuts were made for an edition describing Balthasar Springer's voyage from Portugal around the Cape of Good Hope to India in 1505. Eight of the cuts showing Africans clearly appear to form part of a panorama that has been cut up into single vignettes, and Oakeshott postulates that this large block was meant to show a procession of the King of Cochin. Nine other illustrations of natives were probably also taken from a single large block; both blocks, which are unknown in their original undivided state, may have formed a preliminary essay for Burgkmair's huge Triumph of Maximilian . Provenance : Jesuit College of Louvain, inscription on title -- Later description at bottom of title, blacked out -- With B. Quaritch Ltd, cat. 1112/31. 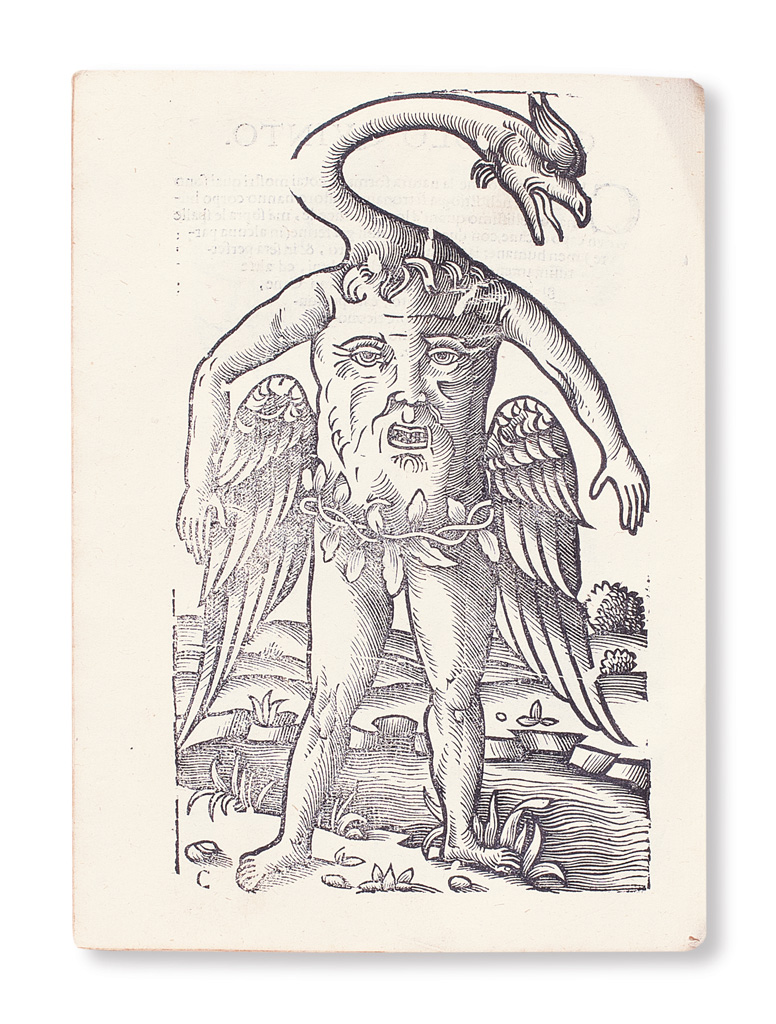 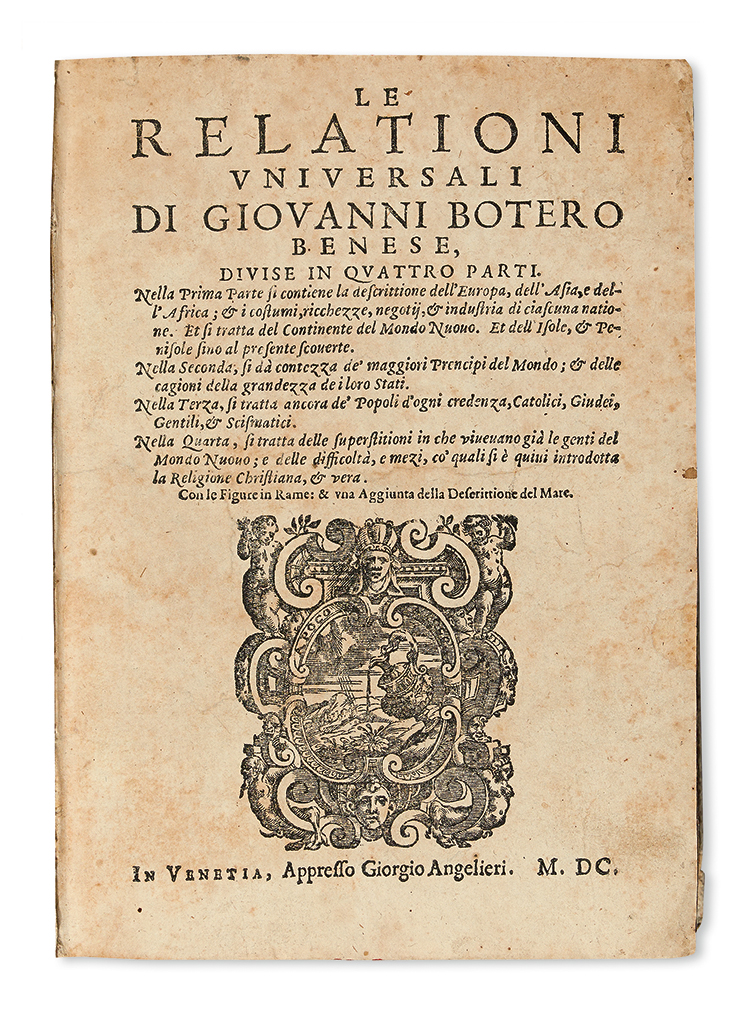 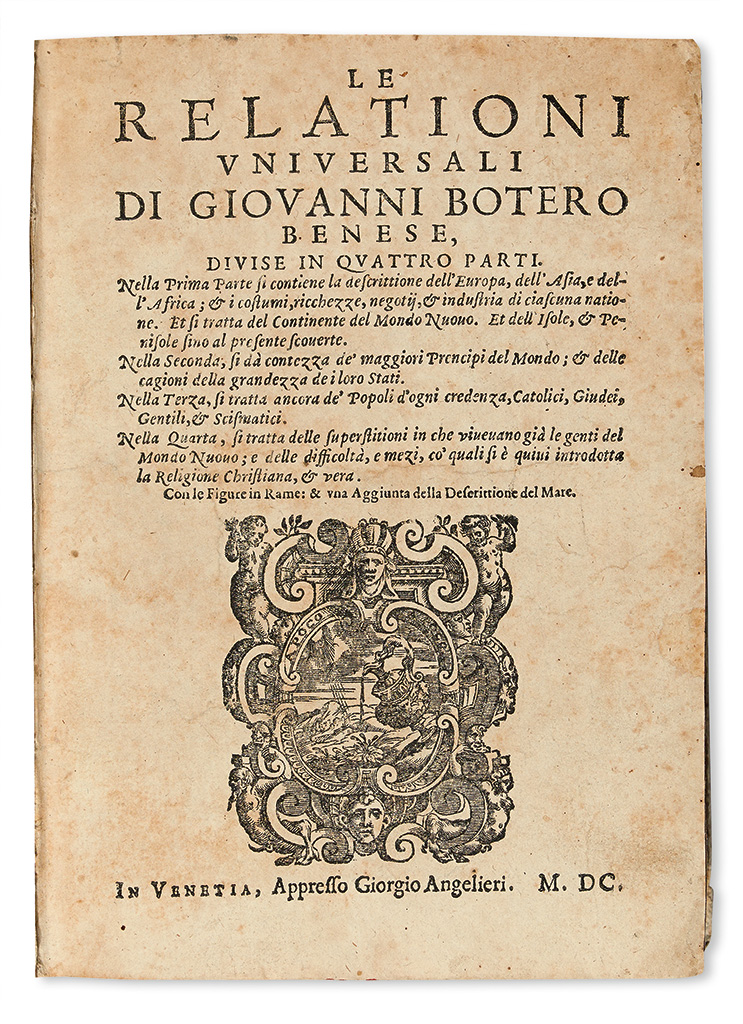 Titus & Vespasian, or, The Destruction o 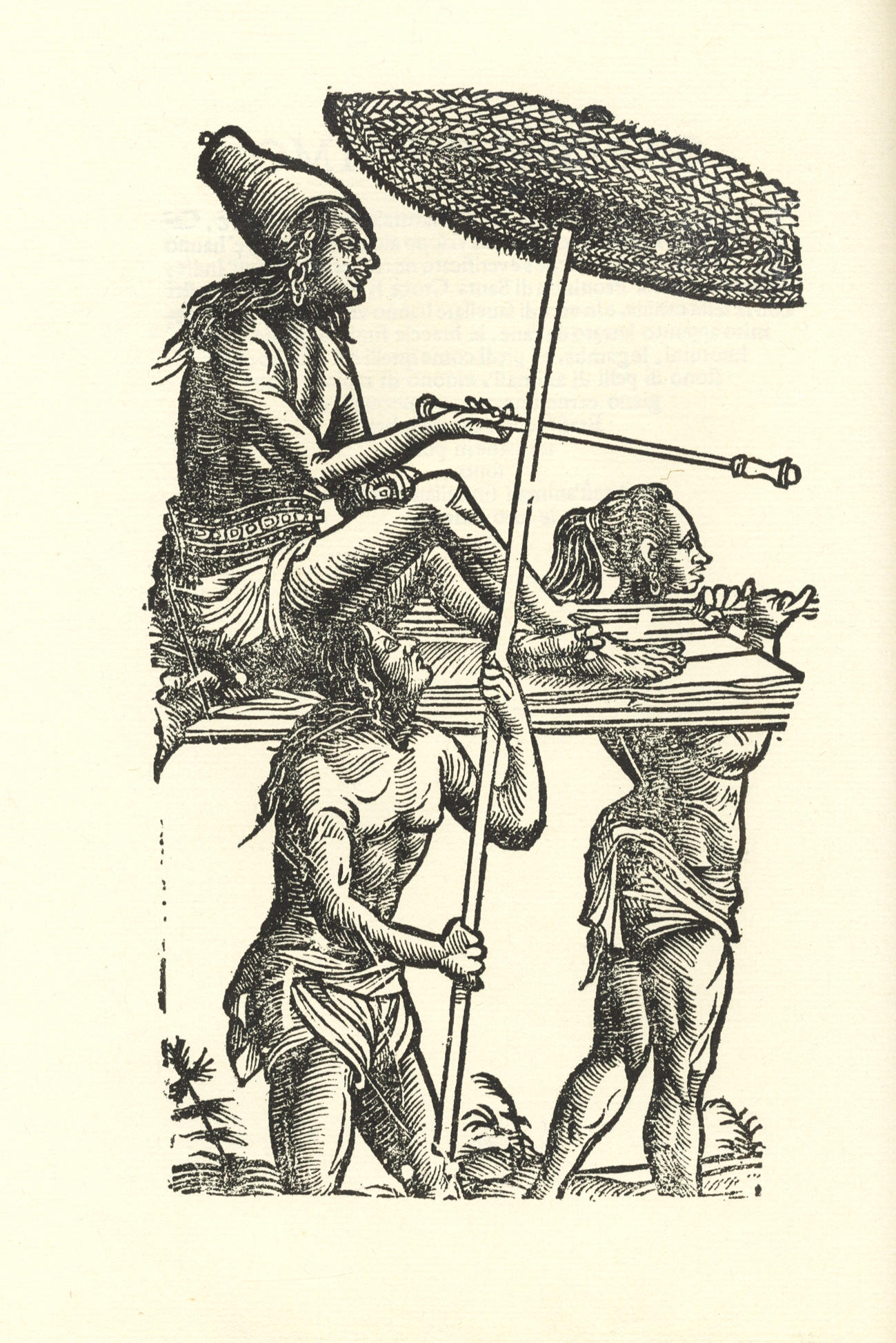