BURNEY, Fanny (1752-1840). and D'ARBLAY FAMILY - Album of twenty-six autograph letters and documents related to Fanny Burney and her husband, Alexandre D'Arblay, including Fanny Burney's correspondence with royalty and some military records of D'Arblay. 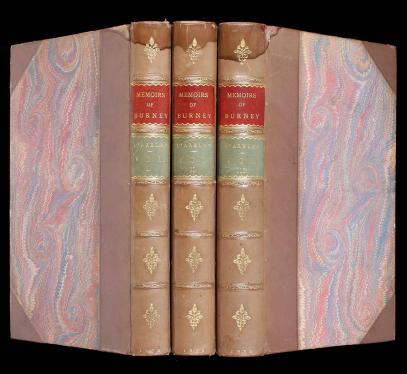 Memoirs of Doctor Burney, Arranged From

BURNEY, Fanny -- A collection of 13 lett

BURNEY, Fanny -- A collection of 8 lette