Chambertin Clos de Bèze, Grand Cru--Vintage 2005
12 bottles per lot
DOMAINE ARMAND ROUSSEAU The Domaine was started at the beginning of the 20th century by Armand Rousseau who came from a family of vignerons and wine-merchants. He had inherited through marriage several plots of vineyards in Gevrey Chambertin in the Cte de Nuits at the turn of the century. Gradually he increased the size of the Domaine with acquisitions of vineyards in Charmes Chambertin in 1919, Clos de la Roche and Chambertin in 1920 and 1921, Mazy-Chambertin in 1937, Mazoyeres-Chambertin in 1940 and the esteemed 1er Cru Clos Saint Jacques in 1954. Following Armand's tragic death in a car crash in 1959, his son, Charles Rousseau who had studied law and then oenology at Dijon University assumed control. Charles Rousseau instigated many improvements and investments, such as building two new cellars to increase storage capacity. Charles's son Eric and daughter Corinne have subsequently become involved at the Domaine and are responsible for producing some of the finest expressions of Pinot Noir coming out of Burgundy's world-famous Cte de Nuits. The Domaine currently owns approximately 14 hectares of vineyards planted only with Pinot Noir, including 8 hectares of Grand Cru vineyards all situated in the communes of Gevrey-Chambertin and Morey-Saint-Denis producing their world famous Grand Crus; Chambertin Clos de Bze, Chambertin, Mazy-Chambertin, Charmes-Chambertin, and Clos de la Roche; and their Premier Crus; Clos Saint Jacques, Les Caztiers and Lavaux Saint-Jacques. The vines are old with an average age of between 40 and 45 years and a planting density of 11,000 vines per hectare. Yields are kept low, at between 30 to 40 hectolitres per hectare, with bud removal and green harvesting. No chemical fertilizers are used and harvesting is done completely by hand. Vinification is traditionally Burgundian with 90 destemming, and fermentation for an average of 18 days in open-topped stainless steel vats with regular pumping over and pigeage. Fermentation temperature is controlled and does not exceed 33 degrees. Following alcoholic fermentation the wines are pressed in a pneumatic press, left to settle for 24 hours, and then transferred into oak barrels for the malolactic fermentation to take place naturally. The Chambertin and the Chambertin Clos de Bze are aged in 100 new oak with medium toast. The Clos Saint Jacques is put into between 70 and 100 new oak and the other wines are aged in either second or third-fill barrels. Ageing takes approximately 20 to 22 months and the wines are racked between 2 and 3 times. The wines are lightly filtered prior to bottling to retain as many flavour components as possible. There is no disputing the quality of their wines. Anthony Hanson writing in his book, Burgundy stated that Armand Rousseau "is one of Burgundy's great, traditional domains" and the wines are "harmonious, elegant, rich and individual". Neil Marten stated that "Some of the greatest wines I have ever tasted have born Rousseau's name, in particular outstanding Chambertin and Gevrey-Chambertin 1er Cru Clos Saint Jacques, the premier cru that merits promotion to Grand Cru more than any other. I also adore the Chambertin Clos de Bze" Chambertin Clos de Bèze, Grand Cru--Vintage 2005 Côte de Nuits. Domaine Armand Rousseau Offered in original packaging Tasting note: The 2005 Chambertin Clos de Beze offers alluring aromas of licorice, mint, vanilla, plum paste, cherry preserves and rose petals, and seduces the palate with silky, incredibly refined texture and several octaves of fruit, herbal, floral and mineral notes, leading to a reverberative finish in which fruit pit and stony, chalky elements lend a sense of dark, weighty authority and an umami-like, meaty savor promotes uncontrollable salivation. No layering or mixing of metaphors can hope to do justice to the layering and concatenation of flavors on display. With Eric Rousseau taking over increasingly from his father Charles, bottling may end up being slightly earlier than in 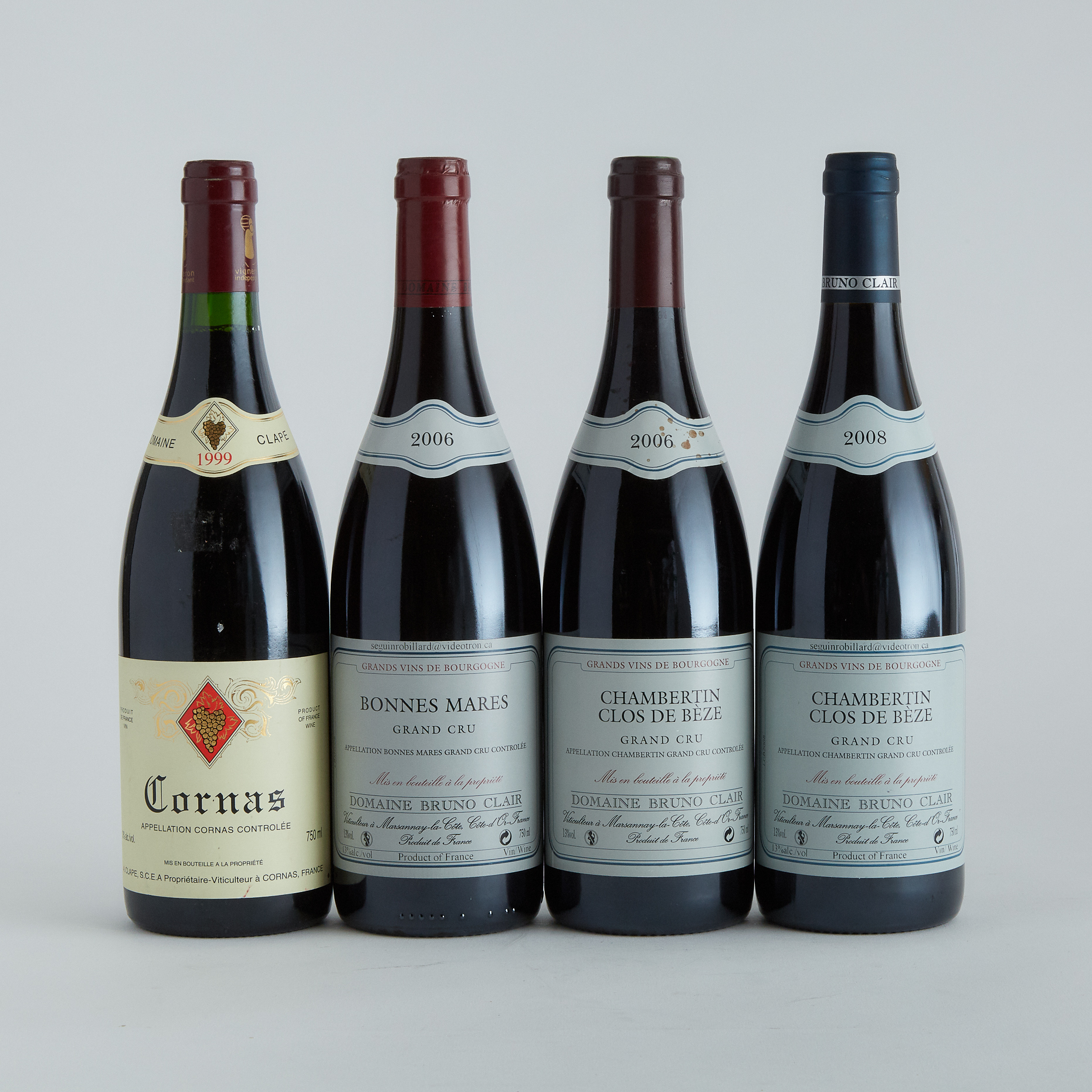