CHAMPLAIN, Samuel de (1567-1635). Les Voyages du Sieur de Champlain Xaintongeois, Captaine ordinaire pour le Roy, en la marine. Divisez en deux livres. Ou, Journal tres-fidele des observations faites és descouvertes de la Nouvelle France. Paris: Jean Berjon, 1613. 2 parts in 1 volume, 4° (236 x 175mm). Collation: ã, 4 , 2 ; A-Ss 4 Tt 1 ; a-f 4 g 2 . 2 folding engraved plates only (of 3, lacking Deffaite des Yroquois au Lac de Champlain , the first plate misbound), 7 folding engraved maps (of 8, lacking the large folding map printed on two sheets), 13 engraved illustrations, 1 woodcut illustration. (Marginal paperfaults to A3, M4, N1 and map facing p.118, map facing p.160 with tear at inner blank margin, small tear in outer blank margin of I2, some light old dampstaining.) Contemporary limp vellum, titled in ink on spine, kid ties (titling partly erased, most of one tie lacking). Provenance : Early inscriptions in a single hand ("Les Voyages de Champlain" on front free-endpaper and notes on 2 plates identifying their position). FIRST EDITION, SECOND PUBLISHED ACCOUNT OF THE VOYAGES BY THE FOUNDER OF CANADA, containing the relations of four voyages to America made between 1604 and 1613. On July 3rd 1608 Champlain founded what proved to be the first permanent French colony in America, Quebec. In 1615 he described, mapped and named Lake Huron; in all he made 9 voyages to the New World and in 1632 he was appointed Governor of New France. When he died on Christmas Day 1635, mourning was universal for, as the D.A.B. notes, "he had no enemies... His characteristics appear in his writings: he was simple, sincere, and steadfast, without ostentation and pride; he preferred life in the open to that of courts, yet he was no mean courtier and was respected by king and nobles alike. His appreciation of the natives of America was deep and sincere... His vision and foresight for the colony's needs earned for him the title of Father of New France." The large two-sheet folding map is missing in many copies: the total number and position of the engravings does seem to have been variable. This copy has the correct illustration on p.9 for example: in some copies the illustration on p.8 was repeated on p.9, necessitating the use of a pasted-on slip. It is interesting to note that the inscriptions would appear to have been made either by or for the binder. Church 360 (3 plates, 8 maps); Sabin 11835 (4 plates, 8 maps). 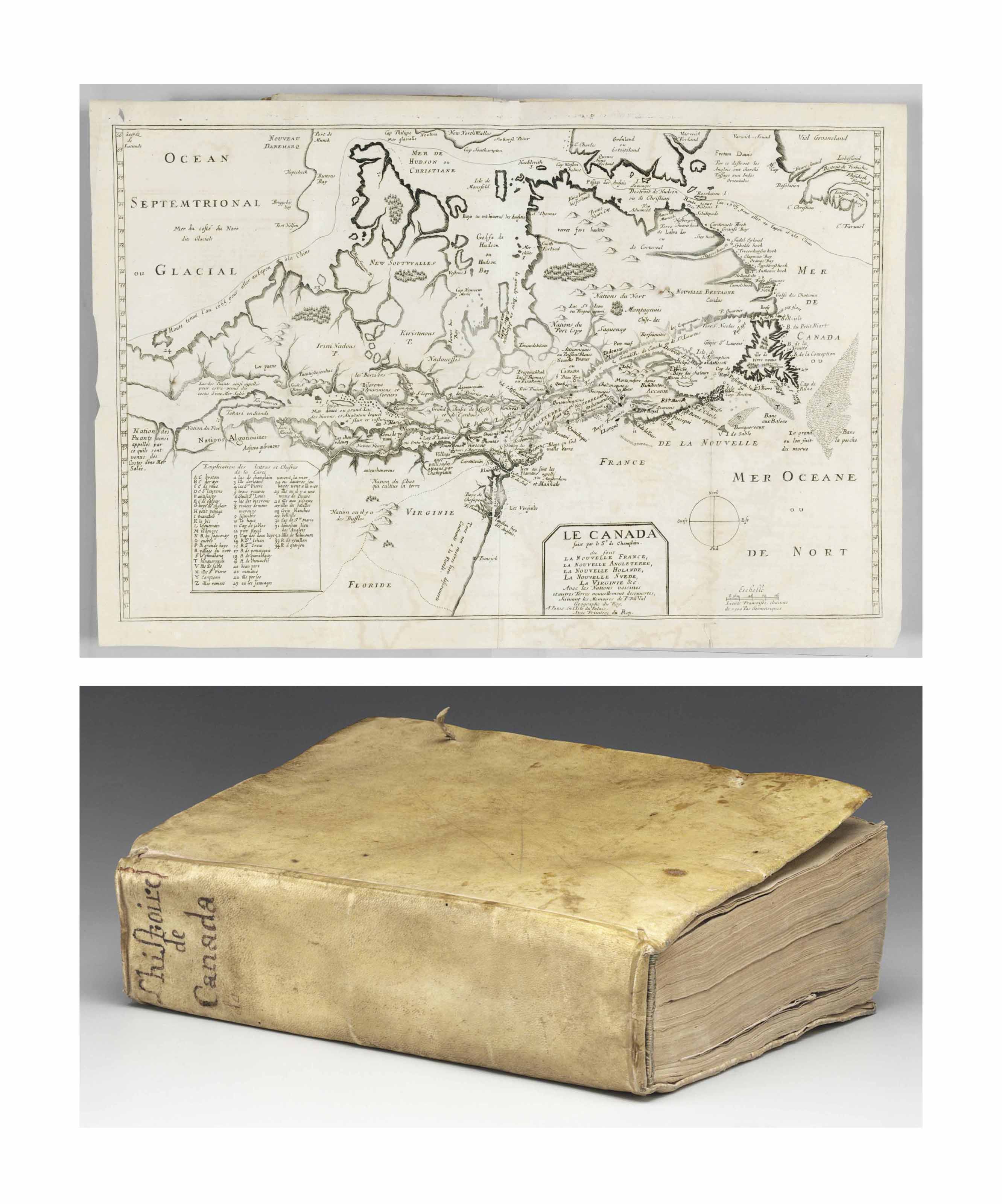 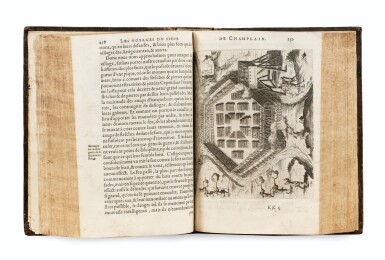