CHINESE PORCELAIN LION PAIR Kangxi Period, Late 17th century AD An opposed pair of green-glazed ceramic figurines of crouching lions each with the head turned and mouth open, tubular socket to the rear. 97 grams total, 62-63mm (2 1/2"). Fine condition, some dulling of glazed surfaces due to seawater exposure. [2] Provenance From the 'Blue Chrysanthemum Wreck'; lost in the South China sea, late 17th century AD, recovered 2014. Published Accompanied by a copy of the initial wreck report plus a DVD on the wreck site and the material recovered. Footnotes The Early Kangxi Shipwreck & Cargo Analysis of survey material and cargo samples from the wrecksite together indicate that the ship was engaged in exporting very high quality Chinese porcelain made in the 1660s, probably on behalf of the Dutch East India Company (VOC). The wares are predominately Jingdezhen blue and white porcelain, although multicoloured ceramics and utilitarian wares are also in evidence in the cargo. Some items are display wares while others were intended for use. The cargo included a large 'Gu'-shaped vase - a remarkable piece, illustrating a western square rigged merchant ship, by the flag almost certainly a Dutch Ship, and possibly representing the very ship that was to carry the cargo. Survey results suggested that this find is by far the highest quality Chinese antique shipwreck cargo from this period yet recovered in South East Asian waters. Chinese Early Kangxi Blue and White Porcelain The samples recovered from the shipwrecked cargo are exclusively Chinese ceramics, in the main blue and white porcelain, all assessed by experts to be excellent examples of early Chinese Kangxi in origin of a quality indicating they were manufactured in the famous porcelain centre of Jingdezhen in the Jiangsu Province. Jingdezhen kilns made porcelain over two millenia, since the Han Dynasty period. Jingdezhen kilns supplied the most artistically advanced ceramics to the world for centuries. Blue and white porcelain was the most famous product of Jingdezhen, and reached the height of its technical excellence in the early Ching Dynasty. The best examples of Chinese Kangxi blue and white porcelain are superb and rival any other Chinese blue and white wares produced during other periods. The shipwreck pieces recovered are typical of the highest quality blue and white of the Kangxi period, characterised by charming sophisticated designs. They also demonstrate a great technical expertise in the production of a brilliant under-glaze in sapphire blue, applied in five or six tones to produce a vibrant, dimensionally nuanced effect, together with a fine thin attractive white (or slightly bluish) silky glaze applied to a stark white and finely formed body. The very high quality cobalt blue colouring, distinctive on the early Kangxi period fine porcelains where it is referred to as 'gem blue' or 'kingfisher blue', is much purer and brighter than that of Ming Dynasty wares. The pieces provide an insight to range and quality of the wares carried by the ship, including some charming figurines as well as a delightful variety of vases, plates, bowls, bottles, jars, teapots, cups with saucers, and other items. Large pieces were uncommon during this period, their manufacture being made technically difficult by quality control requirements. Designs were sometimes based on Buddhist and Daoist themes, or sourced from illustrations of Ming stories such as 'The Three Kingdoms' or 'The Romance of the West Chamber', together with the dramas 'Xixiang Ji' and 'Wui Hu Zhuan'. Chinese Kangxi blue and white porcelain was increasingly varied and innovative in its designs. The influence of Dutch and other European shapes and designs were in evidence prior to and during the Kangxi period. The very high standards achieved early in Kangxi’s reign, evident in the samples recovered from the shipwreck, mark the high point of quality for Chinese blue and white ceramics. Quality declined in the later stages of 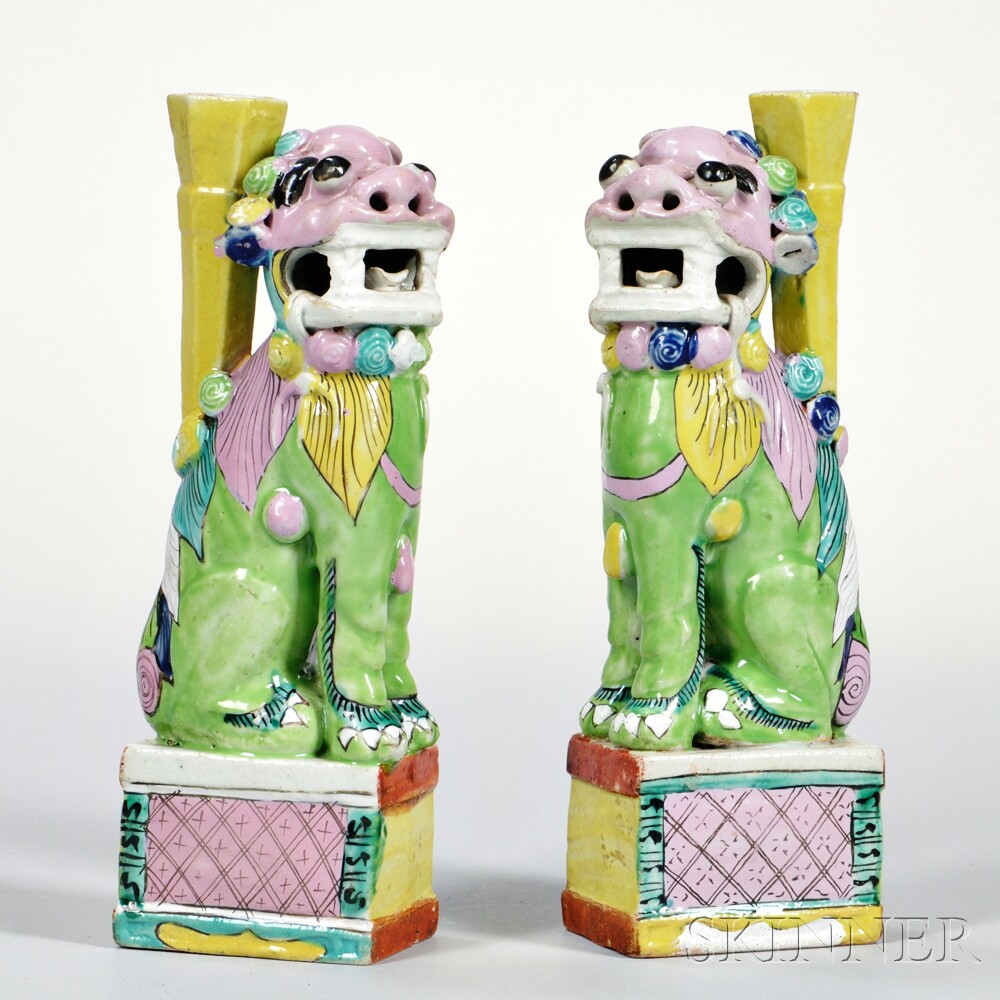 A PAIR OF FRENCH ORMOLU-MOUNTED CHINESE

A PAIR OF FRENCH ORMOLU-MOUNTED CHINESE

A PAIR OF ORMOLU-MOUNTED BLUE-GLAZED CHI 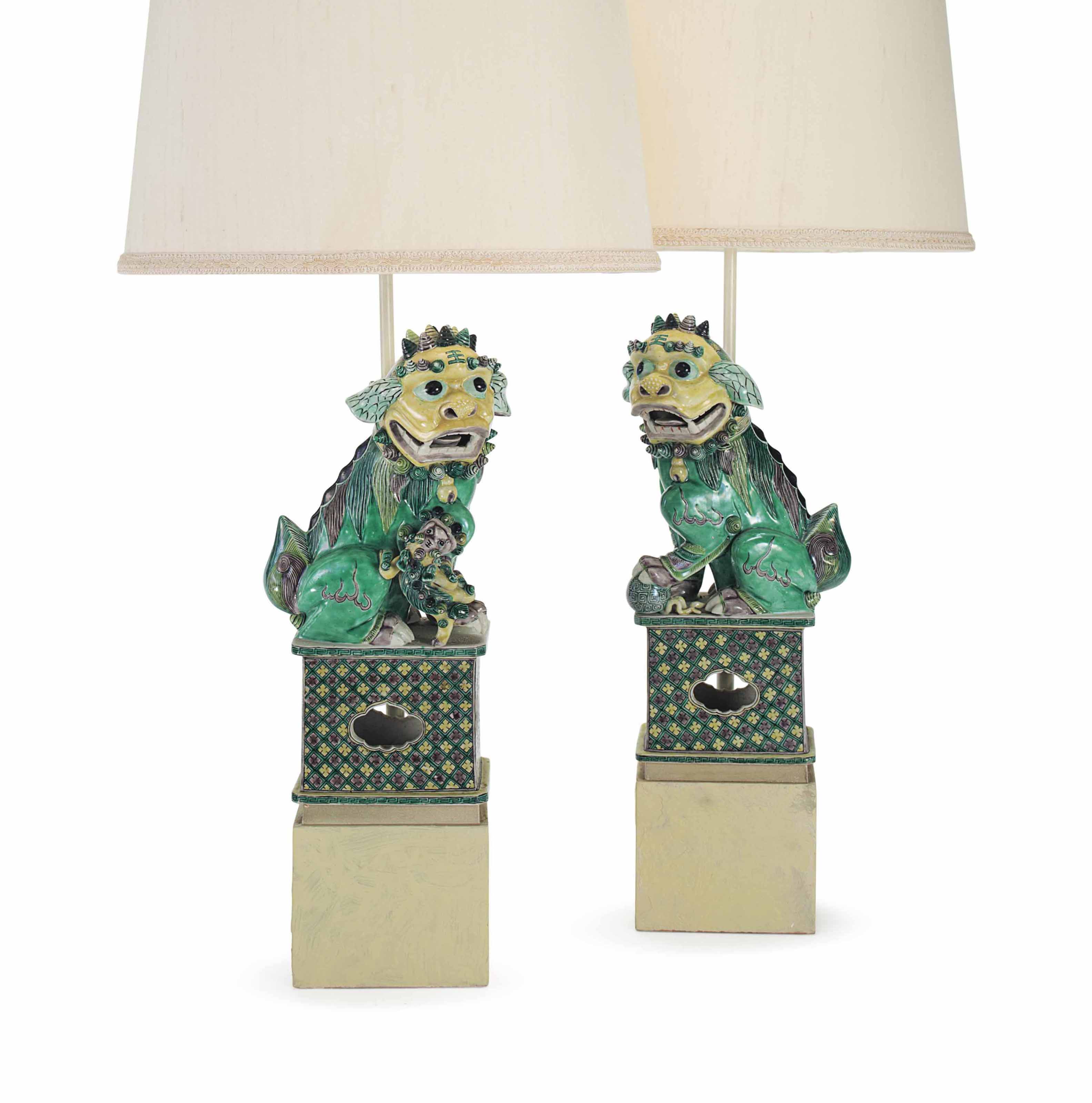 A PAIR OF CHINESE PORCELAIN AND CREAM-PA