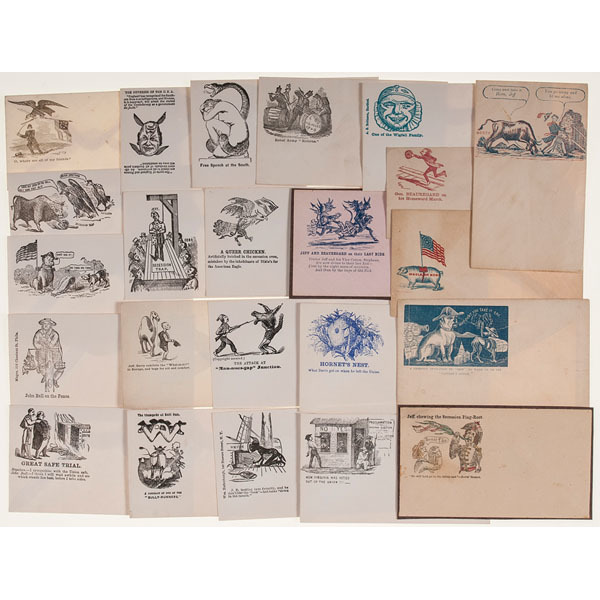 Lot of 154. Includes: "No traitor's flag shall tarnish thy golden dome with its rebellious shadows." Image of Boston State House. "No Compromise with Traitors. Rebellion Must be Put Down." With flags and other patriotic symbols. "Lieut Frank Brownell, who shot Jackson." Image of Liberty mourning by a pedestal marked "Ellsworth." With "Defender of the Stars and Stripes: a Nation mourns the Loss. / A Nation's Tears they Memory shall Bedew." Image of Ellsworth with flags and other symbols, with quote from his last letter: "Whatever may happen, cherish the consolation that I was engaged in the performance of a sacred duty." One with a patriotic cockade, trailing r-w-b ribbons with Union, Constitution, Liberty. One has images of many different uniforms, many Zouaves. Another with "Camp Scene" and 4 men in colorful Zouave uniforms lounging around. Several with specific units: Gosline's Zouaves, Birney's Zouaves, etc. Many with Lincoln, and most of the Union high ranking generals. Plus Lincoln mourning covers with black borders or drapes. One with a full envelope covered with "Battle of Bull Run, July 21st 1861." A few covers stamped "Prisoner." Some businesses issued their own covers, one with a flag and "The Union Forever," also advertises "Cline's Vegetable Embrocation." A number with Southern sympathies: seals of Mississippi, South Carolina, Arkansas; Jefferson Davis; various Confederate battle flags. A series of numbered "Secesh Chains" with Confederate officers within the oval formed by the chain: Bonham, Price, Parsons, Buckner, Bragg, MaGruder, Floyd, Johnston. A series called "Uncle Sam's Farm and How They Lived There." Various characters with labels, such as a rat labeled "Secession," a dog labeled "Jeff," a cow (with a crumpled horn) labeled "Scott," etc. No. 9 in the series: This is the Parson (Washington) now dead and gone that married the man all tattered and torn to the maiden all forlorn who raised the cow with the crumpled horn that tossed the dog that worried the cat that killed the rat that eat the malt that laid in the house that Uncle Sam Built. Many with cartoons: "J.D. (Jeff Davis) looking into futurity, and he don't like the 'look' - but looks 'down in the mouth.'" With Davis looking down the mouth of a cannon labeled "Union." Or "Hornet's Nest. What Davis got when he left the Union." Or "Jeff and Beauregard on their Last Ride" showing the two being carried by devils. And many, many more - many with flags, and eagles, and martial symbols, etc. A collection well underway for a new collector! Condition: Variable, from near new to moderately toned and/or soiled. 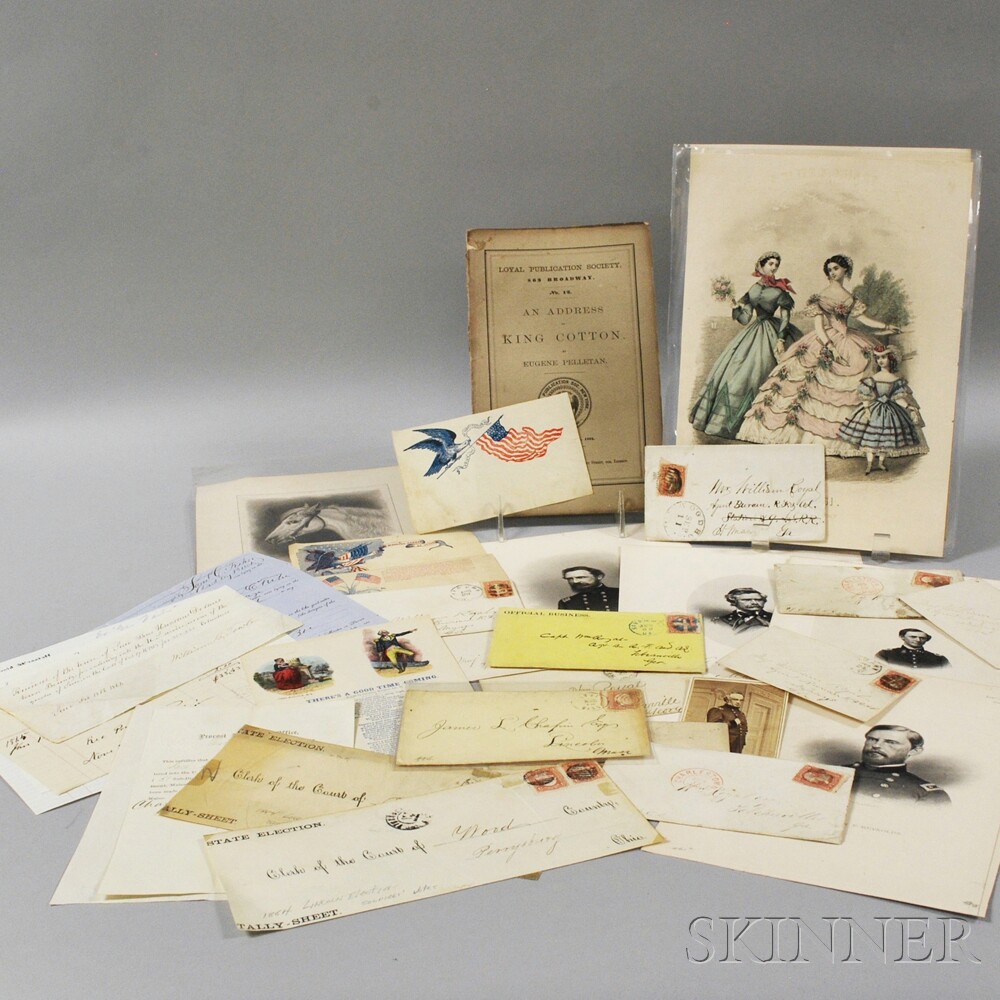 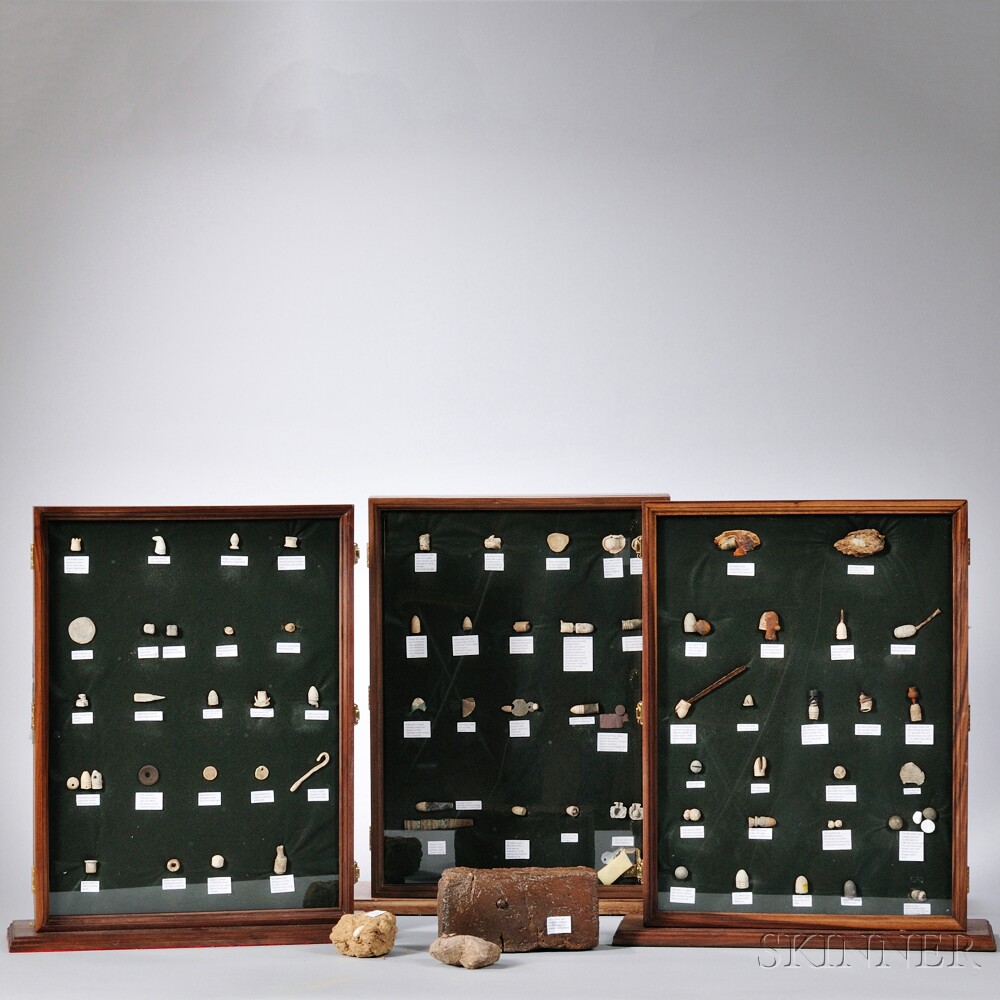 Album with a Collection of Civil War Era 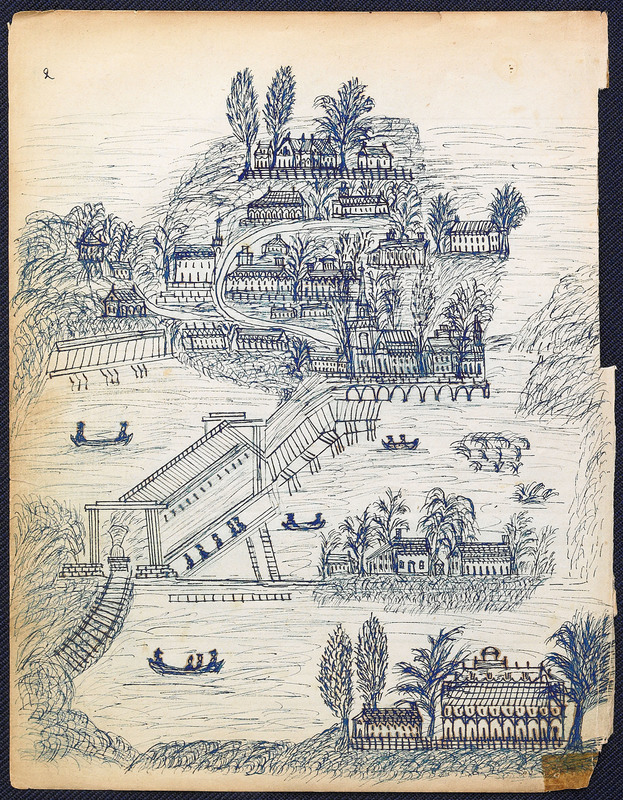 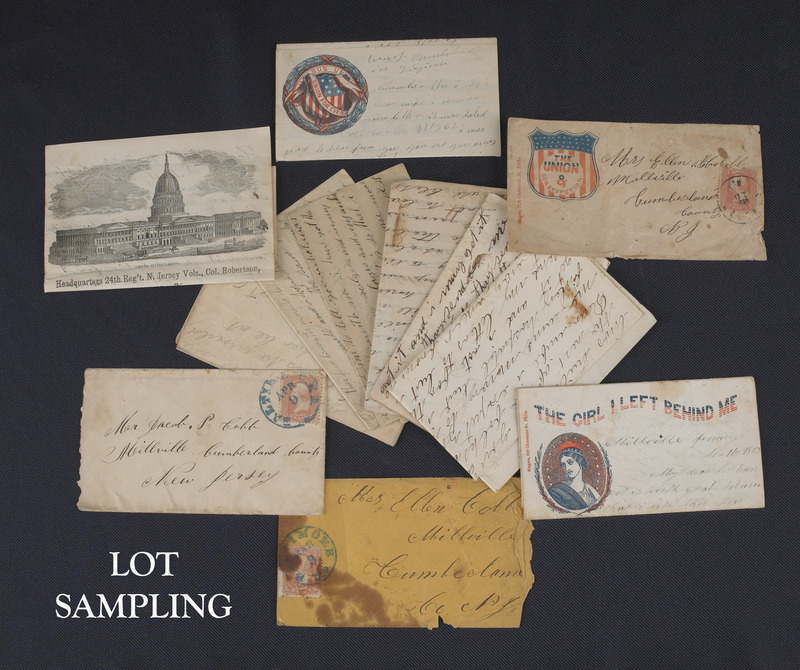 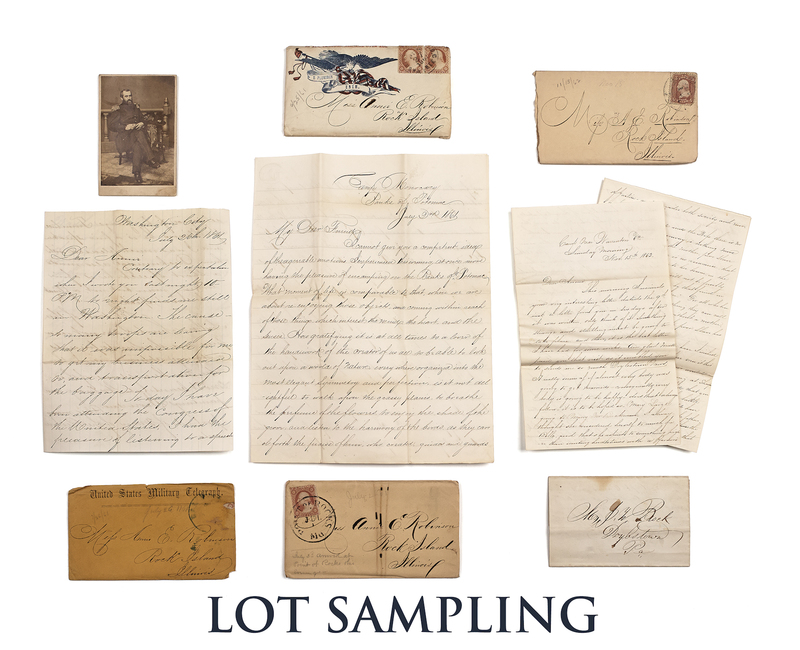 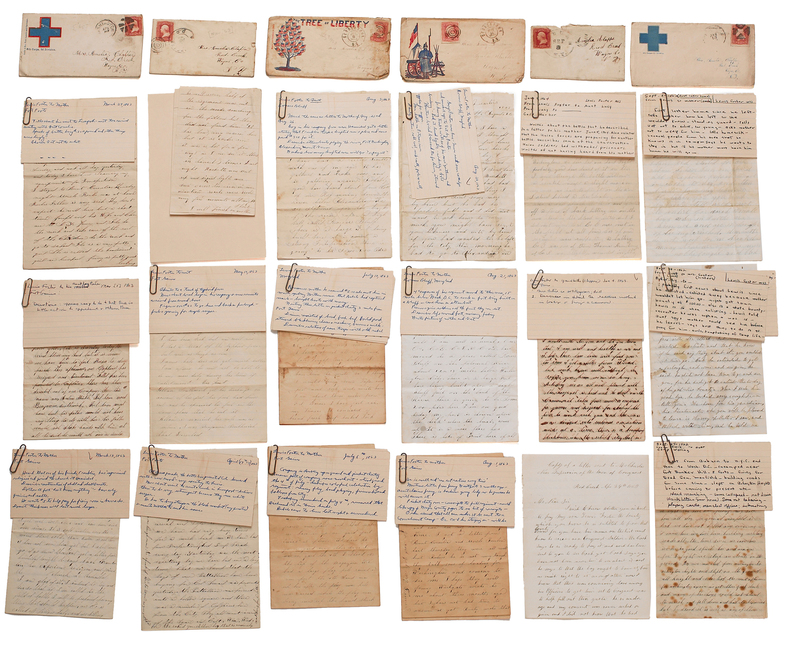 Collection of Civil War letters to and f 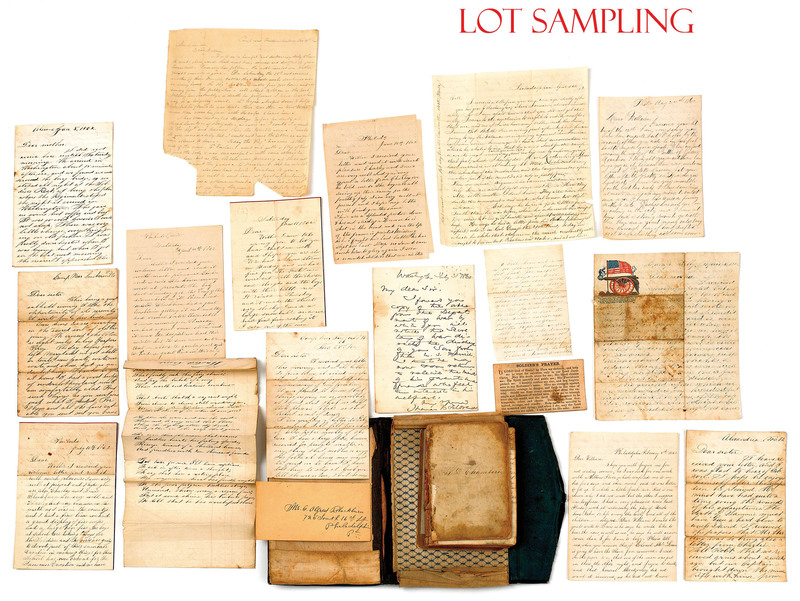 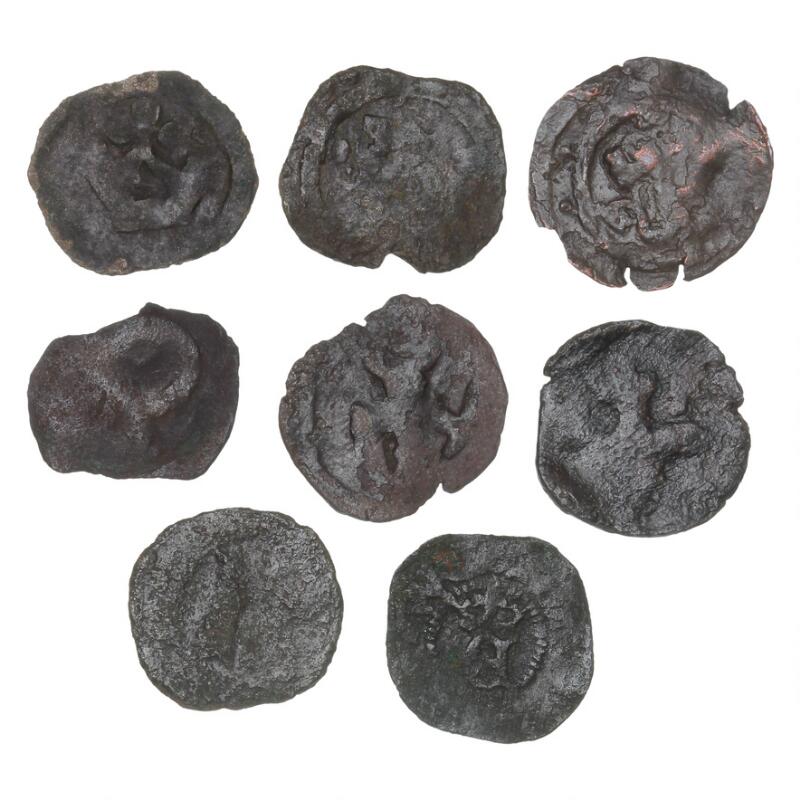 Collection of civil-war coins, 7 pcs, an

USA, collection of Civil-War tokens and 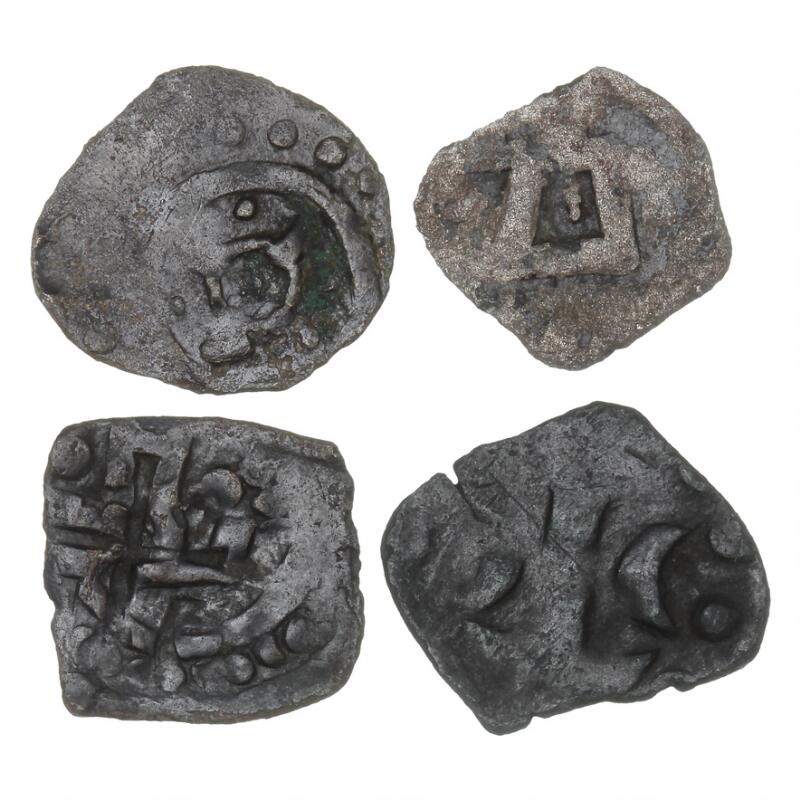 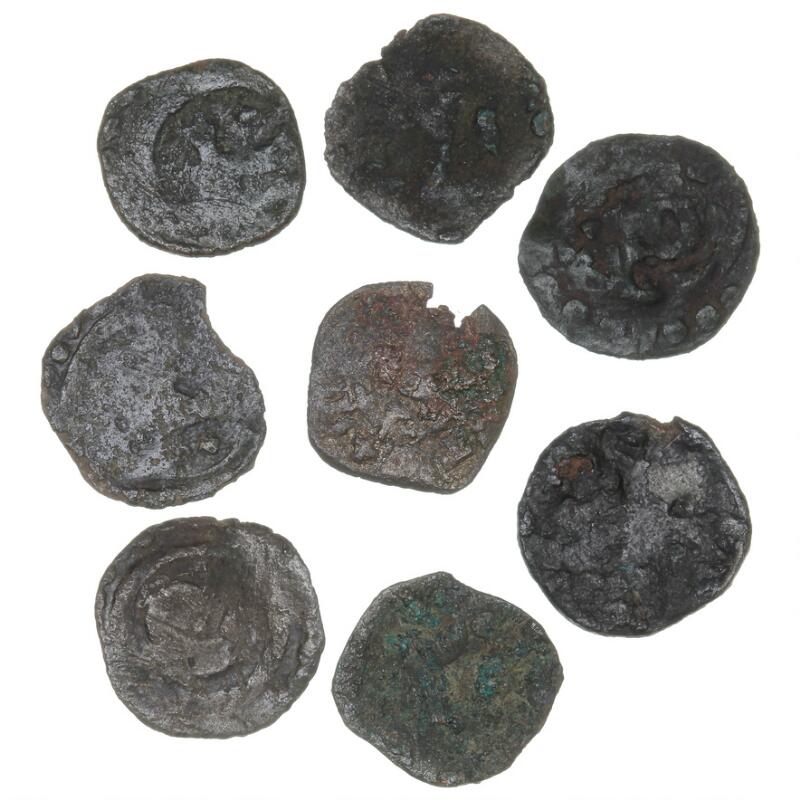