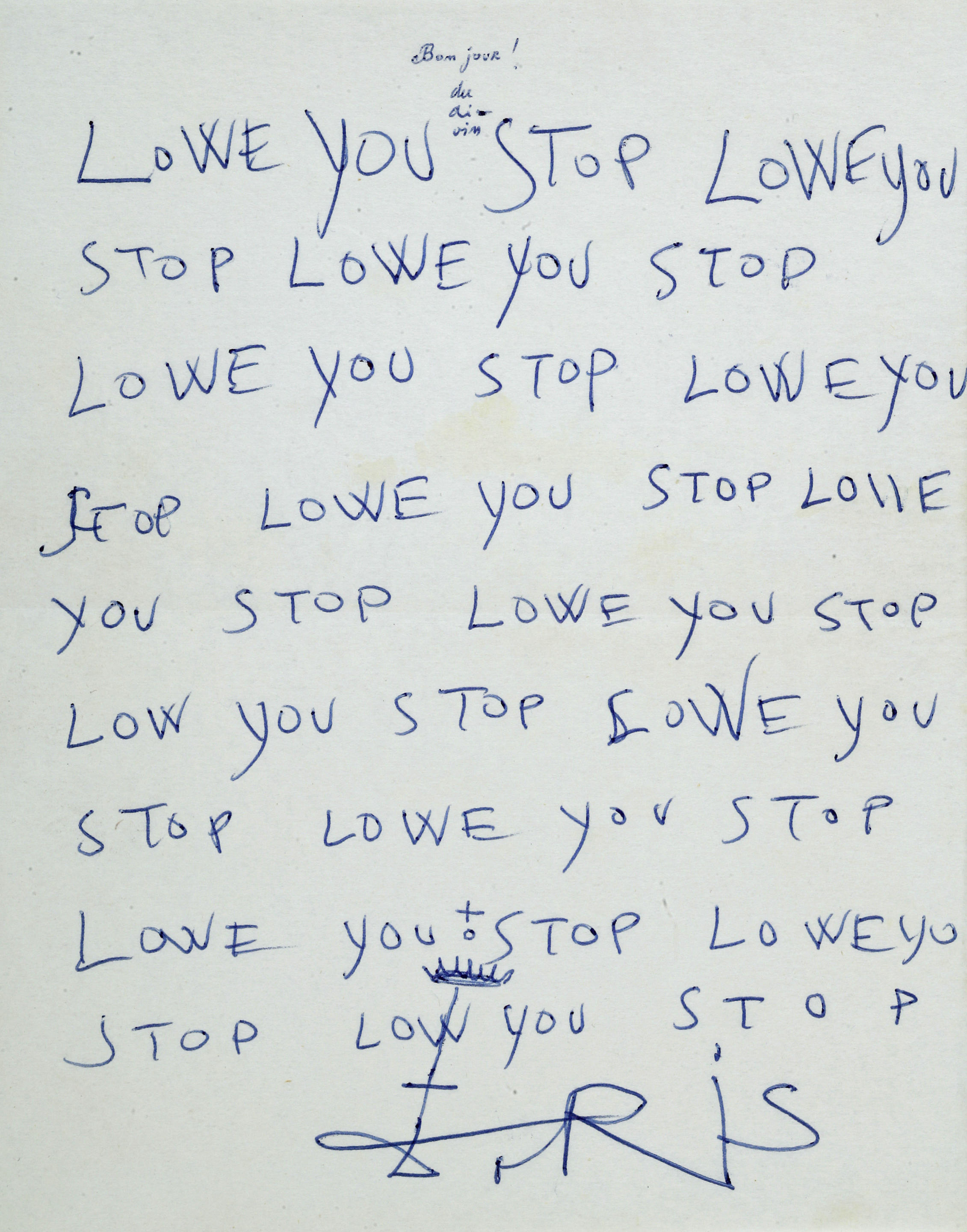 Collection of correspondence from Gala and Salvador Dali, 1964, to William Rothlein, comprising: 1. Autograph Manuscript Poem Signed ("Dali"), 1 p, 8vo, "LOVE YOU STOP ...." 2. 9 Autograph Letters Signed from Gala to Rothlein, with 8 original envelopes. 3. 18 Telegrams from Gala to Rothlein. 4. Typed Letter Signed ("Dali"), 1 p, 8vo, November 22, 1964, with manuscript corrections, to Rothlein's father, with carbon copy of that letter with manuscript correction by Gala. 5. Telegram by Dali, May 23, 1964, 4to, to Rothlein. William Rothlein modeled for Dali during the summer of 1964 and then became Gala’s lover, though she was almost five decades his elder. “[Gala] used to say that the only men in her life who had truly pleased her were Paul Éluard and a lover named William Rothlein…” (Jane Kramer, Vogue, March 2005). Dali felt a fatherly affection for Rothlein, whom he thought bore an uncanny resemblance to himself as a young man. In fact, Dali proposed that Federico Fellini make a film after his The Secret Life of Salvador Dali with Rothlein in the starring role. In the fall of ’64, Gala and Rothlein drove to Rome to make a screen test for Fellini, who offered the aspiring actor a part in Juliet of the Spirits. Gala, however, persuaded Rothlein to turn it down. Rothlein’s reaction was to expose their relationship by kissing Gala in public, the photos of which attracted unwanted publicity for the Dalis. Dali may have condoned the affair while it was still a private matter, but after it came out, he dispatched Rothlein to New York. Gala grew obsessive. The present archive documents Gala’s concerns that Rothlein arrive safely in Spain, and later the fall-out that occurred when their affair became fodder for the paparazzi. She offers career and motherly advice even as she plans to reunite with him in Manhattan. Taken together, these letters and telegrams constitute a fascinating record of a turbulent interlude in the lives of this sensational couple, culminating with Dali’s poem to Rothlein (“Love You Stop…”), a poignant and ambivalent plea to his young model. See illustration. 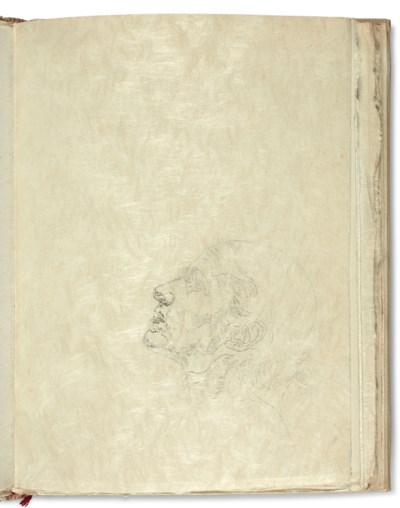 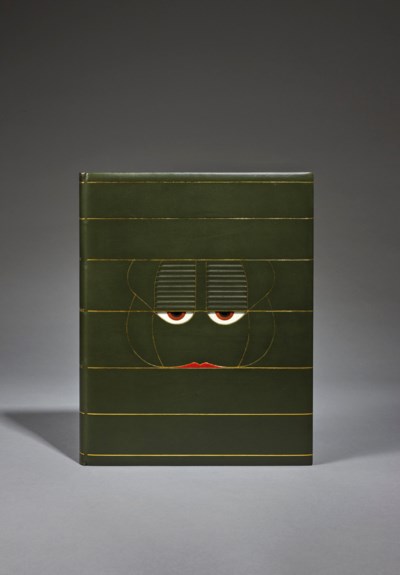 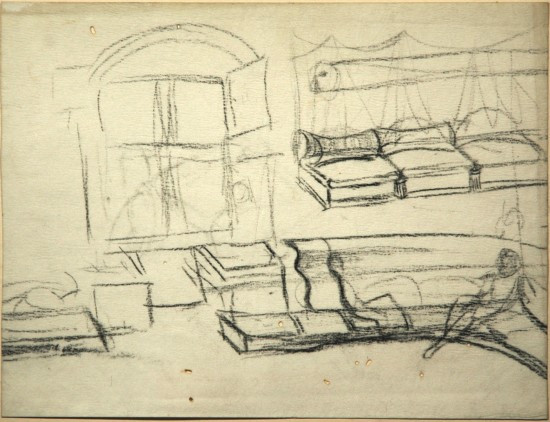