Collection of printed posters and hand-illustrated leaves in honor of Emperor Franz Joseph I and his family. Most are from Jerusalem, late 19th-early 20th century: · Two leaves hand-decorated by Solomon Rohald, scribe of the Jaffa Beit Din: Leaf in honor of the 80th birthday of Emperor Franz Joseph I, August 1910. Another leaf in honor of his 81st birthday, August 1911. Calligraphic writing, partially in gold ink. · Hand-decorated leaf, written by R. Yisrael Yudel Goldberg, in honor of the son of Emperor Franz Joseph, Crown Prince Rudolph, with mention of Rudolph's visit to Jerusalem [in 1881] and the gift he gave to Rudolph on that occasion: a grain of wheat with micrographic writing of the verse "Land of wheat and barley…". [See enclosed material]. [Jerusalem]. Hebrew, with decorated letters, some in gold ink, and a German letter. · "Heavy mourning befell Jerusalem residents who bask in the shadow of our eminent Austria-Hungarian government" - a printed proclamation (20X28 cm.) regarding the death of the Crown Prince Rudolph [who committed suicide in January 1889]. The proclamation calls for prayers on the 4th-5th of Adar Rishon for peace to the kingdom, with the prayer text. · "Heavy mourning befell Jerusalem residents who bask in the shadow of our mighty Austria-Hungarian government" - Printed proclamation (29X46 cm.) calling for prayer following the murder of Queen Elisabeth Amalie Eugenie, wife of Franz Joseph I [murdered by an Italian anarchist in September 1898]. "The sun has suddenly set by a terrible awful tragedy… Heavy mourning and tribute by all the children of Austria-Hungary who reside in the Holy City in all their synagogues and in the Gates of Heaven, the Western Wall, to pour entreaties for her pure soul that it should rise to the source of its creation…", with a prayer for the ascent of her soul and for peace to the Emperor. · "Jubilee for the members of our Austrian-Hungarian Kollel" - Large printed proclamation (47X60 cm), calling for prayers for the peace of the kingship on Thursday, August 18, 1910, on the occasion of the 80th birthday of "Our mighty gracious compassionate king" Franz Joseph I. Noted in the margins: "The Austrian flag should be raised upon the entrances of shops and homes". Printed by R. S. Zuckerman. Printed in red and green ink. The Emperor's name is printed in the center in large golden letters. Stamps of "Elazar Natan Kahaner Shapira" and the kollel's stamp. · "Notice to the members of our Austria Galicia Kollel" - Large printed proclamation (46X58 cm), call to gather for prayer in the Zion HaMetzuyenet Beit Midrash on Thursday August 17, and Friday August 18, in honor of the birthday of "Our virtuous compassionate His Majesty King Franz Joseph I". Printed in purple ink, the Emperor's name printed in large golden letters in the center. Printed by Moriah - Sheinbaum-Weiss. Stamp of "Elazar Natan Shapira Manager of the Austrian Galicia Kollel Congregation…". · "Notice to our Austrian Hungarian Kollel" - Printed proclamation (33X51 cm.). Call "In honor of the Kingdom", with the participation of the Austrian consul and his deputy, on Friday August 17, for prayer on behalf of the Emperor and King Karl - on "our King's birthday" and for a prayer "On behalf of His Majesty the Sultan in whose virtue we dwell in peace". Printed by Sheinbaum-Weiss. The kollel's stamp. Printed on Ottoman tax stamp. · "Heavy mourning for all members of our Austrian Hungarian Kollel" - Printed proclamation (29X47 cm), on the death of Crown Prince Franz Ferdinand and his wife the Princess, following the "terrible and awful calamity which suddenly befell them yesterday on June 29 1914" [murder of Archduke Franz Ferdinand, nephew of Emperor Franz Joseph in the city of Sarajevo which triggered the outbreak of WWI]. A call to gather at the Western Wall for "heavy mourning and tribute" and entreaty for mercy on behalf of the kingdom of Emperor Franz Joseph I. With the kollel's stamp. · "In honor of the day" - Large pri

Collection of Documents, Posters and Pub

The following seven lots are a collectio 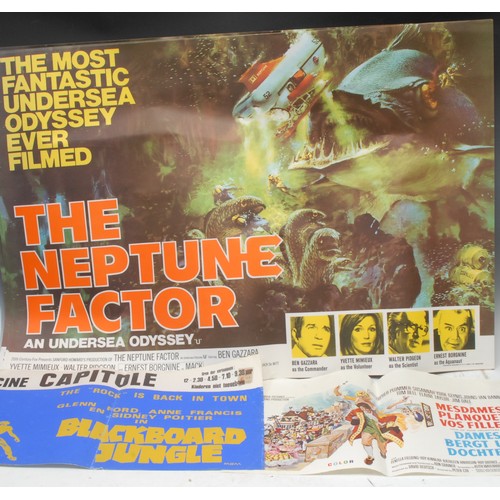 Cinema - a collection of film posters, i Collection of Election Posters of the Po

Collection of Documents, Booklets and Bo

Collection of Posters, Placards and Flye 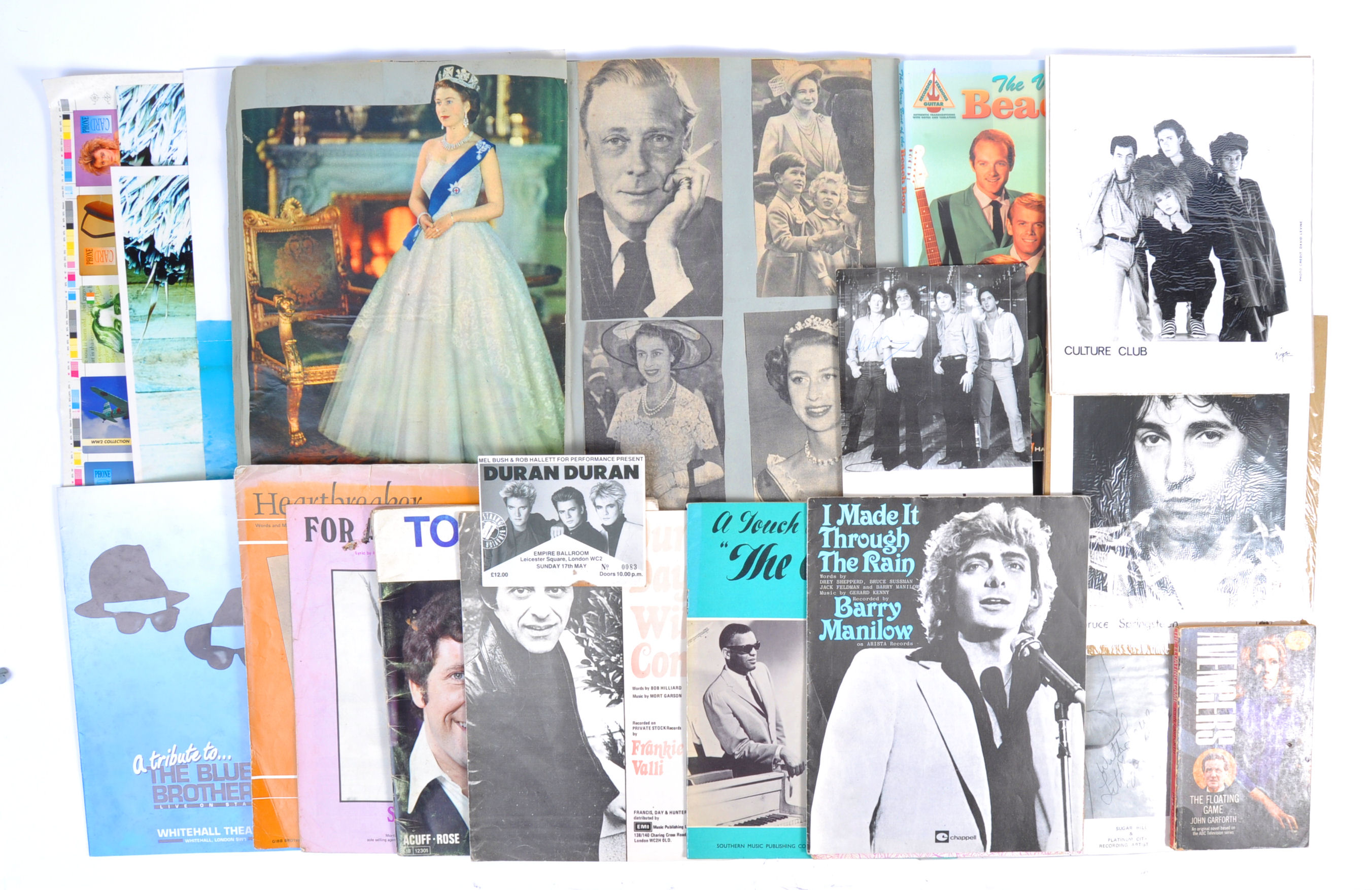 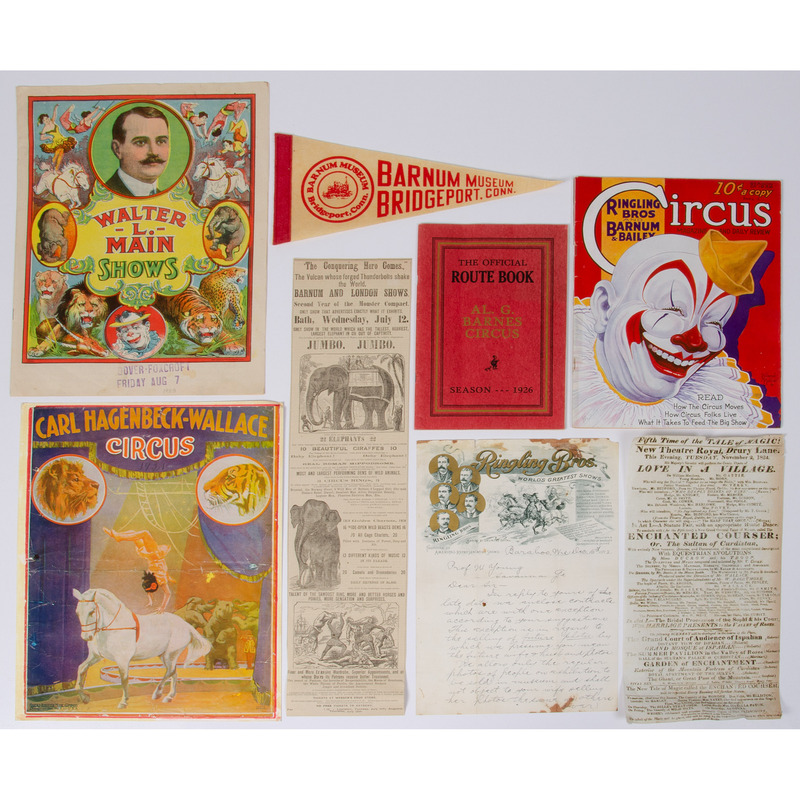