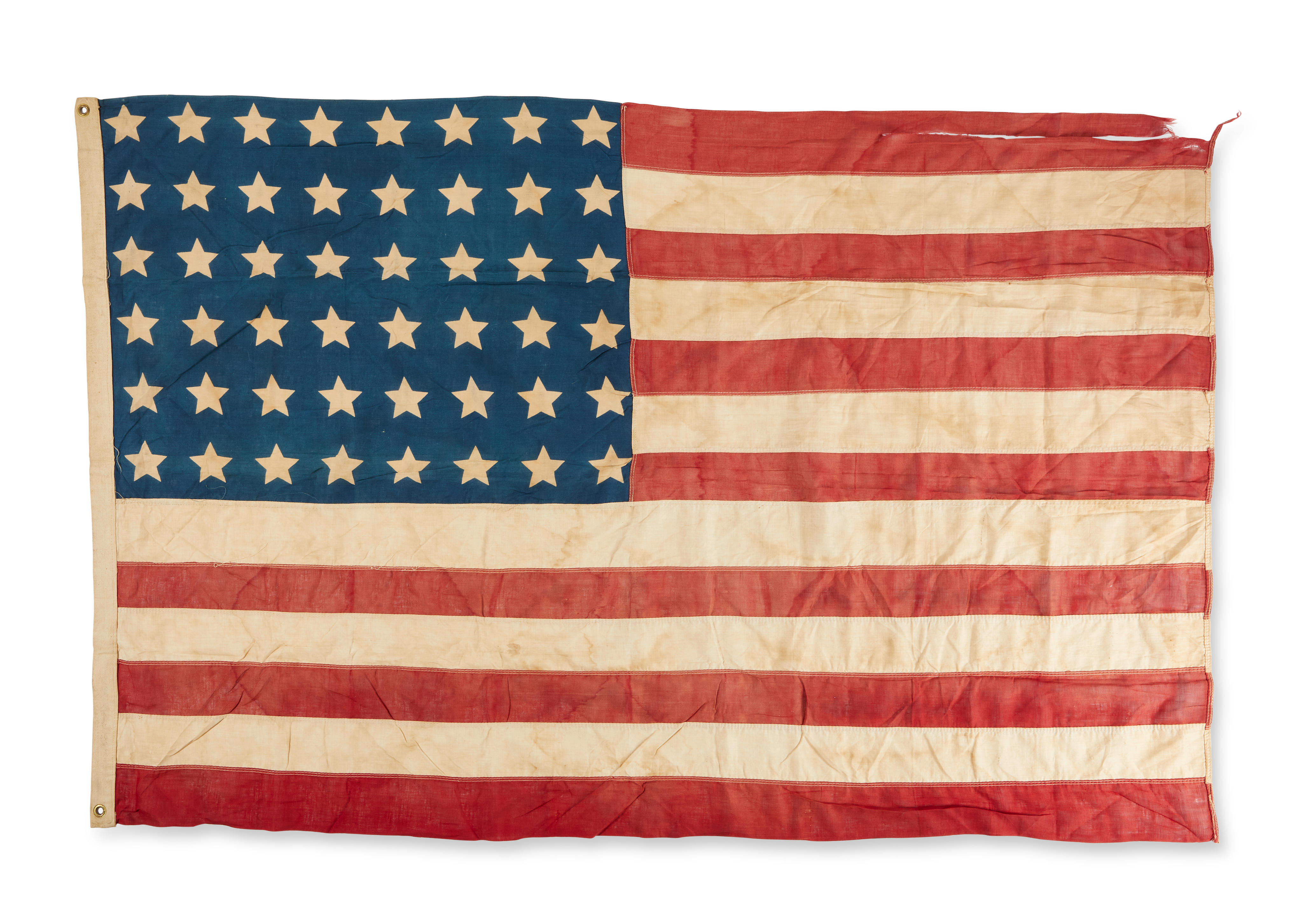 McFadden, Edward Zane "Mack". 1922-2002. [carried by McFadden into Normandy late May 1944.] A 48-star American flag, lightweight cotton. 990 x 1500 mm. (39 x 59 inches.) Slightly discolored through age, the fly blown out at upper right corner. Provenance: Edward "Mack" McFadden; by descent to his daughter (provenance note); Gift to a family friend; Gift to a US military employee. An historic flag carried into France tucked into the shirt of a Ranger. Edward Zane "Mack" McFadden, was a US Army Ranger from Bartholomew County, Indiana, trained as a Ranger both in the US with the 101st Airborne Division in Camp Hale, Colorado, and in Plymouth, England with the Red Devil Brigade. Mack owned this flag and carried it into Europe, as a personal momento/good luck charm, on all his missions in World War II. Before D-day Mack parachuted into Normandy behind the lines as part of the Red Devil Brigade Special assault G2 section. They were a sort of "Black ops Commando team", faces blacked up, and above all highly trained. Mack is in a very famous picture of Eisenhower addressing Army Rangers before parachuting into France before D-day. The story is told by the family, how, on one of his missions, as he jumped first out of his plane, at that same moment the plane was hit by enemy fire, and its occupants killed outright, and he received shrapnel injuries to his face and hands, but landed safely. For Operation Neptune ,his unit was sent in several days early, to establish glider landing sites behind the Utah beachhead and to reconnaissance the situation of Utah Beach, and report back any developments to HQ. Mack received 8 medals for his exploits in Europe, including the Belgian Fourragere, Award of the Croix de Guerre, Purple Heart, and the American Defense Medal, and he was a member of the VFW, 101st Airborne Division Association and 2nd Cavalry association. 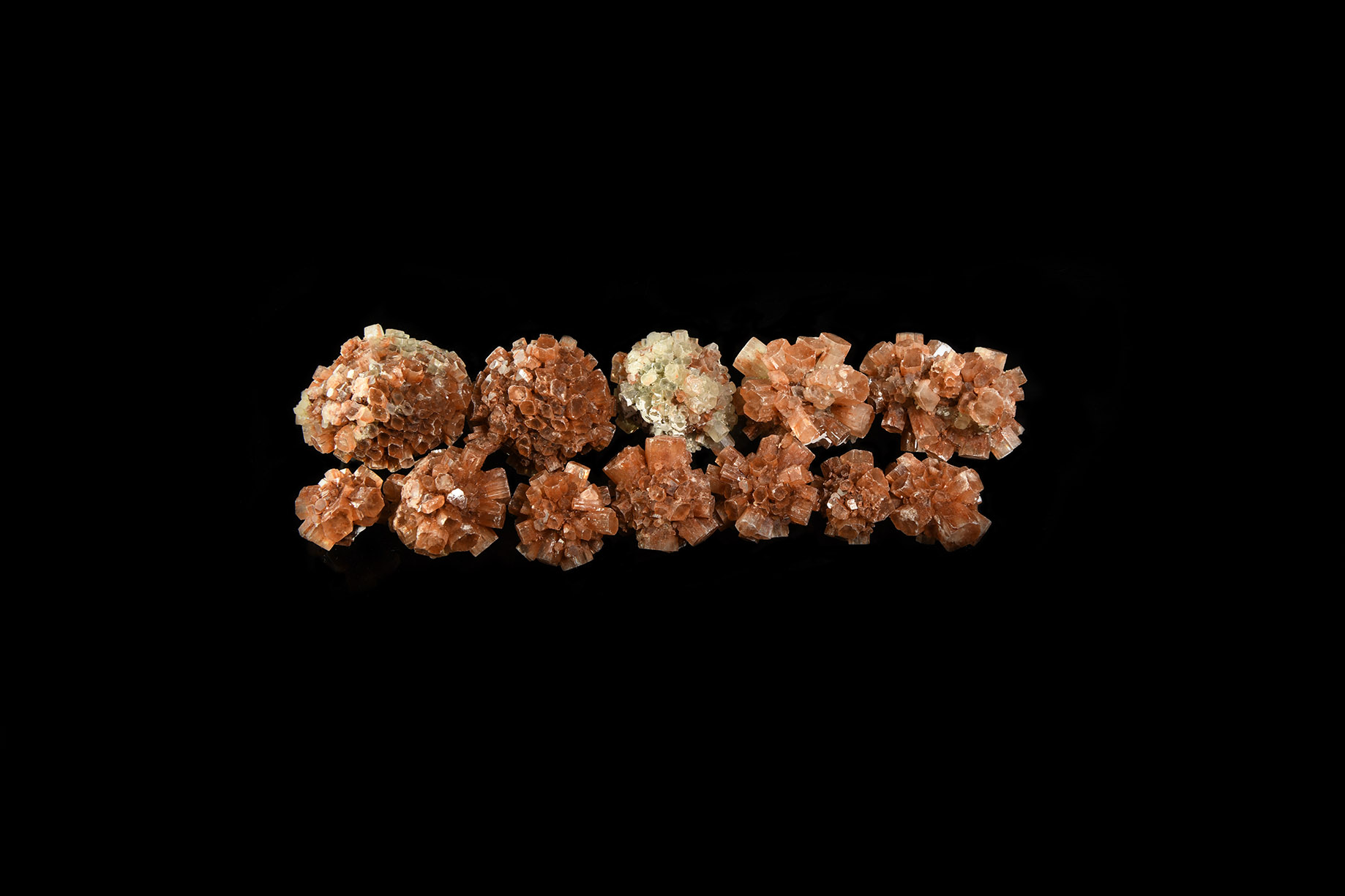 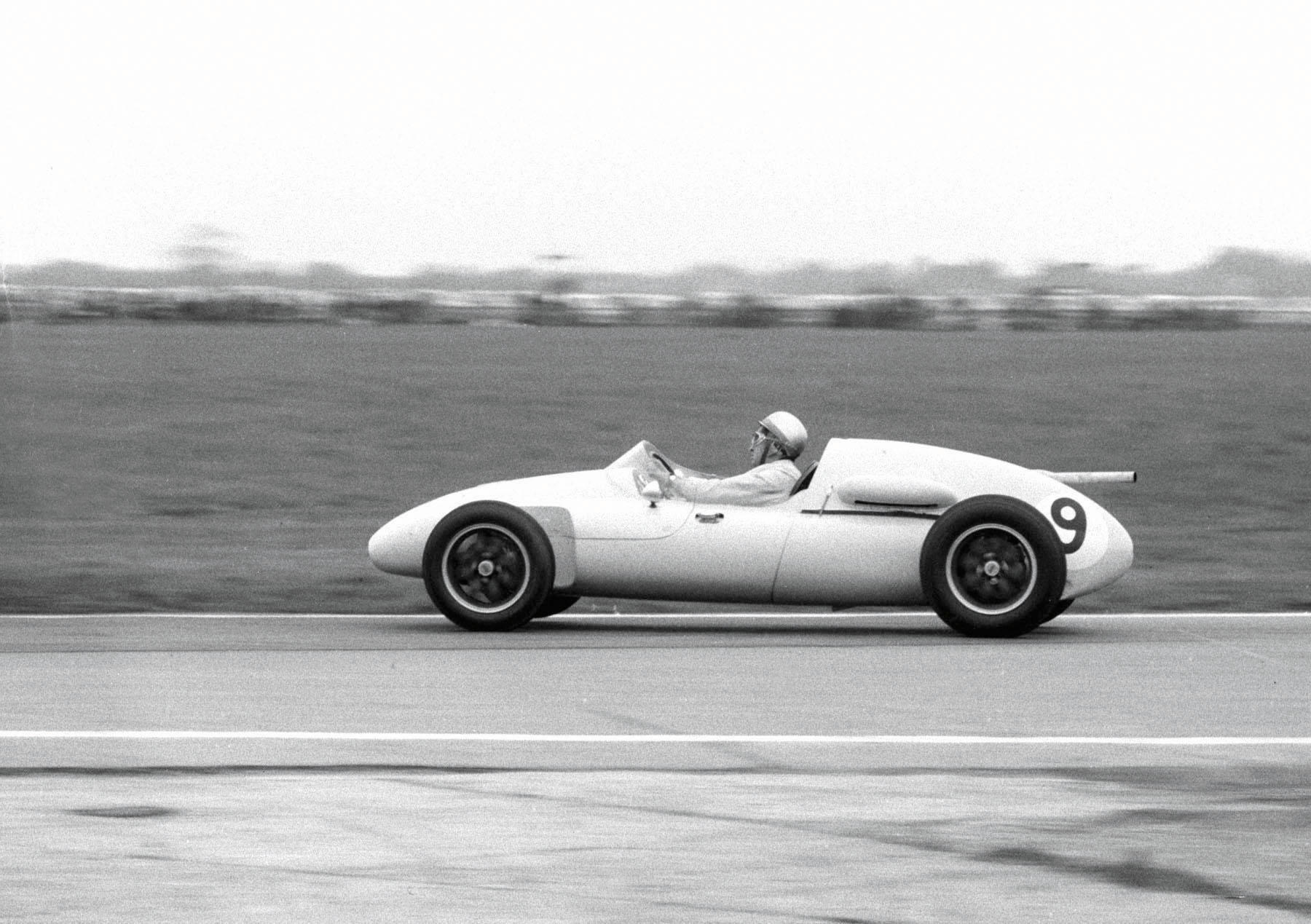 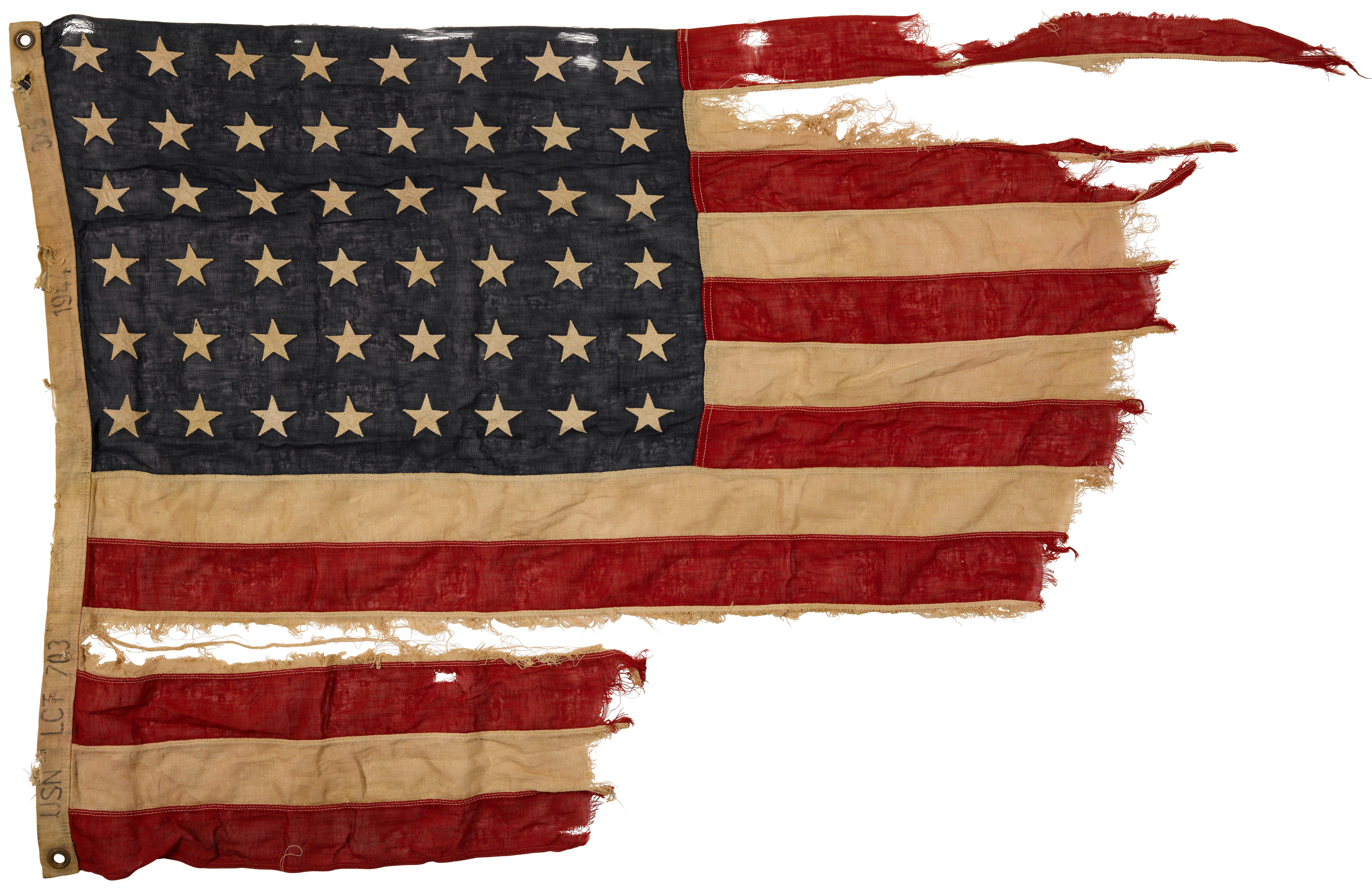 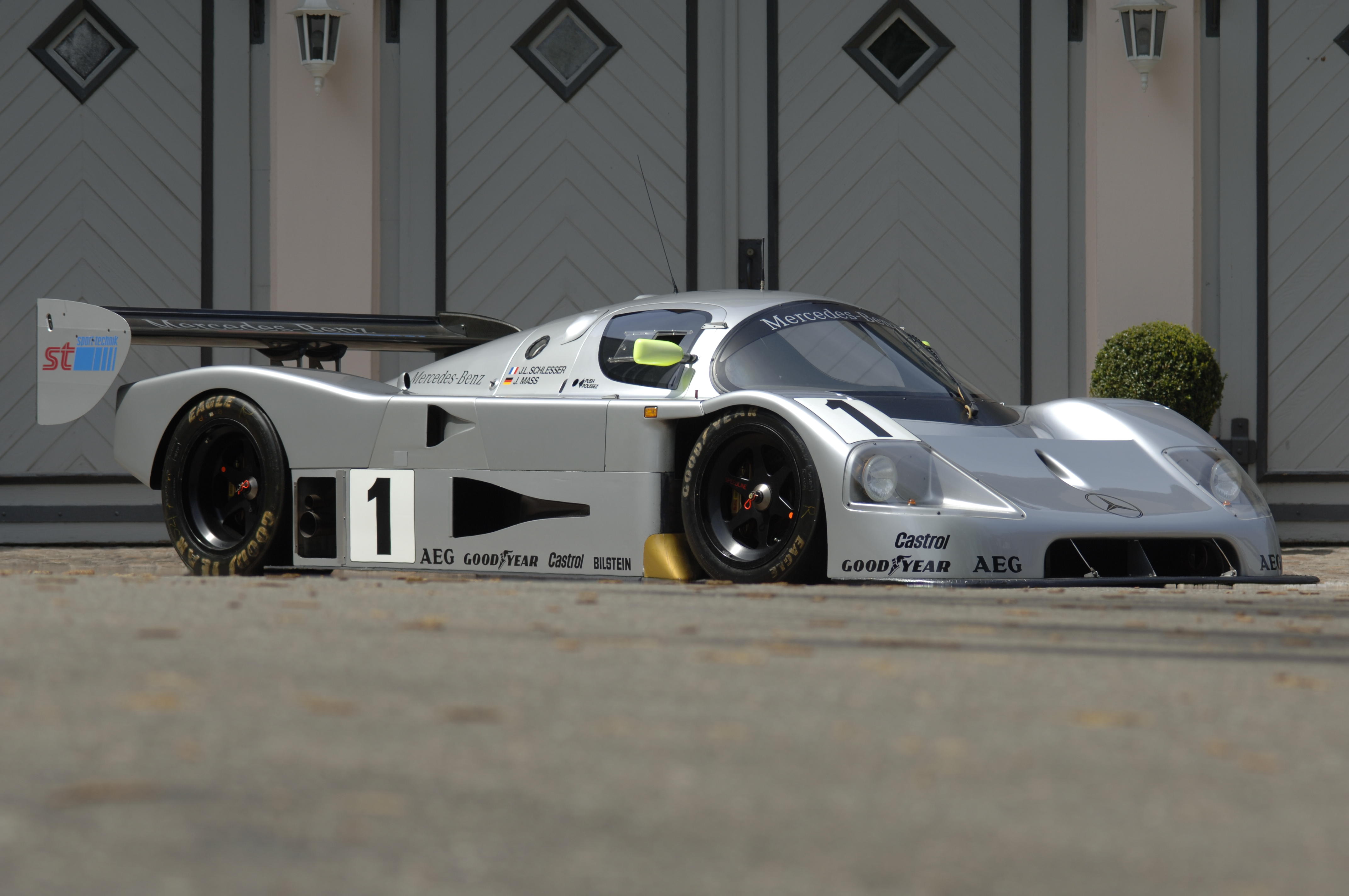 An outstanding Spitfire and Typhoon Pilo

A First Day of the Somme M.C. and Bar gr

The AA Upfill-Brown Collection An import 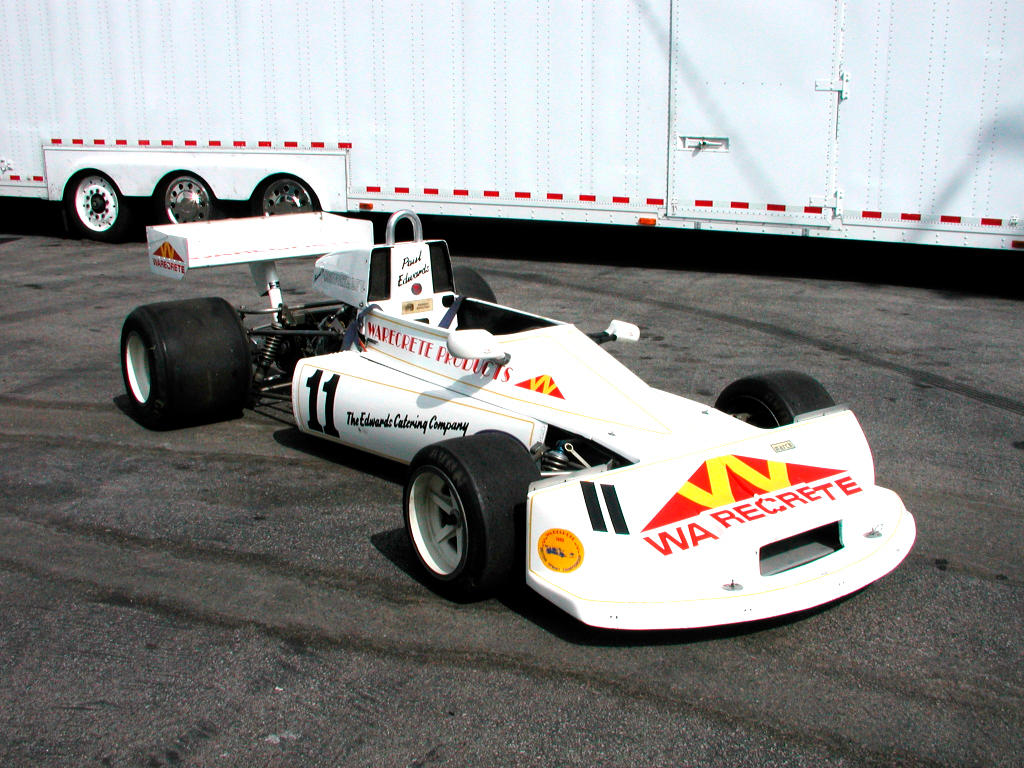 The exploit of swimming the Jordan was o

AN ALBERT MEDAL GROUP OF FIVE MEDALS TO