Dorothea Lange The General Strike, Policeman, San Francisco 1934 Gelatin silver print. 9 3/4 x 7 1/4 in. (24.8 x 18.4 cm). Annotated “Photograph by Dorothea Lange from the collection of her son, Daniel Dixon' in an unidentified hand in pencil on the verso.
Provenance Edwynn Houk Gallery, Chicago Literature Aperture, Dorothea Lange Photographs of a Lifetime, p. 47; Borhan, Dorothea Lange The Heart and Mind of a Photographer, p. 79 there titled Street Demonstration, Chinatown, San Francisco, California; Davis, The Photographs of Dorothea Lange p. 23 there titled and dated Street Demonstration, San Francisco, 1933; Heyman, Phillips and Szarkowski, Dorothea Lange American Photographs, pl. 10; Keller, Dorothea Lange Photographs from The J. Paul Getty Museum, pl. 6; Van Dyke, The Photographs of Dorothea Lange A Critical Analysis, p. 463; Meltzer, Dorothea Lange A Photographer's Life, p. 116; Ohru, Dorothea Lange and the Documentary Tradition, n.p.; Partridge, Restless Spirit: The Life and Work of Dorothea Lange p. 45 Catalogue Essay From an early age, Dorothea Lange developed an acute awareness of being an outsider, be it for her polio-inflicted limp, or for being one of a handful of non-Jews in an all-Jewish school. Perhaps it was for that reason that Lange became interested in observing those whose lifestyle did not conform to the status quo. Accordingly, her photographic style evolved from the staged confines of studio portraiture to the spontaneous energy of street photography, and eventually, to the social documentarian work that crystallized her status as one of the greatest photographers of pre-War America, most notably during the Great Depression under the Farm Security Administration. The decision to photograph the homeless, the hungry and the needy during the 1930’s was embedded in compassion and a humane desire to connect with the underprivileged. In fact, still working as a studio portraitist —a rare if profitable commodity at that time—Lange candidly expressed an absence of intention in regards to the photographs taken outside the studio walls. Gradually, however, Lange’s passion transitioned from catering to the few unscathed by the economic turmoil to the masses afflicted by the disastrous aftershock of the Great Depression, documenting homeless drifters, infinitesimal bread lines, forlorn children, destitute migrants, and as we see in Lot 143, labor strikes. The General Strike, Policeman, San Francisco, was taken when Lange accompanied the economist (and second husband- to-be) Paul Taylor during his coverage of the strike for the social welfare journal Survey Graphic. Tragically, the strike ended with the death of one striker on July 5, 1934, in what came to be termed as “Bloody Thursday.” That year marked Lange’s complete departure from exclusive studio portraits in an effort to devote herself to channeling the quandary of the masses in her photographs. The General Strike, Policeman, San Francisco, could be read as an over- layering of two diametrically opposed plains: the background, comprised of a dense mob of strikers angrily waving signs that block view of the building behind and stretch past the frame of the photograph, indicating their lack of controllability. And conversely, the foreground, occupied by a lone, composed officer who appears to float in near-complete detachment from the scene behind him, anchored into the photograph’s edge only by his left foot. Each plain would have accorded the turmoil of the era with due respect, but together they provide one of the strongest testaments of a time defined by the ever-swelling gap between the restless agitation of the people and the helpless stance of the authorities. Read More 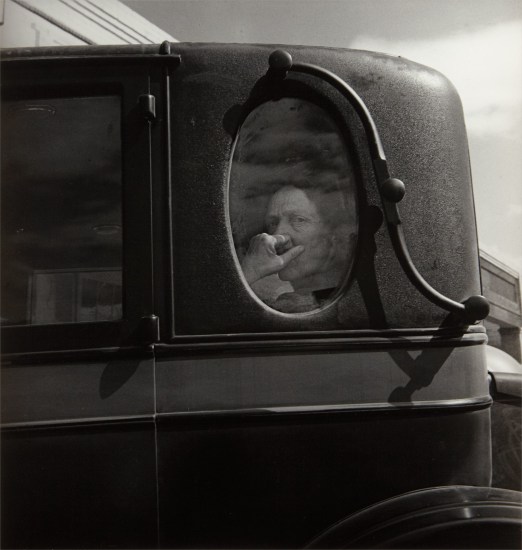 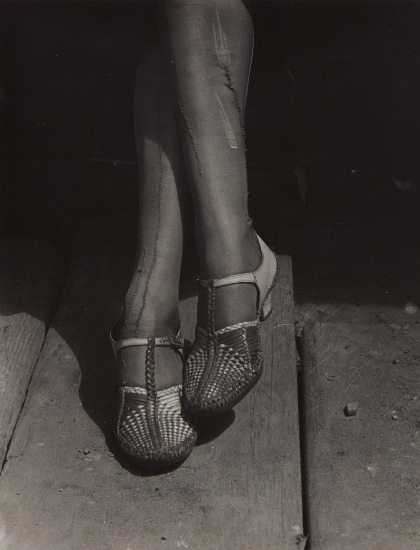 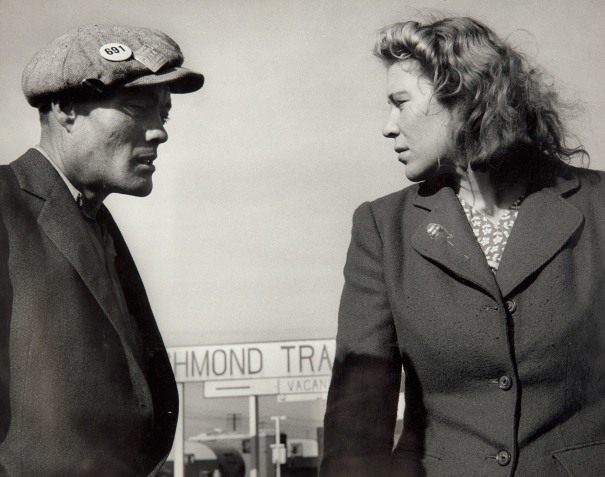 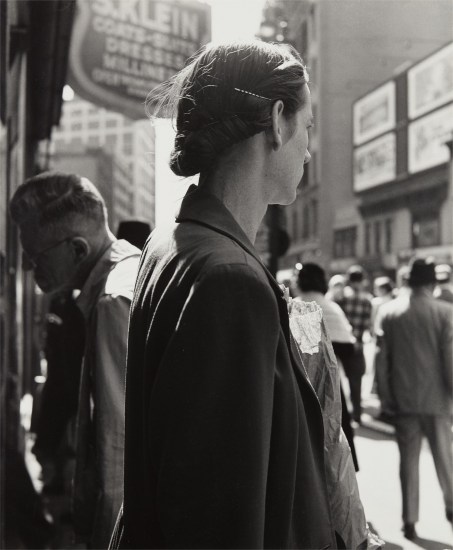 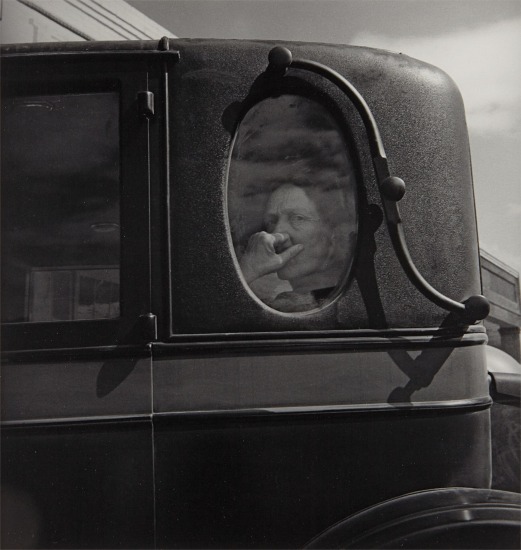 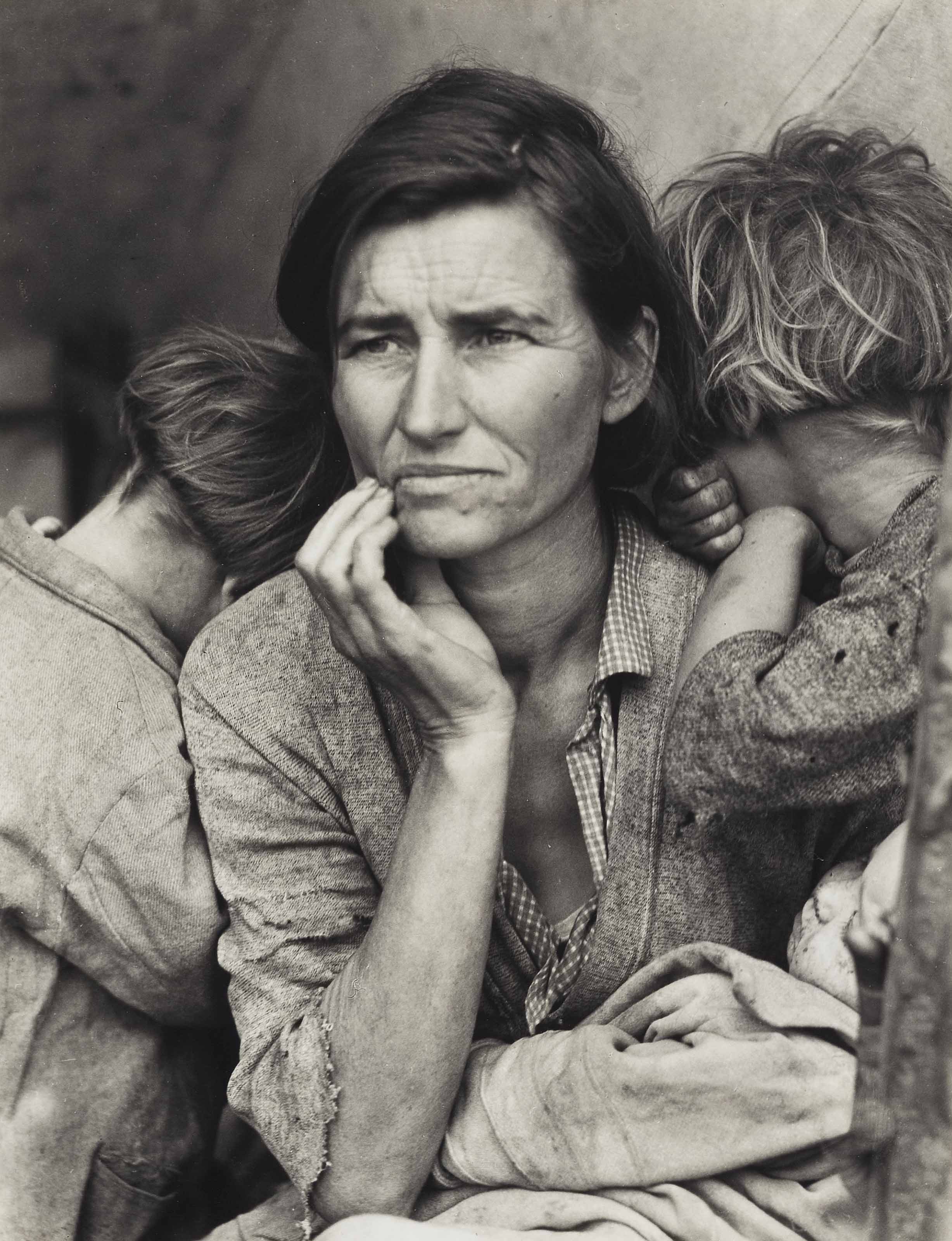