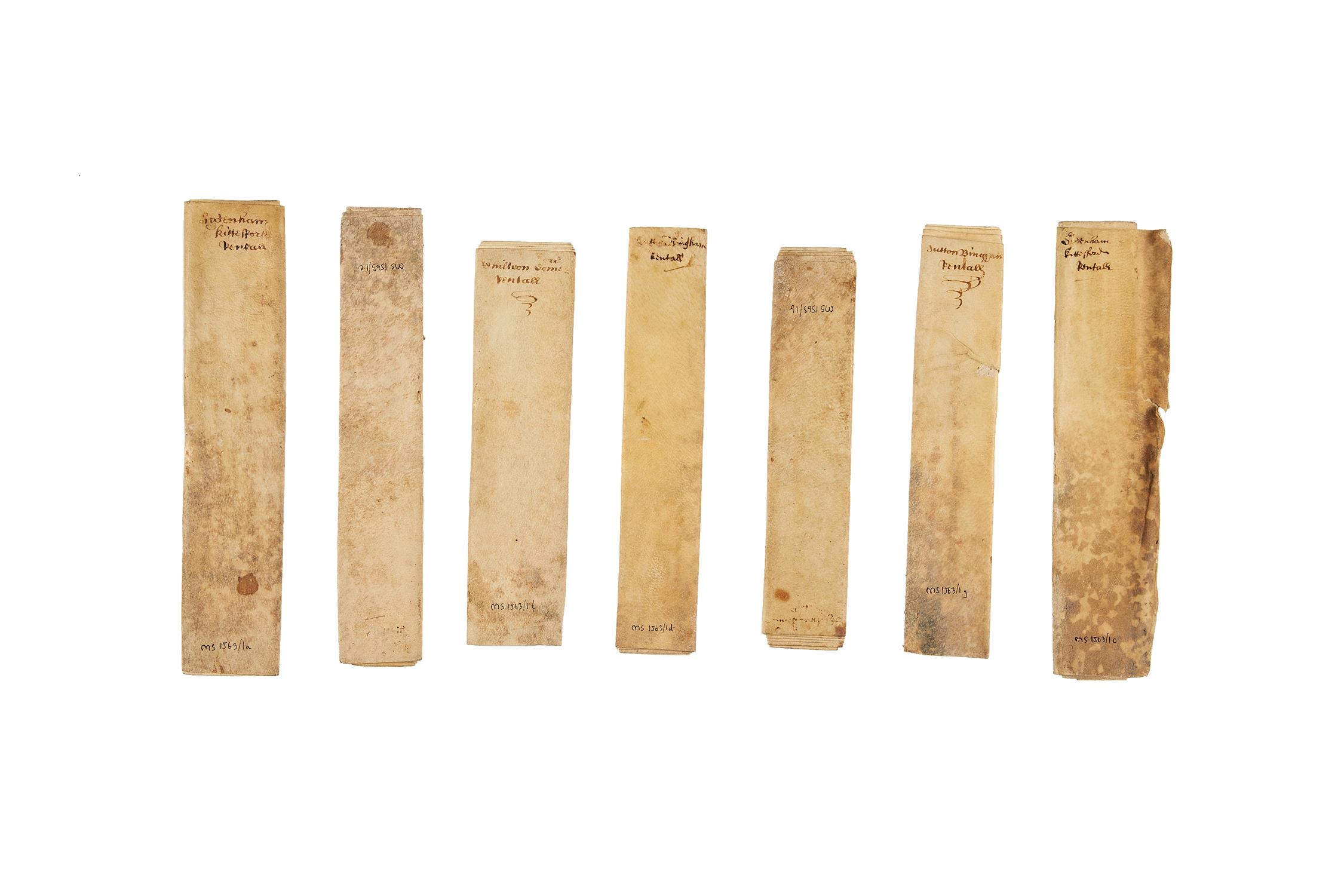 Eight English estate documents, including seven rental rolls for various estates in Somerset dated 1666, and an extract from the will of Penelope Sydenham, spinster of Crediton, Devon, dated 1769, all in Early Modern English, manuscripts on parchment or paper [Southwestern England, seventeenth and eighteenth century] Eight documents, comprising: (i) seven closely related rental rolls on parchment, containing the rentals of the manor of Chilton Dormer for the 6 months from Michaelmas 1666, as well as those of Sydenham Kitteford, Brympton Alvington and Sutton Bingham for the same time period, three of these with two copies present, all written by a single English secretarial hand, old waterstaining in places with some ink flaking and damage to edges of parchment, the smallest 260 by 170mm. and the largest 470 by 180mm.; (ii) extract from the will of Penelope Sydenham, with bequests to her family, her servants, a capital sum to be invested by the minister and churchwardens of Thelbridge for distribution of income to support the teaching of reading in the parish, the support of the school at Dulverton, and other bequests to the poor in the parishes of Chumleigh and Witheridge, on 6 sheets of paper and with 30 lines in a late English secretarial hand, attested at London on 3 February 1769, 310 by 200mm. Provenance: 1. Sotheby's 17 December 1991, part of lot 41, alongside the Taunton related items in the previous lot. 2. Schøyen Collection, London and Oslo, their MS 1563/2, acquired in Sotheby's.