ELLIOT, Daniel Giraud (1835-1915). A Monograph of the Phasianidae or Family of the Pheasants . New York: published by the author, [1870]-1872.
ELLIOT, Daniel Giraud (1835-1915). A Monograph of the Phasianidae or Family of the Pheasants . New York: published by the author, [1870]-1872. 2 volumes, broadsheet 2° (596 x 470mm). 2pp. list of subscribers (listing 115 names subscribing for 119 copies). 79 fine hand-coloured lithographic plates, 1 folding; after Joseph Wolf by J. Smit and J.G. Keulemans, printed by M. and N. Hanhart and P.W.M. Trap, coloured by J. D. White, 2 uncoloured plates of generic characteristics, on india paper mounted, by and after Smit. (Preface and first leaf of Introduction with light diagonal crease, occasional faint offsetting onto text and marginal finger-soiling, plate of Euplocamus melanotus with faint creasing due to paper flaw, light marginal spotting to two plates and associated text leaves at end of vol. II.) Contemporary green morocco gilt extra, by Zaehnsdorf, covers with wide gilt frames composed of three scroll tools with associated fillets and foliate cornerpieces, spine with repeat decoration of stylised foliage tools, lettered in second and third compartments, gilt edges, gilt turn-ins, marbled endpapers (extremities lightly rubbed). THE MOST SPLENDID OF ELLIOT'S GREAT MONOGRAPHS , issued in 6 parts between June 1870 and October 1872, and described by Sitwell as 'the equal in every way to any work by Gould'. R.M. Mengel went further, noting that 'of the great nineteenth-century ornithological monographs, none save Audubon's is so sumptuous' ('Beauty and the Beast: Natural History and Art', The Living Bird , 1979-1980). The large size of the plates allied with the meticulous way in which they are coloured, gives them a magnificence which reflects the importance which Elliot attached to the Phasianidae . Of all the families in the ornithological system, he regarded it as the one most vital to the human race, 'containing within it the species that afford food for thousands of mankind, and also those which are the original source of all the domestic poultry met with throughout the civilized world.' He generously dedicated the work 'To my friend Joseph Wolf .. whose unrivalled talent has graced this work with its chief attraction, and whose marvellous power of delineating animal life renders him unequalled in our time'. Anker 130; Fine Bird Books (1990) p.95; Nissen IVB 295; Wood p. 331; Zimmer p. 206. 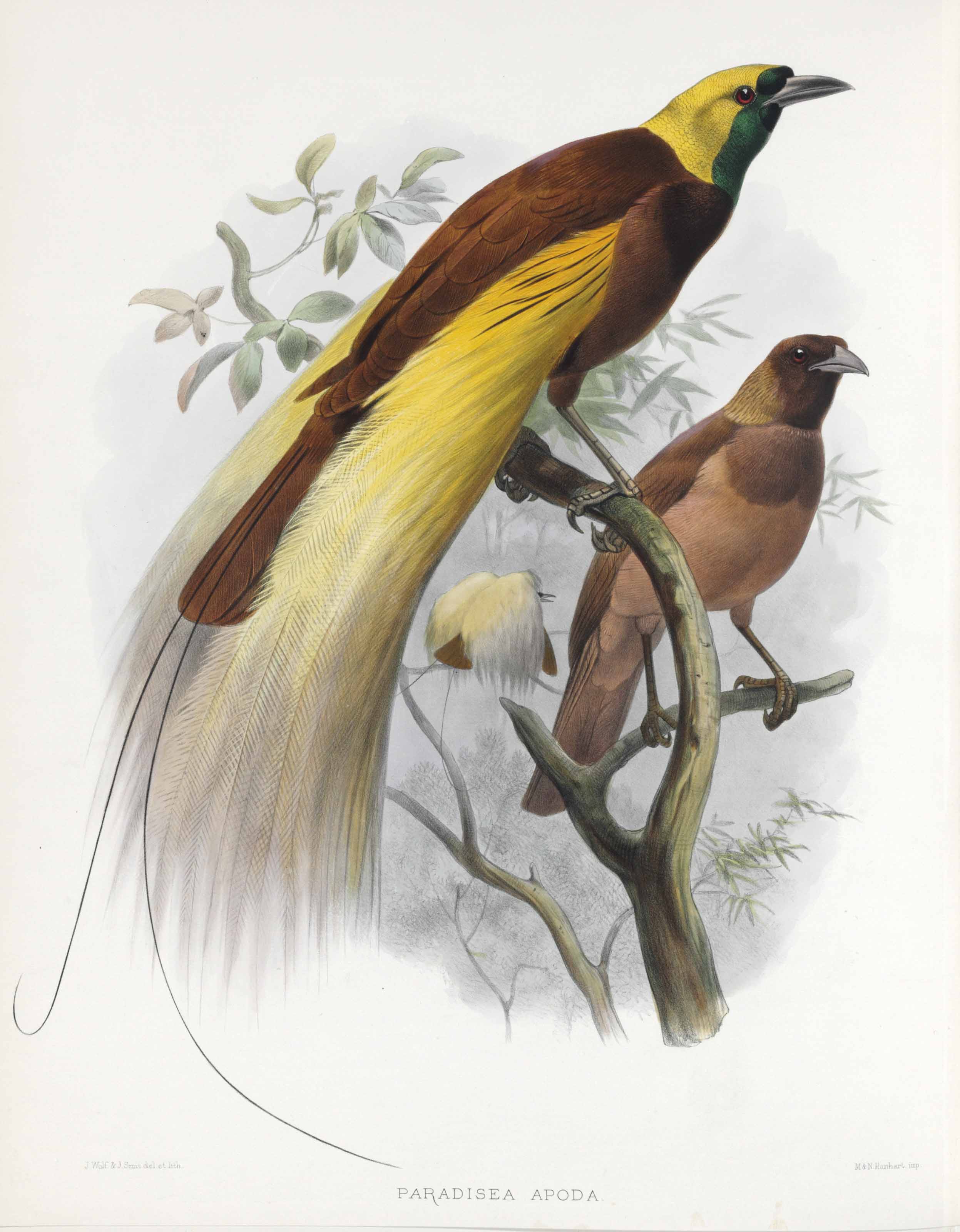 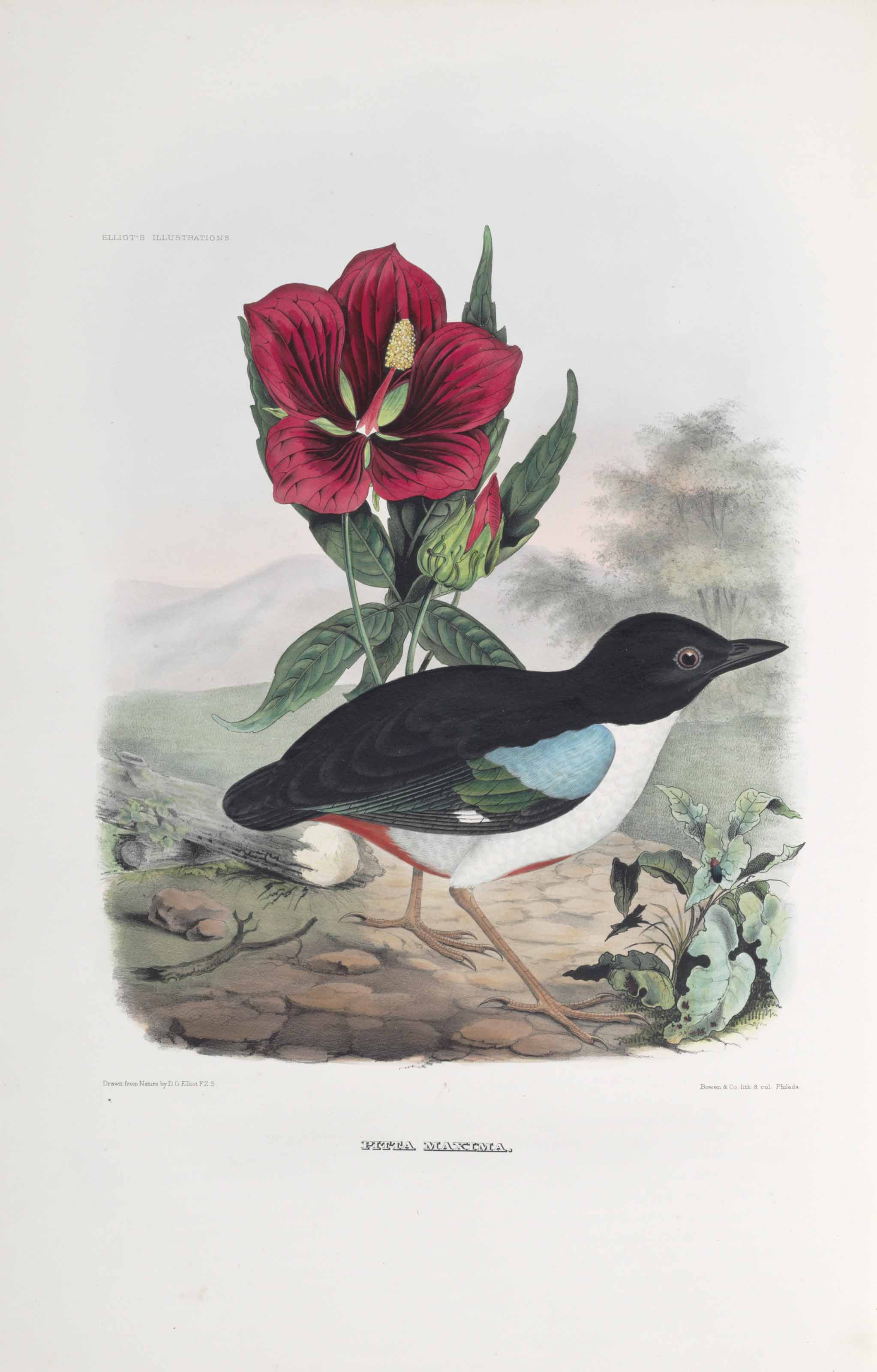 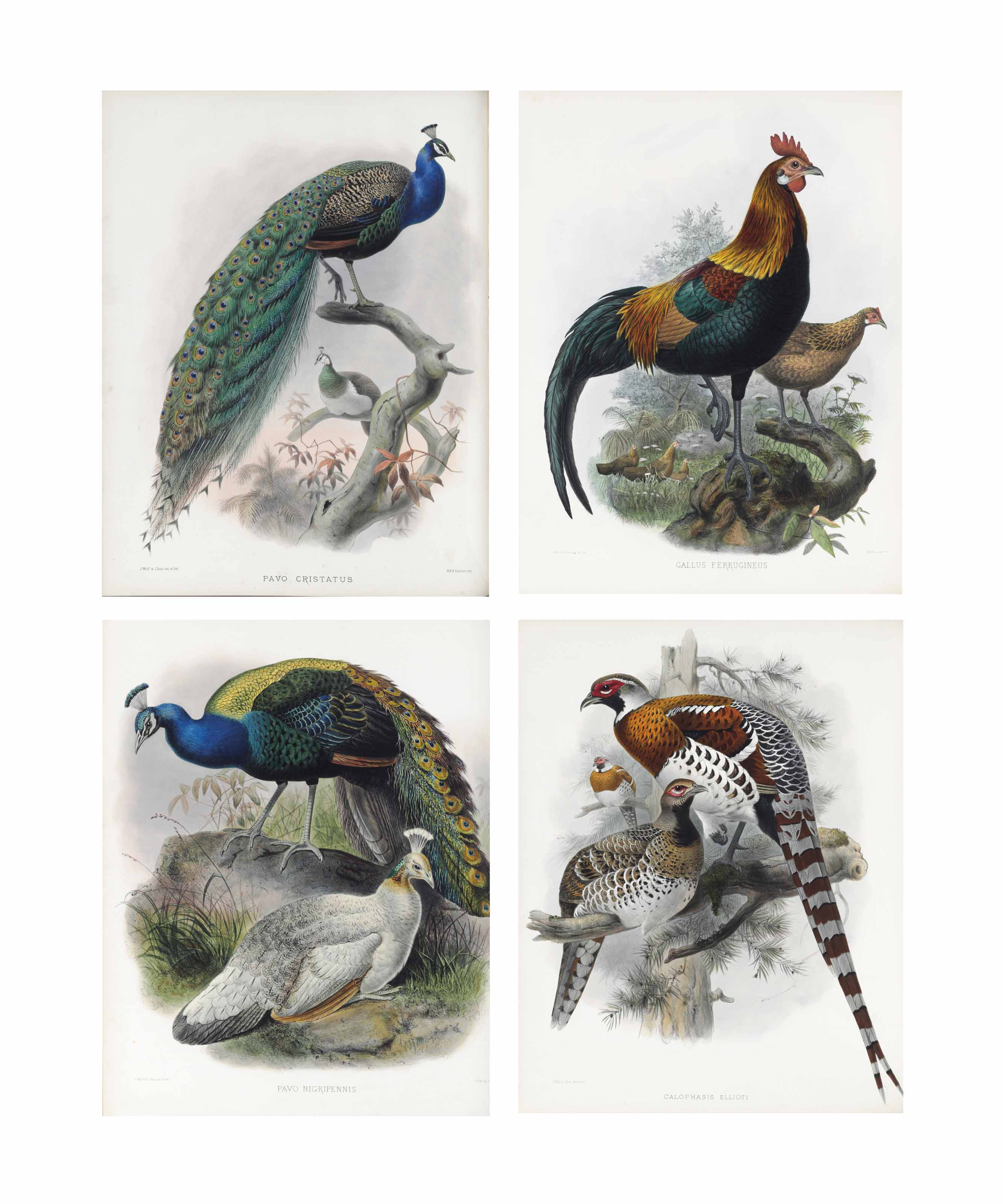 ELLIOT, Daniel Giraud A Monograph of the 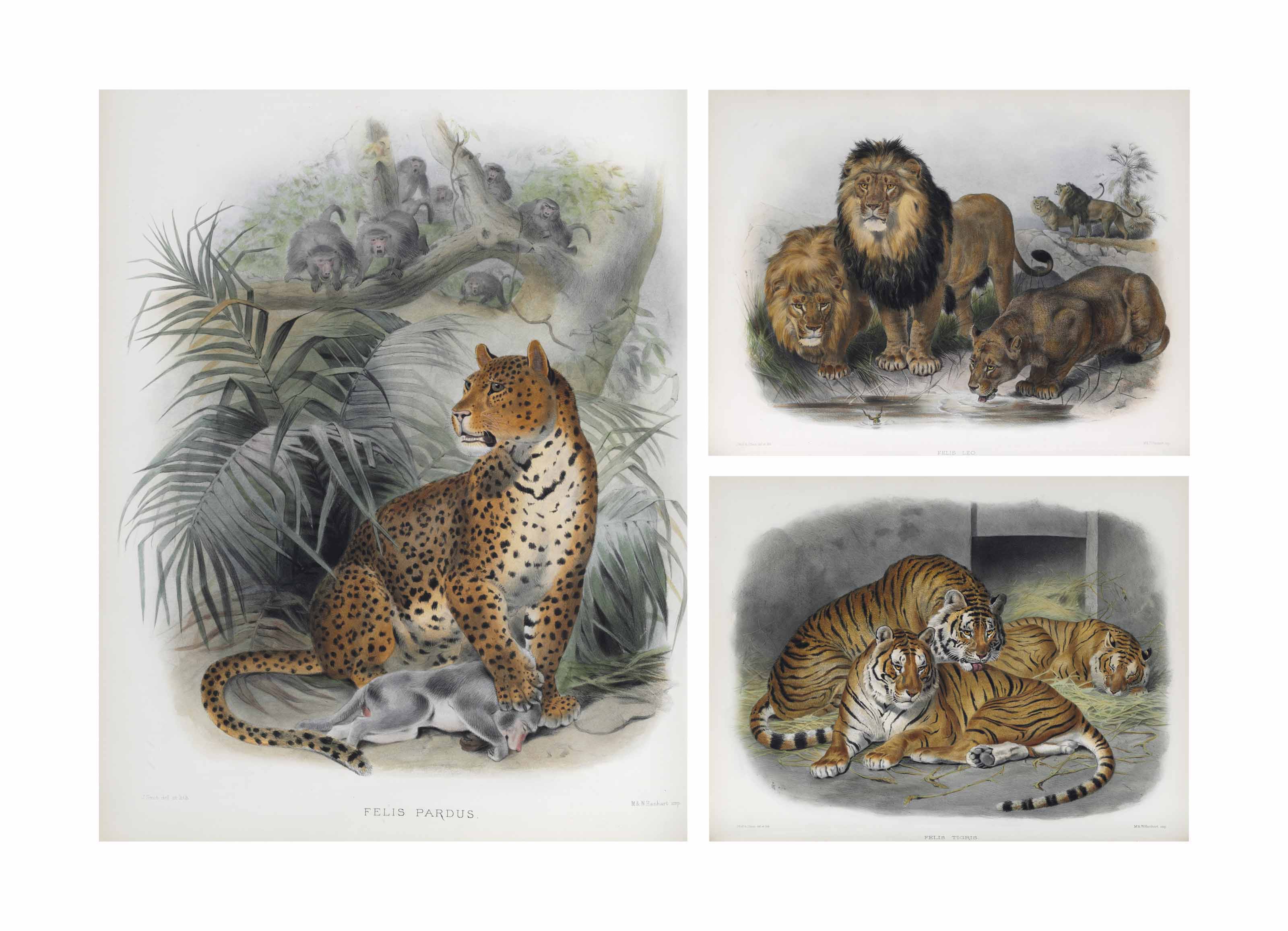 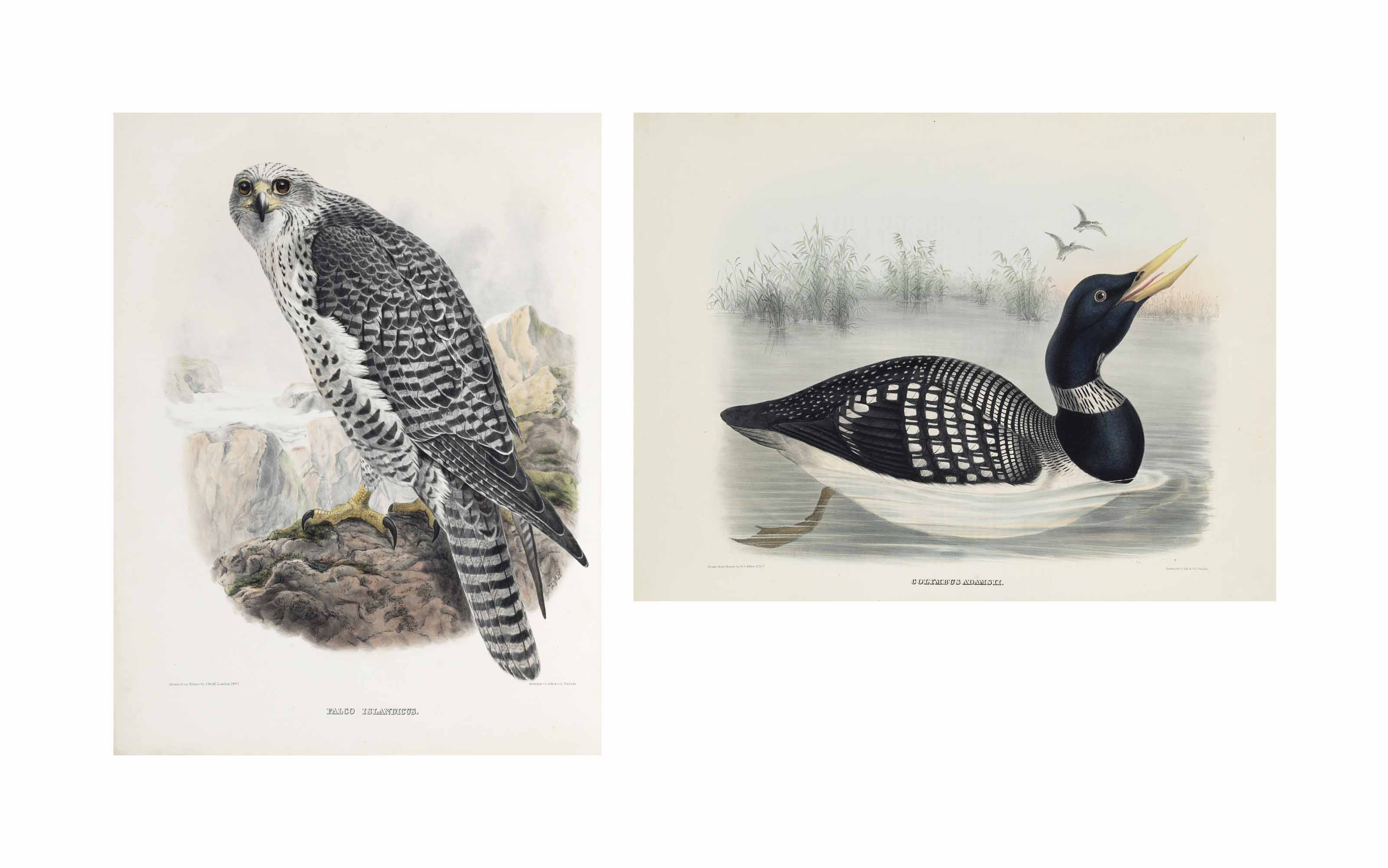