EMIN PASHA (EDUARD SCHNITZER, 1840-1892)
EMIN PASHA (EDUARD SCHNITZER, 1840-1892) Six autograph letters signed to Carl Christian Giegler, Lado, Mruli, Khartoum, Rubaga, 18 May 1876 - 10 April 1878, and one to Charles George Gordon, Lado, 20 July 1879, in German, together approximately 17½ pages, 4to (a few small stains to earliest letter), envelopes; [ with ] a letter to Giegler by James A. GRANT, 18 May 1878, on the death of two missionaries in Africa, the prospects of a continent-wide telegraph and the desirable effects of spreading Christianity through the continent, 8 pages, 8vo , with envelope and a carte-de-visite photograph inscribed on verso. Provenance : Stuart Rossiter Collection of Postal History of East Africa; Sotheby's sale, 3 June 1983, lots 14, 18, 21-24, 27; the Spiro Family Collection. EMIN PASHA AS GORDON'S ASSISTANT: the letters comprise a series of reports from Emin's appointment in May 1876 as Gordon's chief medical officer in Equatoria to a few months before Gordon's departure for London in December 1879, when Emin replaced him. Emin reports in idealistic terms on Gordon's character ('I have hardly ever found a group of people who live in such harmony as the people of Colonel Gordon'), and his new surroundings ('It is in general quite a special thing, this Central Africa'; 'it is possible to enjoy life in Sudan. We are the pioneers of civilisation in this lovely country'), relating in passing their exploits 'right through enemy territory' as far as the Albert Lake late in 1876, and in the following year as far as the south end of Lake Victoria, complaining in a letter of 3 January 1878 'I am tired of travelling without a concrete destination. In the meantime my bags and pockets are emptying out and filling up'; news of the death of two Europeans inspires the reflection 'well, we are in Africa, and live from hour to hour!'. On 10 April of the same year he is similarly philosophical: 'Of all the curses an Africa traveller has to deal with, only one is very unpleasant: hunger! Everything else can be taken care of, with a little patience and gunpowder'. The brief letter to Gordon himself refers to the forwarding of letters. (8) 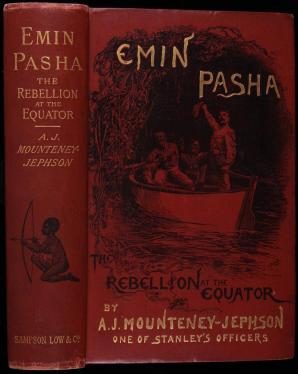 The Allan and Janet Woodliffe Collection 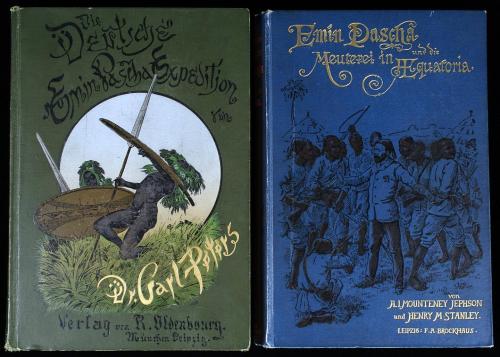