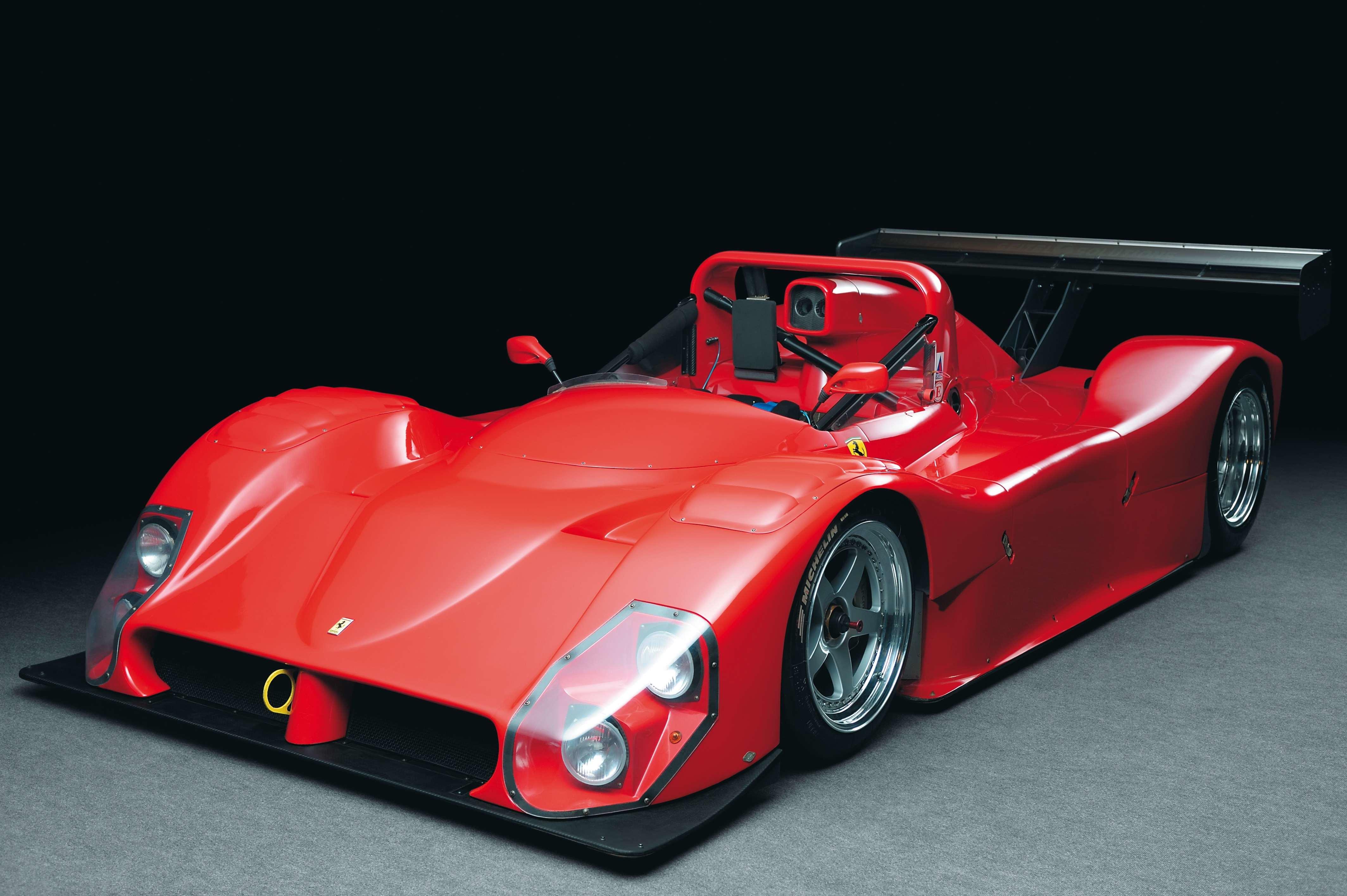 · Series 2 version with numerous detail improvements · International race history at Daytona 24 Hours · Immaculate, track ready condition · Future historic racing classic “The 333 SP signals Ferrari’s return to the production of sports cars for the gentleman driver. As a mark of respect for a tradition that dates back to its earliest successes in racing and in sales, Ferrari has taken the opportunity offered by the new IMSA regulations to launch this two-seater that will be produced in extremely limited numbers.” Thus read Ferrari SpA’s literature for the launch of the 333SP model. The road racing world underwent a mild seismic shift in 1992 as interest and participation paled in the face of a set of rules that negated technical innovation and creativity. The spectacle was gone, with increasing numbers of backyard specials running around with weird engine-chassis combinations while being shown the rear end of a Porsche, Peugeot or Nissan prototype every ten laps or so. It was, frankly, embarrassing. It also was boring for spectators. In 1992 there were just eight rounds of the Sportscar World Championship. The last round at Magny Cours brought a whole twelve cars to the track. Of those, four didn’t even start the race. The Automobile Club de l’Ouest and its North American running mate IMSA took a bold step in 1992, announcing a new class of open two-seat sports-racing cars called the ‘World Sports Car’ intended to bring a measure of interest and even a modicum of competition back to high end sports car racing. The core concept was high performance sports-racers like the Can-Am cars of a generation before, purpose-built racers with production-based engines intended to re-ignite excitement, performance, lurid over-powered handling and phantasmagorical auditory impressions. In other words, real racing. The ACO/IMSA WSC was, in essence, a flat bottomed, two-seat, open-top sports-racer powered by a production-based engine with no traction aids. It could race both in IMSA’s North American races and at the ACO’s Le Mans 24 Hours. Simple, right? Not so fast... Enter Gianpiero Moretti longtime IMSA and endurance competitor and creator of the Momo brand of steering wheels and motoring accessories. He ran the idea of a Ferrari-based sports-racer past his acquaintance Piero Lardi Ferrari. Hooked by the concept, they enlisted Ferrari North America’s new CEO, Gianluigi Longinotti Buitoni, who believed that North America, Ferrari’s most important market, was inspired by Ferrari’s racing record. Ferrari Formula One at the time was doing little to reinforce Buitoni’s marketing efforts. The idea of a factory-built Ferrari V12 barchetta ignited a fire among the marketers at IMSA and they made a few accommodations in the rules for the 1994 season to qualify the 5-valve engine from Ferrari’s upcoming F50 supercar within the ‘production-based’ concept of the WSC as well as to accept Ferrari’s insistence that its 333SP be offered only as an integrated package of chassis, three engines and spares. The allure of the first Ferrari V12 sports-racer in a generation was worth it. The 333SP first appeared at Road Atlanta in April 1994. Driven by Jay Cochrane, his Euromotorsports team Ferrari 333SP won its inaugural race and while the 333SP wouldn’t win the driver’s or constructors’ championships in 1993, it would make up for it in 1994 when 333SP driver Fermin Velez and Ferrari captured both championships. Back in 1993, however, the Ferrari 333SP’s second appearance in competition was at Lime Rock Park in northwestern Connecticut on the U.S. Memorial Day weekend, 31st May. You probably weren’t there, but the writer was – along with a throng of fans. Muffled though it might have been by Lime Rock’s decibel limitations, the V12 powered 333SPs of Moretti/ Salazar, Cochran, Evans/ Morgan and Baldi emitted music which road racing fans in North America and around the world had been waiting to hear for a generation. The Ferrari 333SP V12 at 12,000 rpm is all but