FROM THE ORIGINAL OWNER Cartier Follow A very fine and rare limited edition asymmetrical wristwatch with Certificat and box 卡地亞，「Crash」型號，非常精細，限量版18K黃金腕錶，限量發行400枚，編號第370號，約1991年製。附錶盒和原裝限量證書 1991 23mm width, 38mm length Case, dial, movement and clasp signed
Manufacturer : Cartier Year : 1991 Movement No : 160 Case No : A109179, limited edition no. 370/400 Model Name : Crash Material : 18K yellow gold Calibre : Manual, cal. 1978-2, 17 jewels Bracelet/Strap : Cartier leather strap Clasp/Buckle : 18K yellow gold Cartier deployant clasp Dimensions : 23mm width, 38mm length Signed : Case, dial, movement and clasp signed Accessories : With Cartier Limited Edition Certificate and presentation box. Catalogue Essay The Cartier crash was originally launched in 1967 and is one of the most fascinating designs to be found in watchmaking. A number of theories have actually flourished which apparently explain the origin of the unusual case construction. Some think it was inspired by the melted clocks popularized by Dali's "The Persistence of Memory" surrealist painting. A popular legend has it that the design was inspired by a Cartier Bagnoire which went through a car crash, melted down in the fire, and ended up with a shape similar to the Crash's. While there is nothing to disprove these hypothesis, Occam's razor would suggest not to disregard the possibility that this simply was in fact a deliberate Cartier design, born in the London branch of the brand. In fact, in the sixties, the Paris, New York and London branches of the Maison were operating independently, and the London branch was managed by the great-grandson of the company's founder - Jean-Jacques Cartier - who adopted a highly imaginative and more relaxed style for his creations, following the demands of his clientele. Thus it is possible, if not probable, that the Crash design comes from a "twisted" revisitation of the Cartier Oblique, another creation of the London branch from the 1930s Whatever the true story behind its genesis, the Crash has become one of the most demanded and collectible Cartier wristwatches, also because of its extreme rarity: only two versions have been made by Cartier. The 1970s version, and a 400 pieces limited edition series launched by Cartier Paris in 1991, exemplified by the present piece which is number 370. Offered by its original owner and complete of the Cartier Limited Edition Certificate and box, the watch impresses with its overall quality and honesty. The case in particular is blessed with a strong layer of oxidation which, beyond amplifying its warmth and vintage vibe, is irrefutable evidence of the fact that the piece spent most of its life in the safety of a bank vault. Read More Maker Bio Cartier French Follow With the Constitution of 1848 came a new standard for luxury in France. Founded one year prior by Louis-Francois Cartier, the house of Cartier was one of the first to use platinum in jewelry making. This incredibly expensive material became the stepping-stone for Cartier to experiment in form, mechanisms and attitude. It helped men move from pocket watches to wristwatches, effectively making the watch much more functional and prominent in a man's overall wardrobe. Cartier did not only touch on functionality. Inspired by a commissioned painting by George Barbier featuring a black panther at the feet of an elegantly bejeweled woman, Cartier began incorporating wild animals in his designs—most notably, Cartier Panthère rings, bangle bracelets and watches. Yet it wasn't until the late 1960s that the house of Cartier debuted their iconic yellow and rose gold LOVE collection, which includes the famous bracelet that only a special screwdriver can open. View More Works 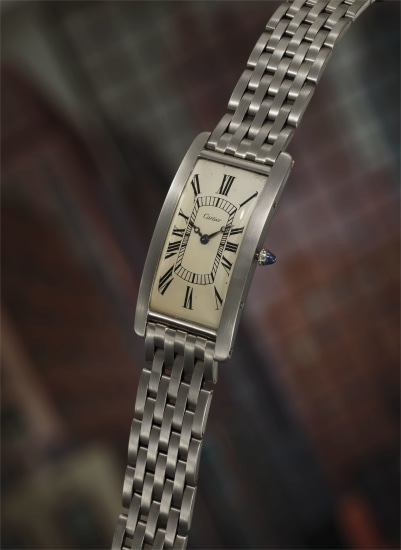 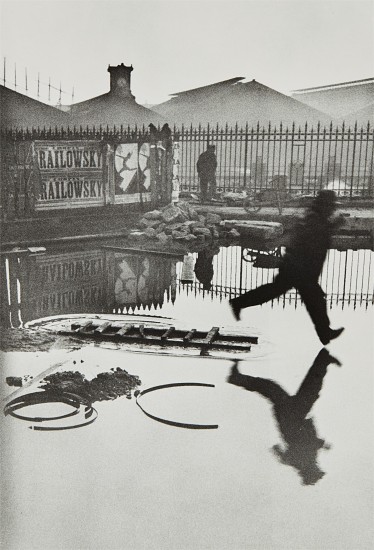 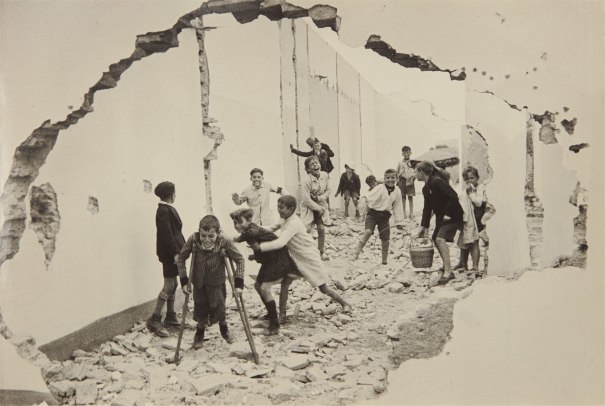 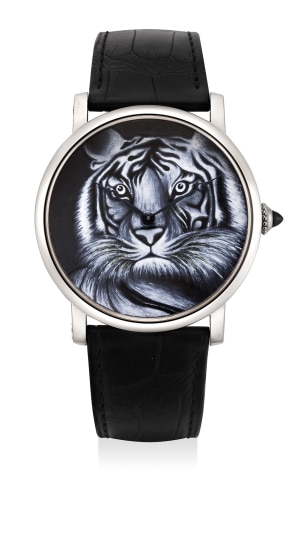 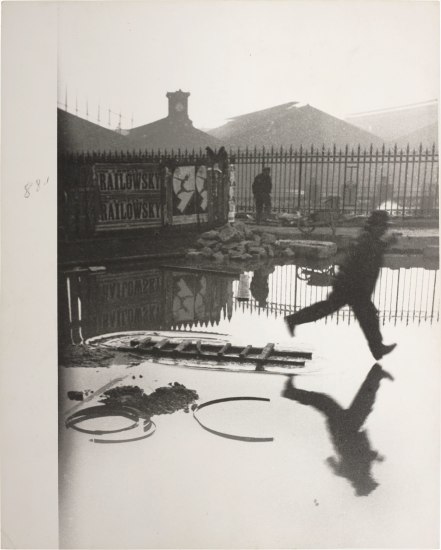 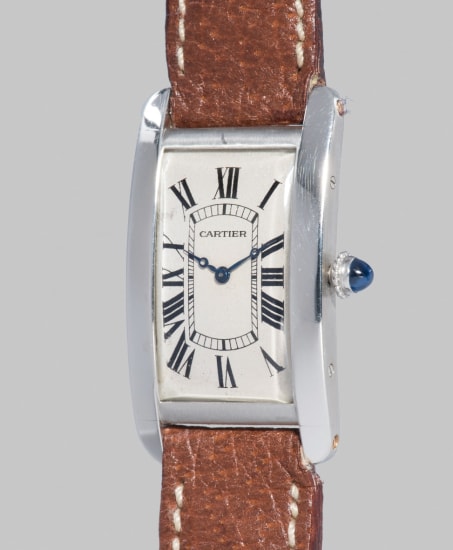 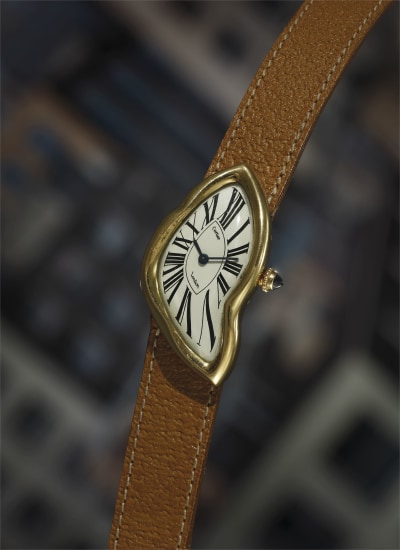 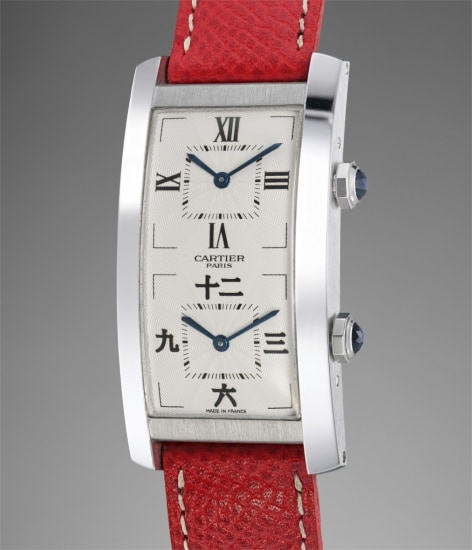 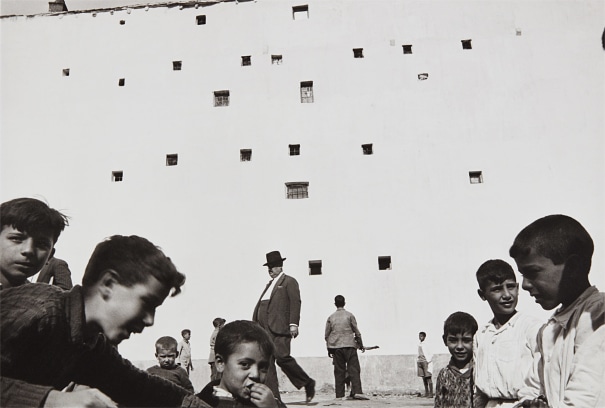 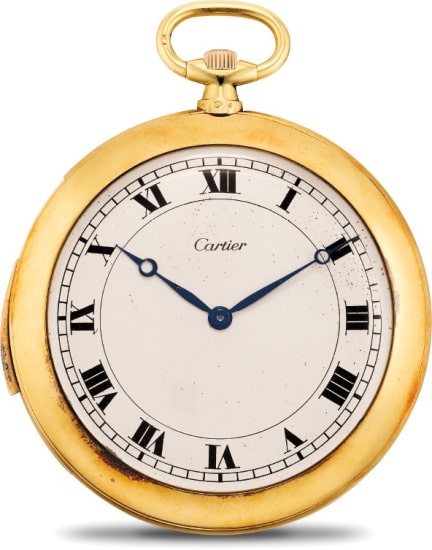 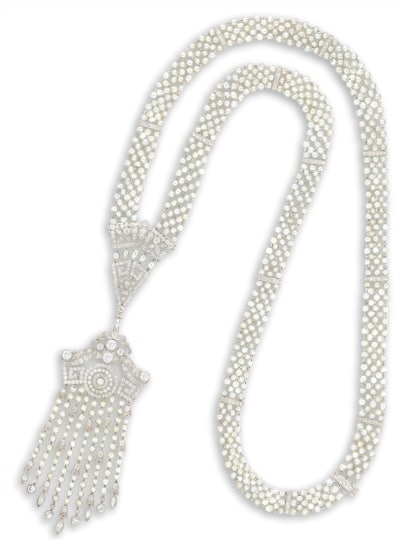 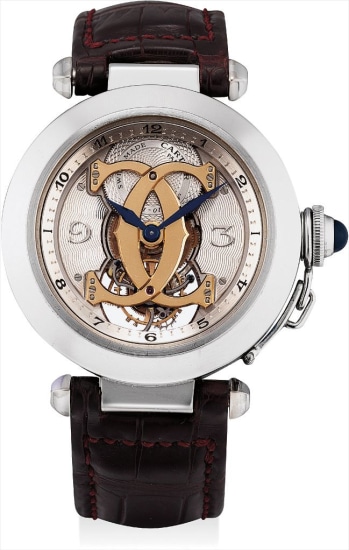