GIOVANNI BATTISTA PIRANESI (1720–1778) A GROUP OF EIGHT ROMAN VEDUTE Starting price: 120 000 CZK (4 444 EUR) Hammer price: 150 000 CZK (5 556 EUR) Description dimensions: 40,5 x 62 cm (h x w) period: 1748-1774, Italy, Rome Giovanni Battista Piranesi was an important graphic artist, architect and interior designer. Born in Venice, he soon departed for Rome, working as a draftsman for the Venetian ambassador to the Pope from 1740. In Rome he continued his training in perspective and printmaking techniques, studying under Giuseppe Vasari and others. Piranesi later settled in Rome permanently and earned a solid reputation as a graphic artist and publisher. In 1743 he issued his first collection of prints, titled Prima Parte di Architetture e Prospettive. Thanks to the patronage he received from Pope Clement XIII and a number of exceptional commissions, he also earned renown as an architect and interior decorator. This group of eight prints, showing views of ancient and modern Roman architecture, comes from Piranesi's "Veduti di Roma" series, which was elaborated and expanded to include additional prints several times. It was published in 1748–1774. The vedute enjoyed enormous popularity not only within Italy, but also in countries to the north of the Alps and were often a valuable travel souvenir. Piranesi's oeuvre of prints is exceptional due to its profound understanding of perspective, often using complex foreshortening and unusual architectural views. He also plays with light, with his early works influenced by Venetian painting (Tiepolo, Canaletto) often called "light". All of the prints auctioned here are included in the two-volume catalogue raisonné: Luigi Ficacci: Giovanni Battista Piranesi - The Complete Etchings, Taschen, 2011; Vol. II, pp. 702 - 709, cat. no. 911, 912, 915, 917, 918, 921, 922 and 926. Each print is lettered along the bottom with a detailed description of the site and architecture shown in the print. Etching on paper, signed. Maximum size in frame listed. 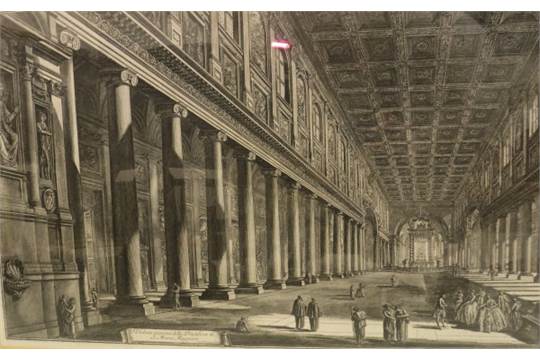 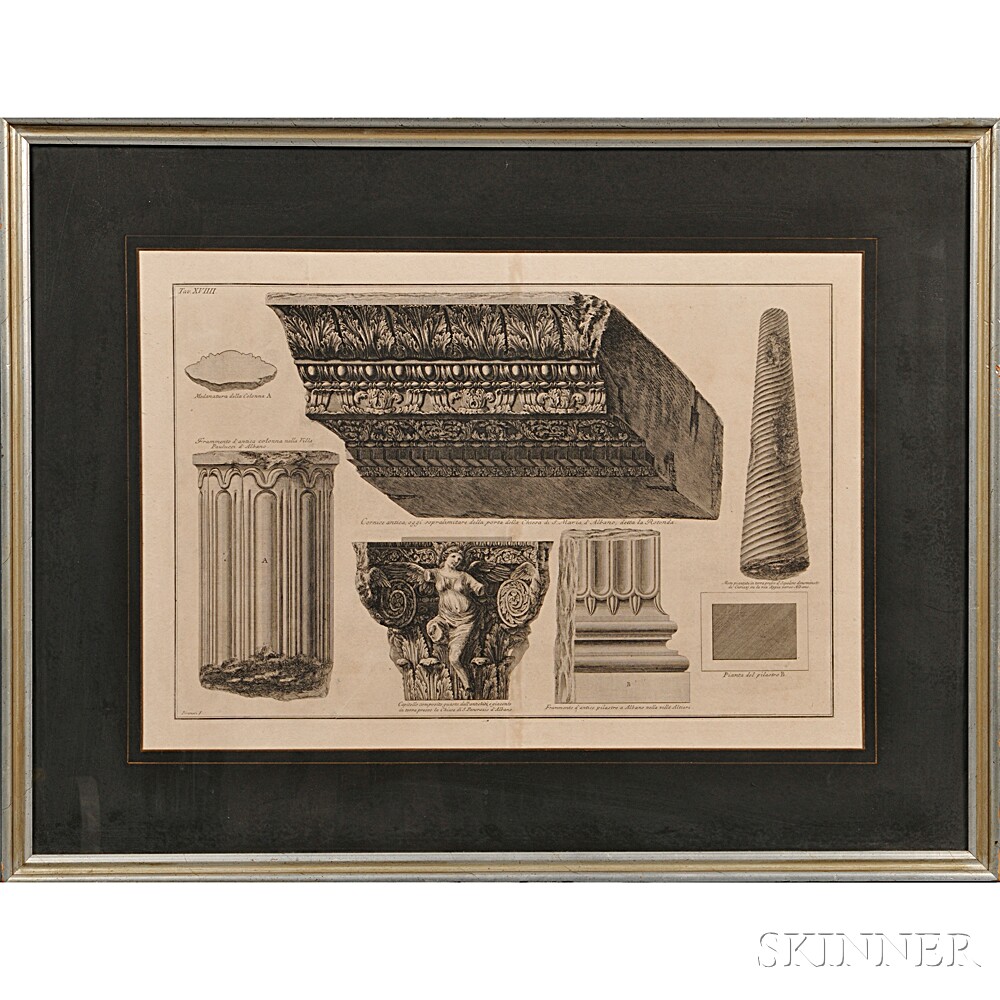 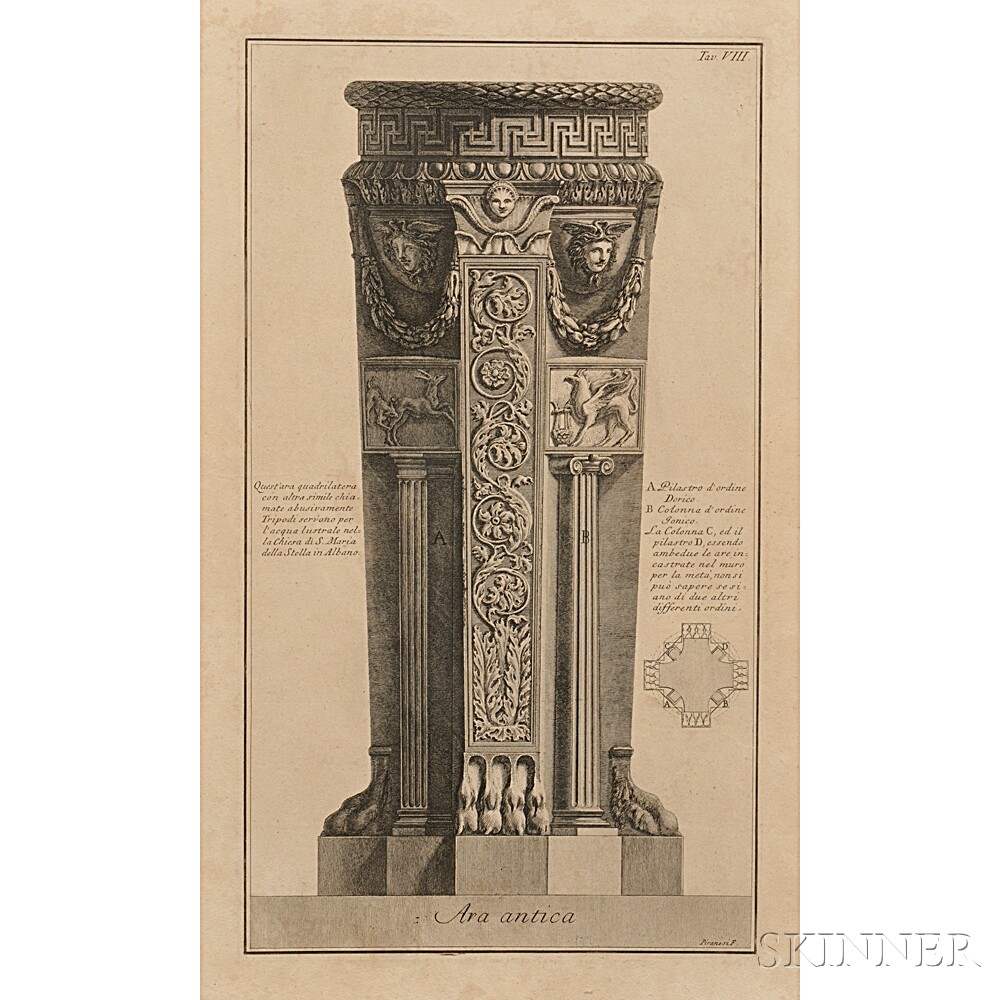 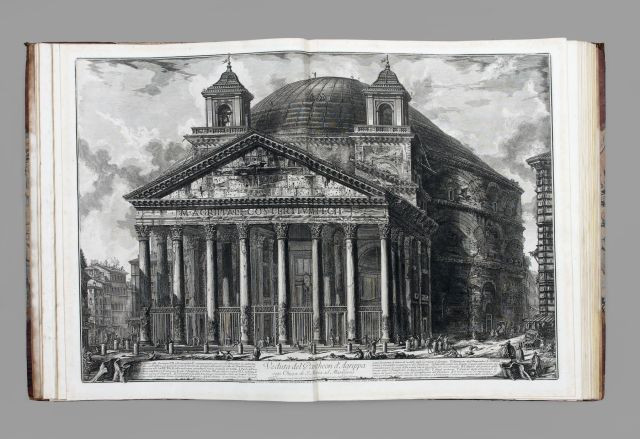 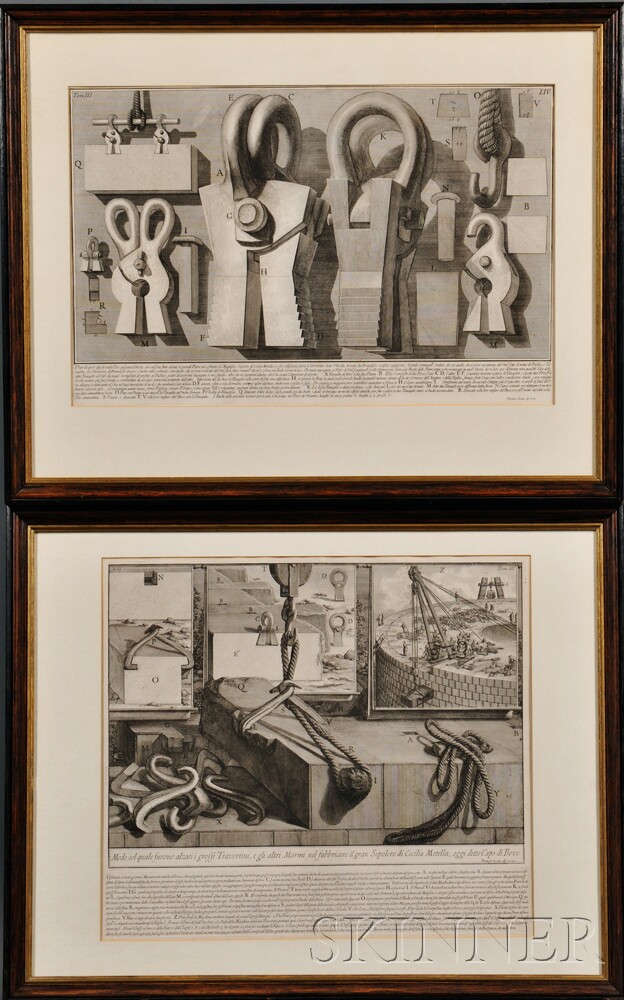 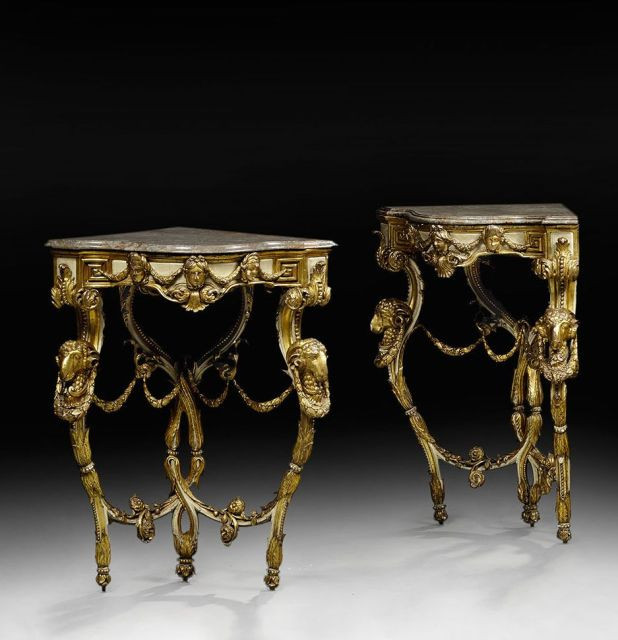