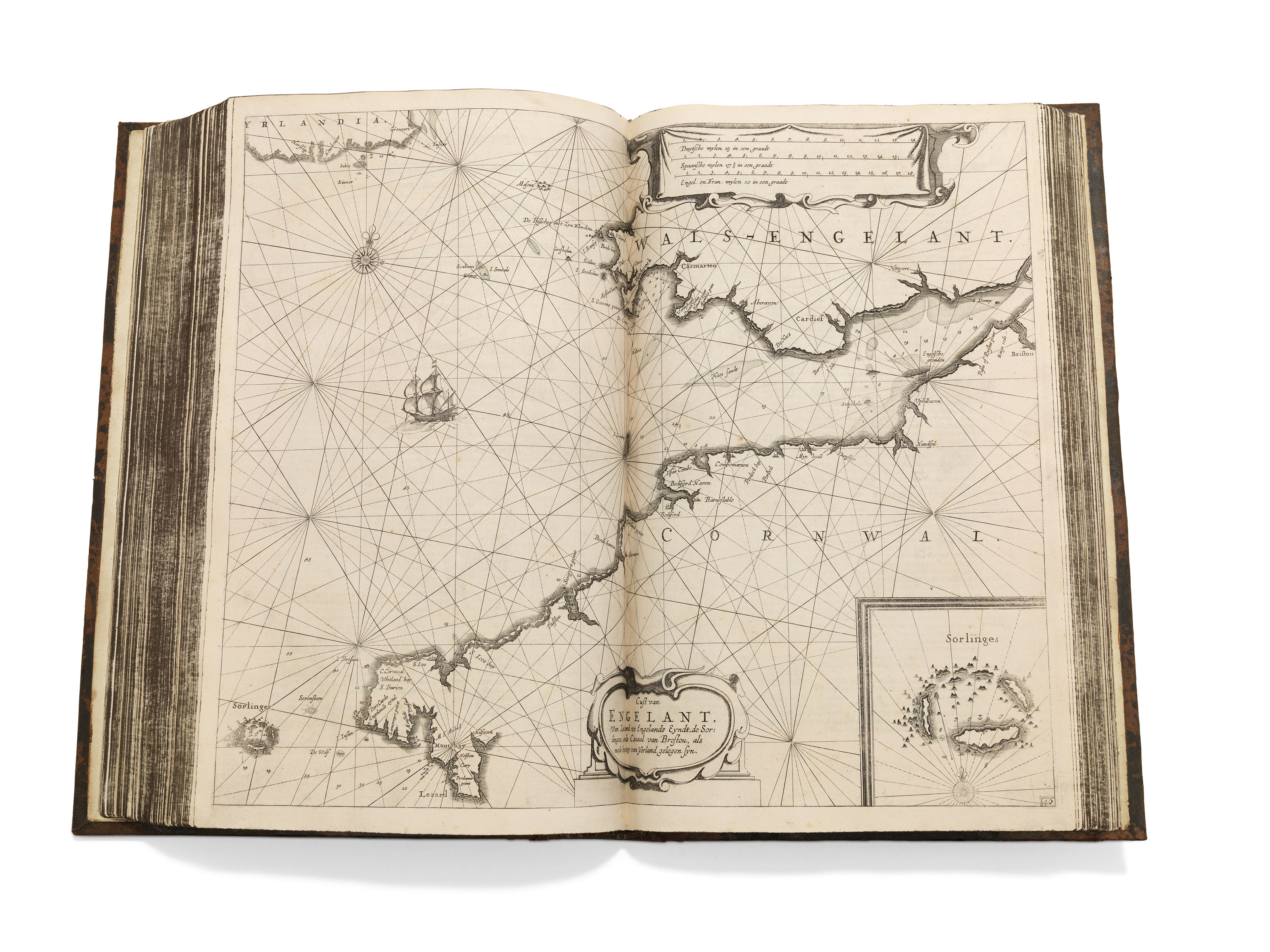 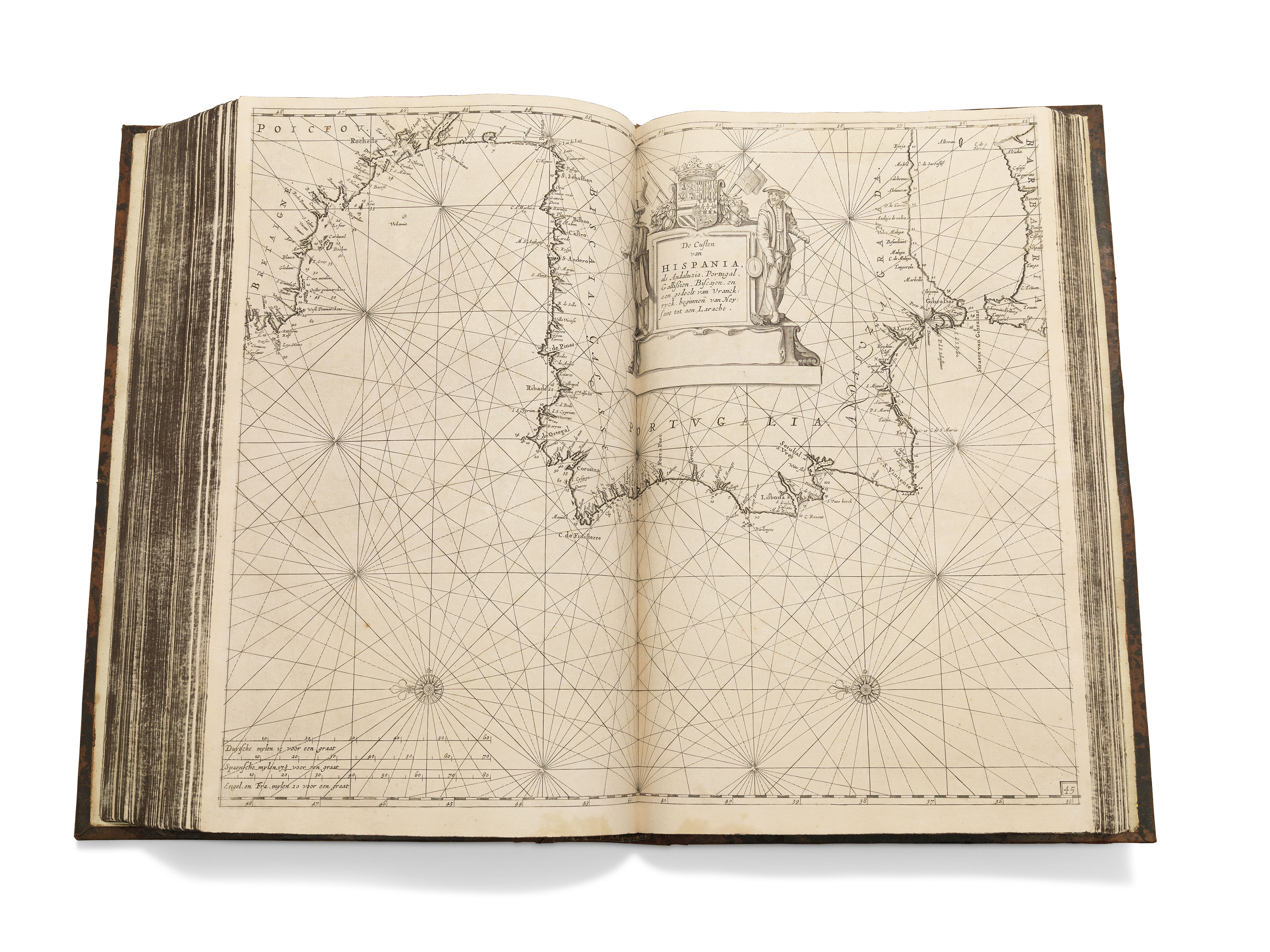 JANSSONIUS, Johannes (1588-1664). De Lichtende Columne ofte Zee-Spiegel. Amsterdam: Jan Jansz, 1654. A unique Jansson issue; not known to Koeman. WorldCat only lists two copies dated 1654, both with Pieter Goos's imprint. The revival of maritime cartography in Amsterdam was signalled by publication of a new pilot guide, De Lichtende Columne ofte Zee-Spiegel , in 1643-1644. Despite the copying habits of Dutch cartographers, its charts after Anthoni Jacobsz bore no resemblance to those of Colom or Blaeu. In 1650 Pieter Goos brought out an edition under his own imprint, presumably after becoming the owner of Jacobsz’s plates (Jacobsz, or his sons, had to order new plates after this date). In about 1662, Goos changed the title of the work to De Nieuwe Groote Zeespiegel , though adding only one new chart and improving a minority of old ones. He continued to print from the same 60 plates for 28 years. Jansson brought out the Zee-Spiegel under his own imprint in 1651, with charts printed from the original plates. However, his involvement was fleeting and copies with his imprint are extremely rare. Koeman lists only the one 1651/1652 edition in Dutch ‘which is in fact Goos’s Zeespiegel with Janssonius’s imprint on a slip of paper’; he also records a 1654 English edition, known from one copy at Greenwich, which makes the same use of the printed title slip. The Wardington copy of the 1652-1653 Jansson edition utilises the overslip while also containing ‘two secondary titles’, not found in the present copy of the 1654 edition. See Koeman IV, pp.192-193, 201-202; Goos 17 (first Goos edition); Ja 2 (first recorded Jansson edition); Wardington sale, Sotheby's 18 Oct 2005, lot 209. 2 parts, first part in four books, folio (450 x 276mm). Title with engraved allegorical border, the letterpress section on a pasted slip, 60 double-page engraved plates numbered to 57, several also folding, engraved maps and views in text, costal profiles and other woodcut illustrations including two volvelles (title washed but affected by a few flecks of red ink, charts no. 21, 24 and some others with margins cropped close). Contemporary calf gilt, covers with large central lozenge within roll tool borders, armillary sphere at corners, gilt floral spine with label in one compartment, others with repeated sphere, black edges (recased, new endpapers).

133a (Conradus de Halberstadt u. Johanne